It's upsetting when I hear all the bad news coming out of Syria these days.
More refugees, more killing, heart break & suffering.

I first visited Syria back in 1999.
I had wonderful experiences. The people were gracious, warm and friendly.

Here are some pics taken during those times. Seems like it was 1000 years ago.

Aleppo. The citadel ...  (Arabic: قلعة حلب‎) is a large medieval fortified palace in the centre of the old city. It is considered to be one of the oldest and largest castles in the world. It is listed by UNESCO World Heritage. 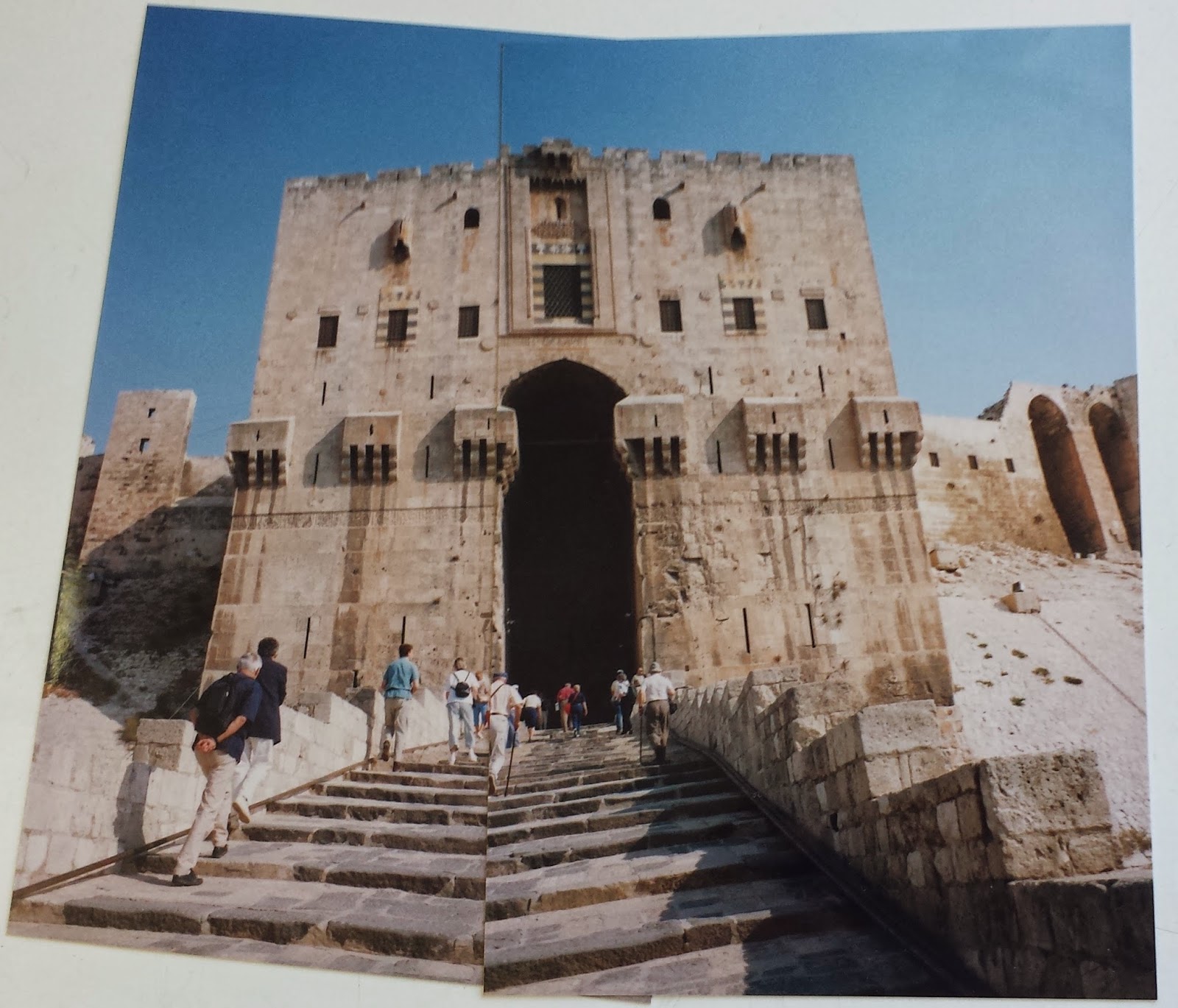 These pics were taken before digital panoramas. So please excuse my rather primitive attempts to paste them together (David Hockey style).

Below is a recent video of the citadel. Makes be very sad to see it's current state. 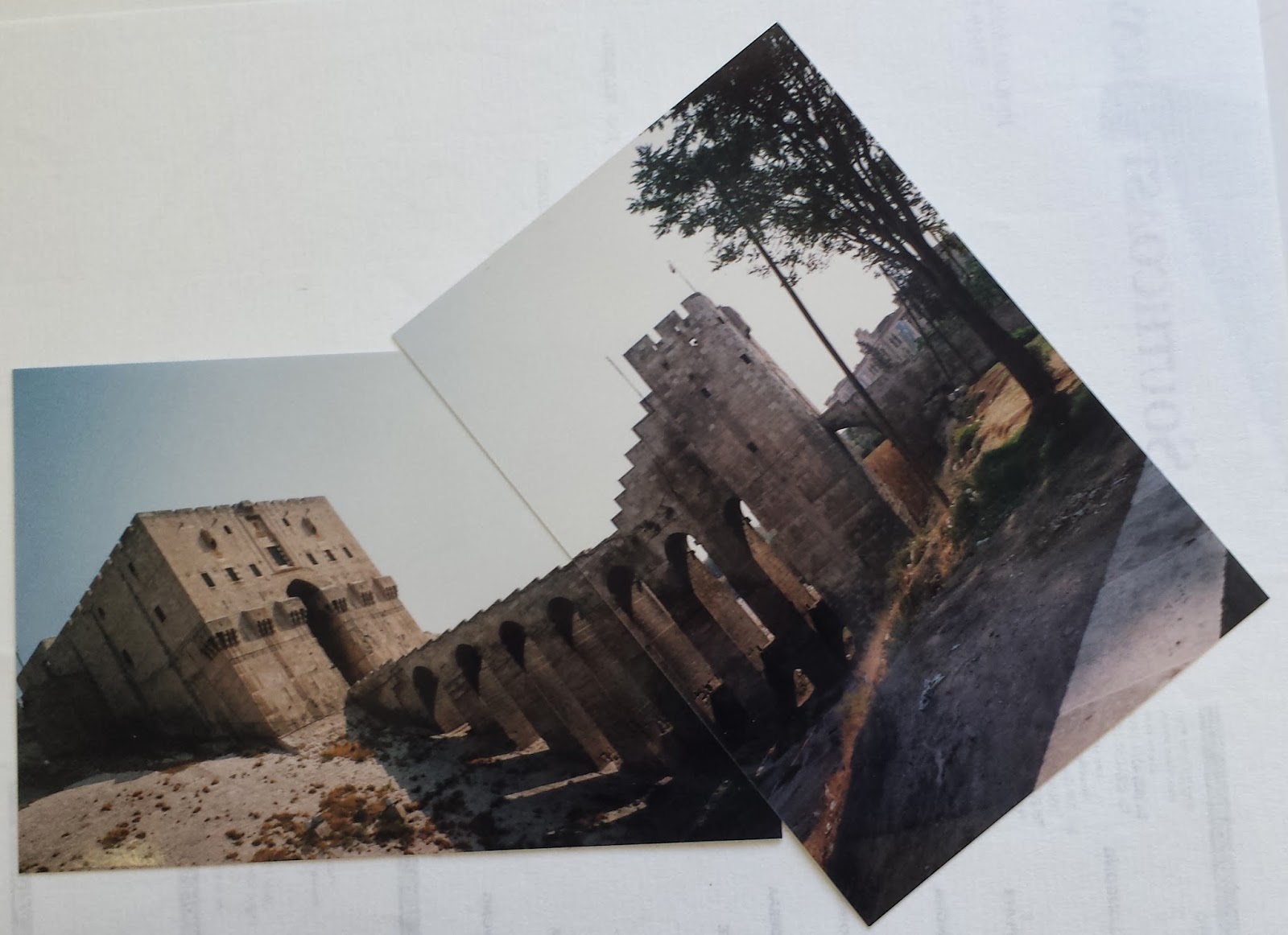 The Citadel bridge.. crosses the "moat". 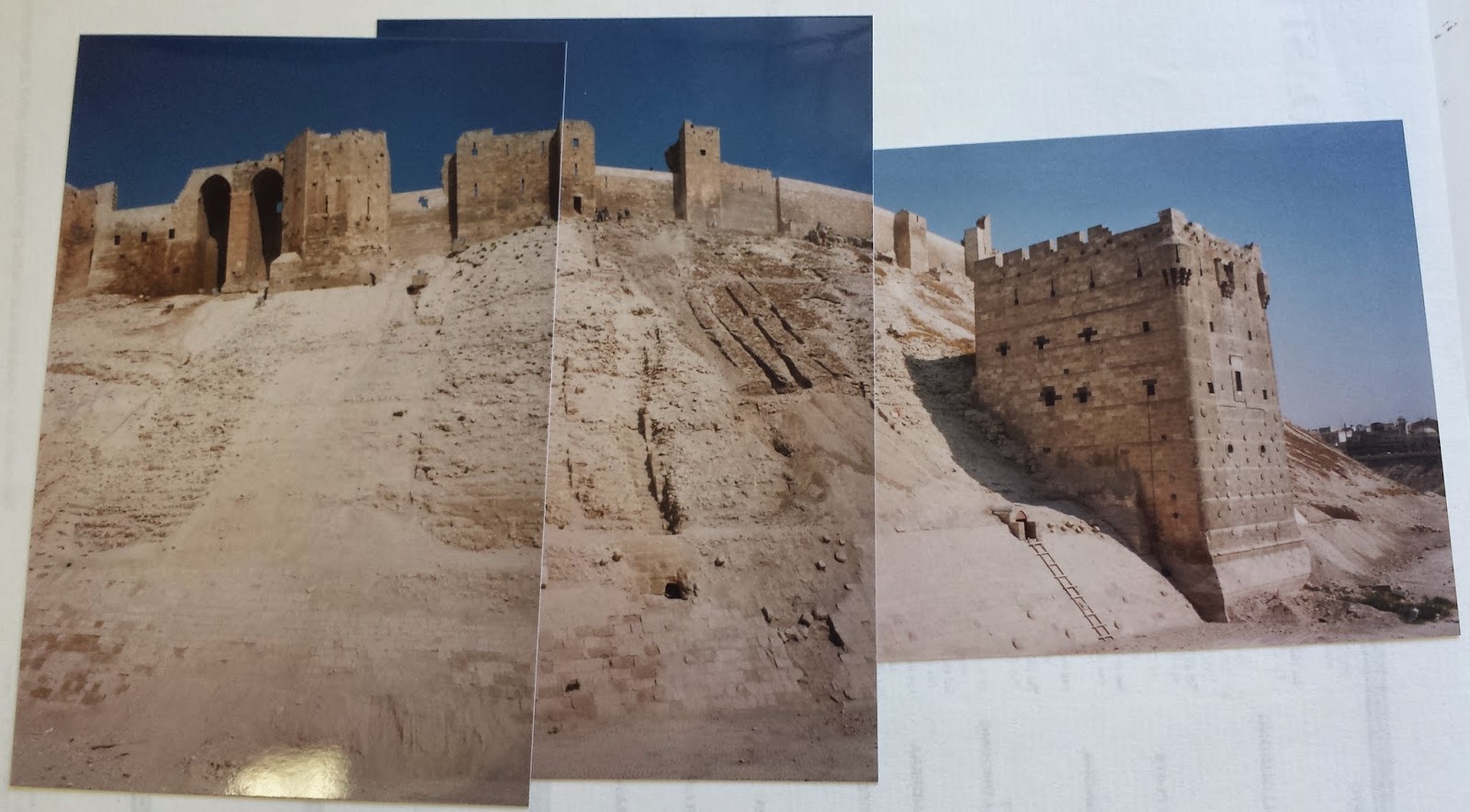 Several famous crusaders were imprisoned in the citadel, among them Count of Edessa, Joscelin II & the king of Jerusalem, Baldwin II. It was never captured by the crusaders. 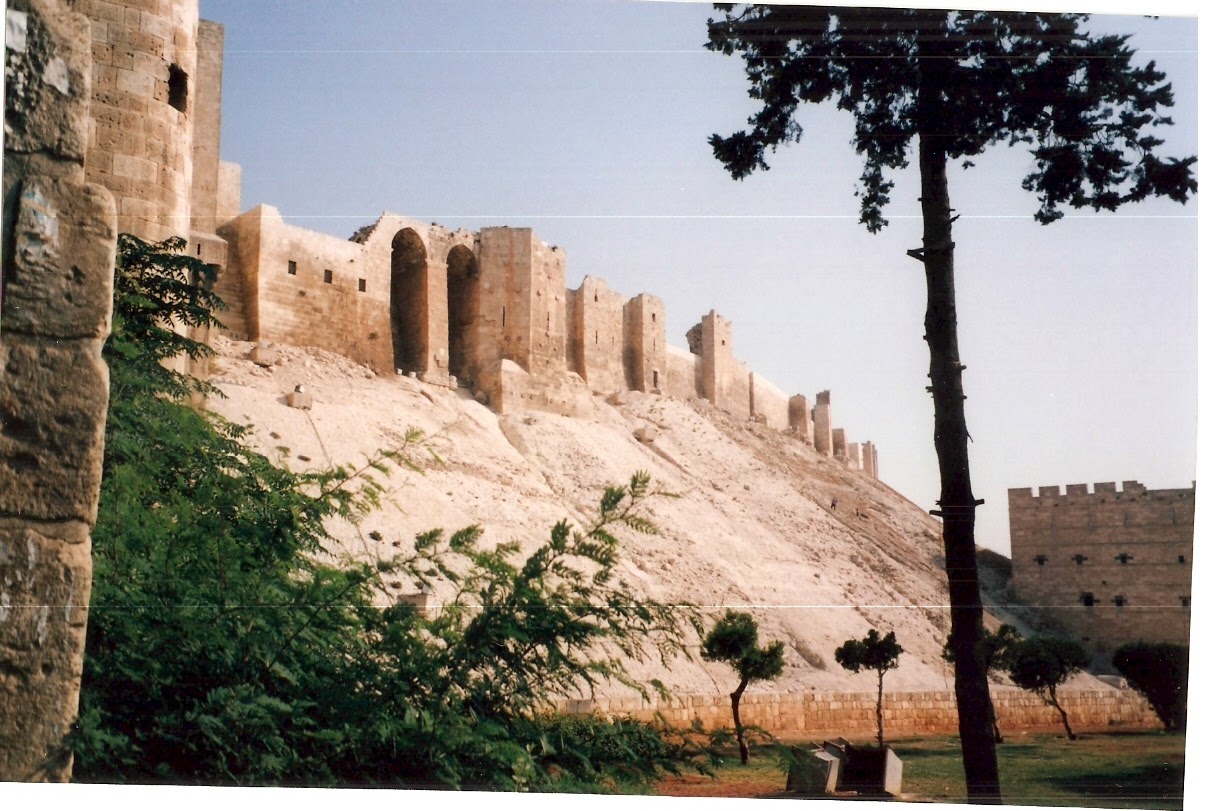 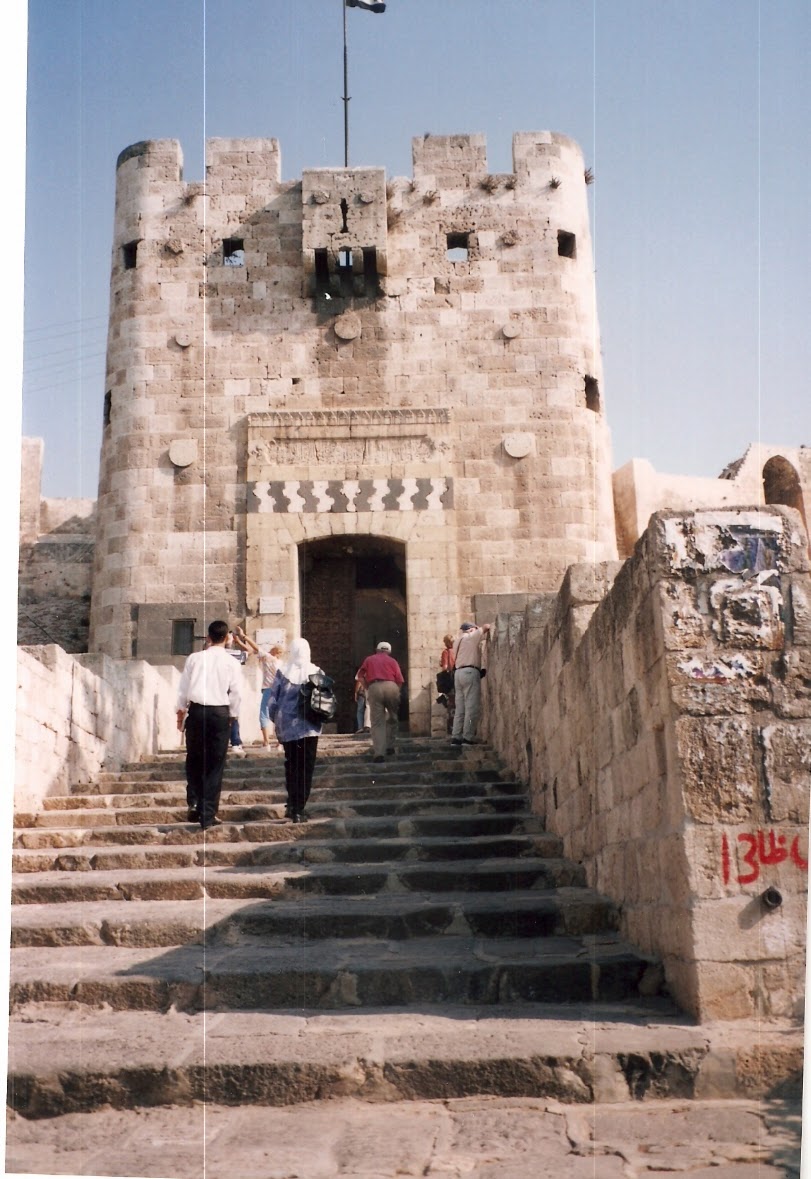 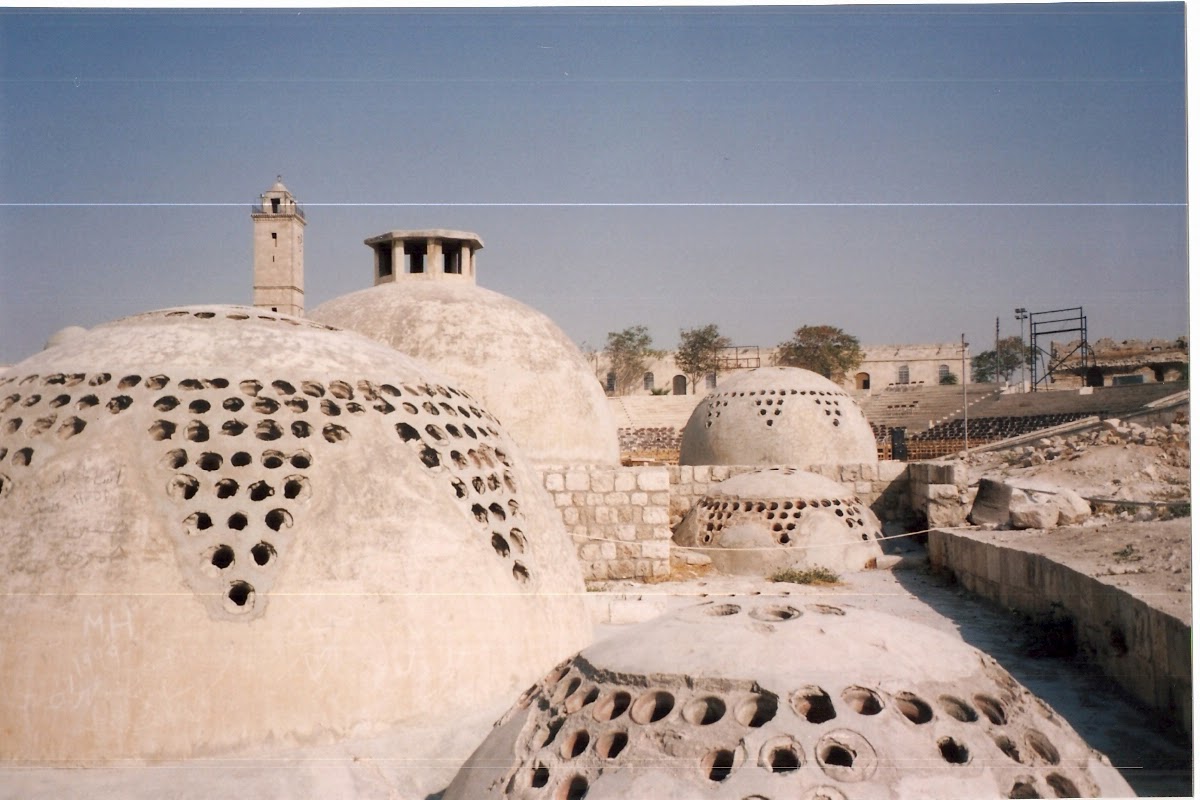 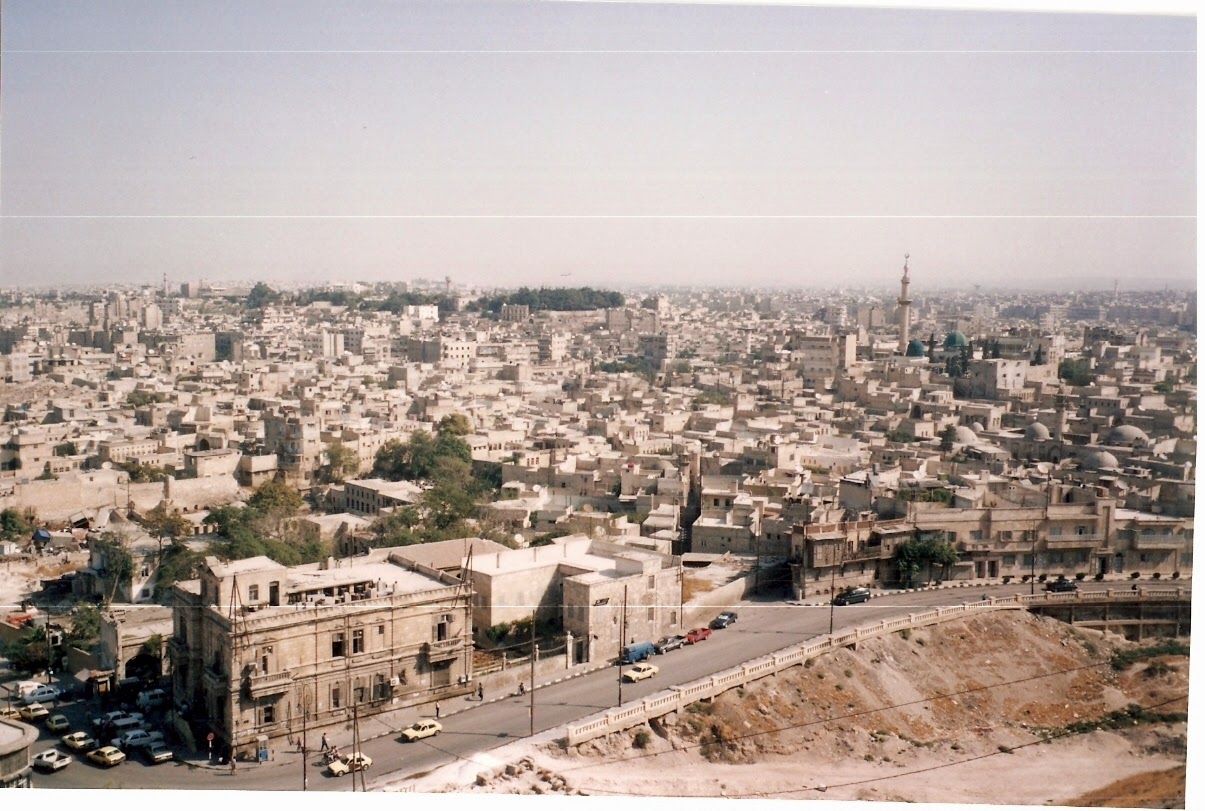 View from inside the citadel looking over the city of Aleppo. 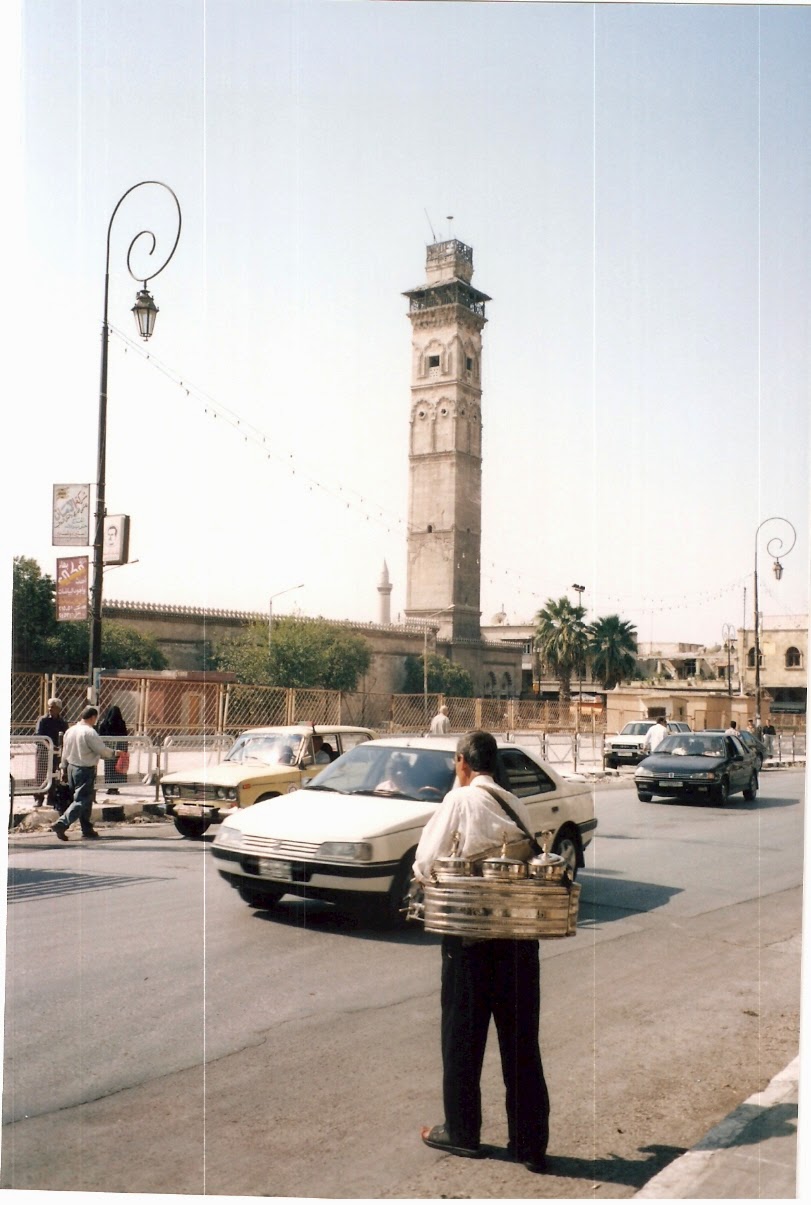 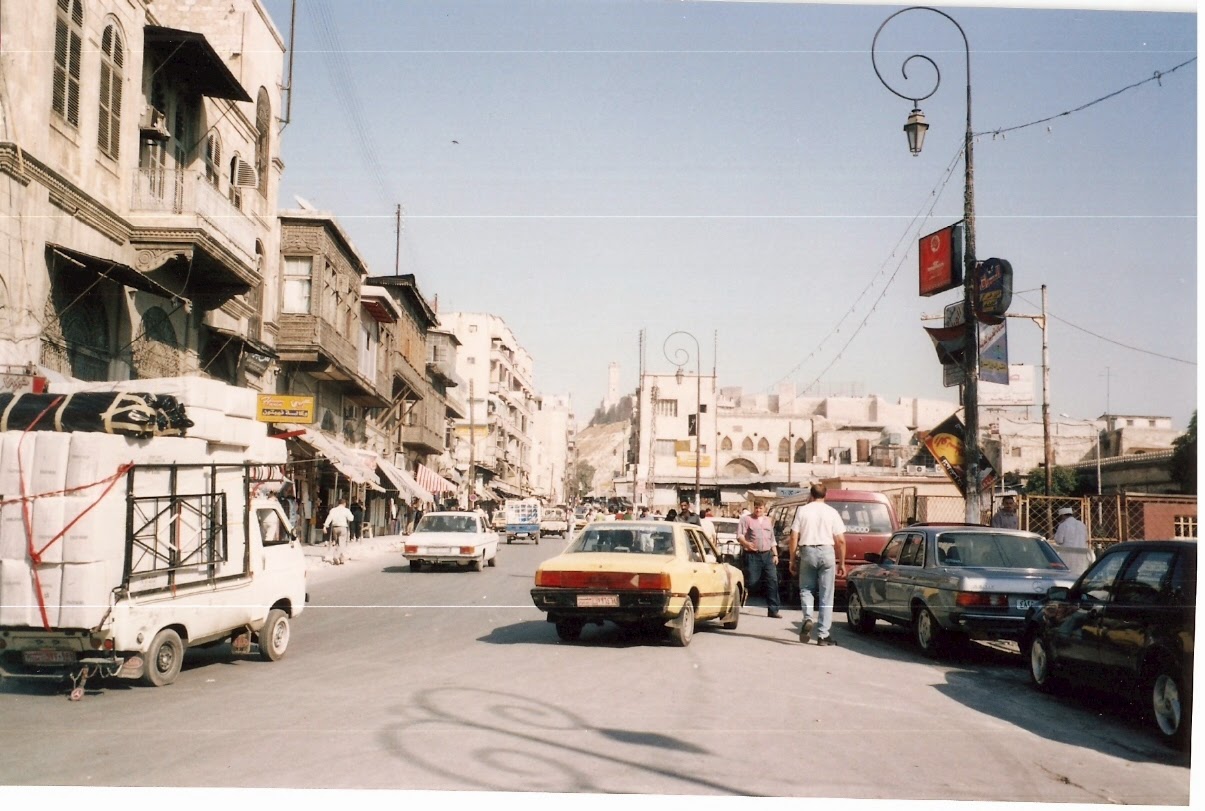 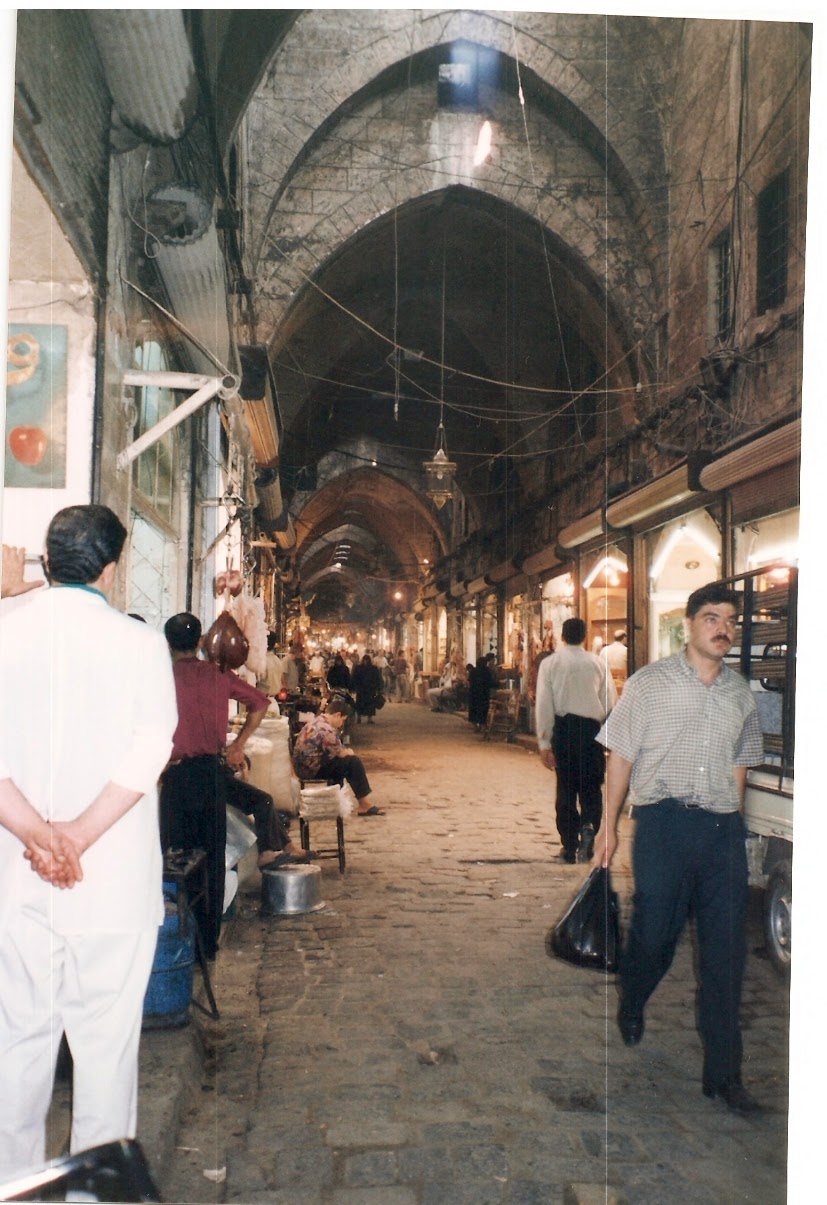