These are my build notes for a Euro format Serge Resonant EQ Mk. II.
Mk. II daughter board and Mk. II panel by Clarke 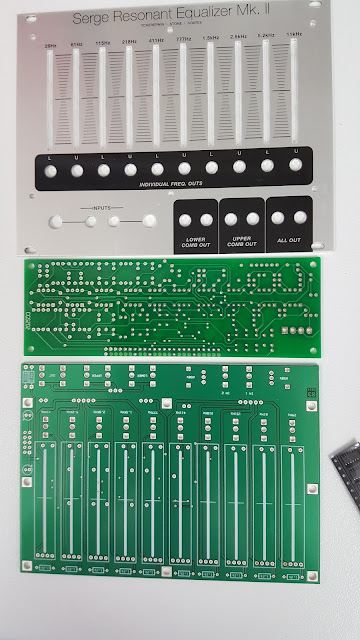 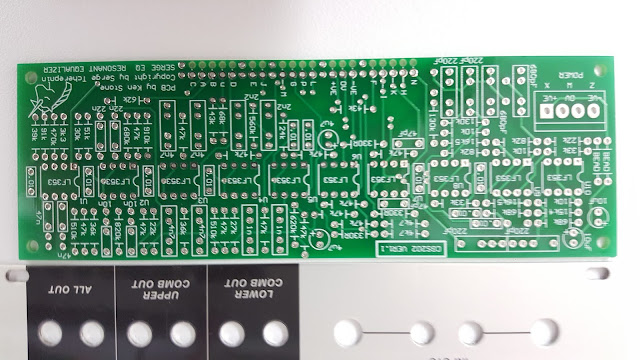 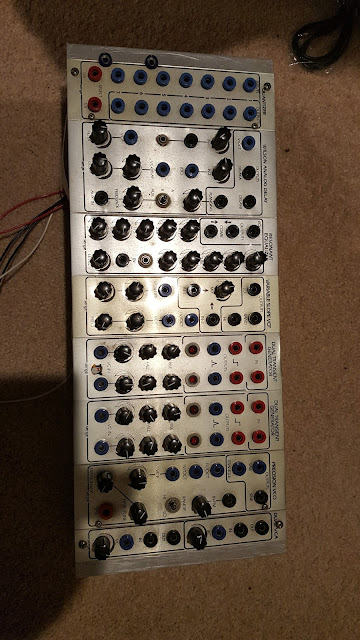 Above is a pic of a vintage Serge Res equaliser.
It's the 3rd module from the top. It's very compact in comparison to the Euro version and doesn't have
the extra outs from the 10 filter bands. And pot's are used instead for sliders. 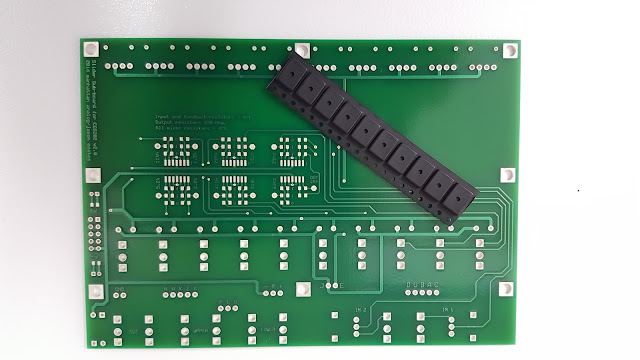 Official BOM for the daughter board: 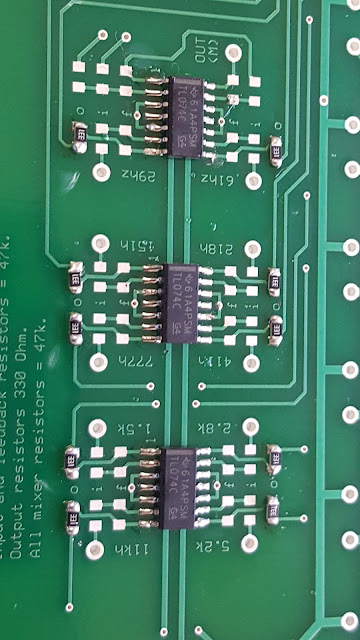 These are the 330R resistors.... outboard resistors. 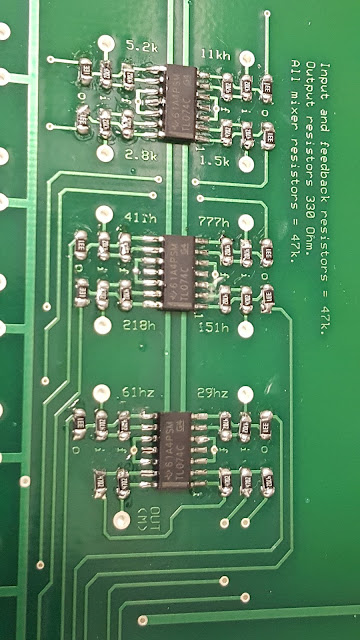 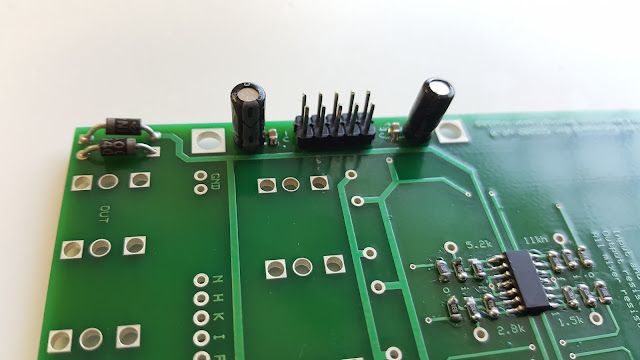 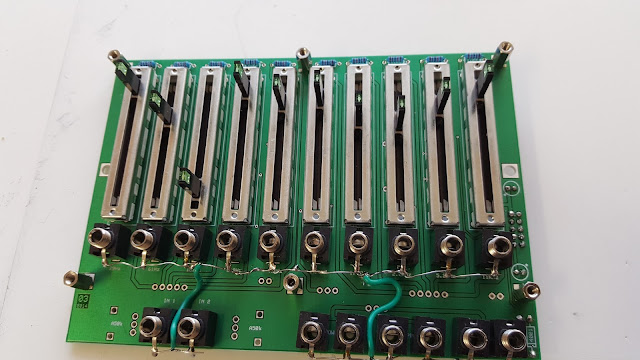 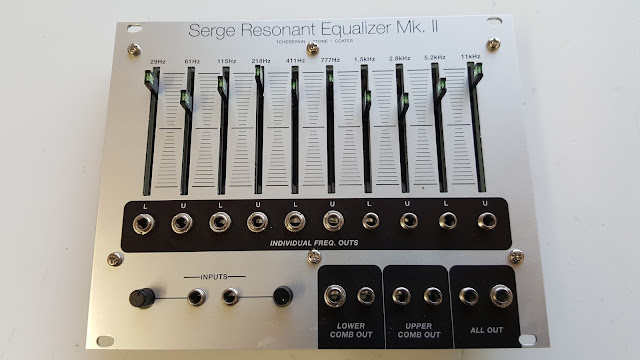 Now for the main PCB. 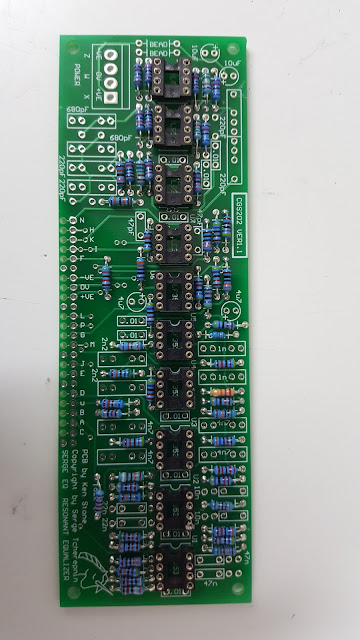 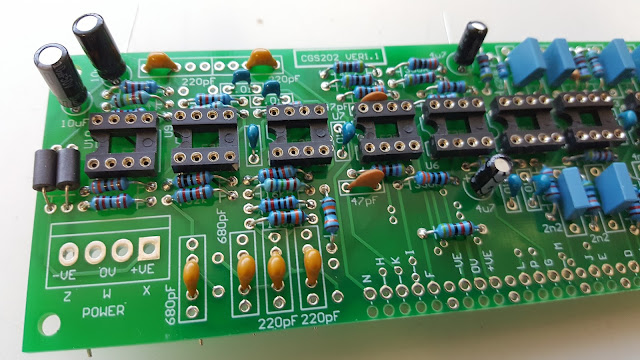 What capacitors should I use ???

For this build I'm using ceramics for the 680pf & 220pf. The jury is out on whether axial polystyrene sound better. The price difference is considerable.
I'll use Axial poly's in my next build if I can detect a difference between this build and my vintage
Resonant Filter. . 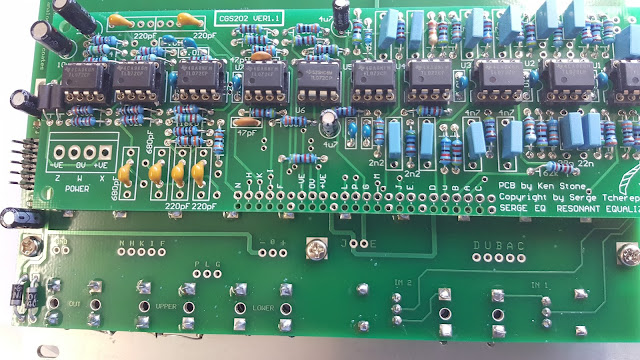 It's now time to wire up the two PCBs. 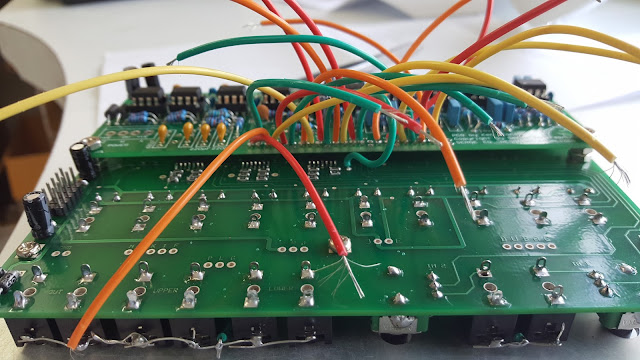 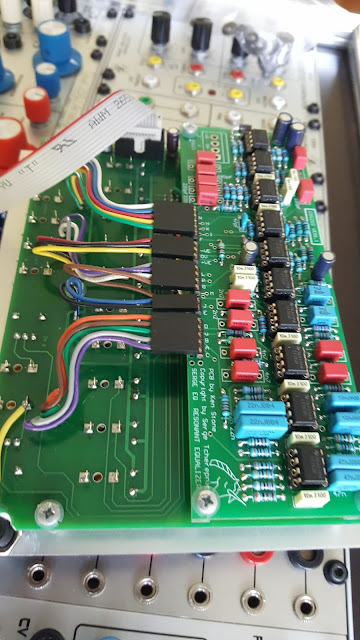 This makes for easier trouble shooting. 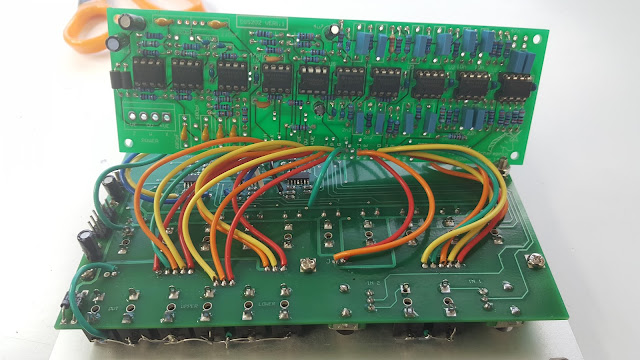 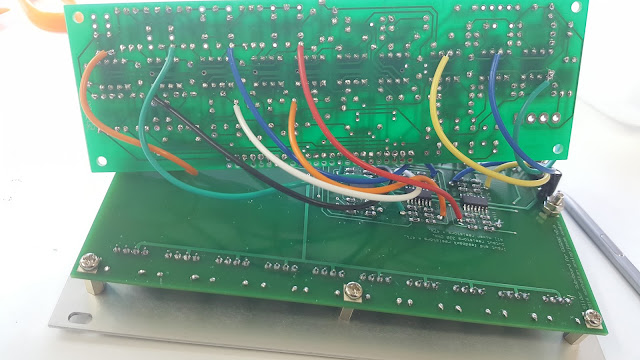 This is not part of the original CGS build. Took a bit of schematic study and trial & error to work out where
to where to make the connections. they were basically the outs pins of the ten TL072s.. pins 1 & 7 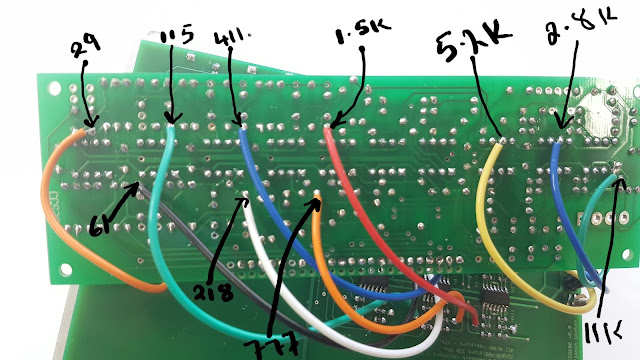 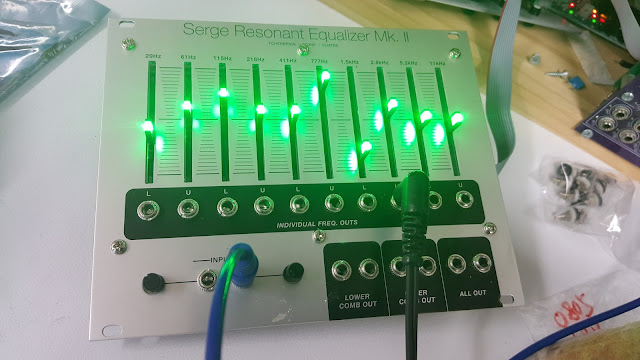