Some pics taken in Petra, Jordan. Capital city of the Nabataeans. 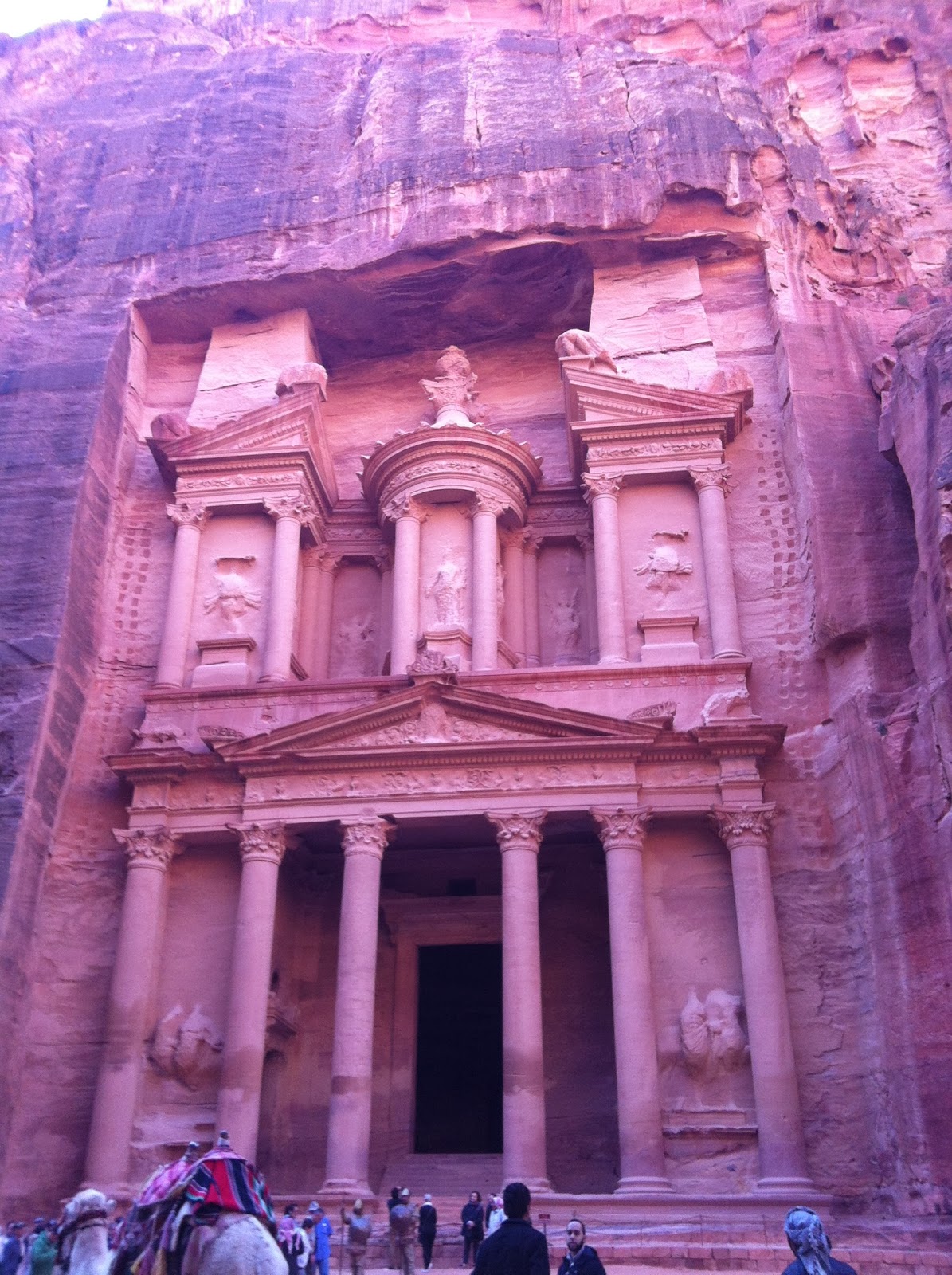 The Treasury. Al Khazneh. dated around 1st century BC. Cut right out of the sandstone cliff.
A nice fusion of Greek & Middle Eastern Architecture.
It's quite amazing how well preserved it is. Probably due to its well protected location in the valley.
The details in the upper capitals are still crisp... like they were carved yesterday. 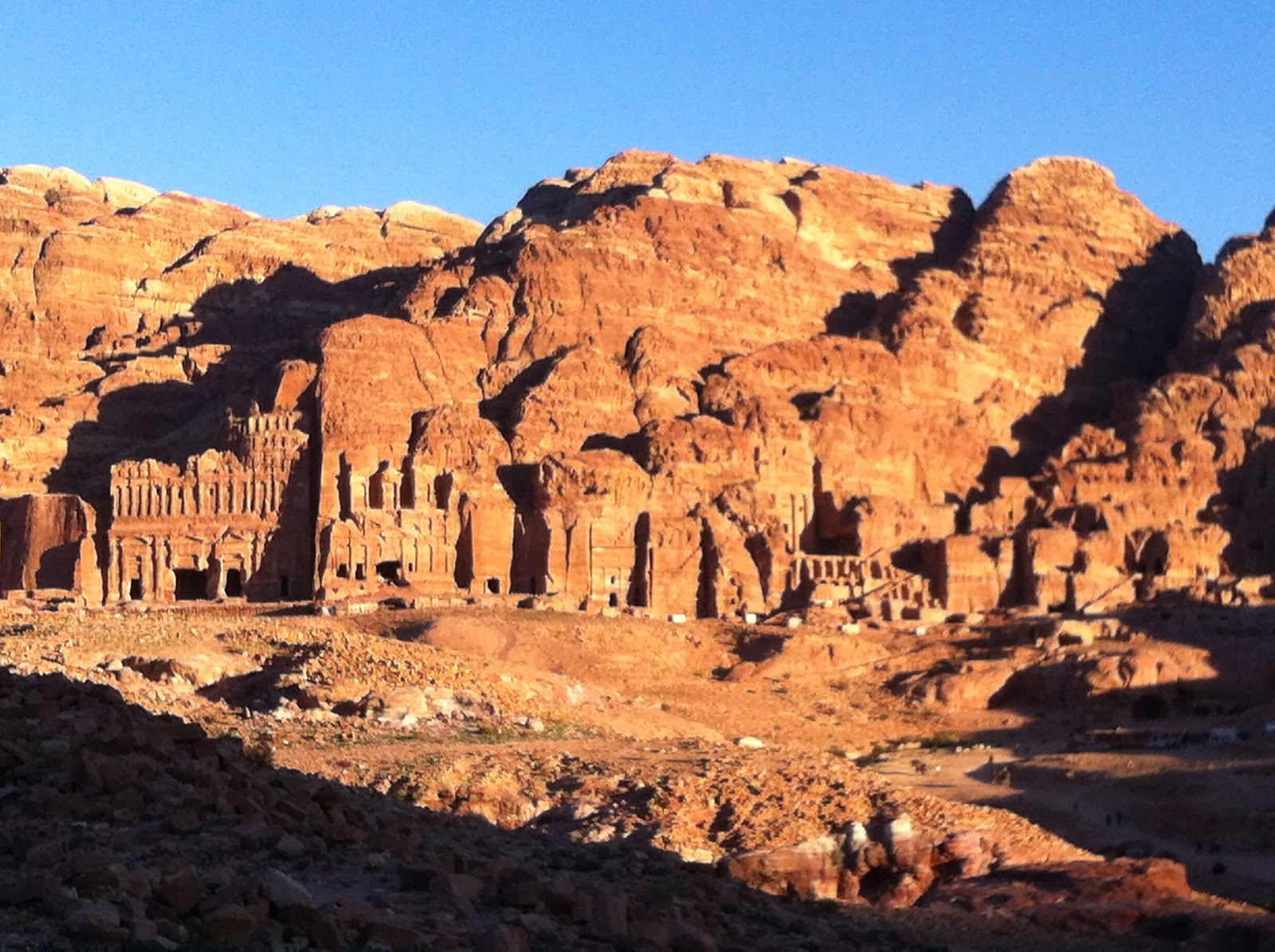 Petra was discovered as late as 1812 by Swiss explorer Johann Ludwig Burckhardt. 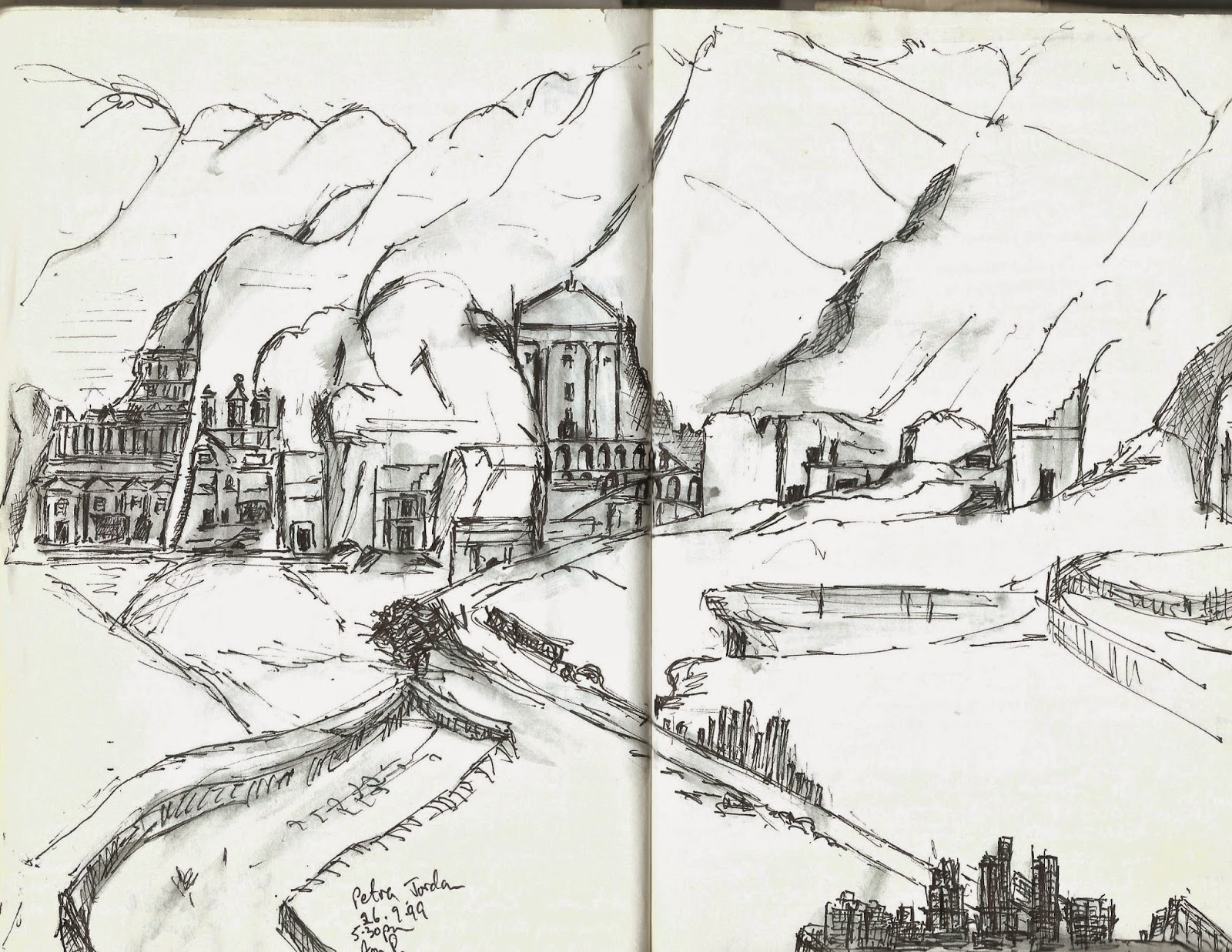 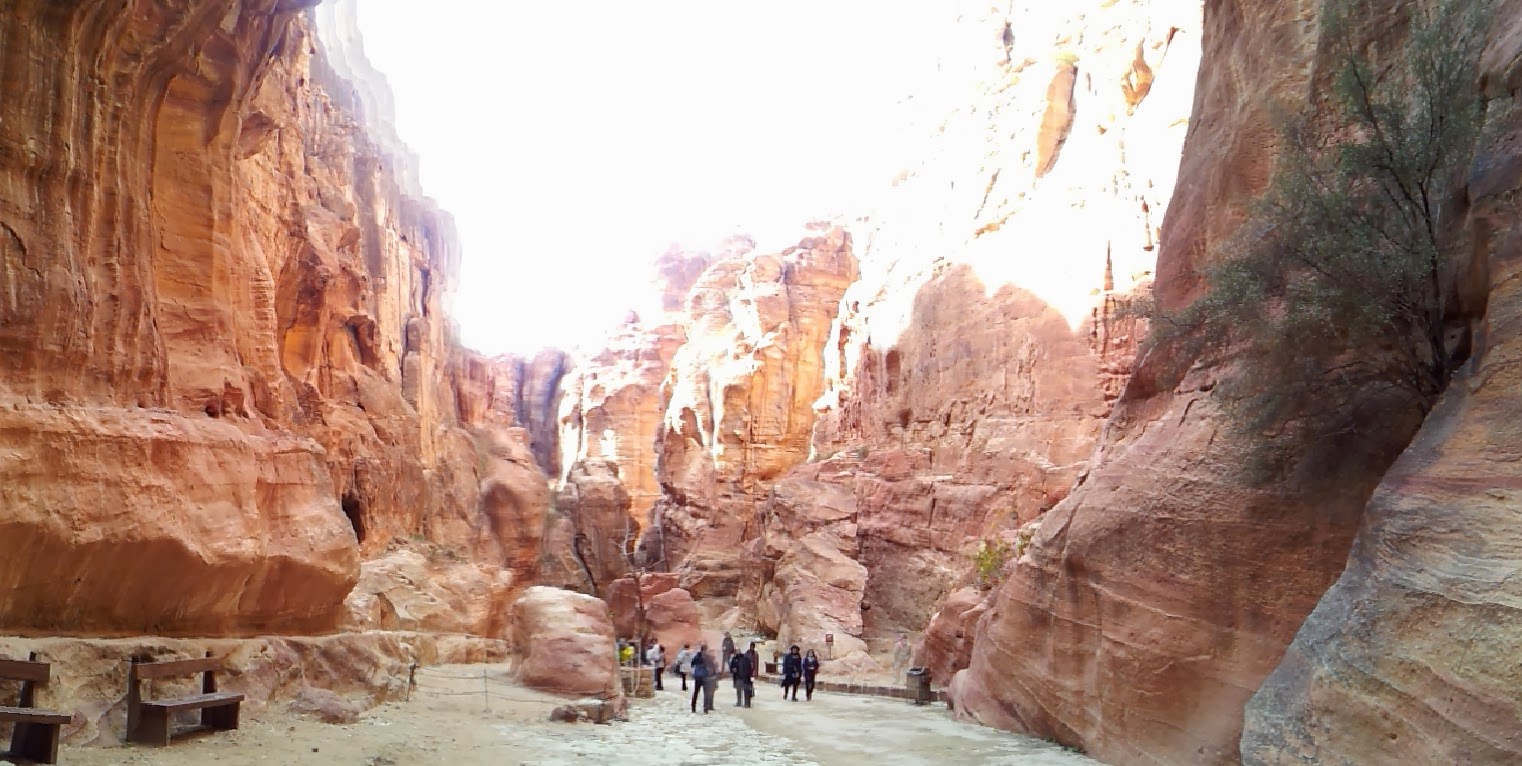 This is the eastern entrance to the city. Its a dark, narrow gorge called the Siq (The Shaft). About 1.2 Km long it at times opens up into large sunlit spaces. Dotted with trees here & there, you walk over ancient Roman/Nabatean road.

The place of high sacrifice. Perched high above Wadi Musa there are dramatic views over Petra below.
The two 6m obelisks  probably probably represent the chief male and female Nabatean deities, Dushara and al-Uzza. Whats amazing is that these are solid. The mountain top was removed to leave them standing.

Most likely animal sacrifice, ritual exposure of the dead (as practiced by Zoroastrians of Persia) and offerings to the god Dushara took place here. Did human sacrifice occur?  Maybe, though no one is certain.

This is the view from the place of high sacrifice as are the two directly below.

The amphitheatre has been cut directly into the hillside. Dated to the 1st Century AD its most likely
Hellenistic not Roman. The Greeks tended to build their theatres into the natural hillside.
The Romans probably restored the theatre after they took over. Seats about 9,000.

The Monastery ... 1st century BC. Dedicated to the god Obodas. Getting here is a hour's hike from the city centre (1.5 hrs from the Treasury). It's well worth the effort.... hiking up through rocky gorges. Lots to see along the way.

The name "Monastery" is a misnomer. It was probably a temple dedicated to King Obodas I. He was worshiped as a god after his death.

Though not as ornate as the Treasury it looks like it's much bigger. Carved out of the side of the mountain it dominates the surrounding landscape.

View of the Monastery from the "High Place". Breathtaking views over Petra.

Email ThisBlogThis!Share to TwitterShare to FacebookShare to Pinterest
Labels: Travel (Not Synth Related)