These are the build notes for the nonlinearcircuits Hyper Wein eurorack module.


The HW is a hyper chaos module based around the Wein Bridge Oscillator with vactrol control.
The video above is a test of this hyperchaotic circuit in a x-y plotter.

When building this module use 1% tolerance resistors.

"It really justs gets into its groove and bounces around at 1Hz or so, with the vactrol control unsettling it ...sometimes". 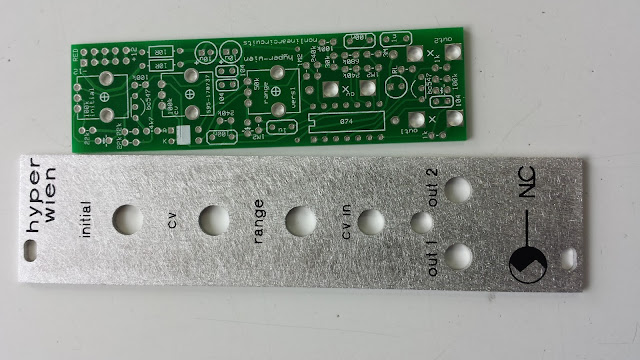 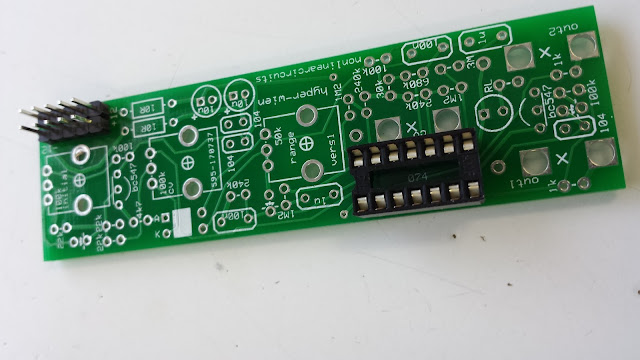 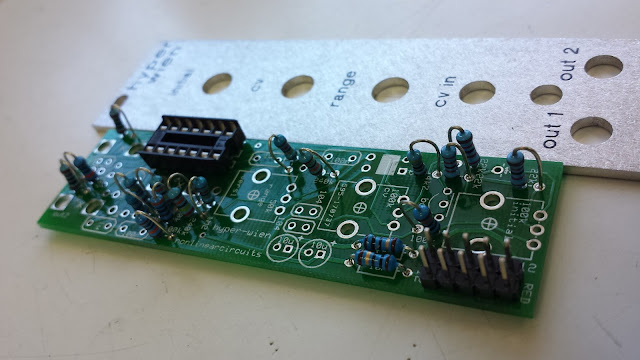 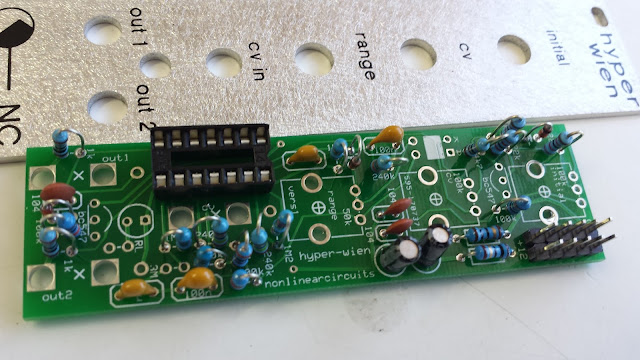 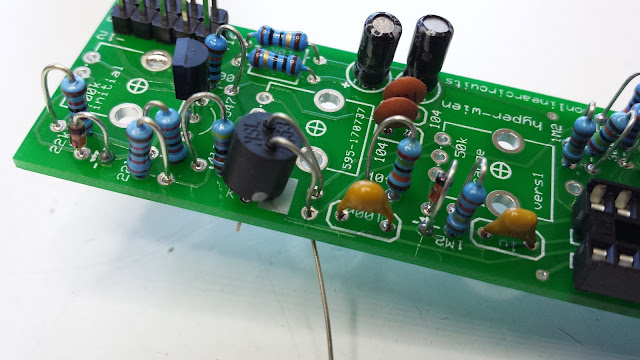 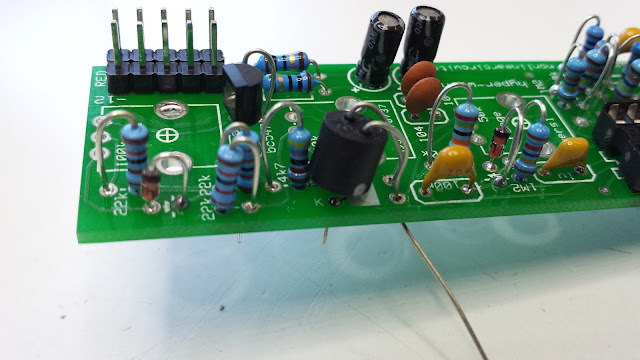 The dot on the vactrol is the cathode of the LED side. On the PCB, K = cathode. 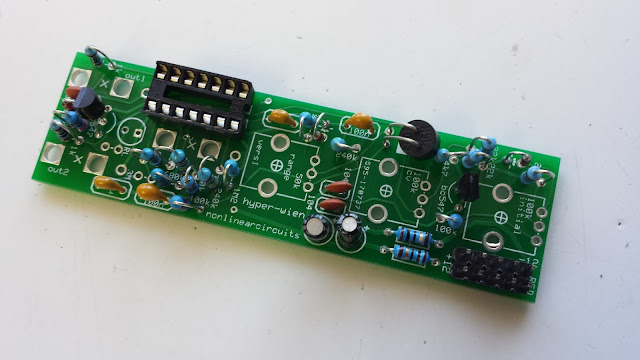 Next the pots & jacks: 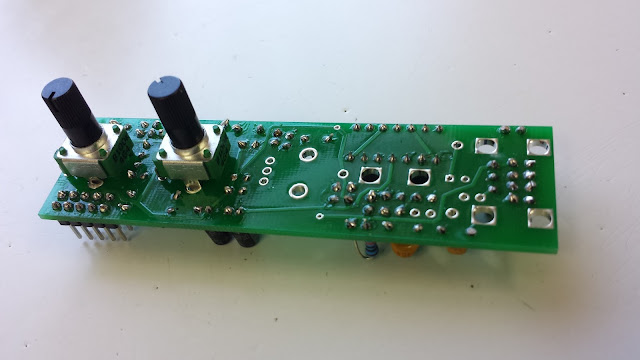 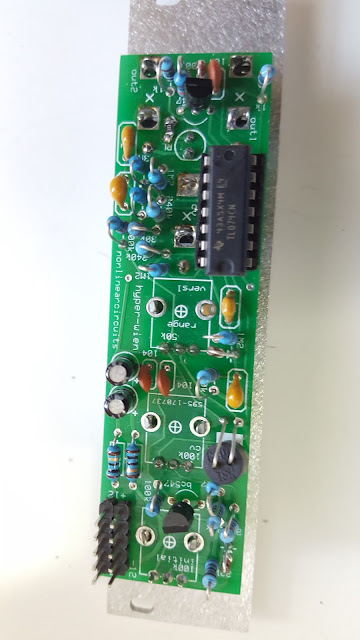 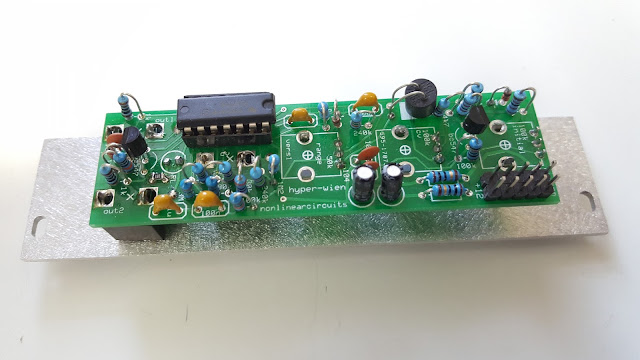 I ended up using a 330ohm resistor for the LED resistor. 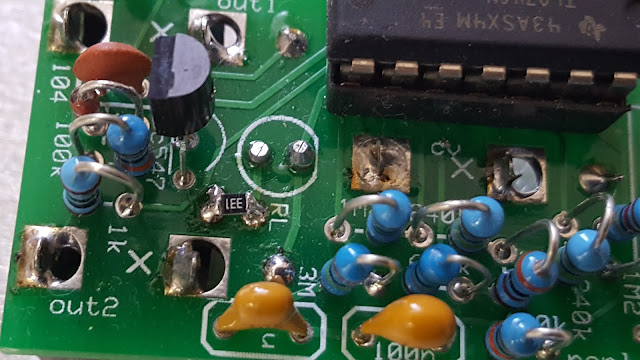 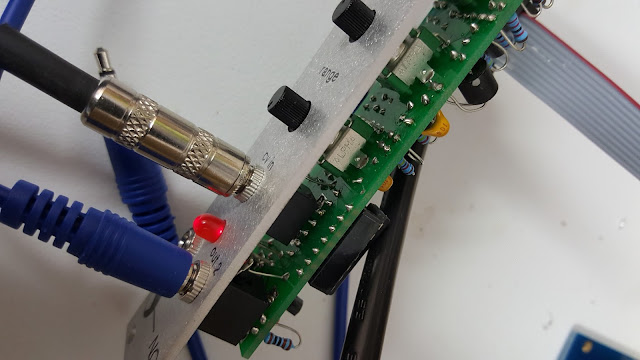 A footnote:
The hyper is a sensitive little thing.
Very much depends on components  which need to be very accurate. It has a very narrow range of action.


Initially, all I was getting were sine waves. Andrew suggested I try looking at the 680k and 33k resistors. 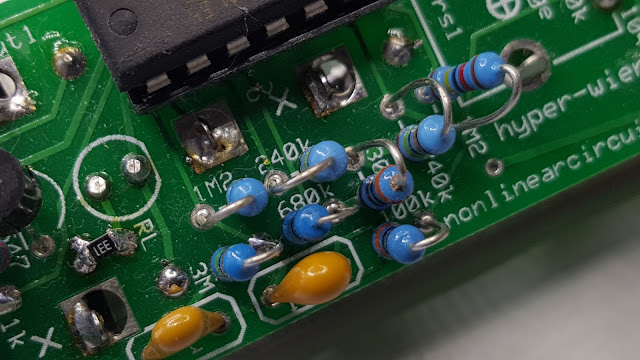 These are in series to give 713k, but in fact we really need 710k........705k is too low and you only get sine, same case for 720k.
Unfortunately that 710k also depends on other parts being accurate to their declared value. 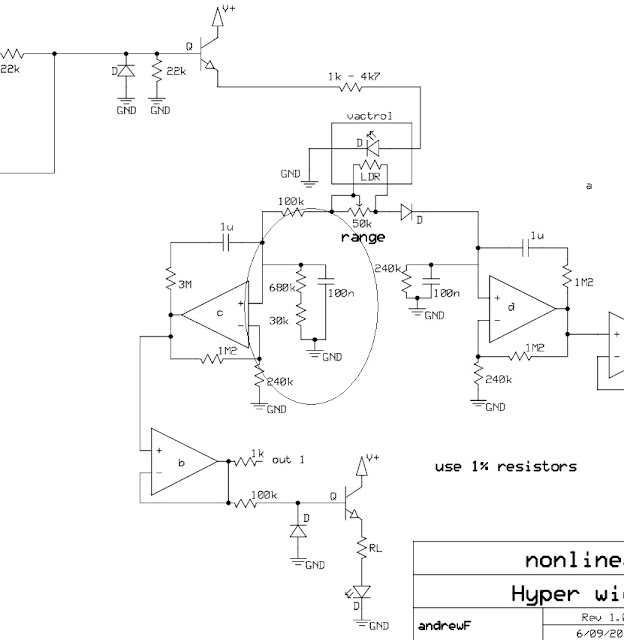 Andrew suggest replacing the 33k with 30k, then try 27k.
I removed the 33K resistor put in a 50k trimpot and tried to dial in the action, cos it probably won't be exactly 710k.
Have your panel pots at about 5-6 when doing this. 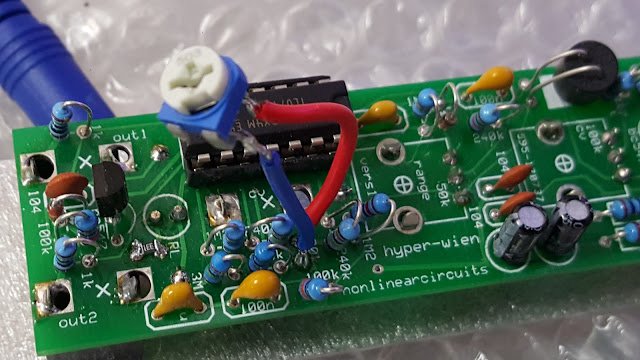