I paid a visit to Fremantle over the weekend. It was an opportunity to catch up with some old friends.
& check out the CellF synth project that my mates Andrew & Nathan of  NLC have been so involved with lately (more about that in the next post).

While I was there I decided to spend a night in Fremantle Prison. No, I haven't been arrested for being out of tune. I actually paid to sleep here :-) 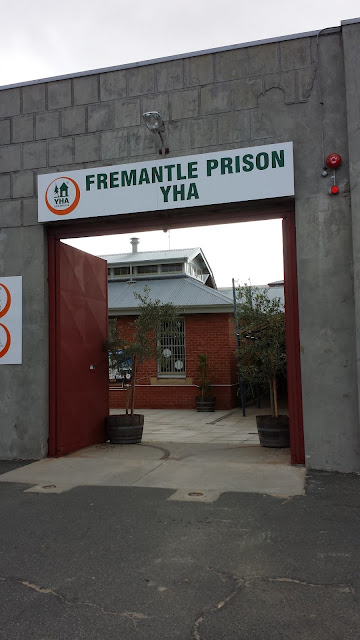 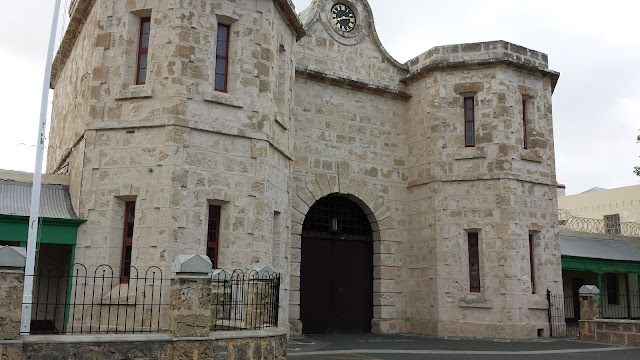 Fremantle Prison was built by convicts. First opened in 1855, it was only decommissioned in 1991.
It is the largest and most intact convict built prison in Australia and is Western Australia’s only World Heritage Listed Building. 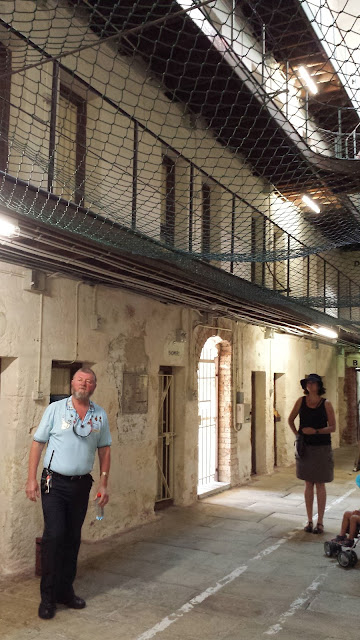 The prison had very poor sanitation in the 19th century and things didn't improve much into the 20th century. This culminated in a 1988 riot with guards taken hostage, and a fire that caused $1.8 million worth of damage. When the prison closed in 1991 it was replaced by the new maximum-security Casuarina Prison. 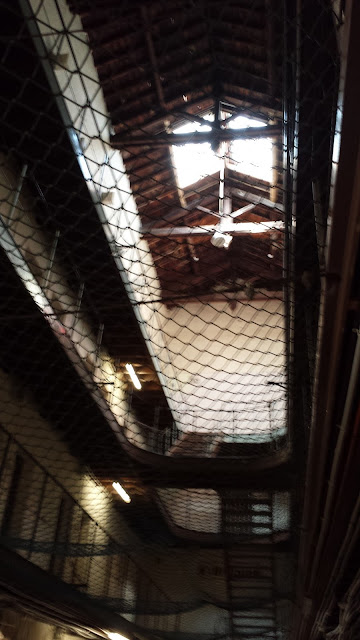 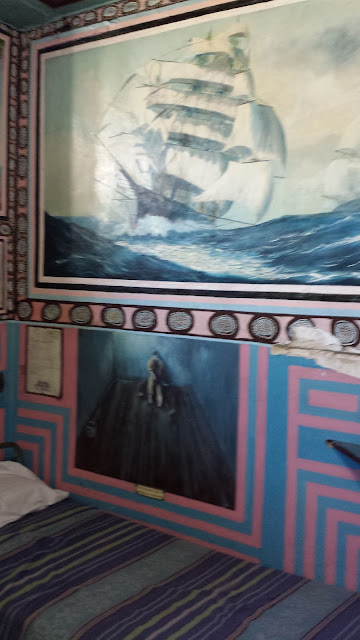 Some art left by prisioners in their cells. 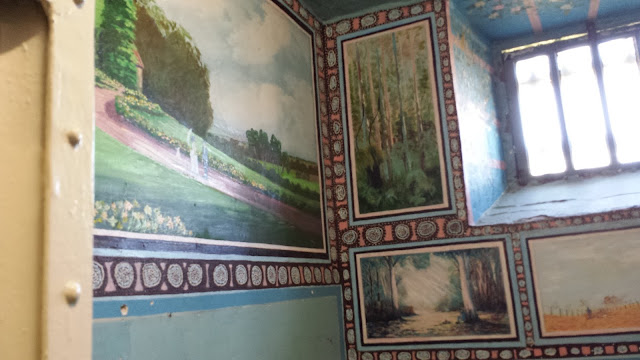 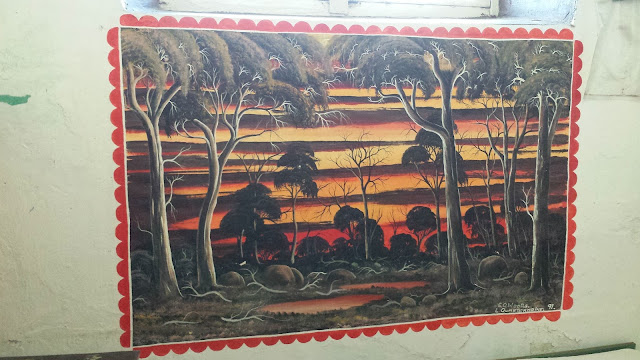 More than 40 hangings were carried out at Fremantle Prison, which was Western Australia's only lawful place of execution between 1888 and 1984. 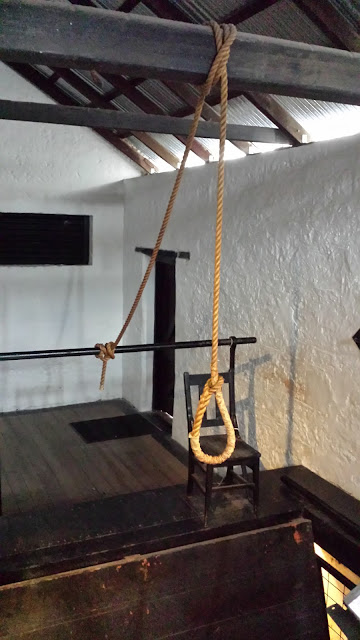 43 men and one woman were hanged in this period. Martha Rendell was the only woman. She died in 1909.
The last person to be hanged was serial killer Eric Edgar Cooke who was executed in 1964 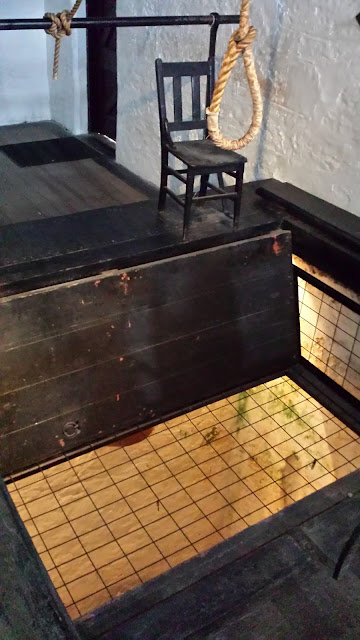 Capital punishment was formally abolished in Australia in 1967. Ronald Ryan was was the last ... he was hanged in Victoria. 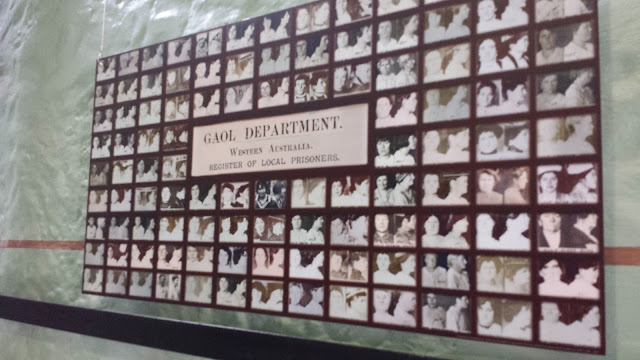 Over the last 140 years there have been many  escapees. These included Moondyne Joe and John Boyle O'Reilly. Also famous were six Fenians who escaped to the United States in the 19th century and Brenden Abbott in 1989. 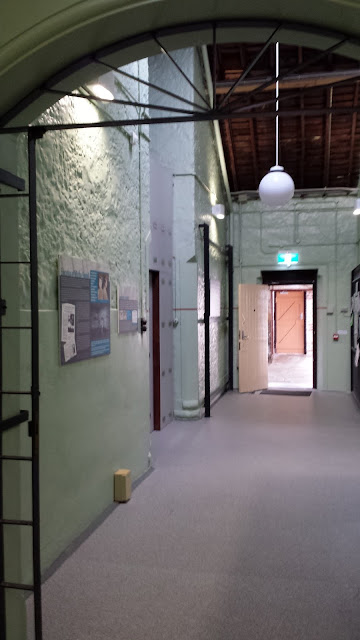 This is a part of the women's section which is now the YHA. 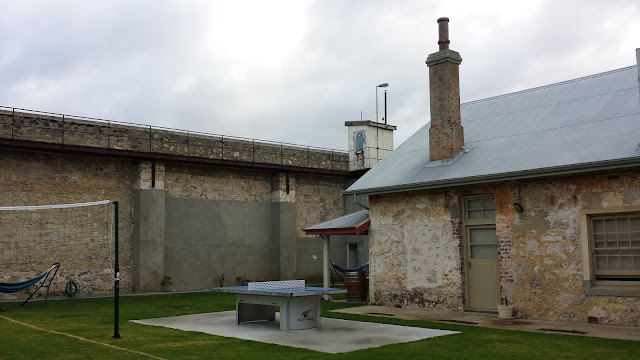 And No, I didn't see any ghosts. 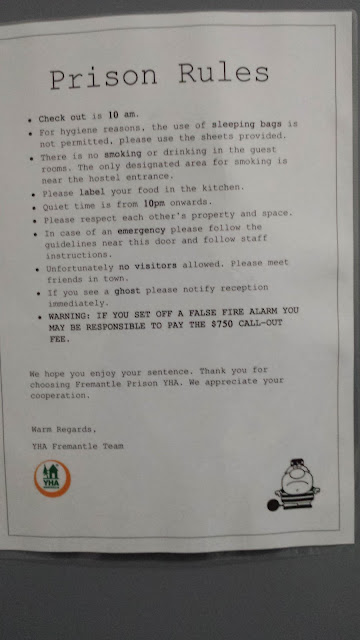