Breathtaking. This is the second largest station in Japan (after Nagoya Station) and is one of the country's largest buildings. 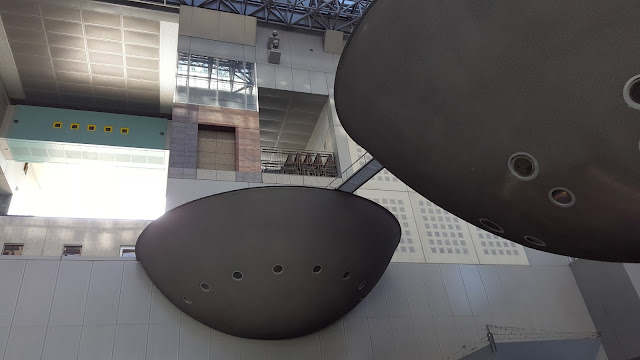 I think it's a futuristic masterpiece and should be on your "to do" list when you visit Kyoto, even if you're not into modern architecture. 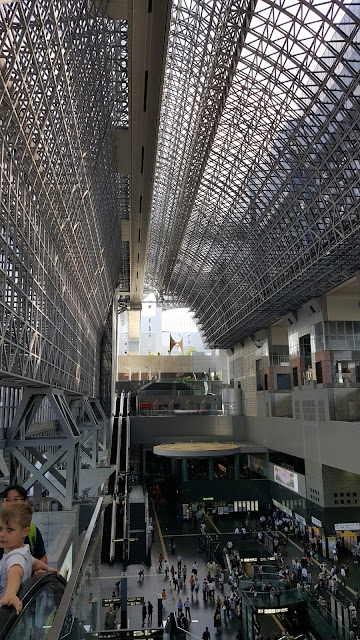 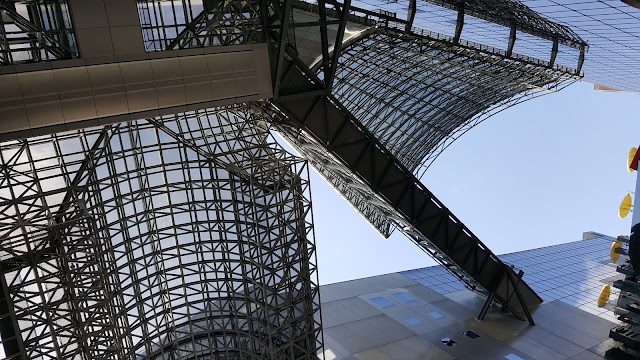 The architect was Hiroshi Hara.
He was a professor at the University of Tokyo until 1997, and has held an emeritus position since that time.
Hara's other buildings include the Yamato International Building in Tokyo 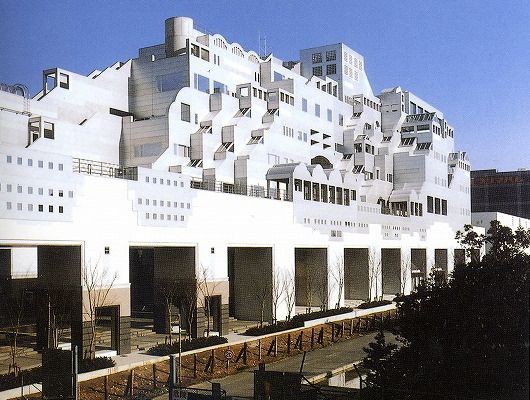 and the Umeda Sky in Osaka. 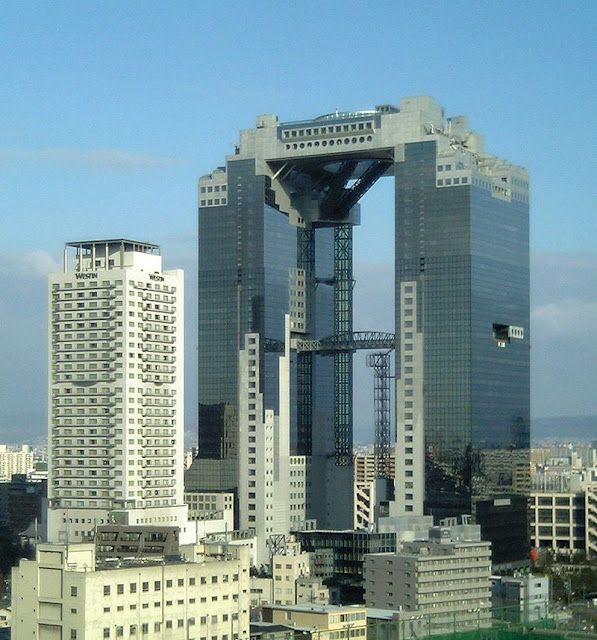 Back to the train station: 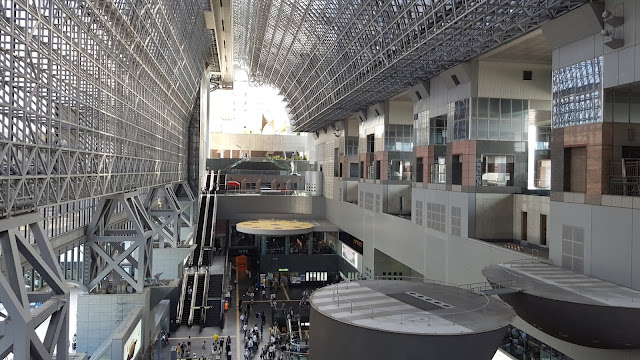 The interior is a cathedral of glass and steel. Which reminds me a bit of the Musee D'orsay in Paris.

Both are train stations ...beautiful, though separated by a century. 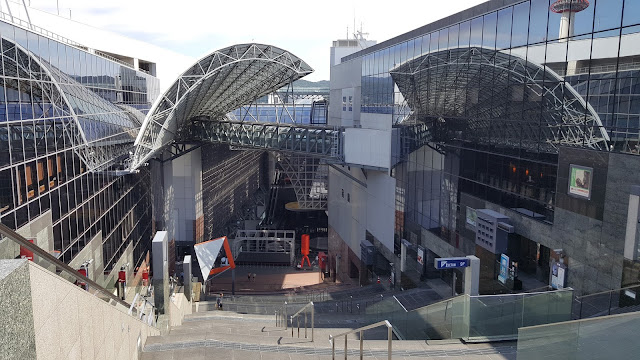 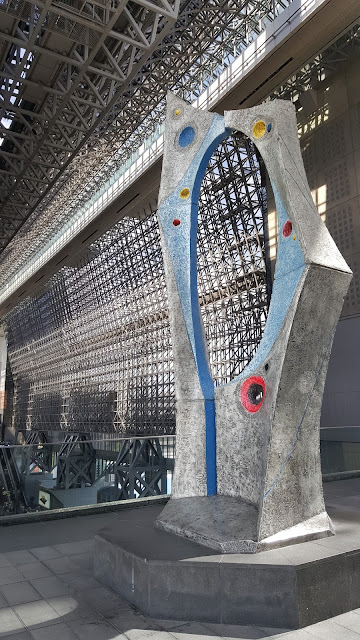 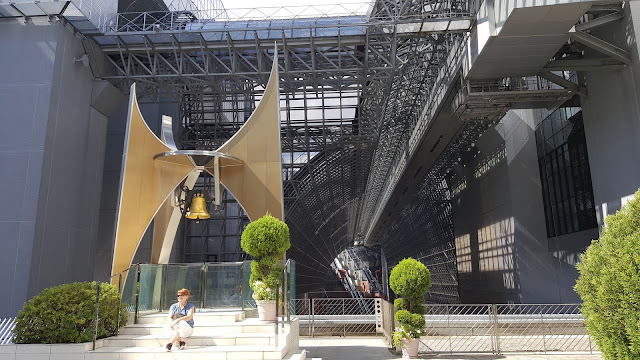 Take the escalator from the 7th floor on the east side of the building up to the 11th-floor glass corridor, Skyway (open 10am to 10pm). 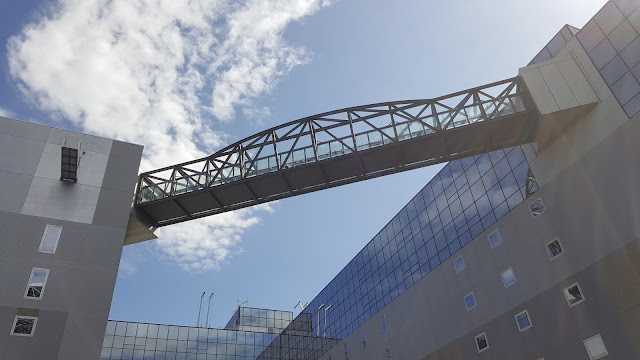 The Skyway is open 10am to 10pm. It runs high above the main concourse of the station. 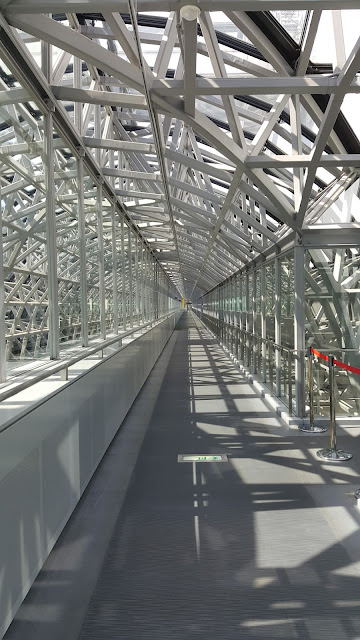 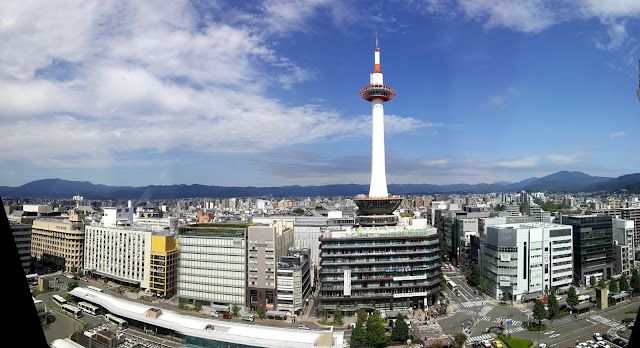 Panorama of the Kyoto Tower and surrounds from the train station.