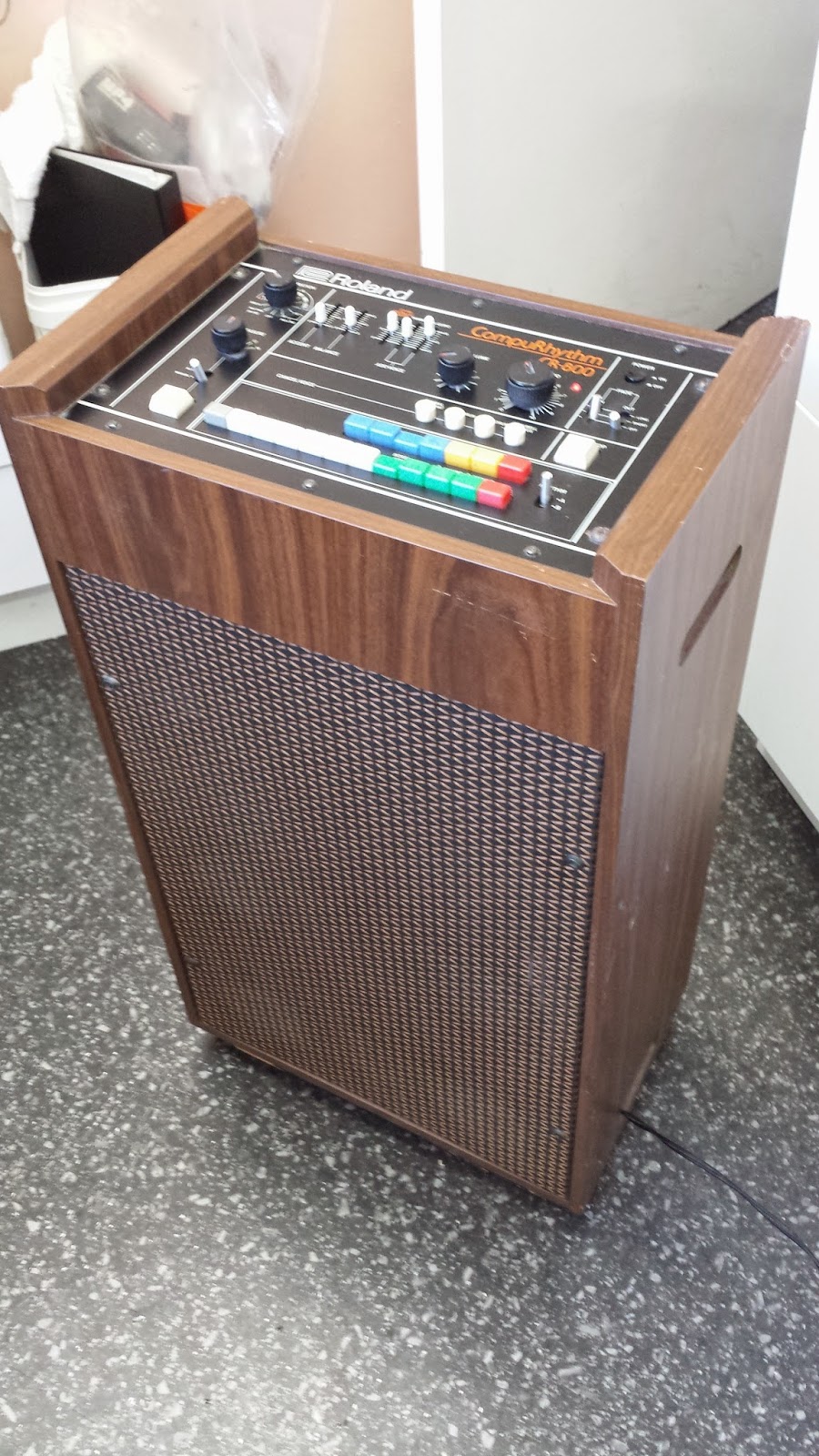 She has quite a beautiful wood veneer.

This standing upright configuration was common with companies such as Korg (eg: DA20 DoncaMatic rhythm machine), 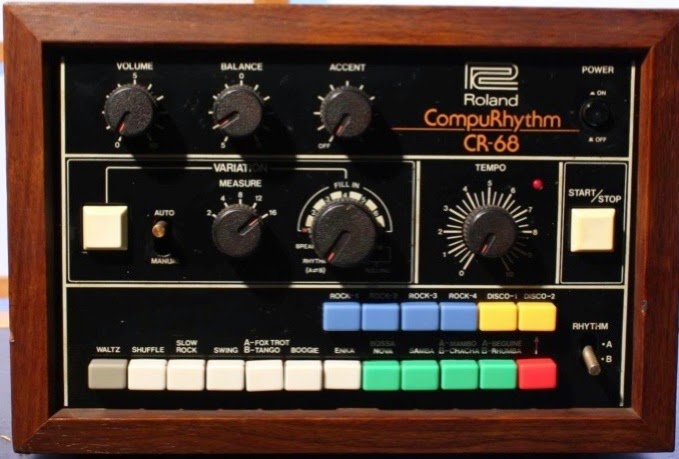 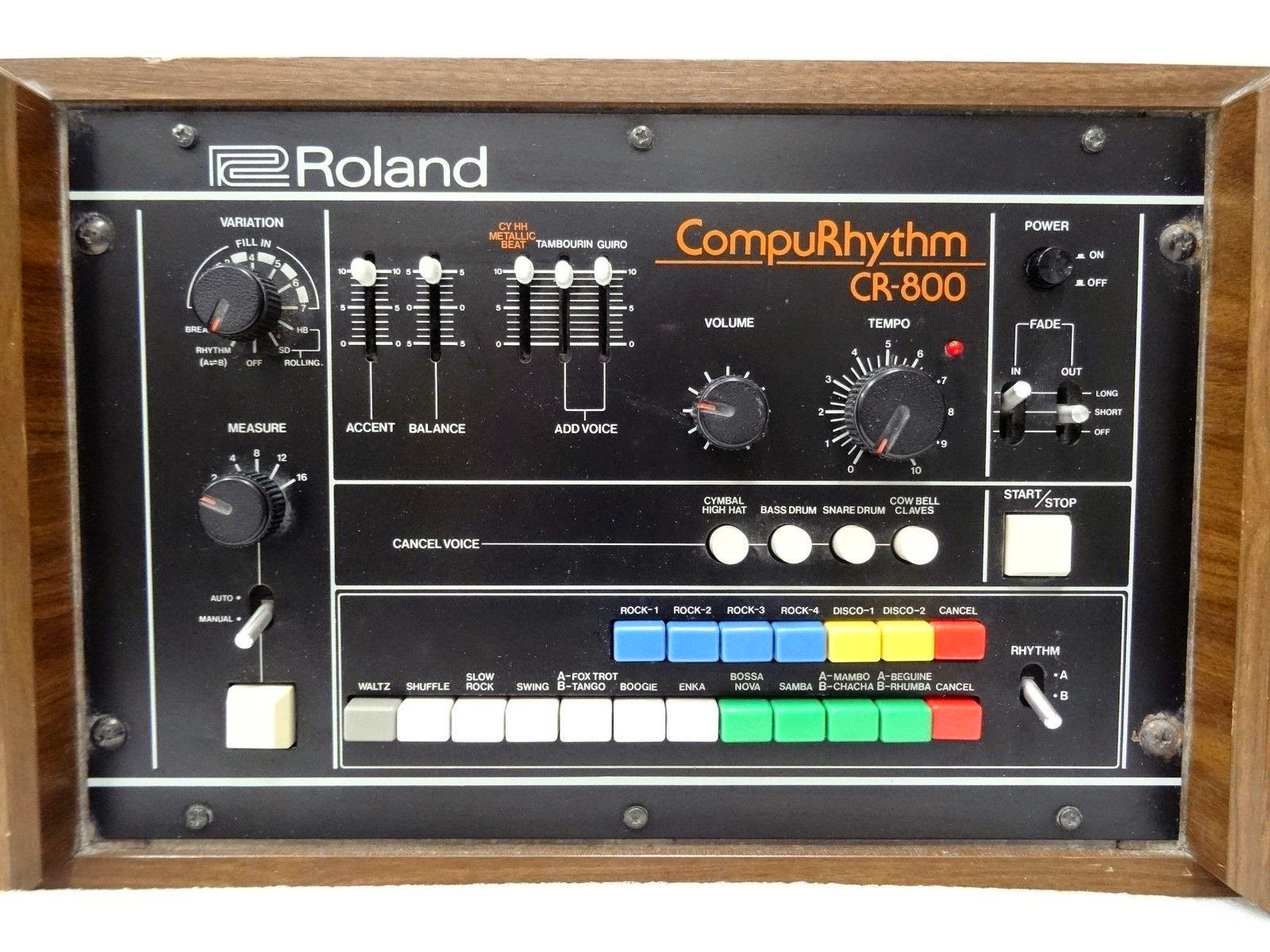 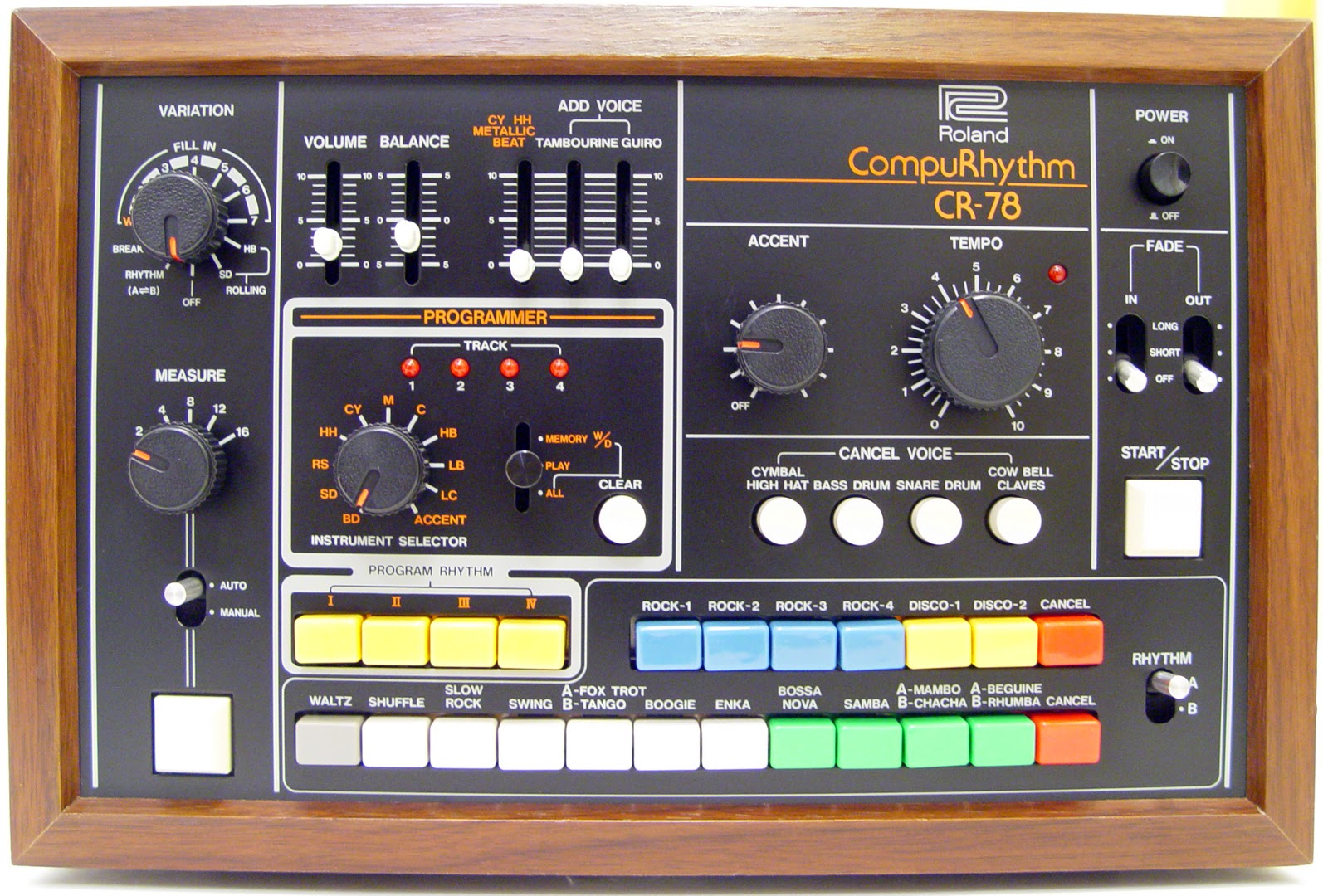 It's nice to see all three drums together...... showing the evolution that was taking place during this important period in machine drum development.

The CR-68 set the foundation. Though not programmable it had the same sounds & rhythm patterns as the CR-800 & CR-78 that were to follow.
The next step, the CR-800 had the same sounds as the 68 and was also not programmable. However, notice the change in the layout of the face. It's a 78 WITHOUT THE PROGRAMMER.
The evolution was complete with the CR-78. The sounds are still the same, and the face plate of the CR-800 has had its final makeover with the addition of the Programmer.

One interesting though superficial difference between the CR-800 & the CR-78 (apart from the rhythm programmer) is with the position of the accent & volume controls.

On the CR-800, the ACCENT is the top left slider & the VOLUME is the small knob to the left of the
Tempo knob. In the CR-78, these are reversed.
On a practical level these minor variations don't make a scrap of difference. 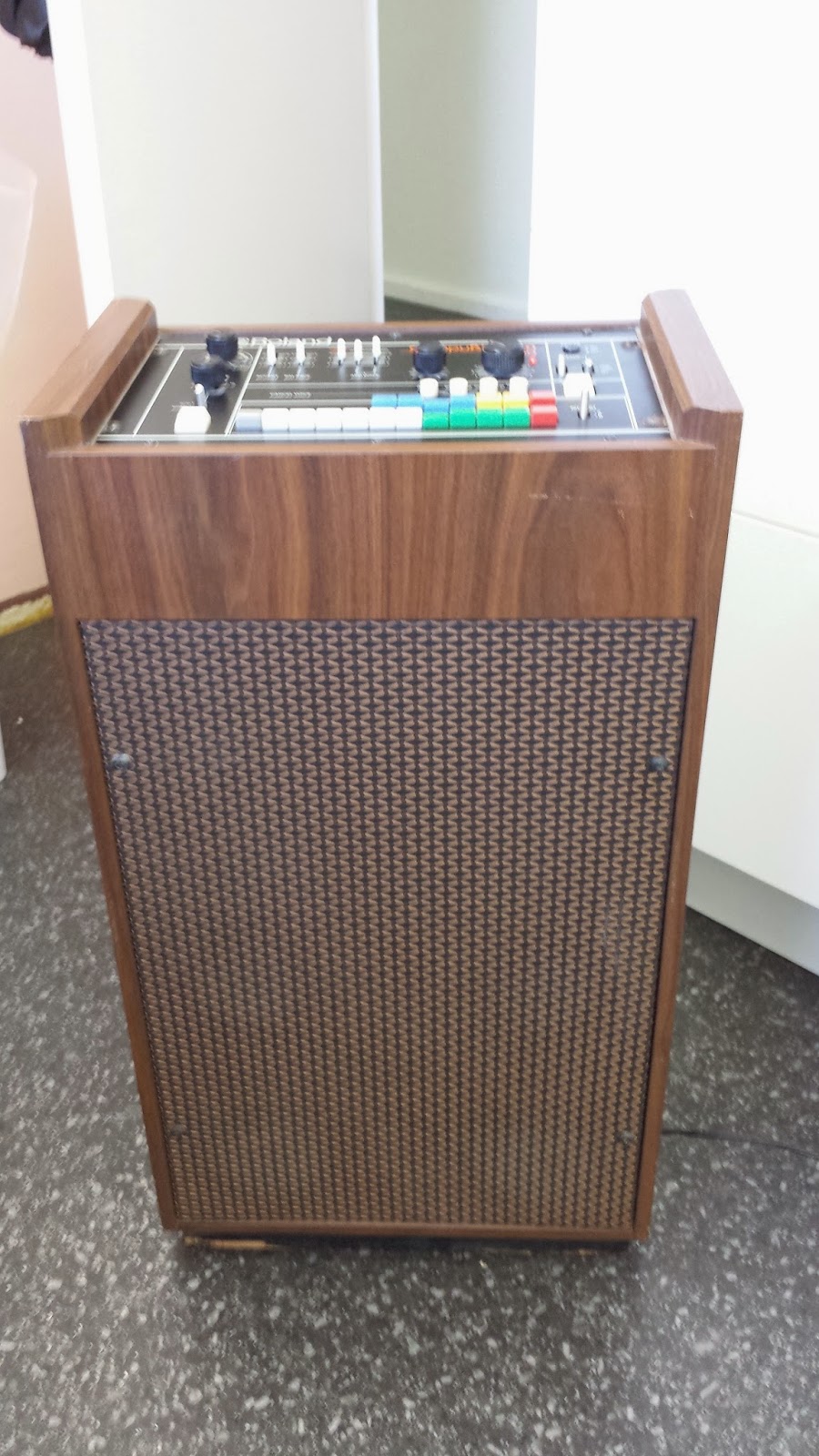 It's interesting to reflect that these three drums all came out in the same year of 1978. 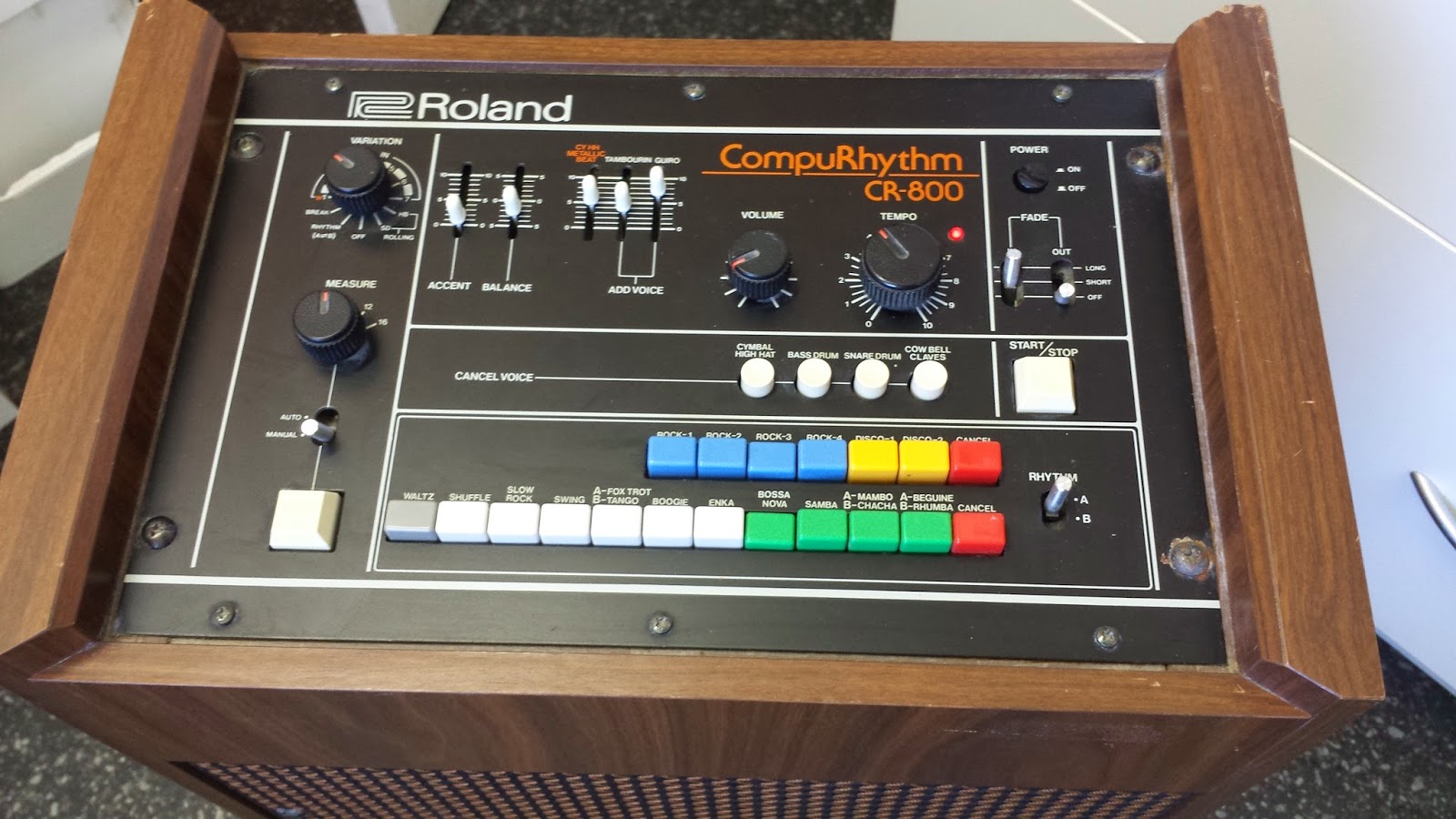 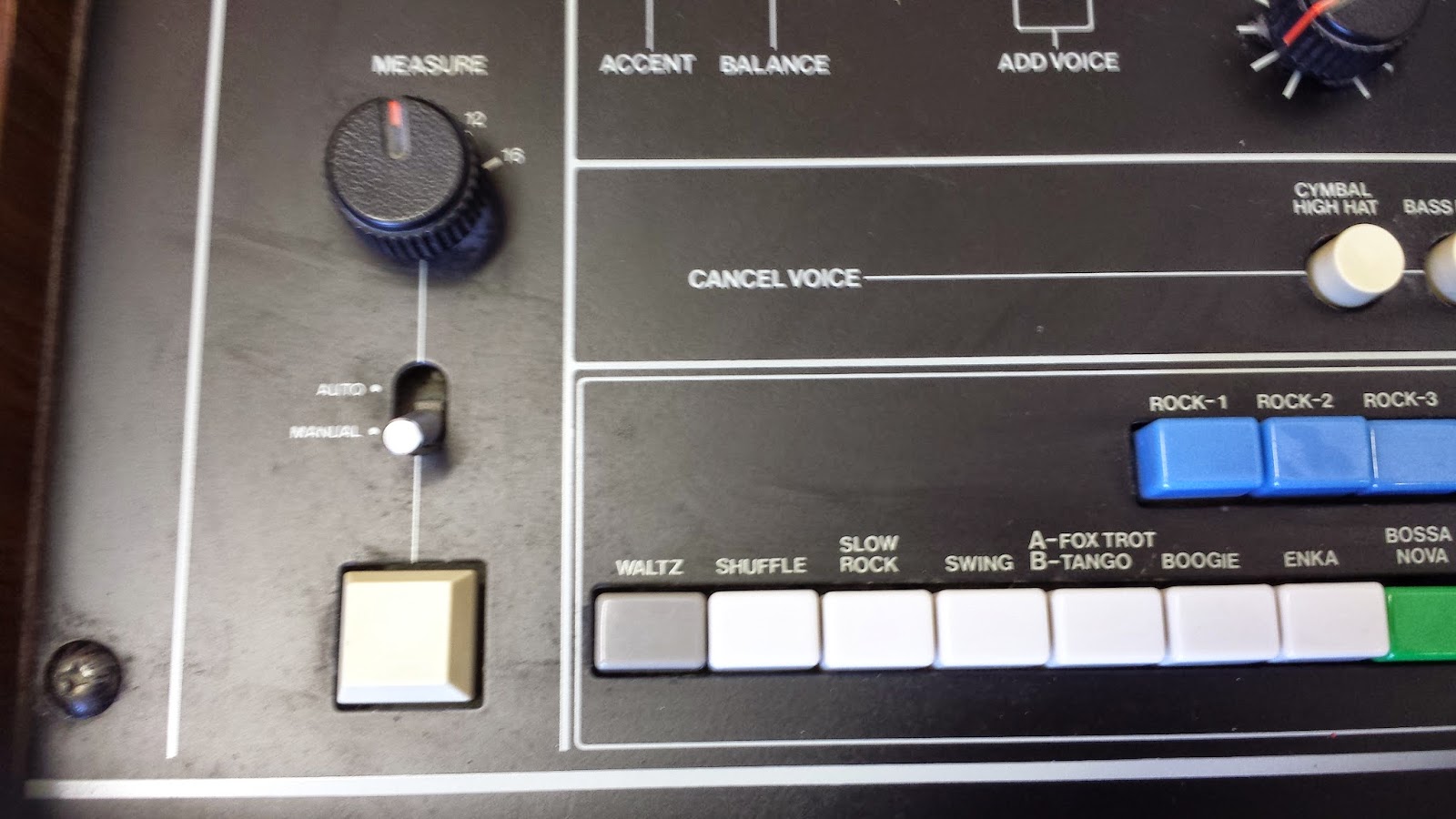 The only other Roland Drum with a built in speaker from this era (1973) is the TR-330
It's also unusual in that the drums before & after also only used two digits.

And one final possible reason could be that the designers tried to make a connection with the TR-808
which came out in 1980 or the CR-8000 that would follow in 1981. 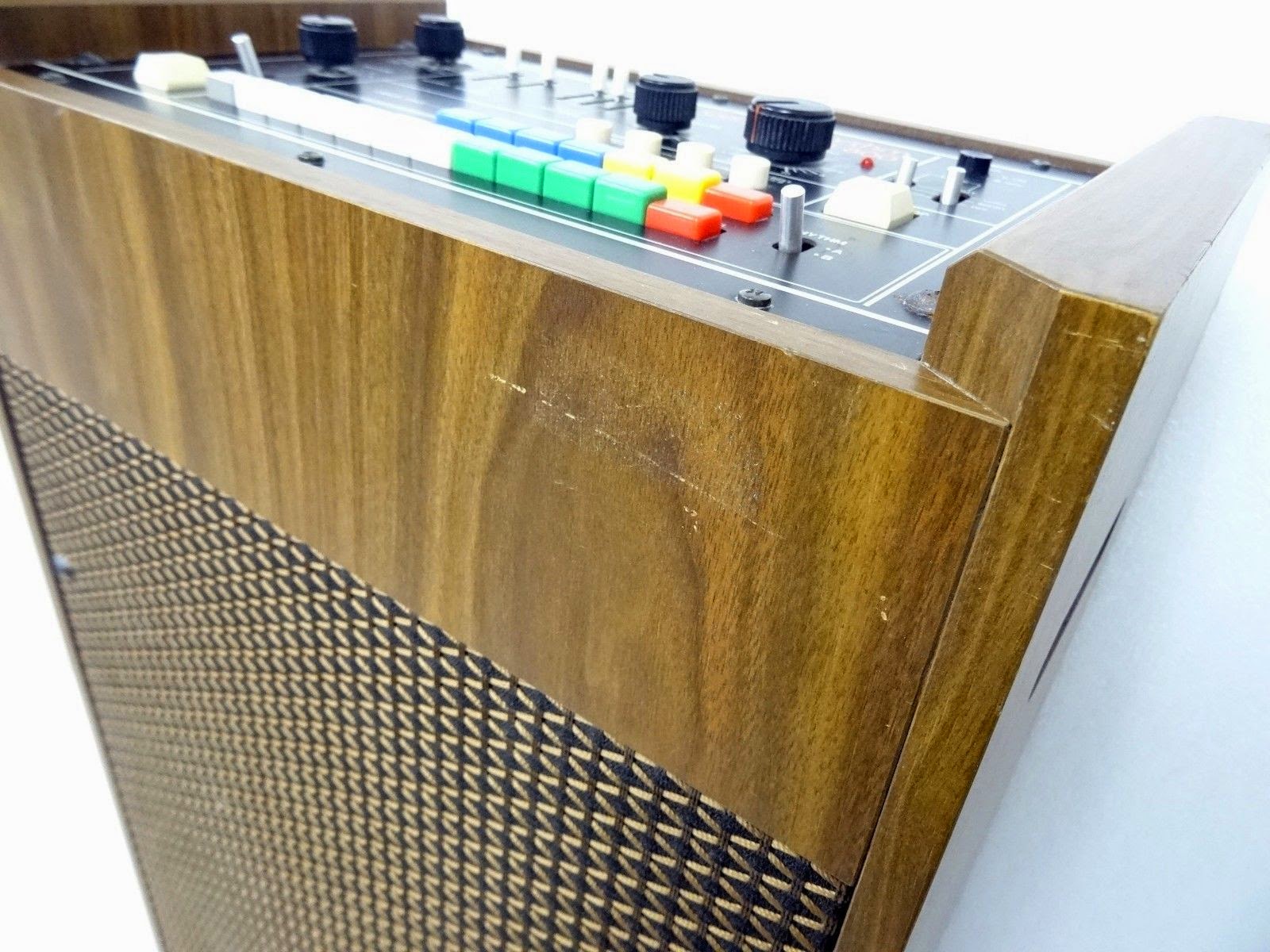 The case reminds me of the early days of drum machines when they took centre stage in your living room or were used to accompany a live band. This was probably meant to stand next to your organ or piano. 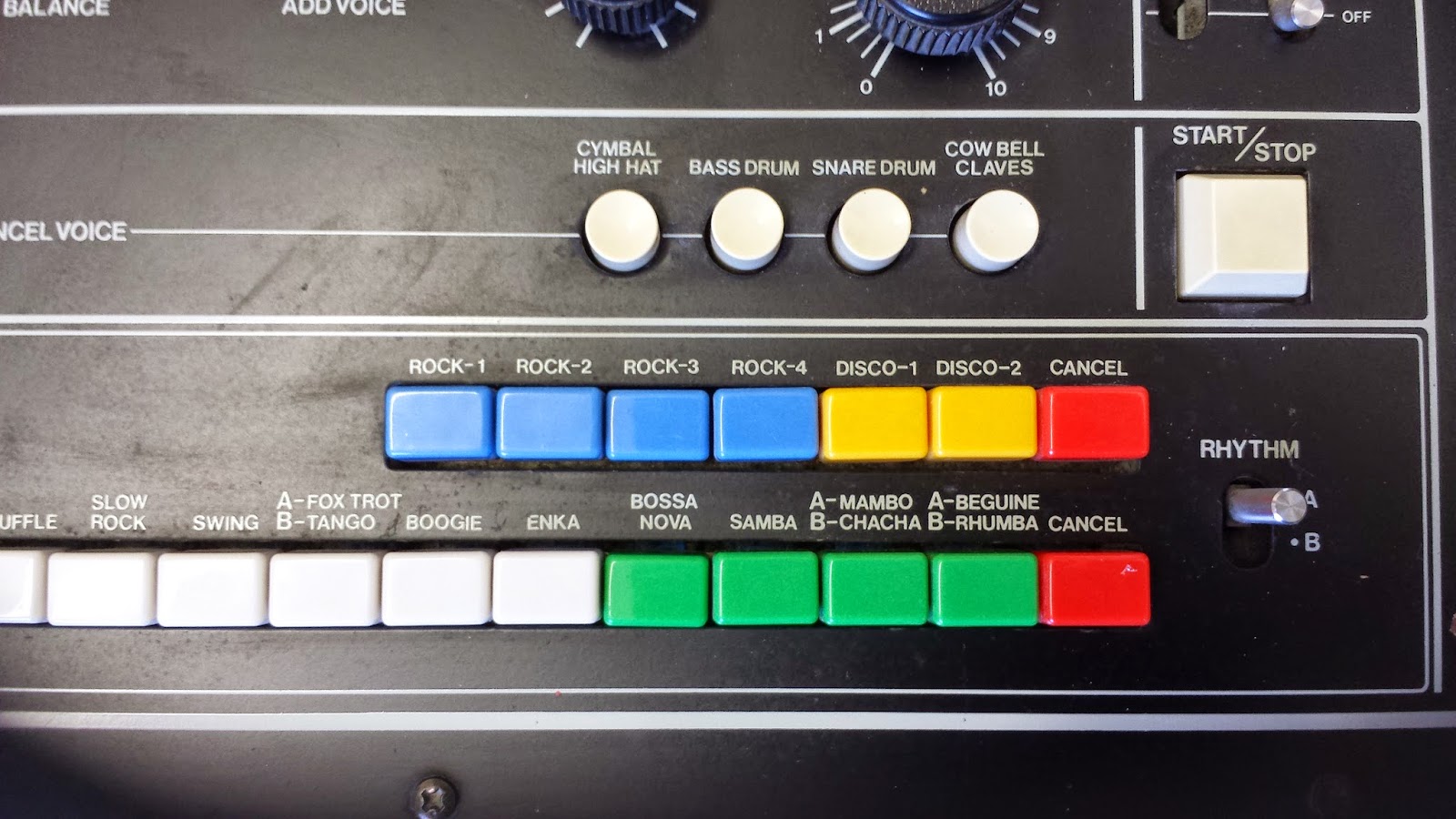 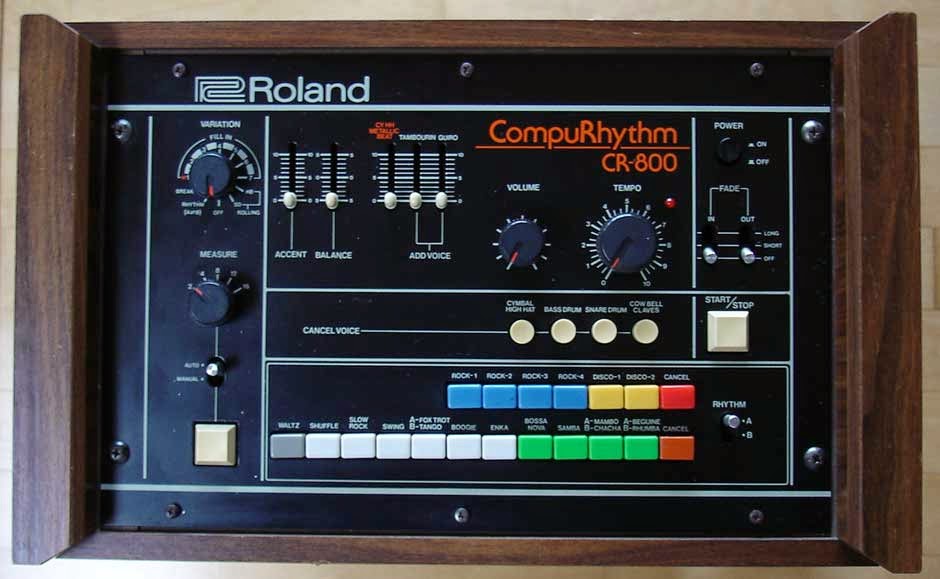 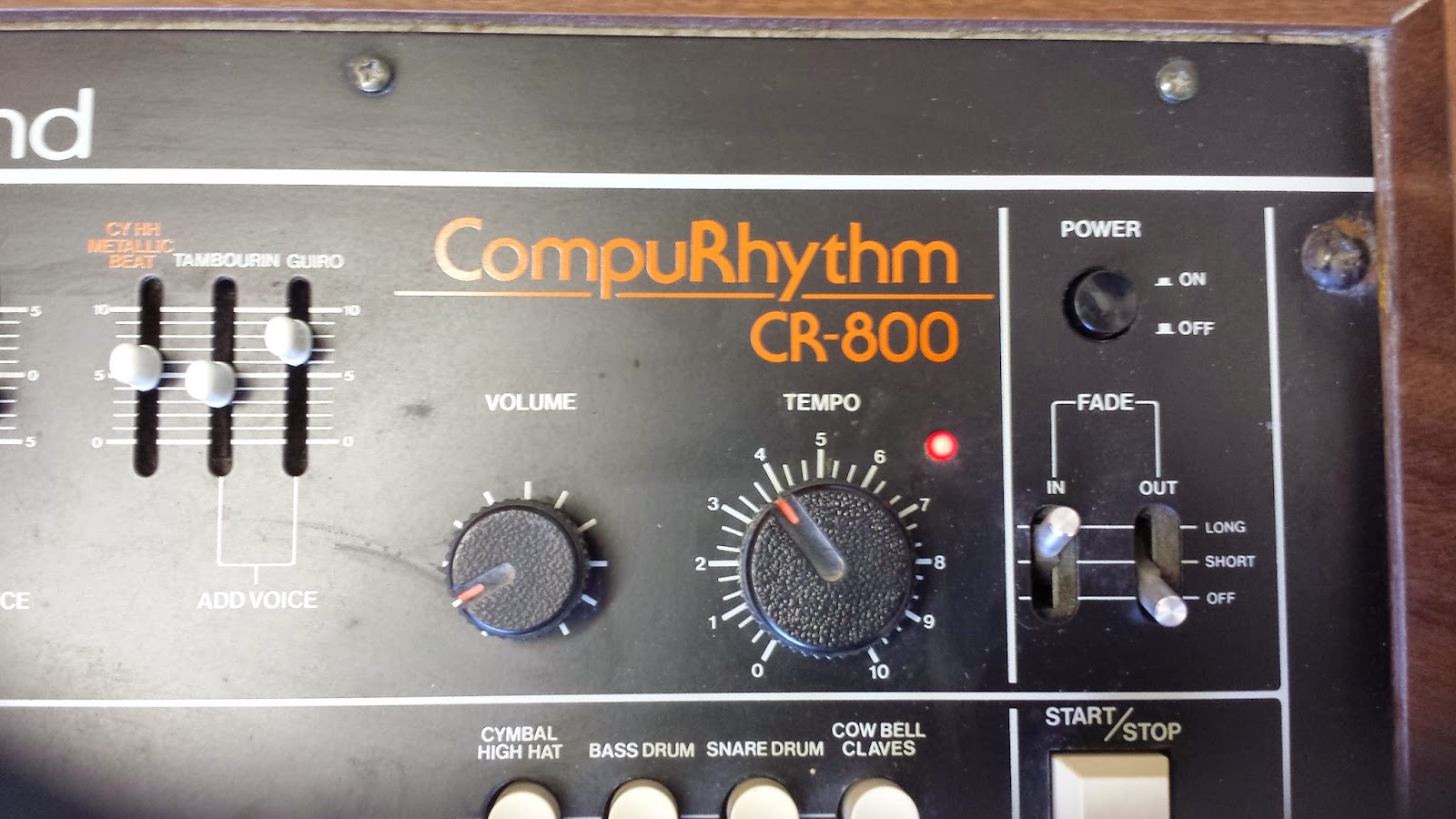 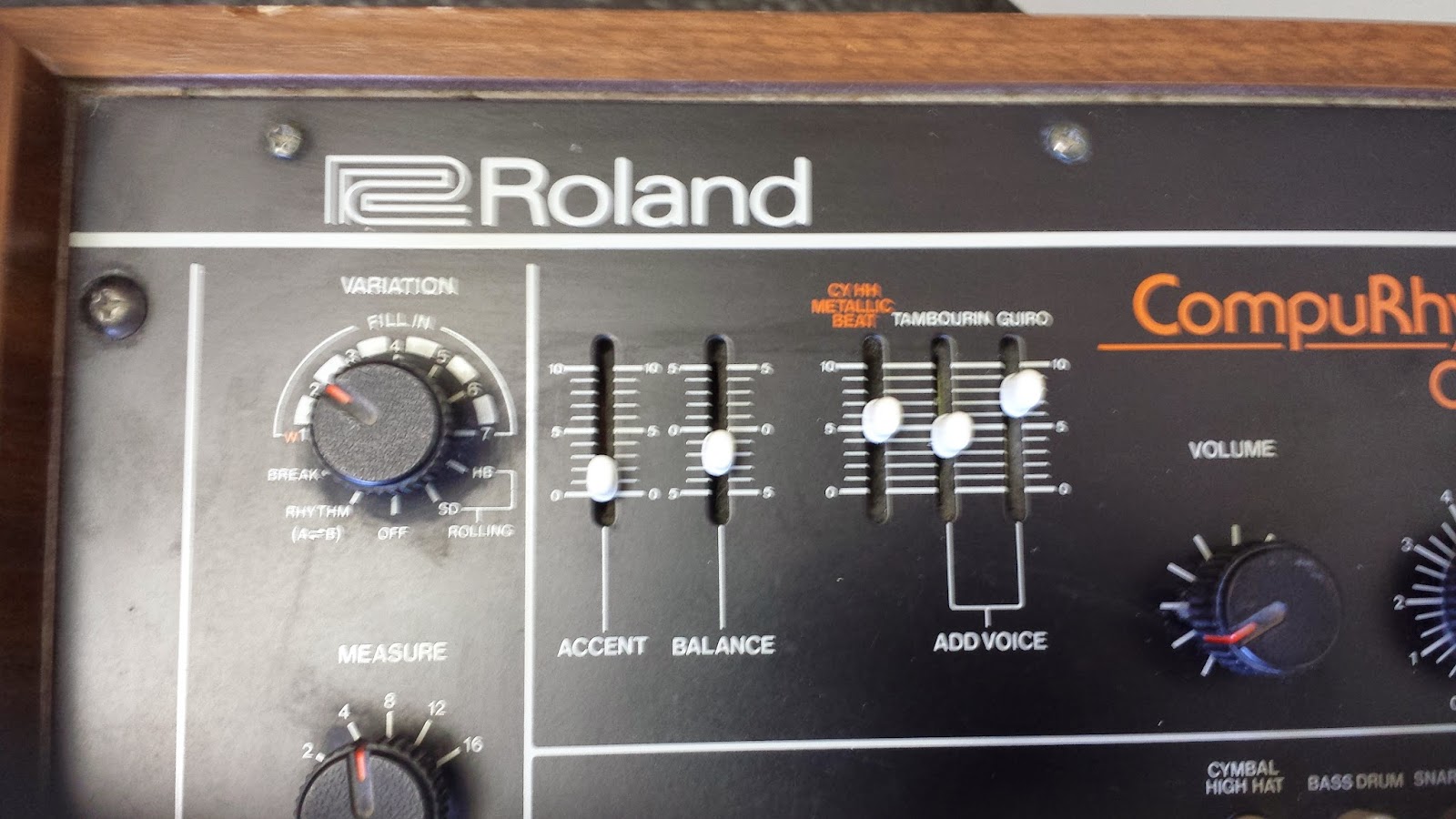 The speaker itself sounds cool. gives it a low-fi quality that i like.
There is however a speaker jack: 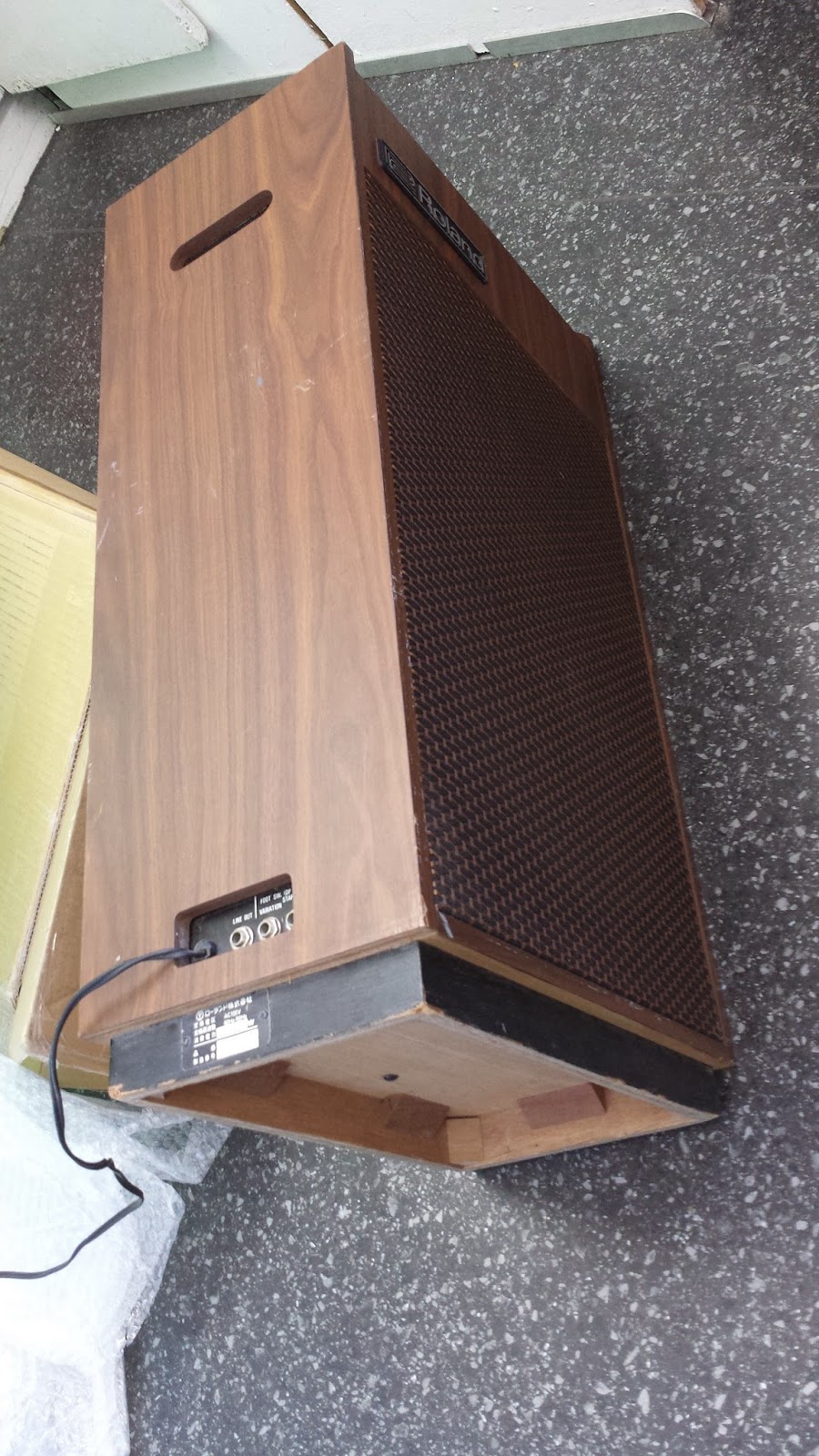 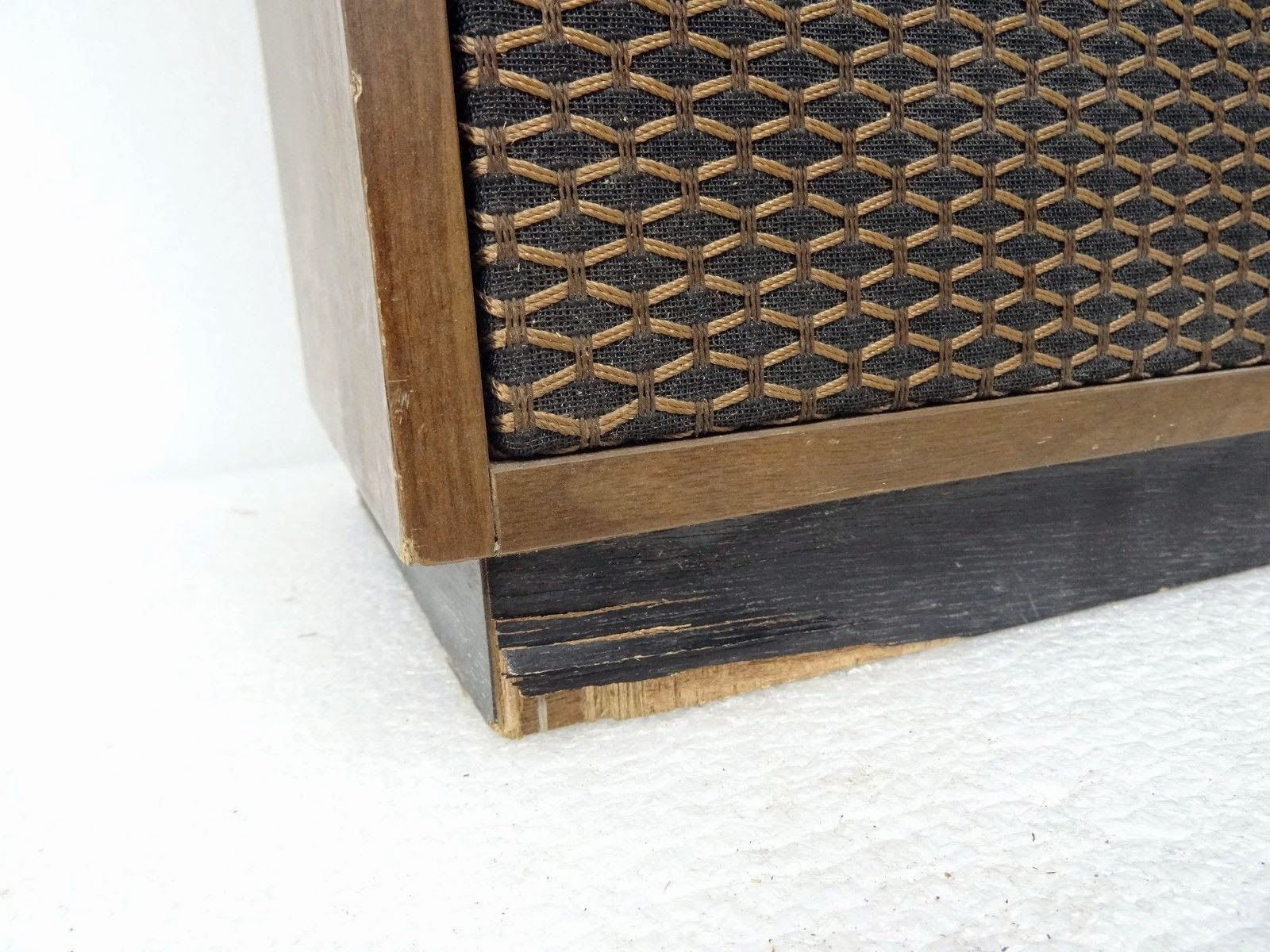 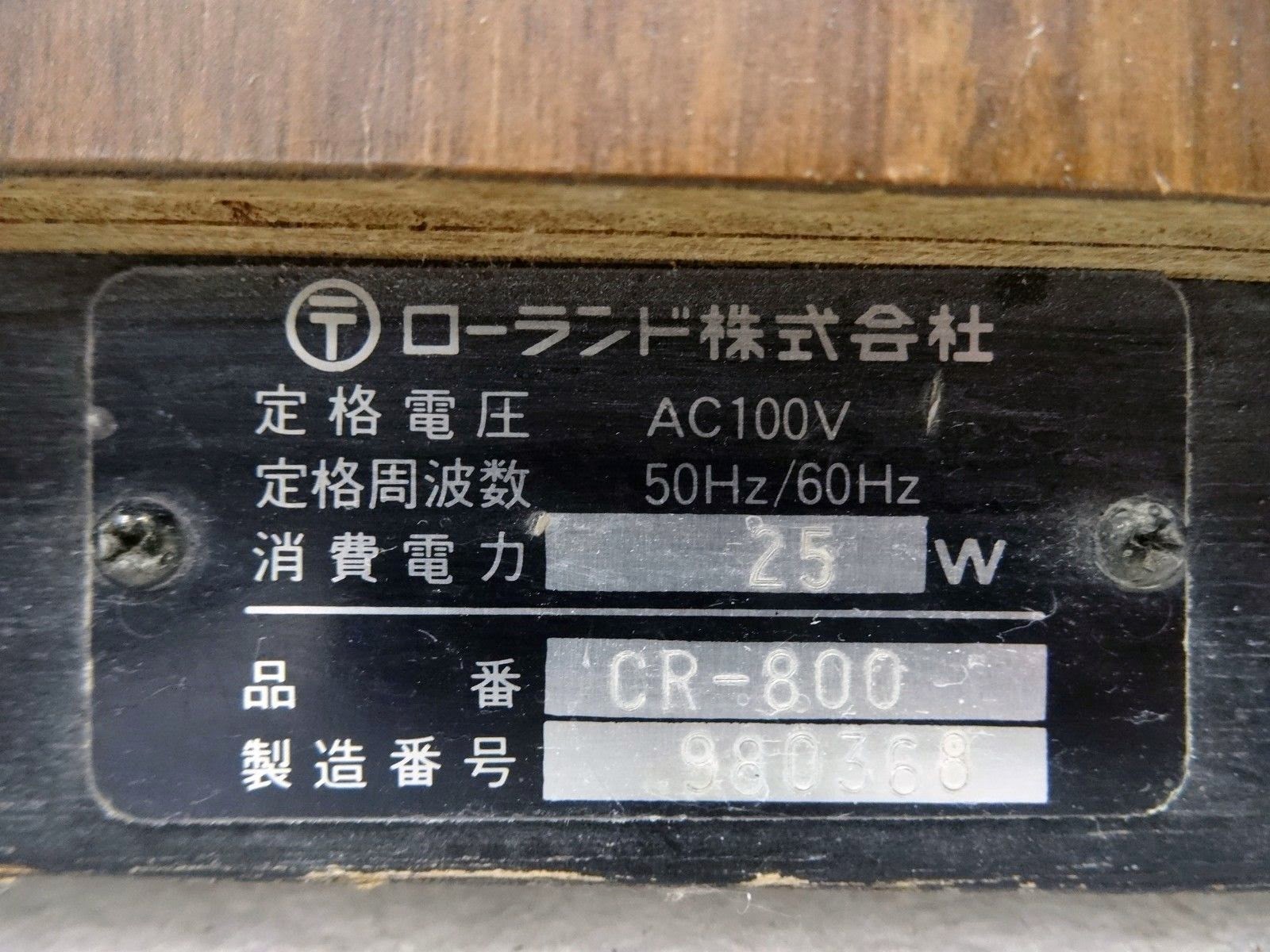 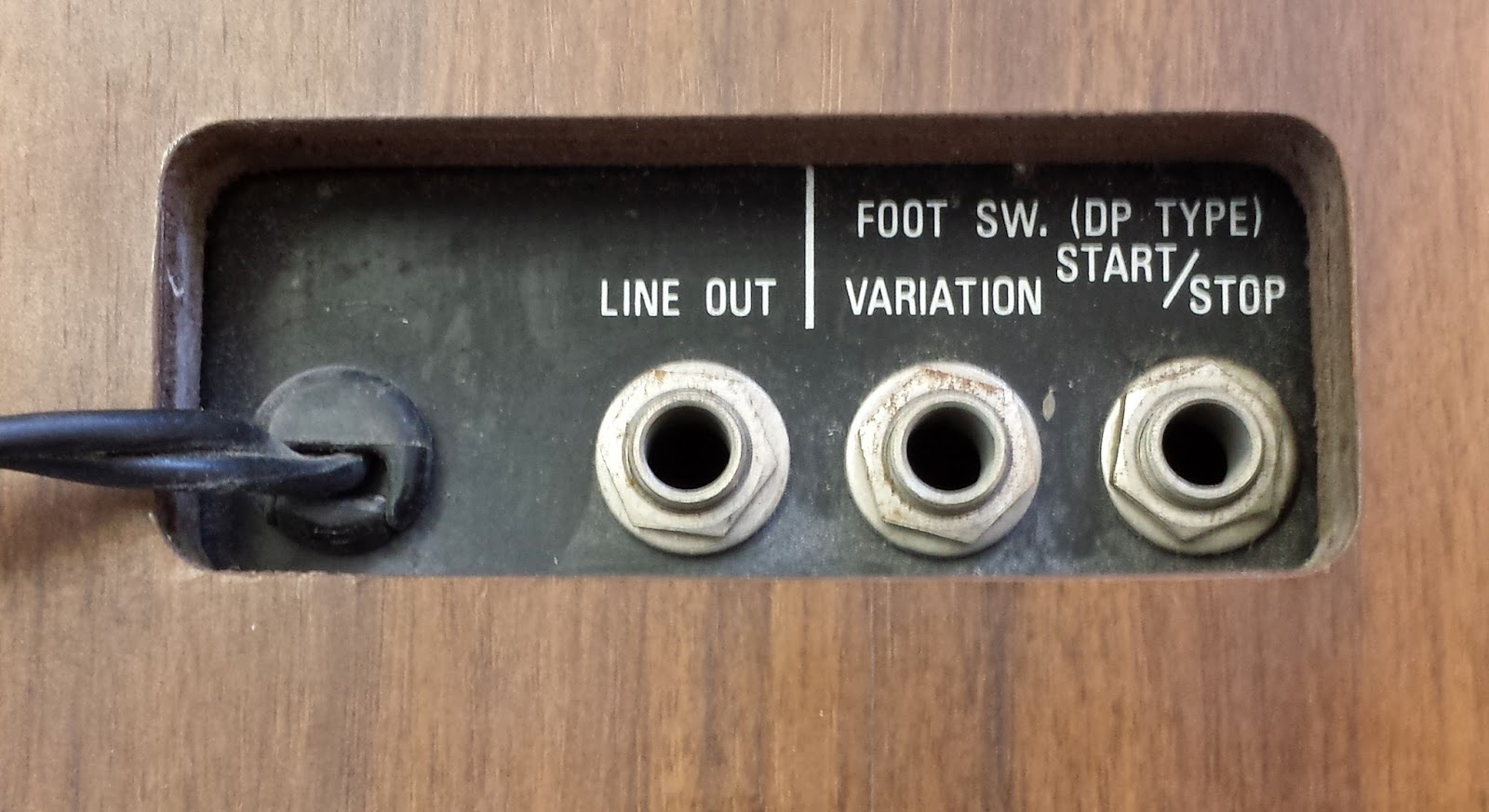 There is no way to sync this drum with external gear.
The CR-800 is too rare to mod. I think this beauty should be left as she is.