This tower which was built in 1449 is located in Chittorgarh fort in Rajasthan.
Google Map of Chittorgarh 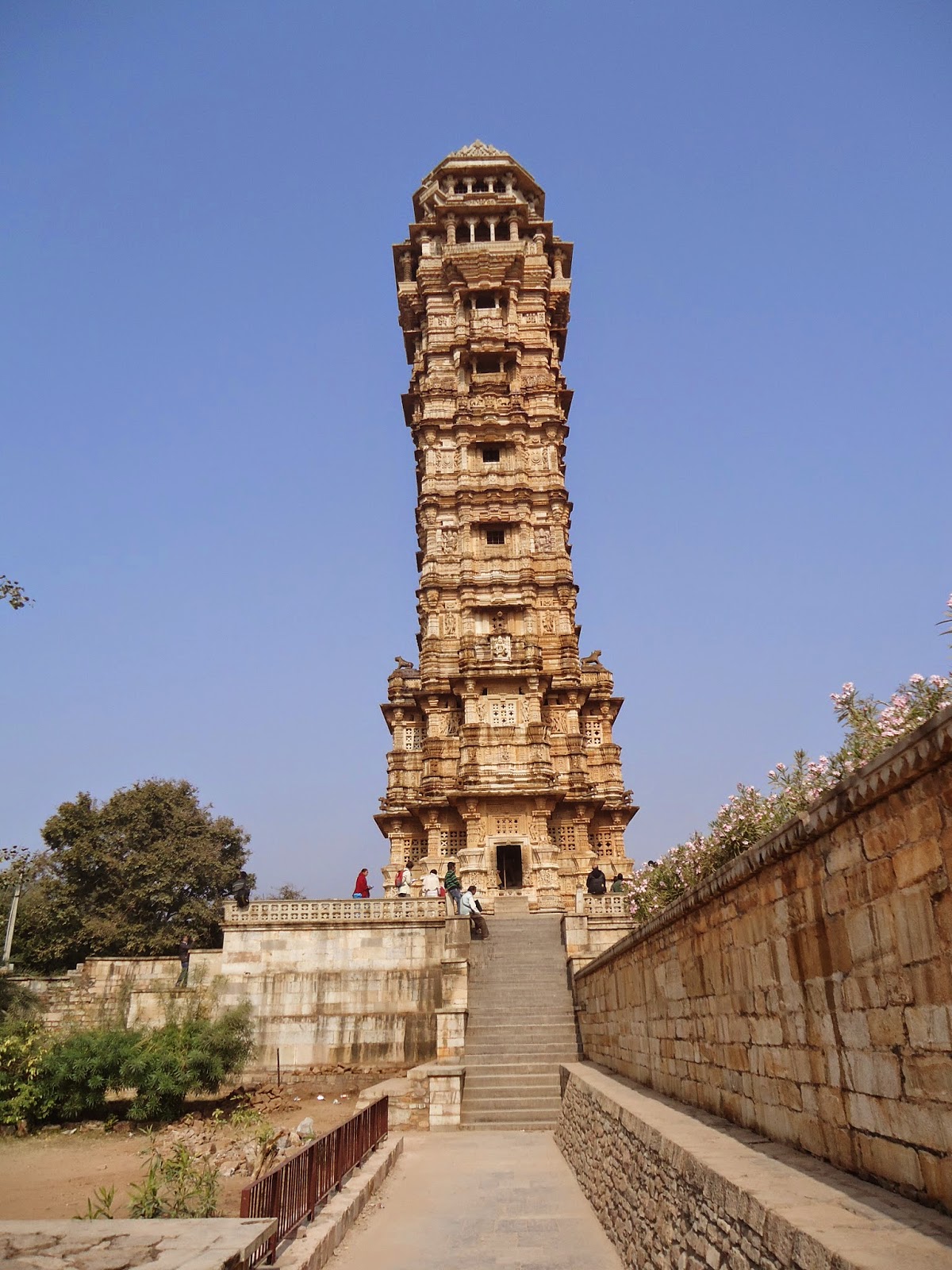 Called the "Tower of Victory", it was built to commemorate the victory of king Rana Kumbha over the combined armies of Mewar and Gujarat in 1446. There are 9 stories. It's built of red sandstone & marble. 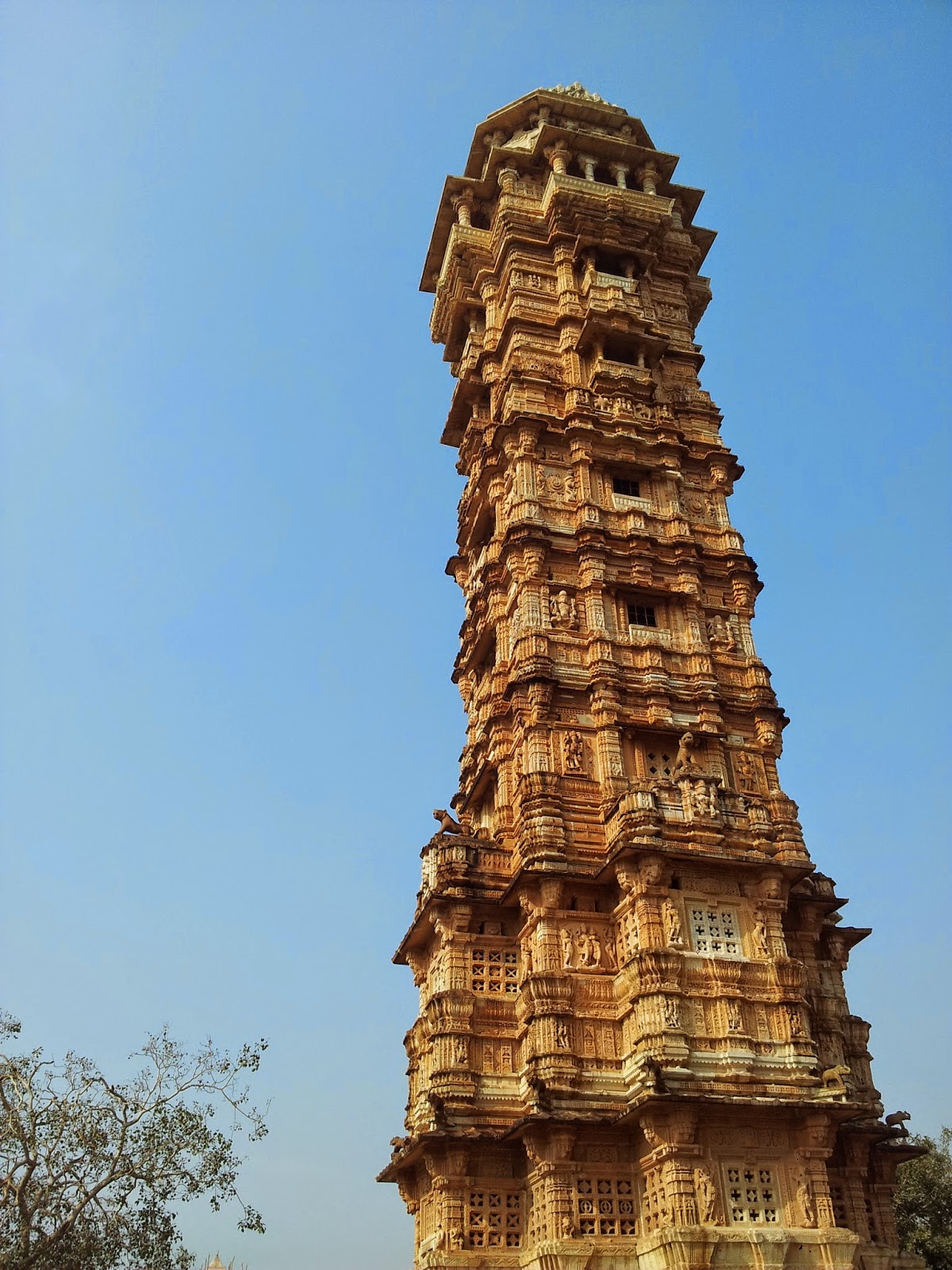 Though dedicated to the god Vishnu, it is adorned with statues of other Hindu gods.
It stands nearly 40 metres high. 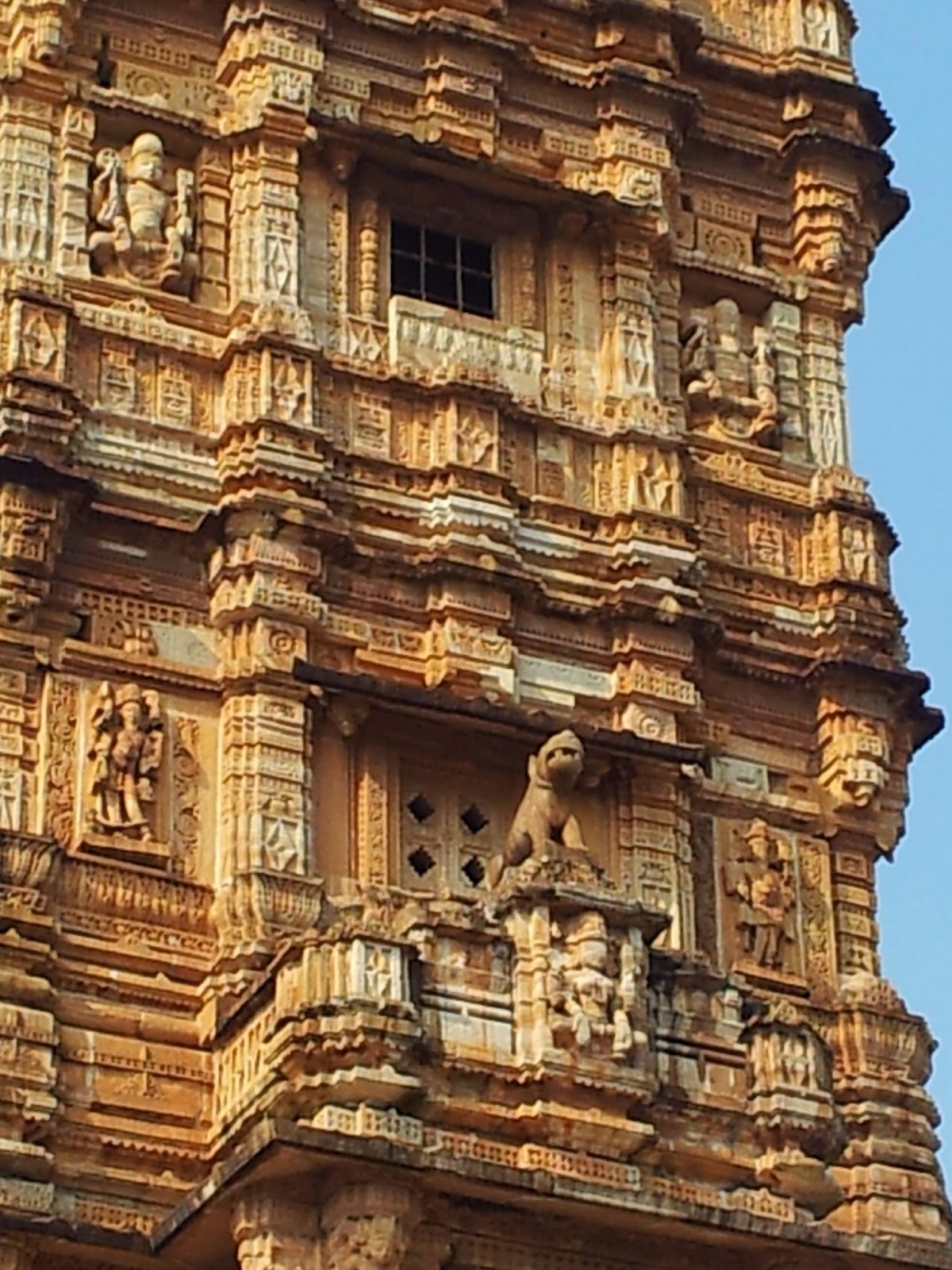 Each story is adorned with beautiful sculptures of Hindu gods. 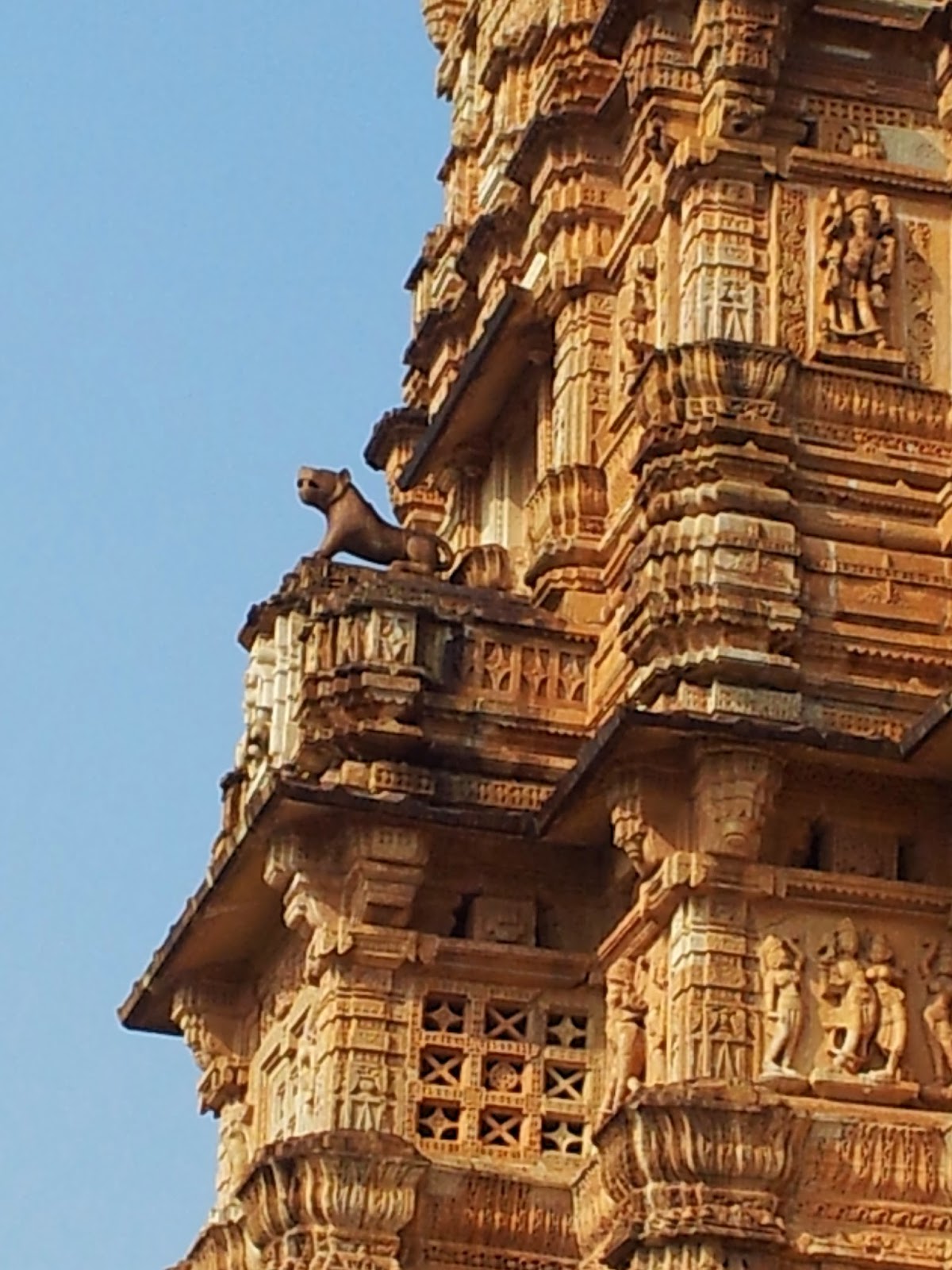 The 8th floor Terrace. The 9th floor is closed to tourists. 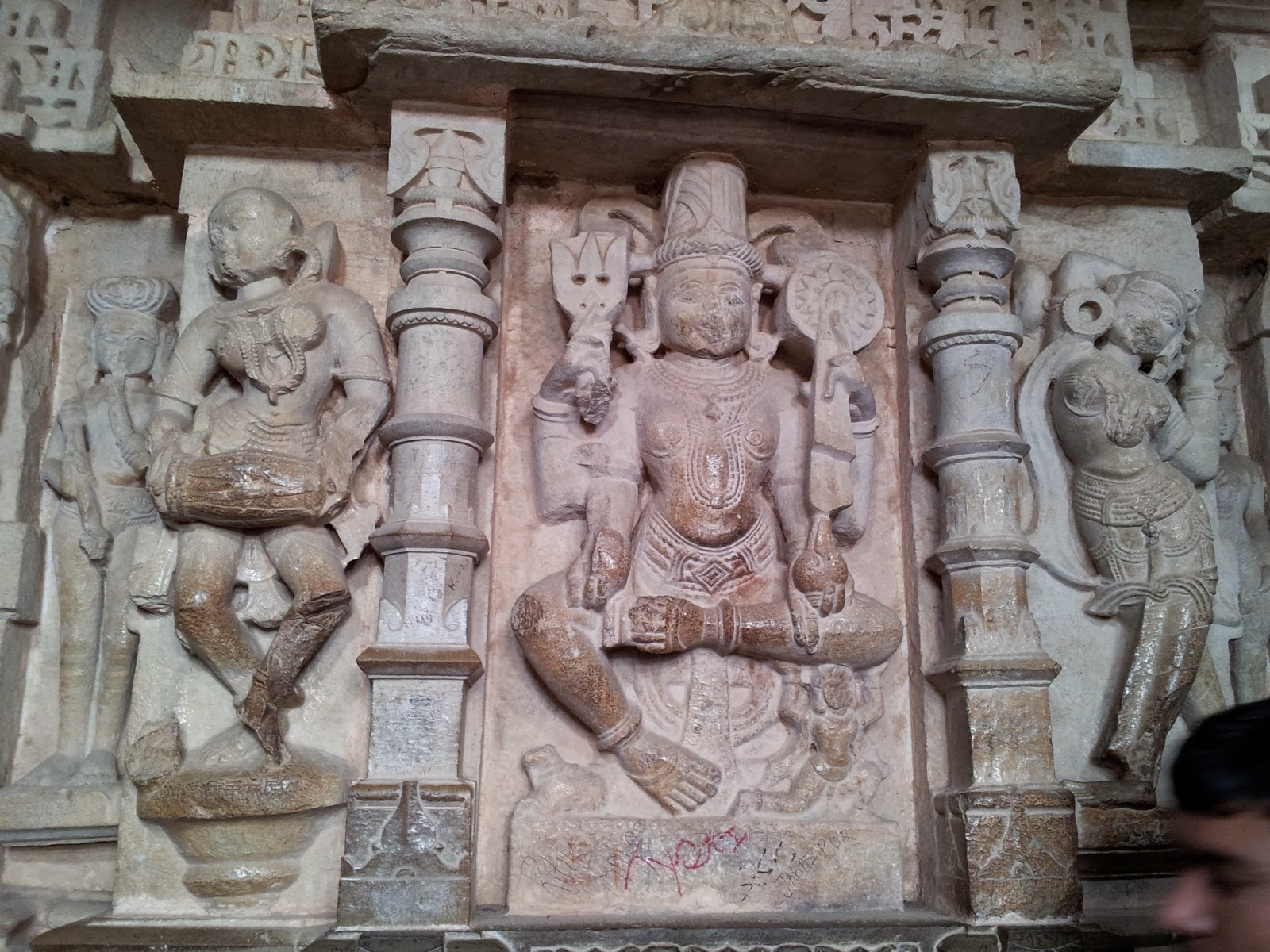 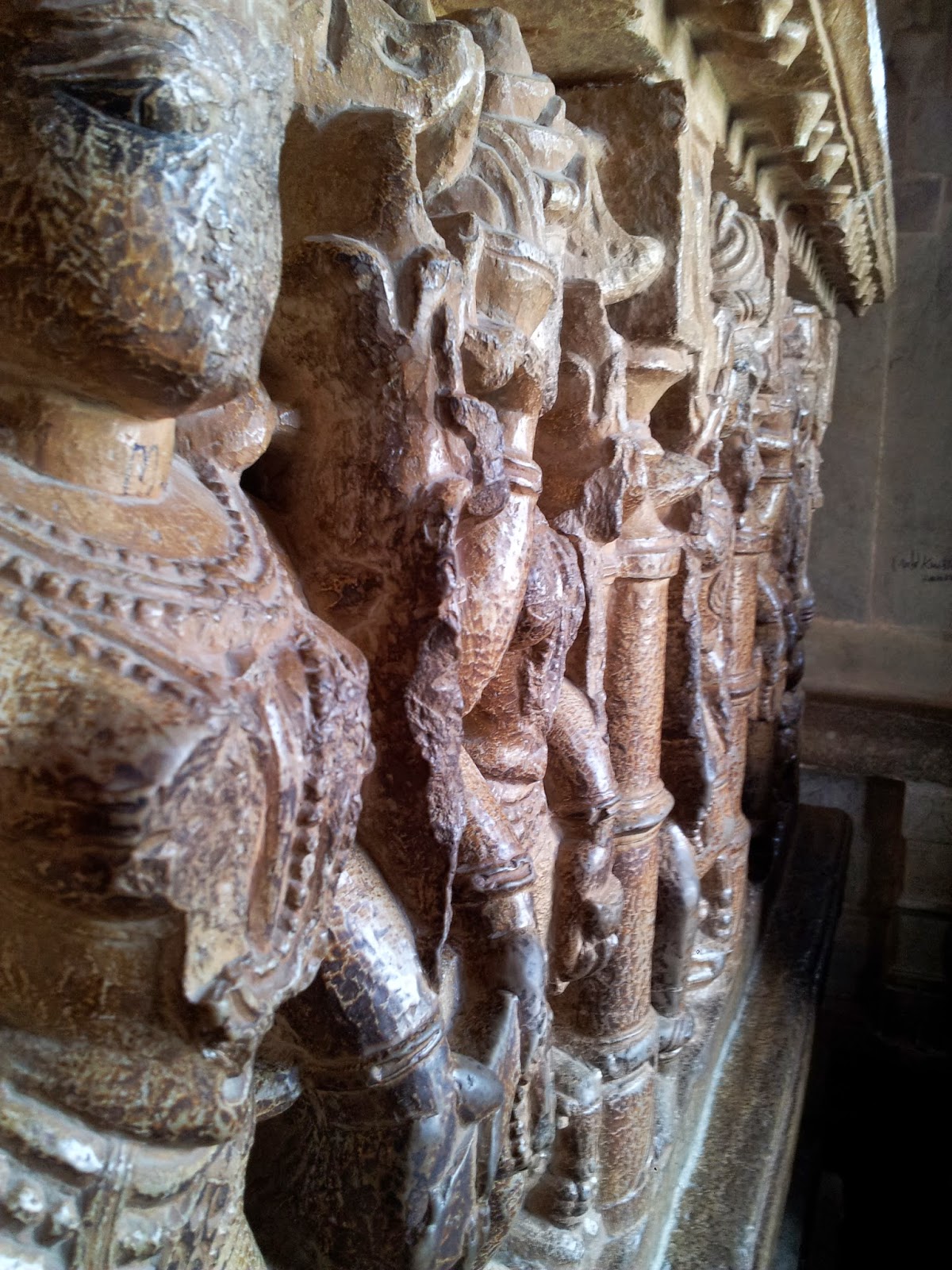 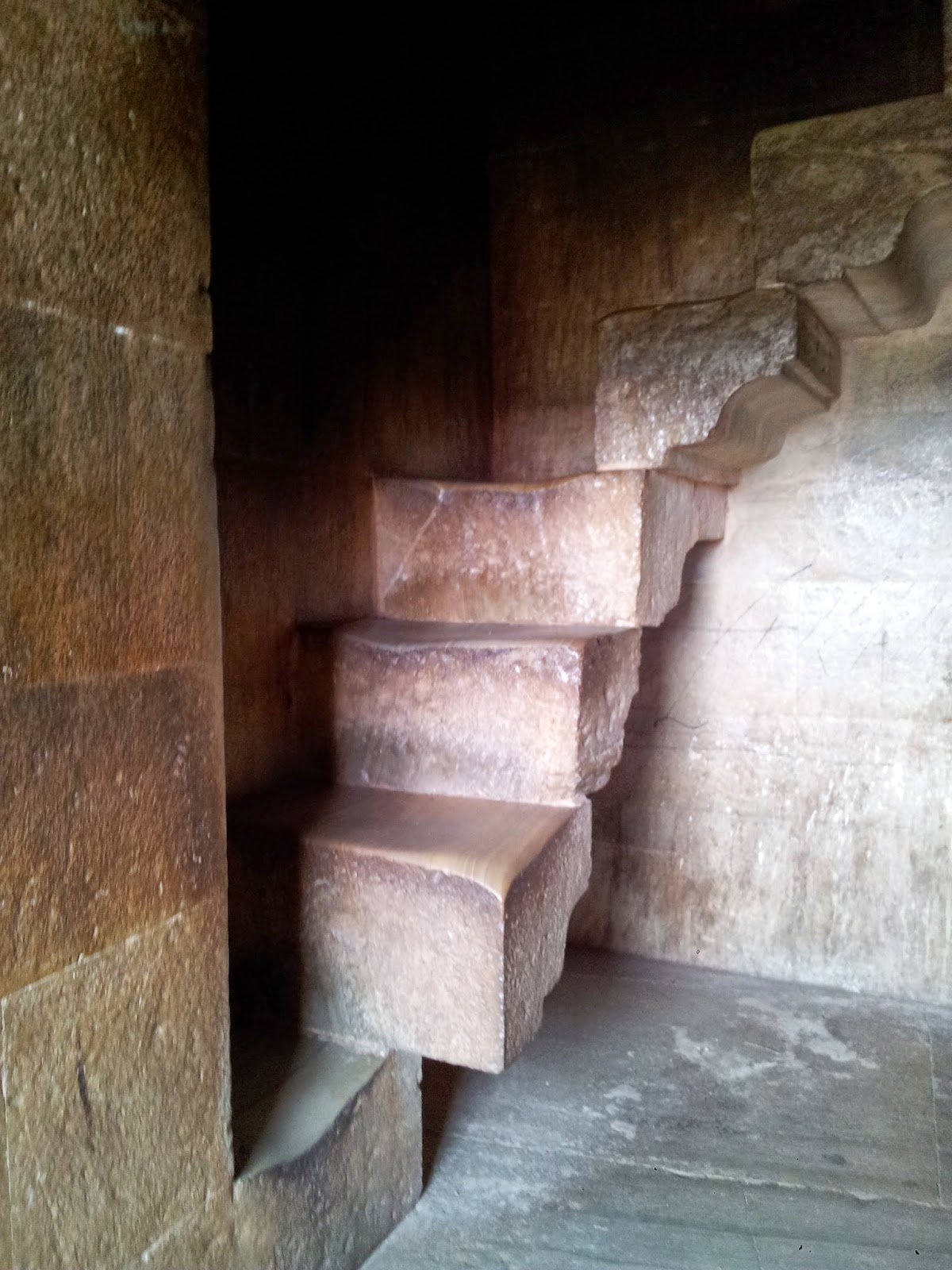 The interior staircase. There are around 157 narrow steps leading to the terrace. 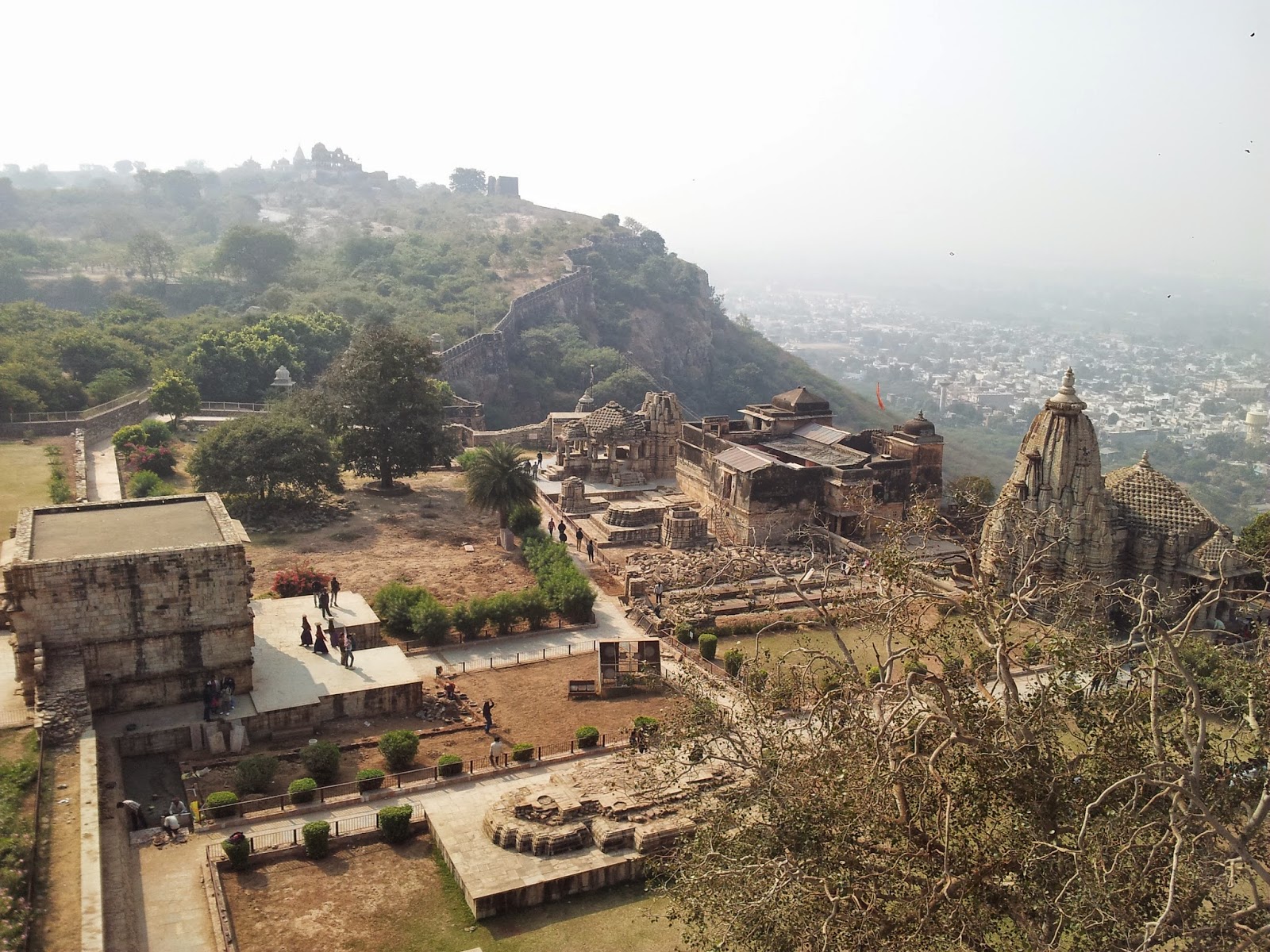 Each of the nine stories have openings and balconies that overlook Chittorgarh Fort, 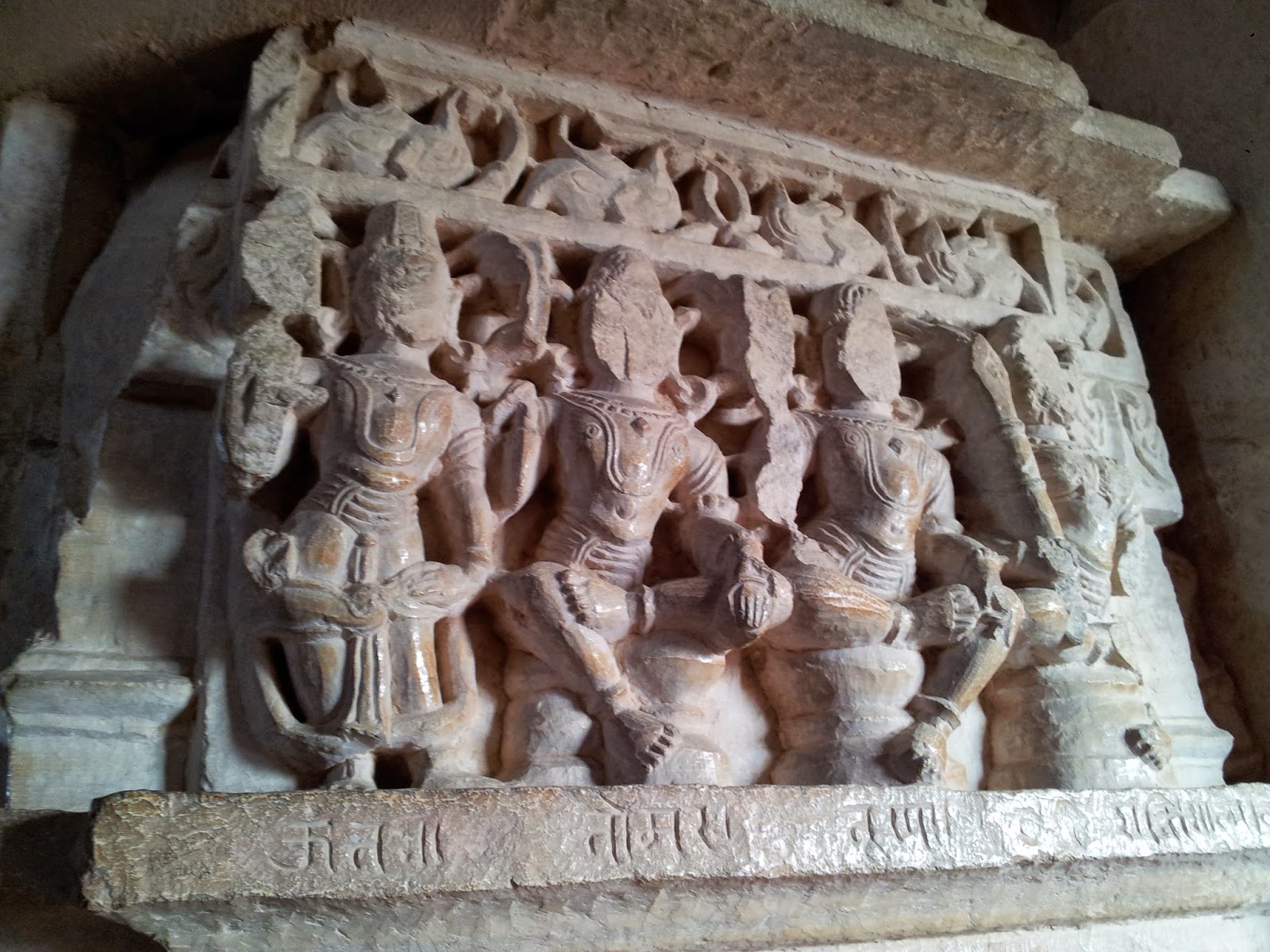 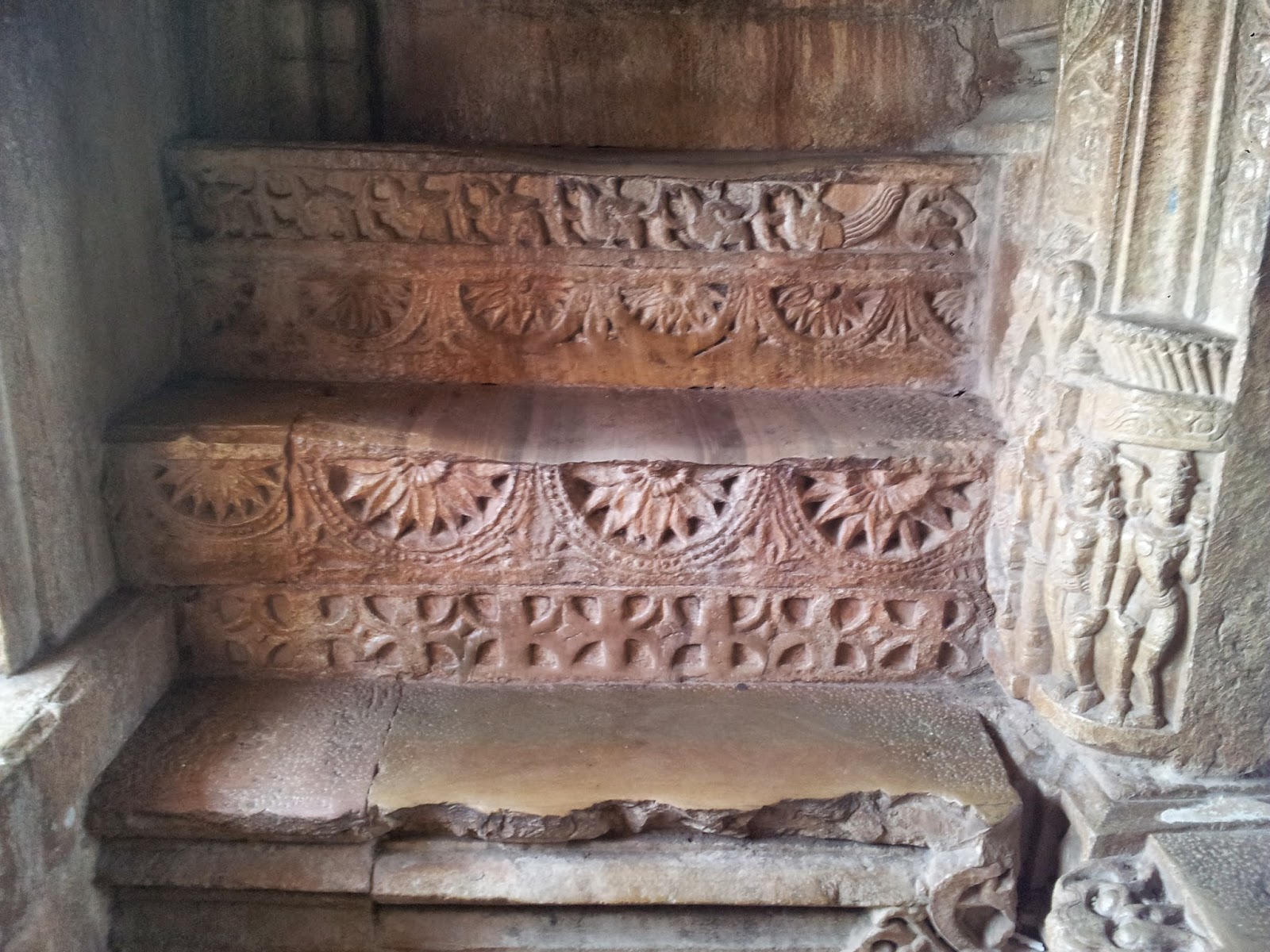 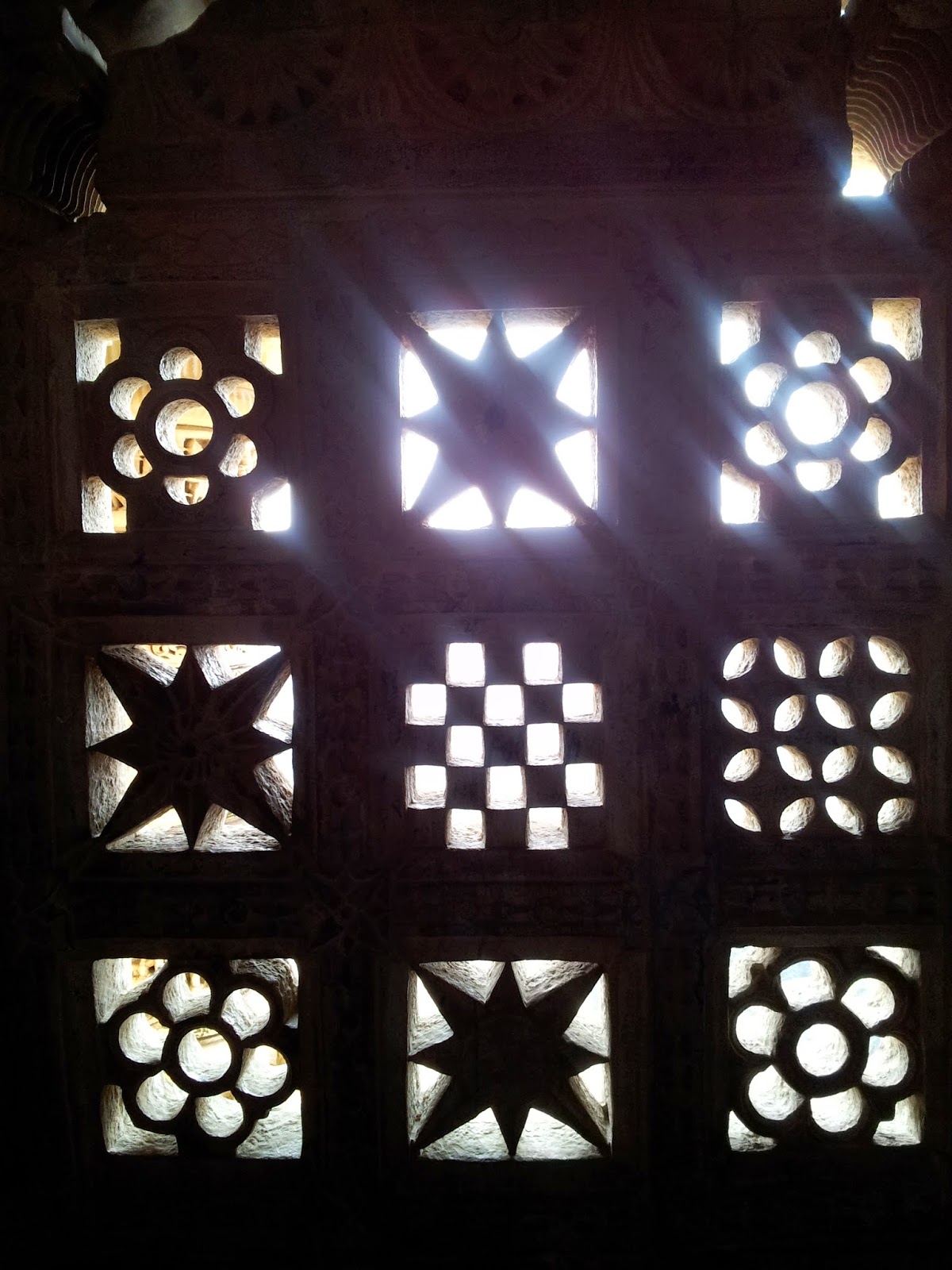 These designs are carved out of blocks of sandstone & marble. 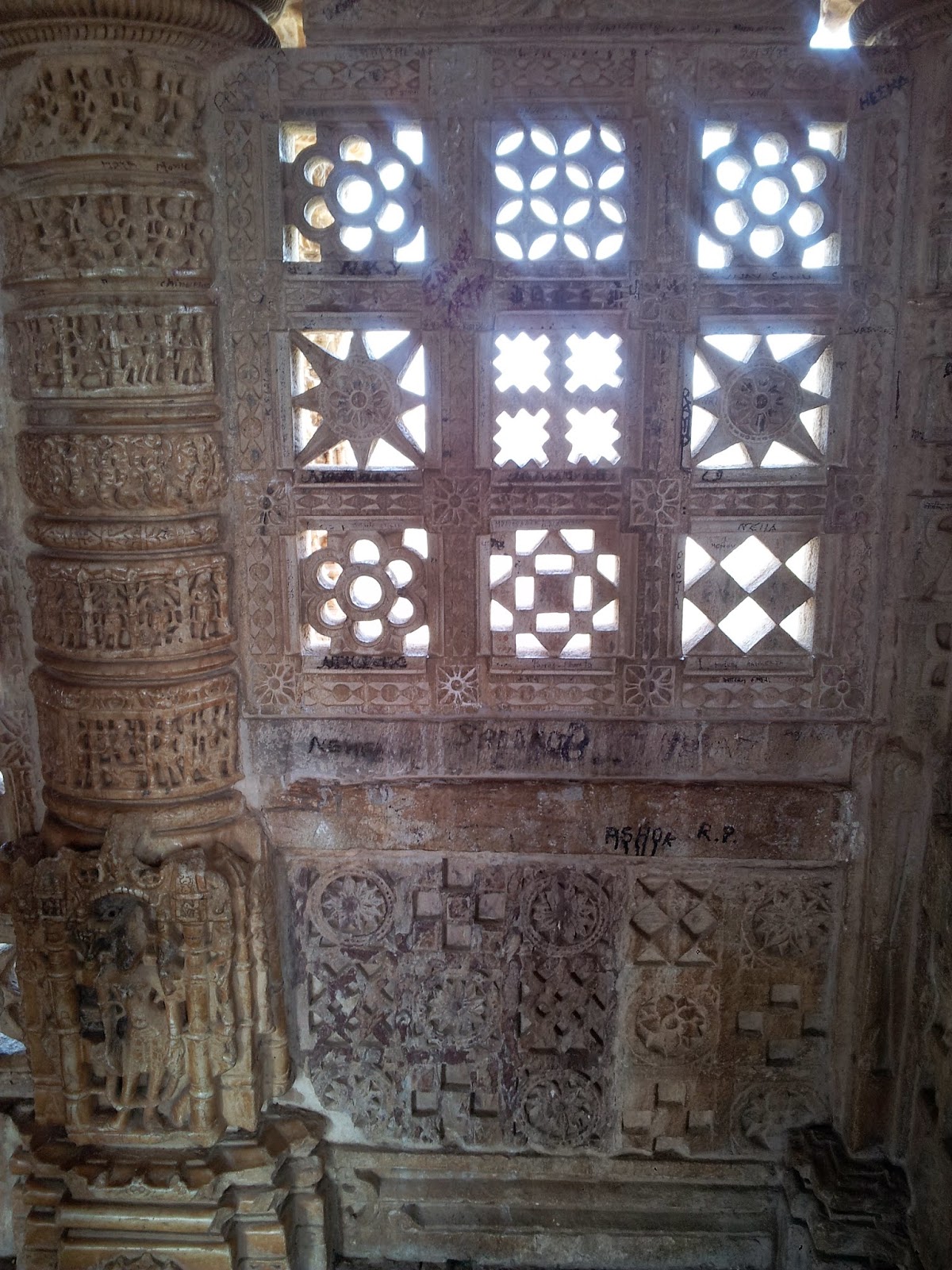 The lattice work is simply stunning.

If you wait patiently, a time will come when you are alone in this magical place.
It's like you are surrounded by jewels.

The "Tower of Victory" perpetuates the model established by the previous Jain Temple - the 13th century "Tower of Glory" that was built by a Jain merchant near the Mahariva temple. 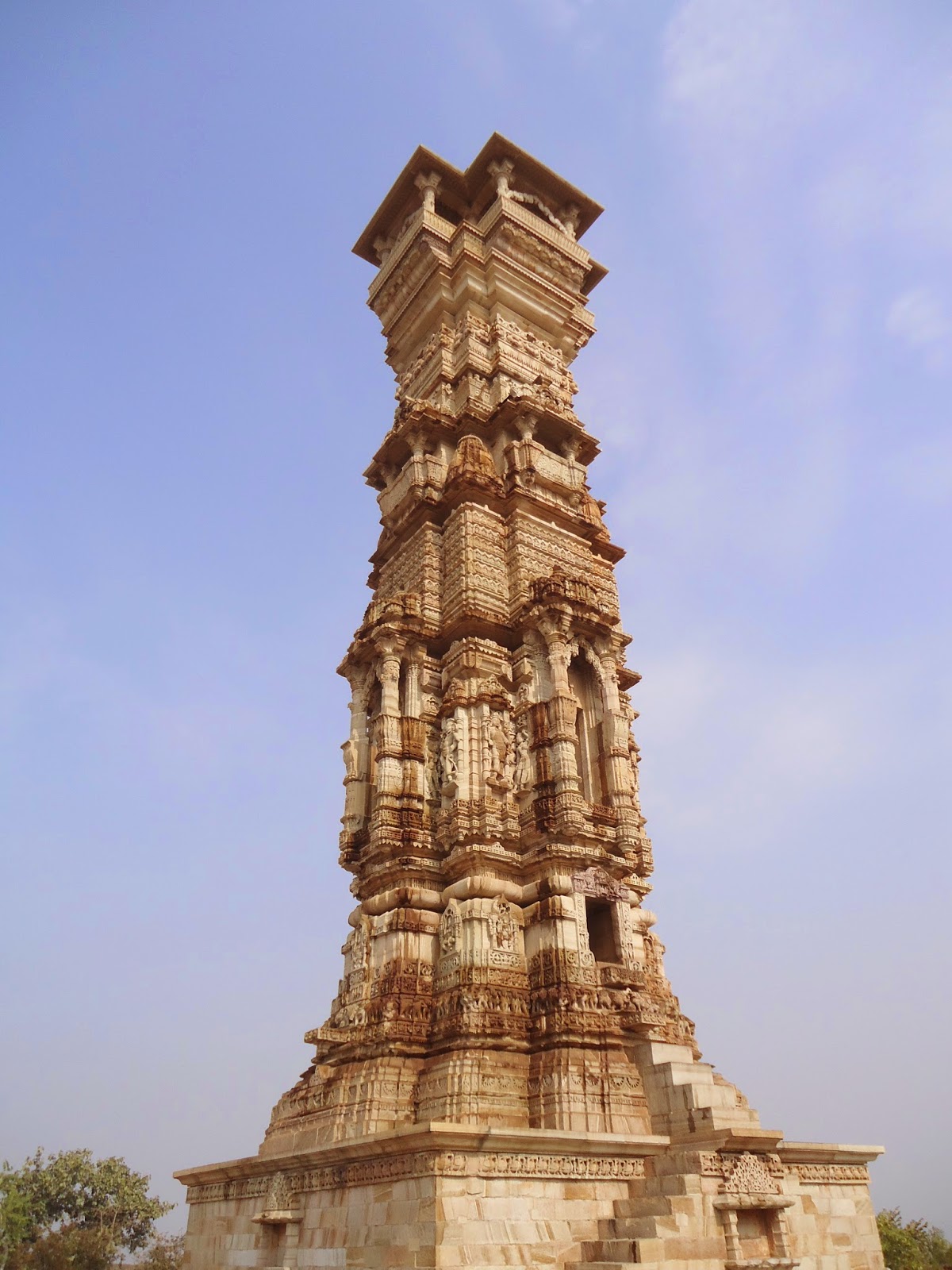 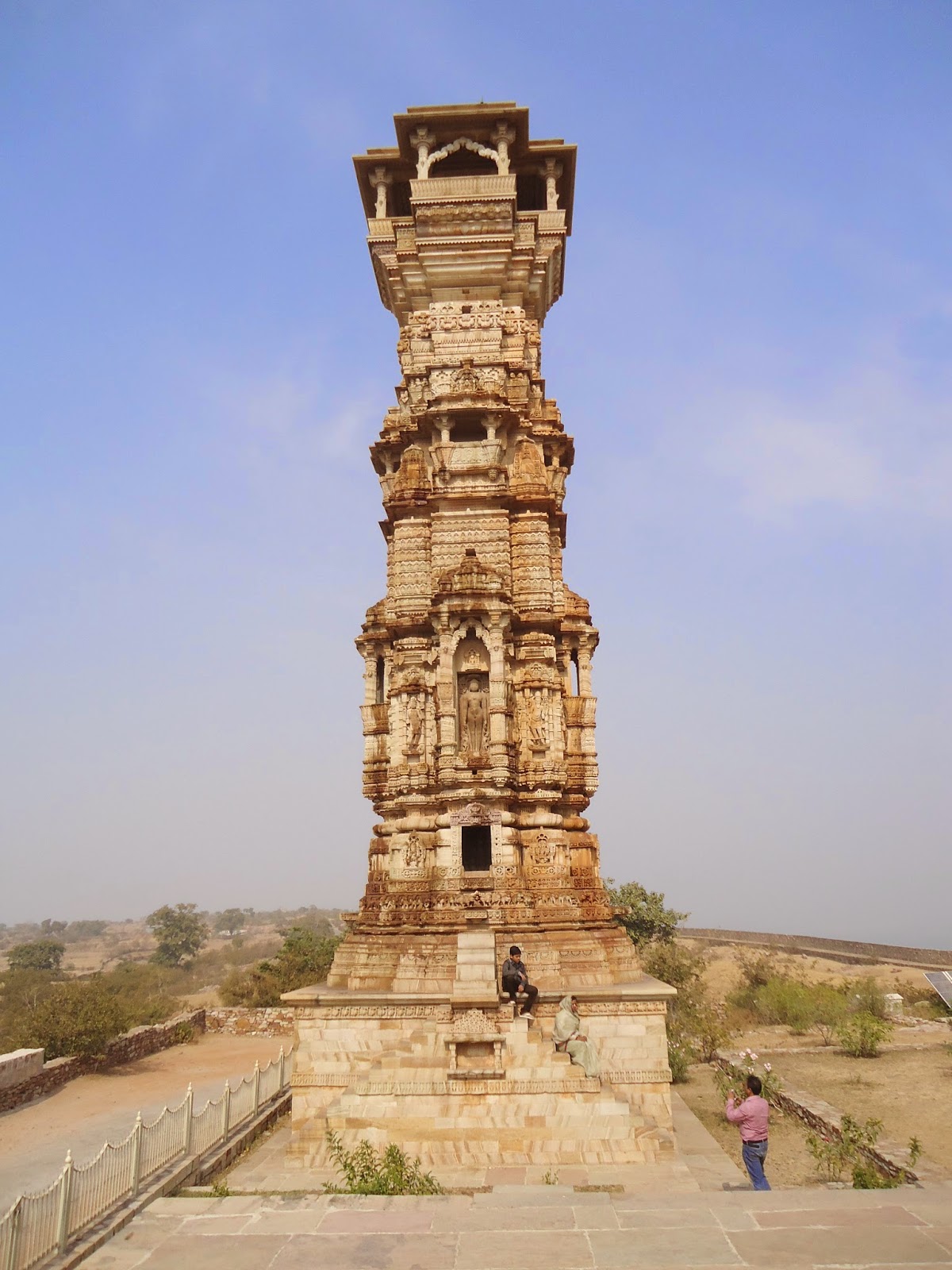 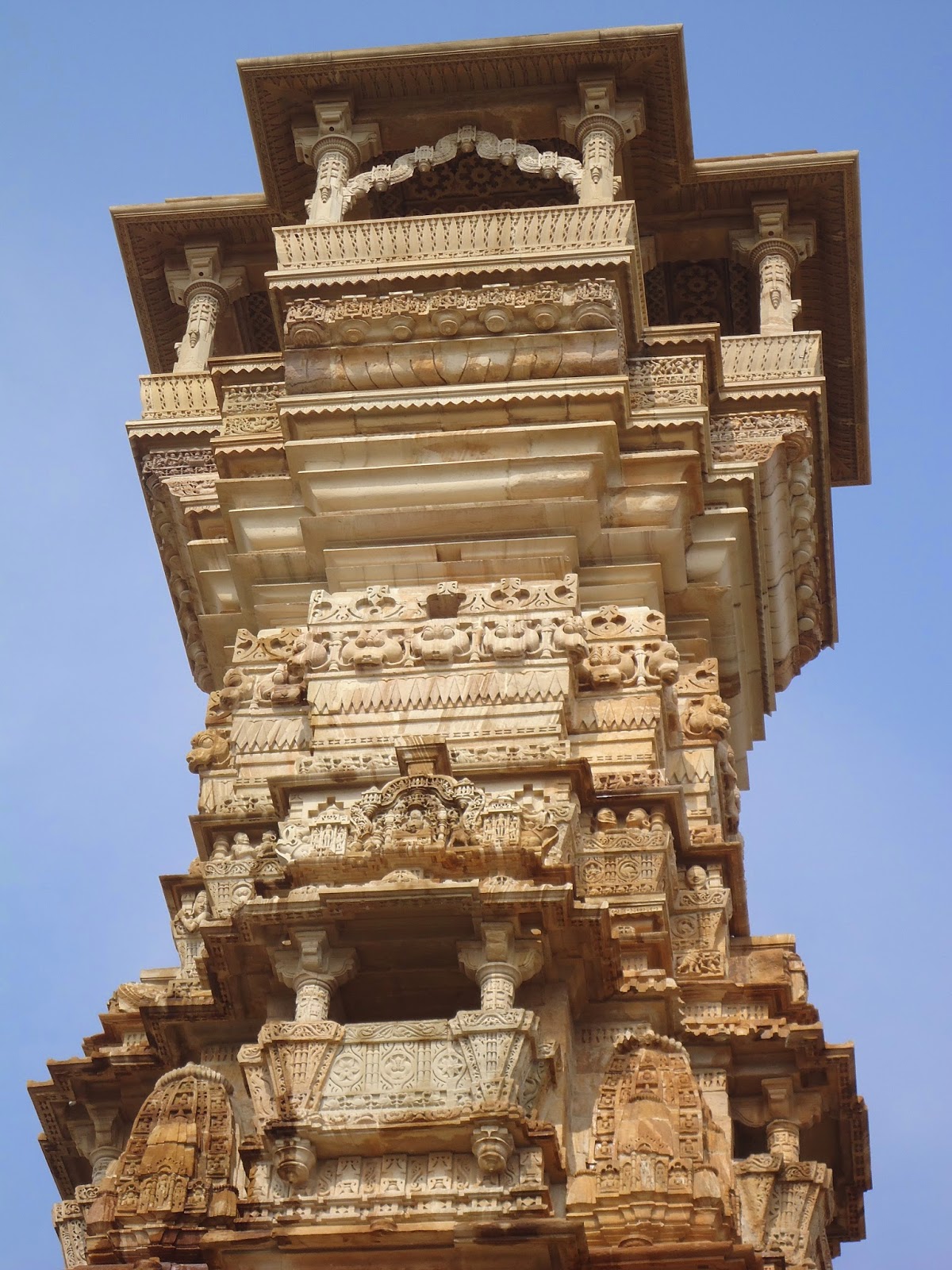 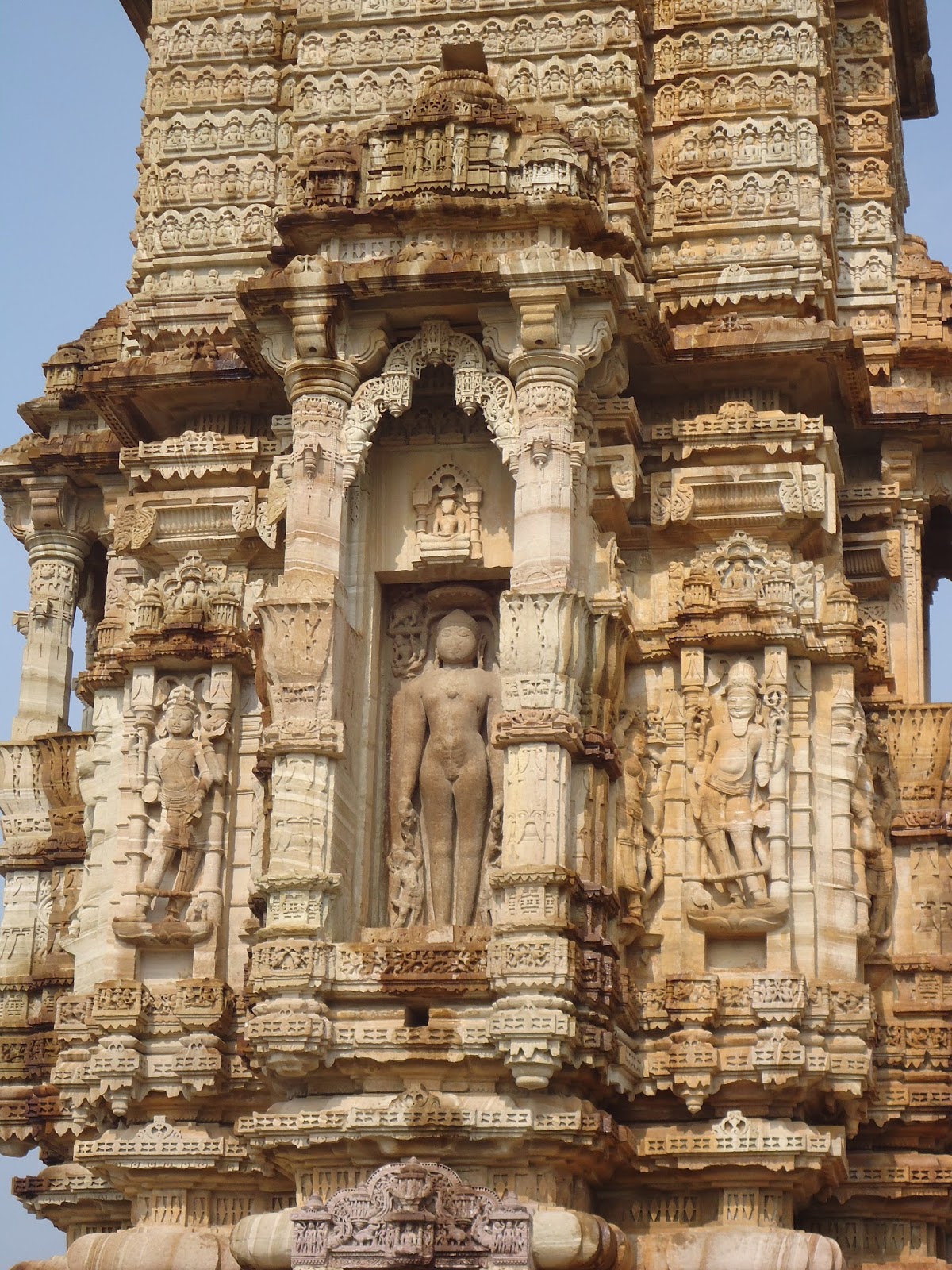 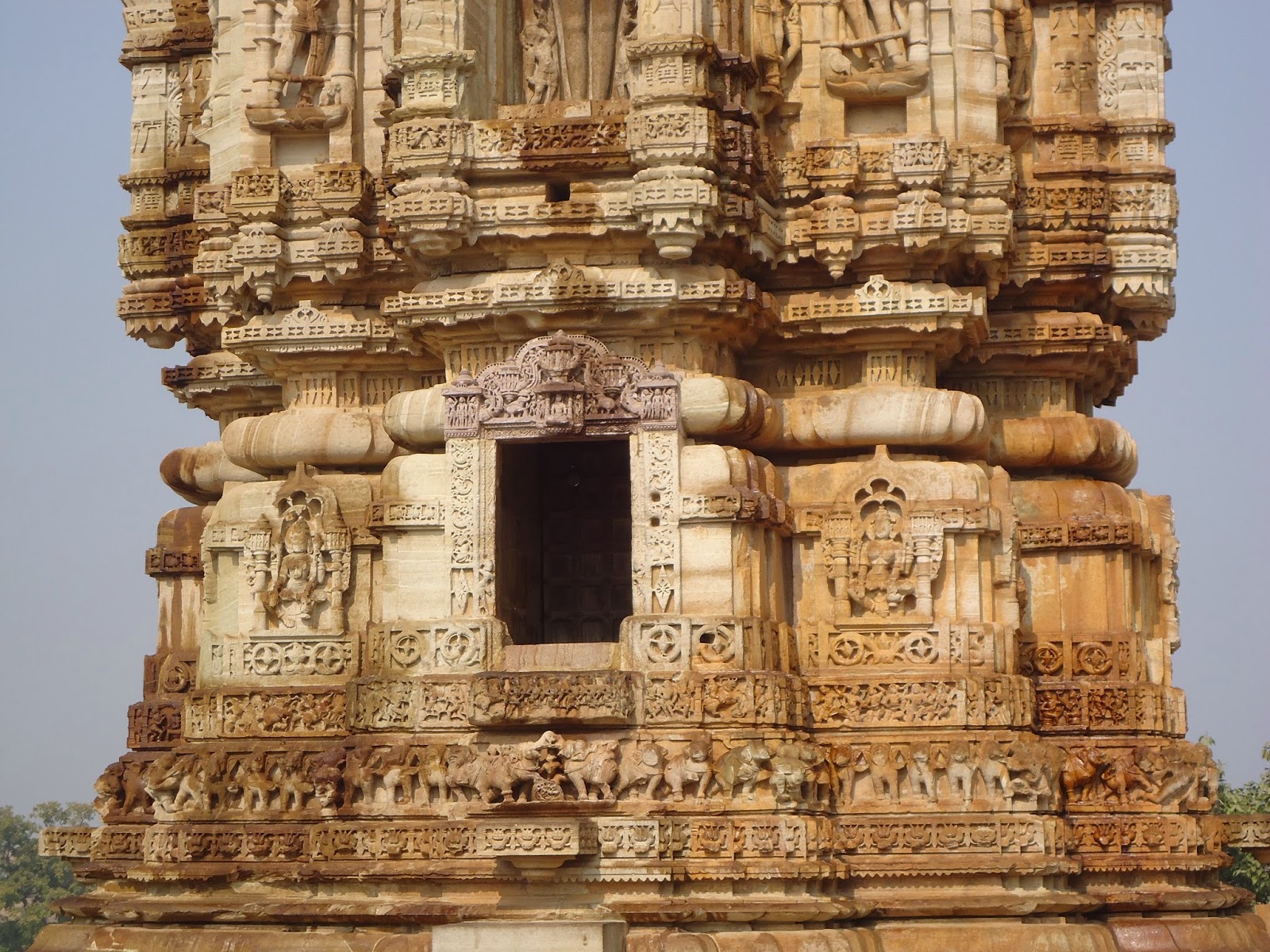