This is a Zen Buddhist temple in Kyoto, Japan. 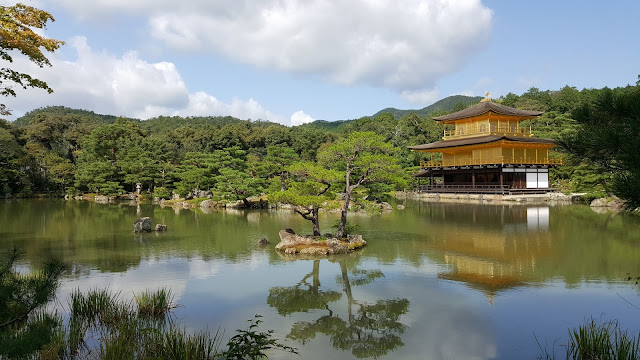 The golden pavillion is so beautiful. It's part of a larger complex of buildings set in the most
Japanese of Japanese gardens.

The site dates from 1397. It started off a a villa but was converted to the Kinkaku-ji complex
by the Shogun Ashikaga Yoshimitsu. 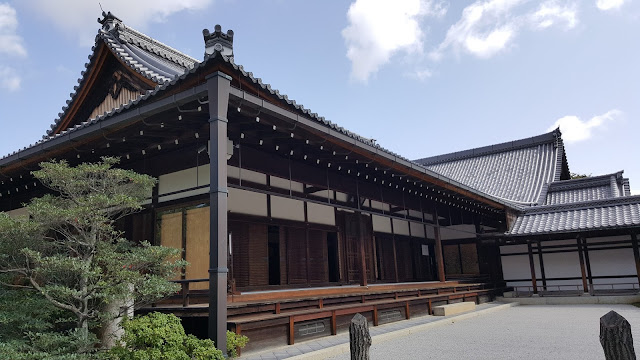 The Pavillion is very important to the Japanese. It is on the world heritage list and is
designated as a National Special Historic Site.

During the Onin war (1467–1477), all of the buildings in the complex aside from the pavilion were burned down. This golden pavillion remained in tact for nearly 500 years until 1950 when it was burned down by a 22-year-old novice monk,
Hayashi Yoken, who then attempted suicide on the Daimon-ji hill behind the building. 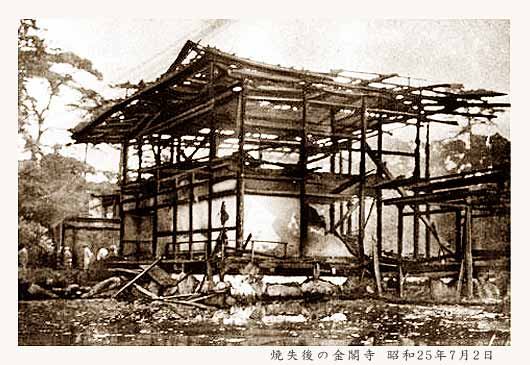 He survived and was jailed. He died of tuberculosis in 1955. 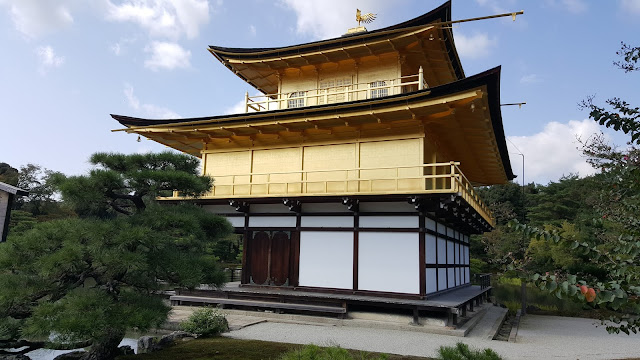 The temple has been rebuilt but one can only feel sadness for this lost of a national treasure and what pain it must have caused the Japanese People. 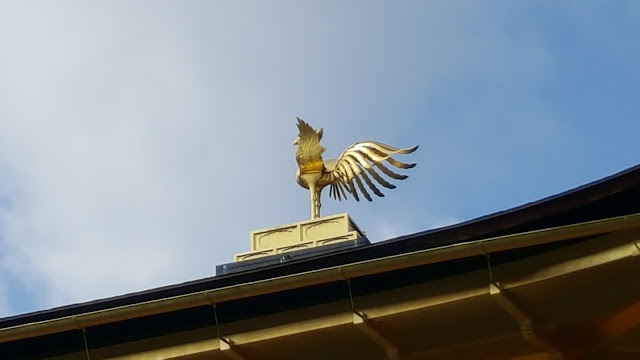 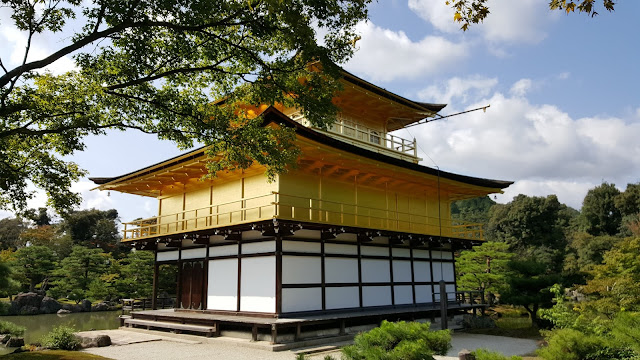 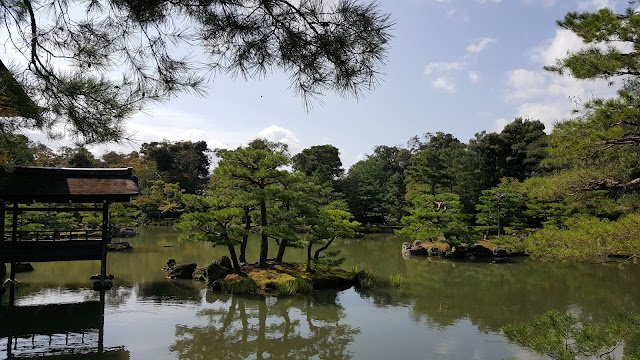