These are my build notes for the Nonlinearcircuits eurorack version of the Aries 329 Phase Flange.
"Circuit is based on the Aries 329 phase/Flange, which is not the same as but shares some similarities with the Arp Quadra phaser and the Tau pipe Phaser. This version is nearly all smd and uses BCM847 matched transistors." 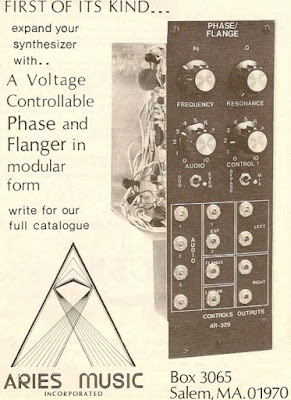 Some pics of the NLC panel & virgin PCBs 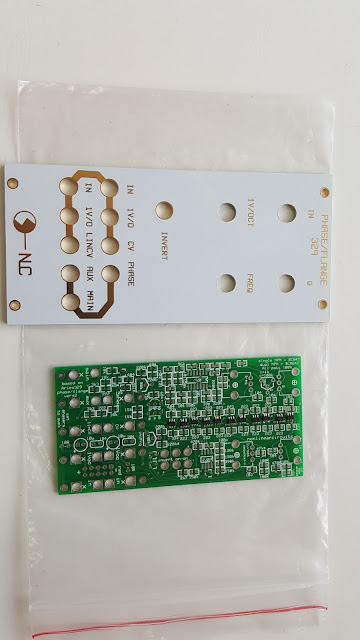 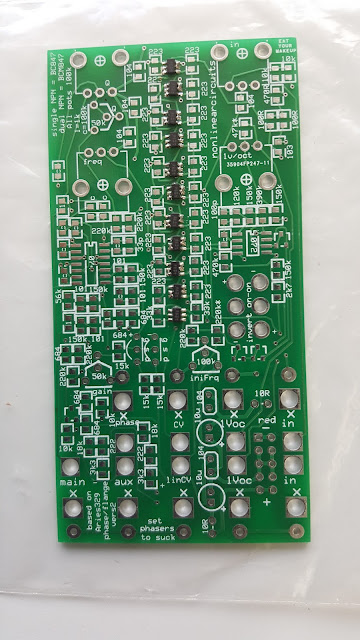 Andrew supplied this board with the matched 847s already soldered onto the PCB. 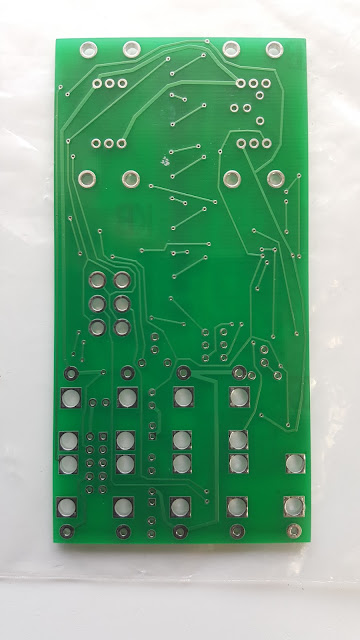 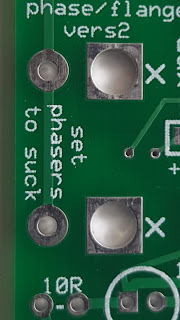 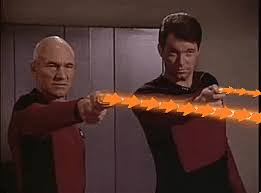 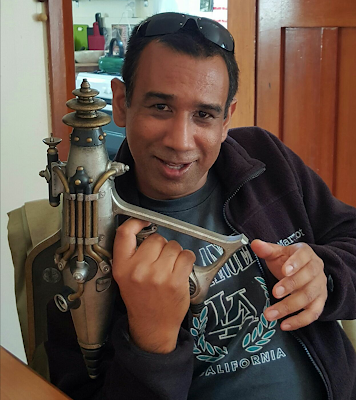 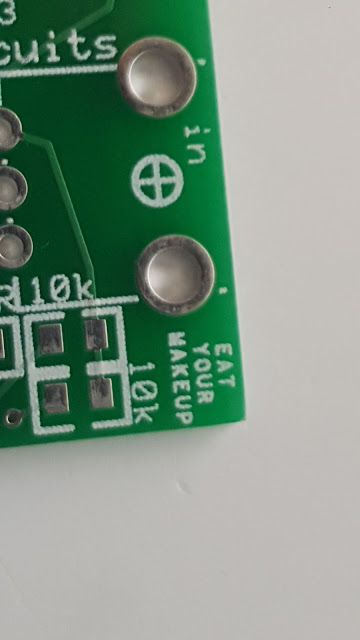 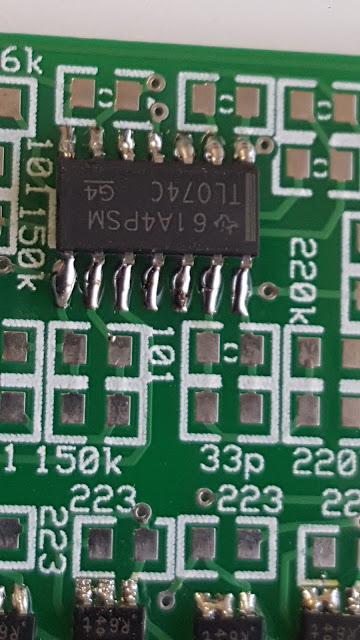 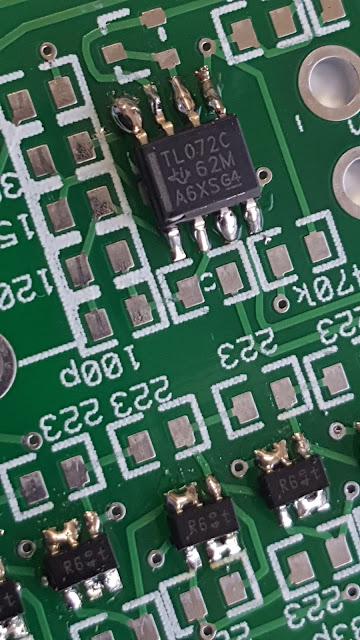 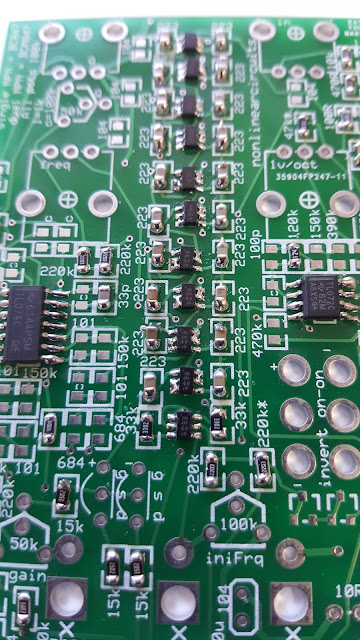 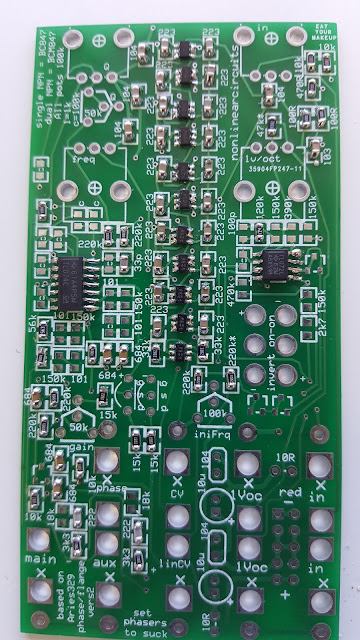 Install the rest of the SMDs 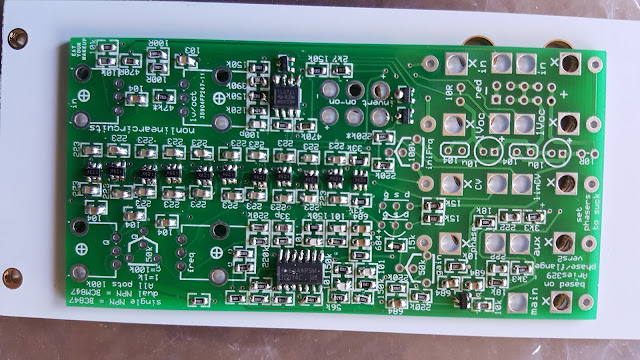 It's time for the JFETs
JFETs can be either N or P channel.
The BOM specifies either a J108 or J 112. Both are N-channel.
The module needs two of these matched FETs. 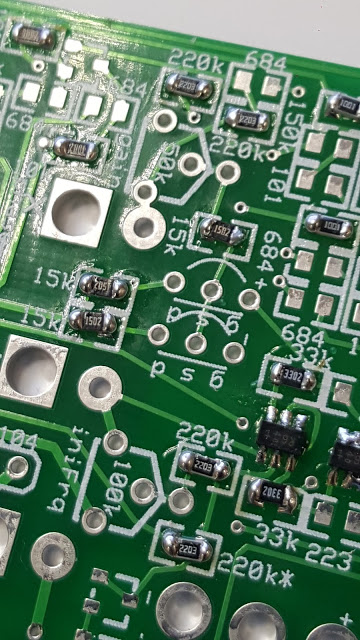 G= gate, S= source, D= drain.
A voltage at the gate controls the channel resistance (between the S & D).

Andrew reckons that you do not need to match them to 1μV. Just buy a batch of at least 10 or so and find the 2 closest to each other.  Maybe with in a few mV is okay. ?? 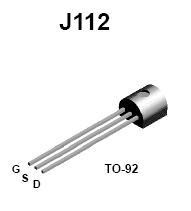 I purchased a batch of J112s from Mouser and tested them using my Atlas DCA Pro.
Its a wonderful device which will make your job so much easier. 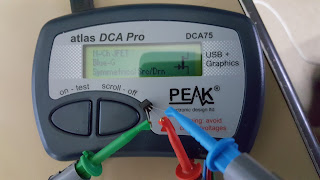 It's important to match the FETs as closely as possible. In my batch of 12 the results varied greatly.
I tested for VGSoff, Idss, VGSon in that order.

If you can get VGSoff very close and Idss in the ballpark, you should be ok.

You can see my full test results here:
http://djjondent.blogspot.com.au/2016/10/all-about-jfets-matching-for.html


There was a huge variation in results from just twelve J112s.
Maybe I'll get a batch of 20 to 30 next time to get closer matches
Today I'll go with 1 & 3 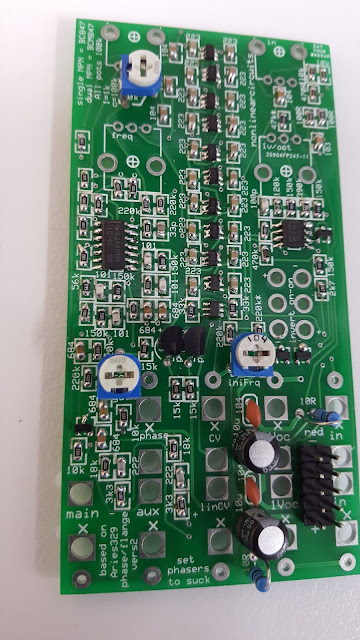 Main components are in.
Now its time for the jacks, switches & pots. 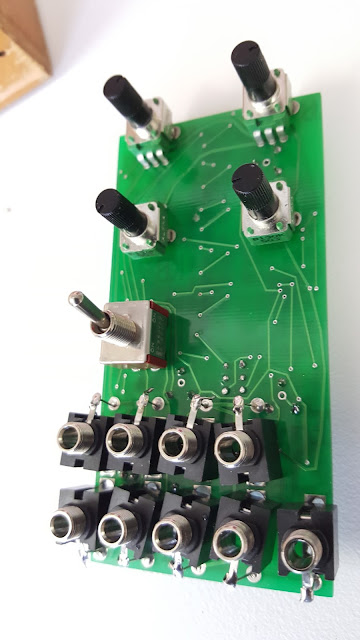 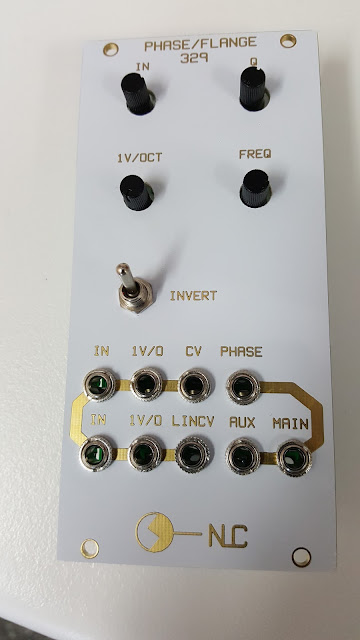 Calibration is very important.
When I first turned the phaser on I was confronted with a loud continuous screech.
Adjustment of the trimpots eliminated this problem. 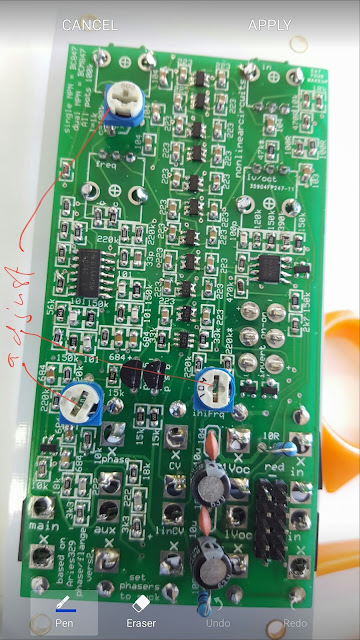 The main one is the 50K pot near the phase jack.
It also controls the amt of clipping at the outputs. A lot depends on the FETs chosen
Check out Andrew's NLC build notes for further info regarding calibration.