Teotihuacan - "birthplace of the gods" - Mexico

Teotihuacan is 48 km northeast of Mexico City
It's the site of many of the most architecturally significant Mesoamerican pyramids in N. America. 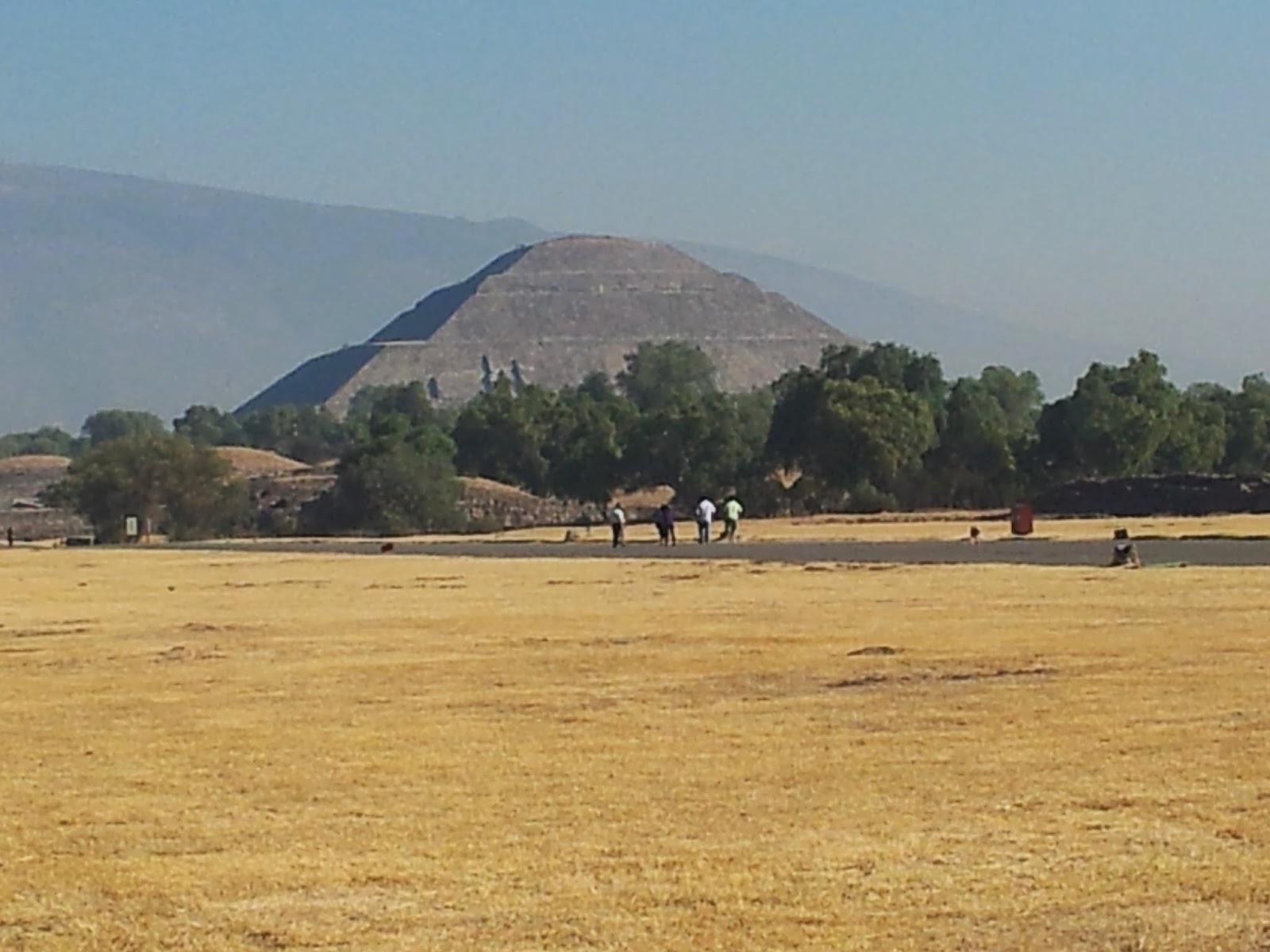 Probably established around 100 BC. It's thought that the city was destroyed around about 550AD 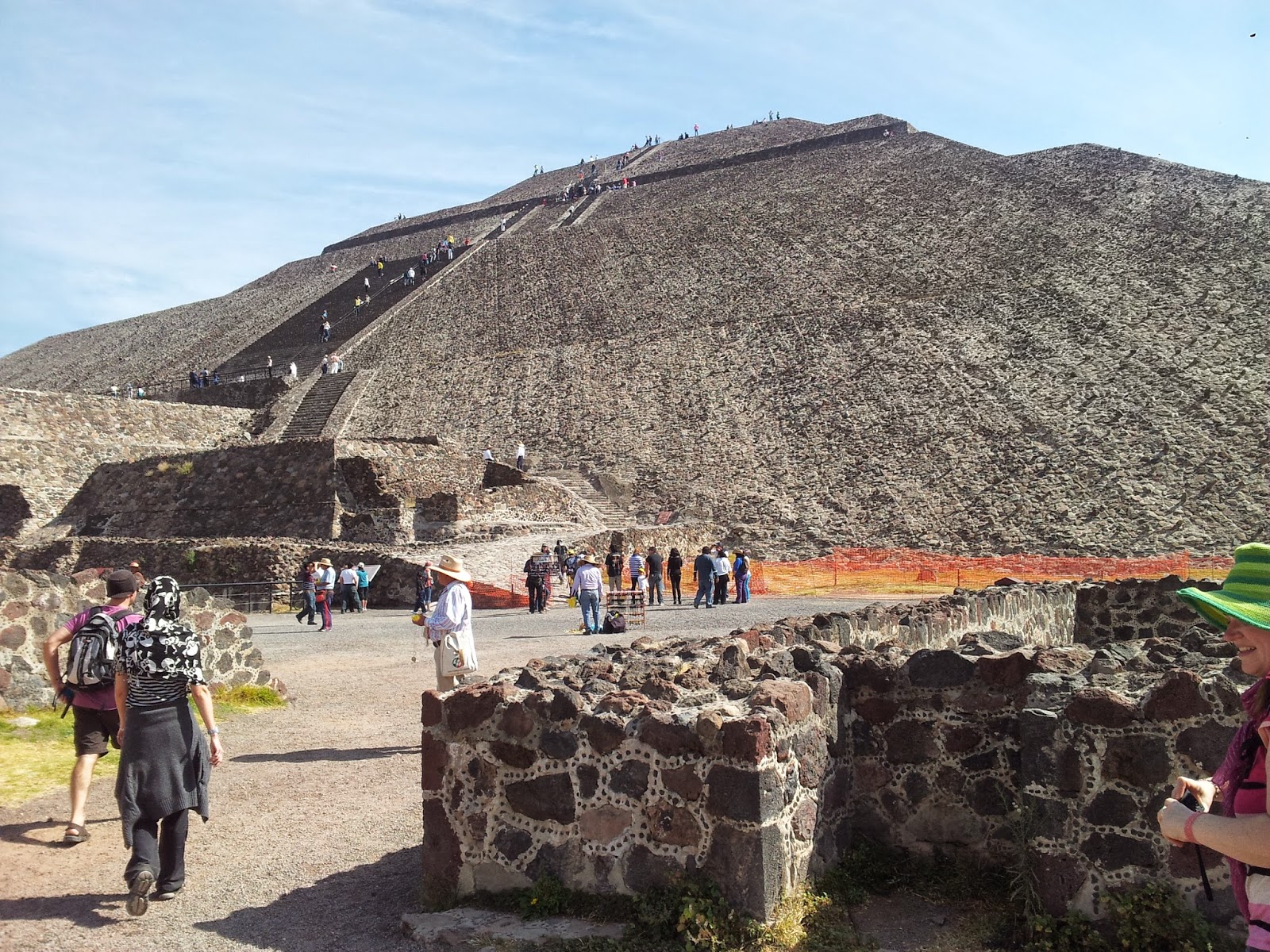 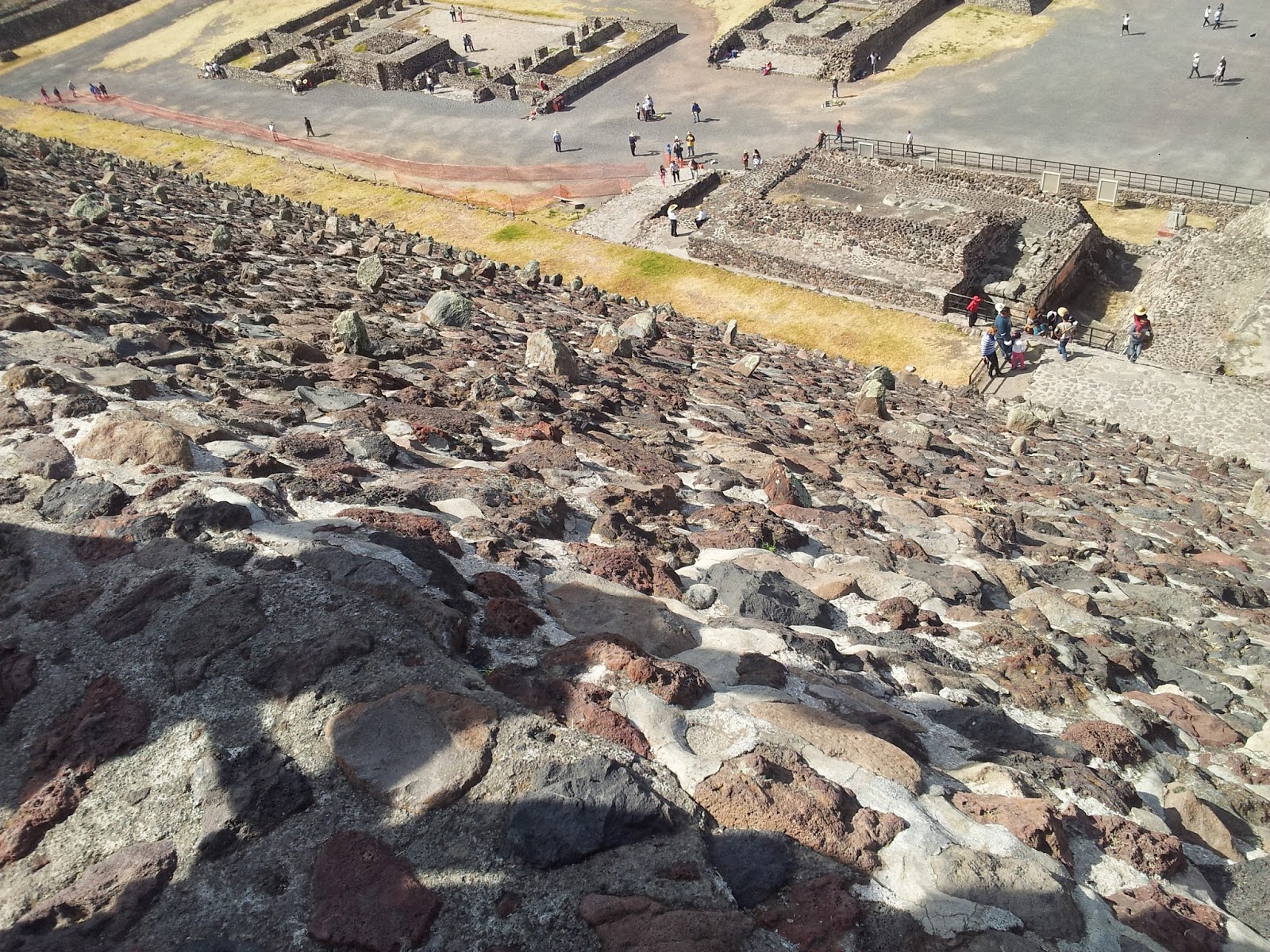 The view from the summit of the Pyramid of the Sun
These are not built of solid stone like the Egyptian pyramids. ... rather, rubble covered with cut stone. 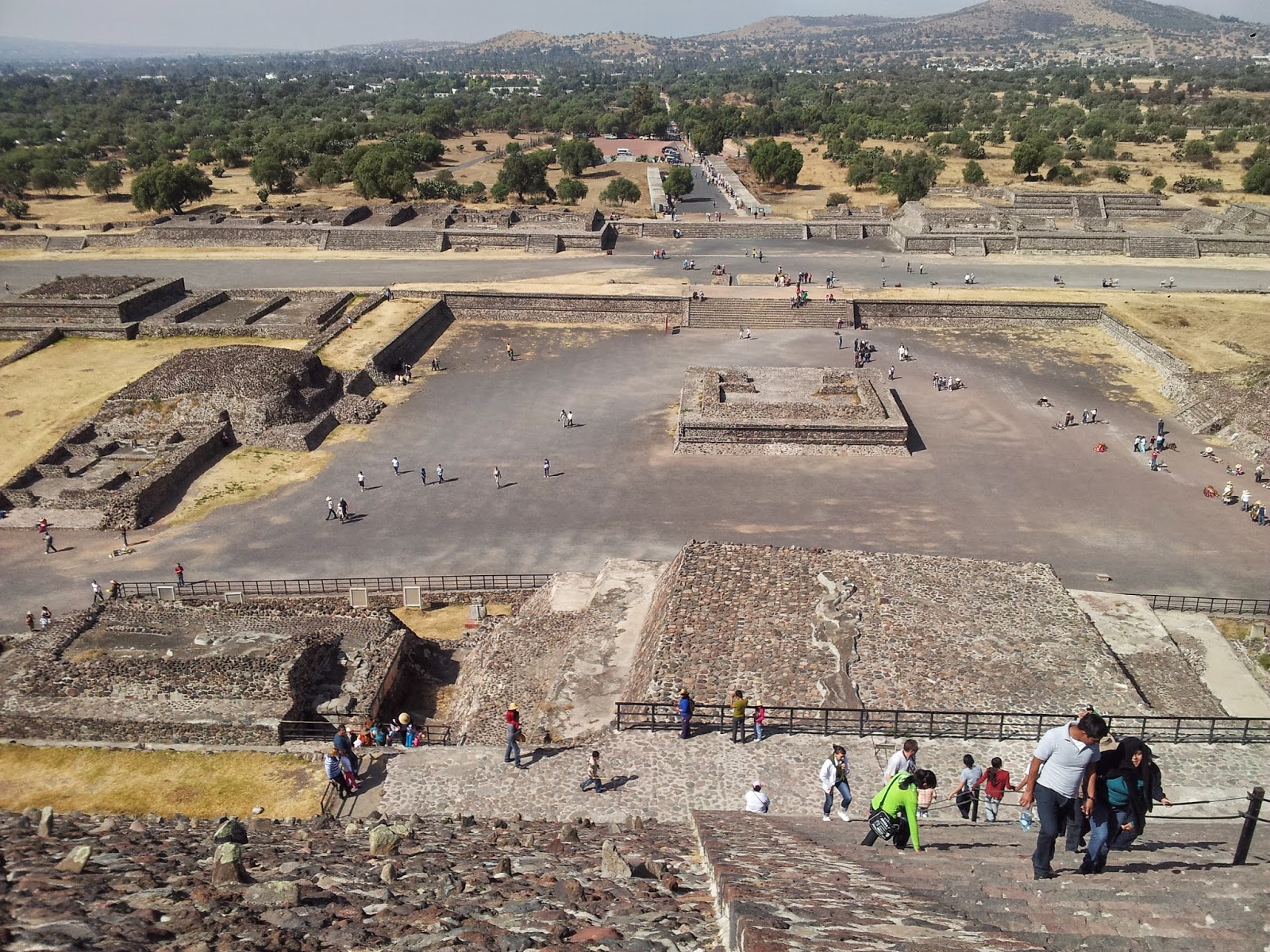 Looking over the Avenue of the Dead
In its heyday, this city came to be the largest and most populated center in the New World. 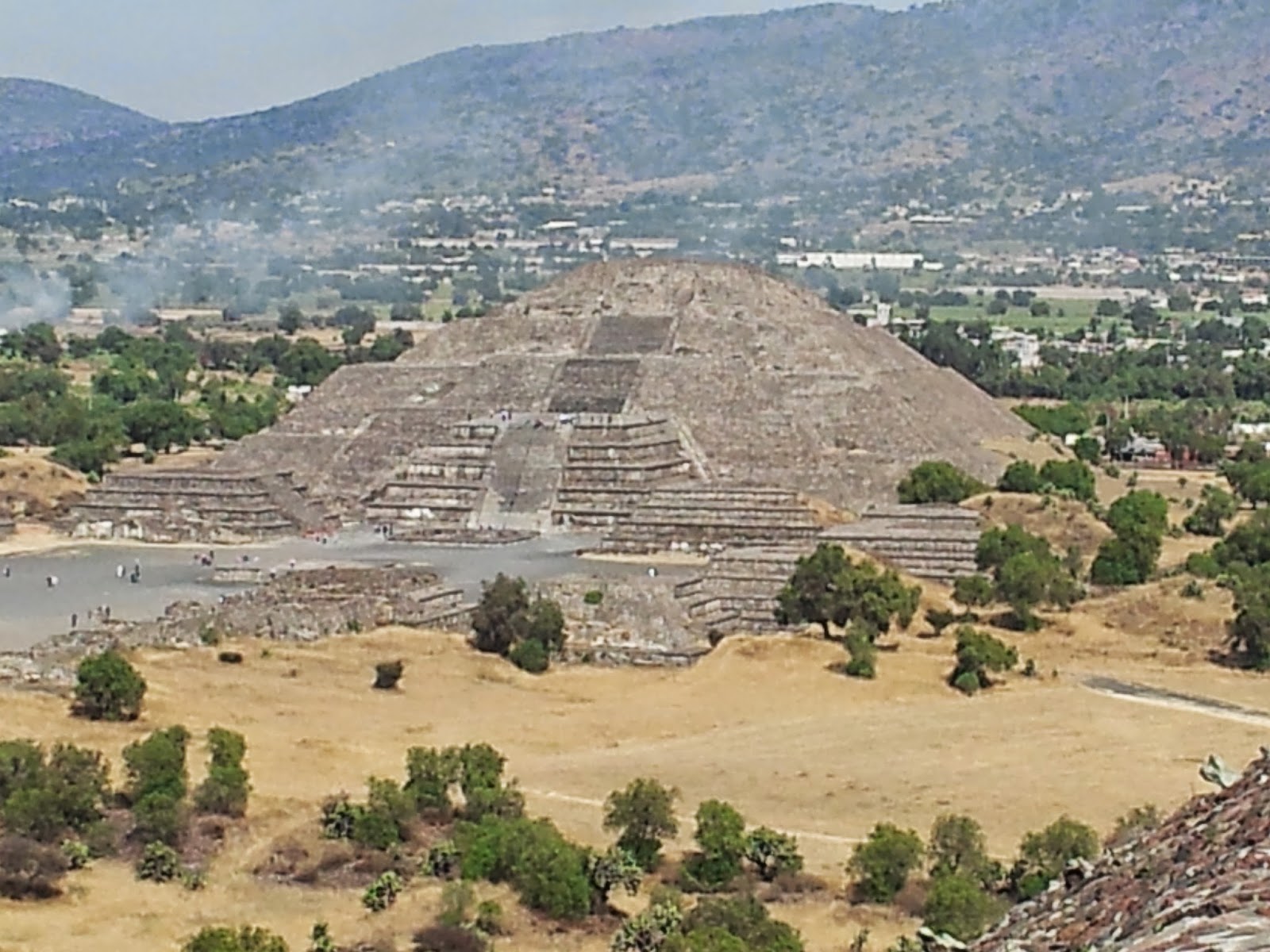 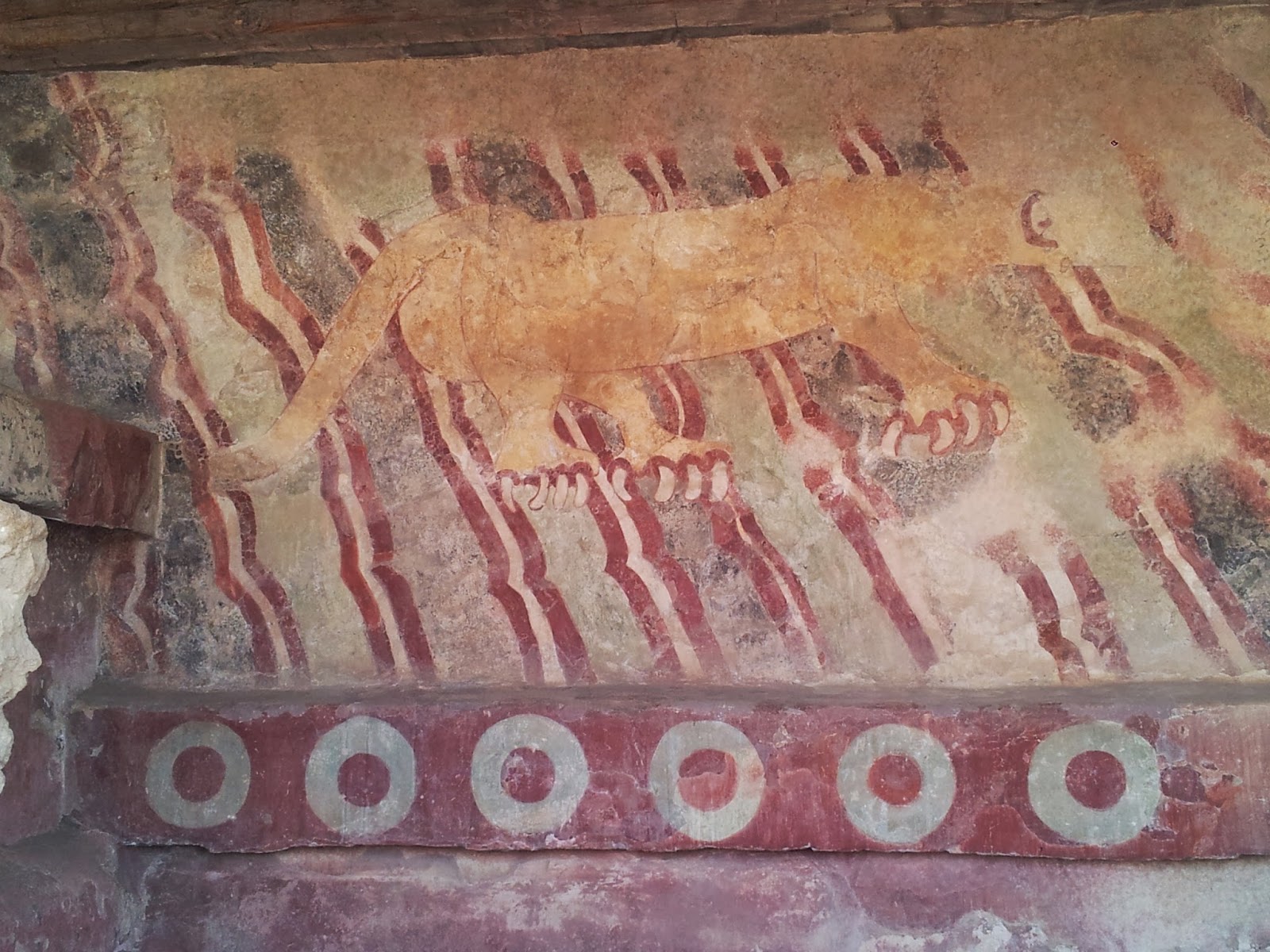 This mural of a puma was discovered in 1963. It's part of the Puma Complex" that flanks the Avenue of the Dead. 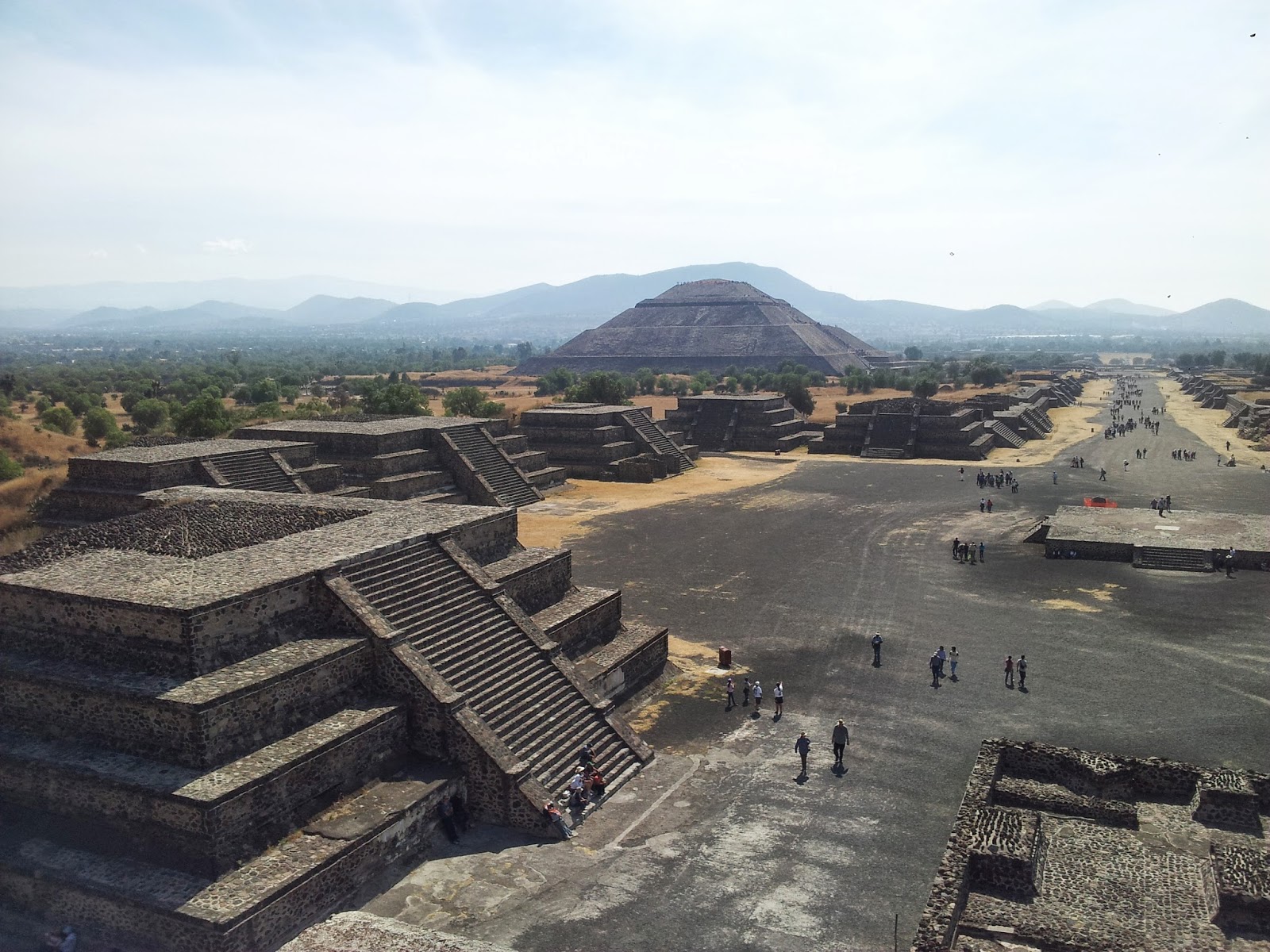 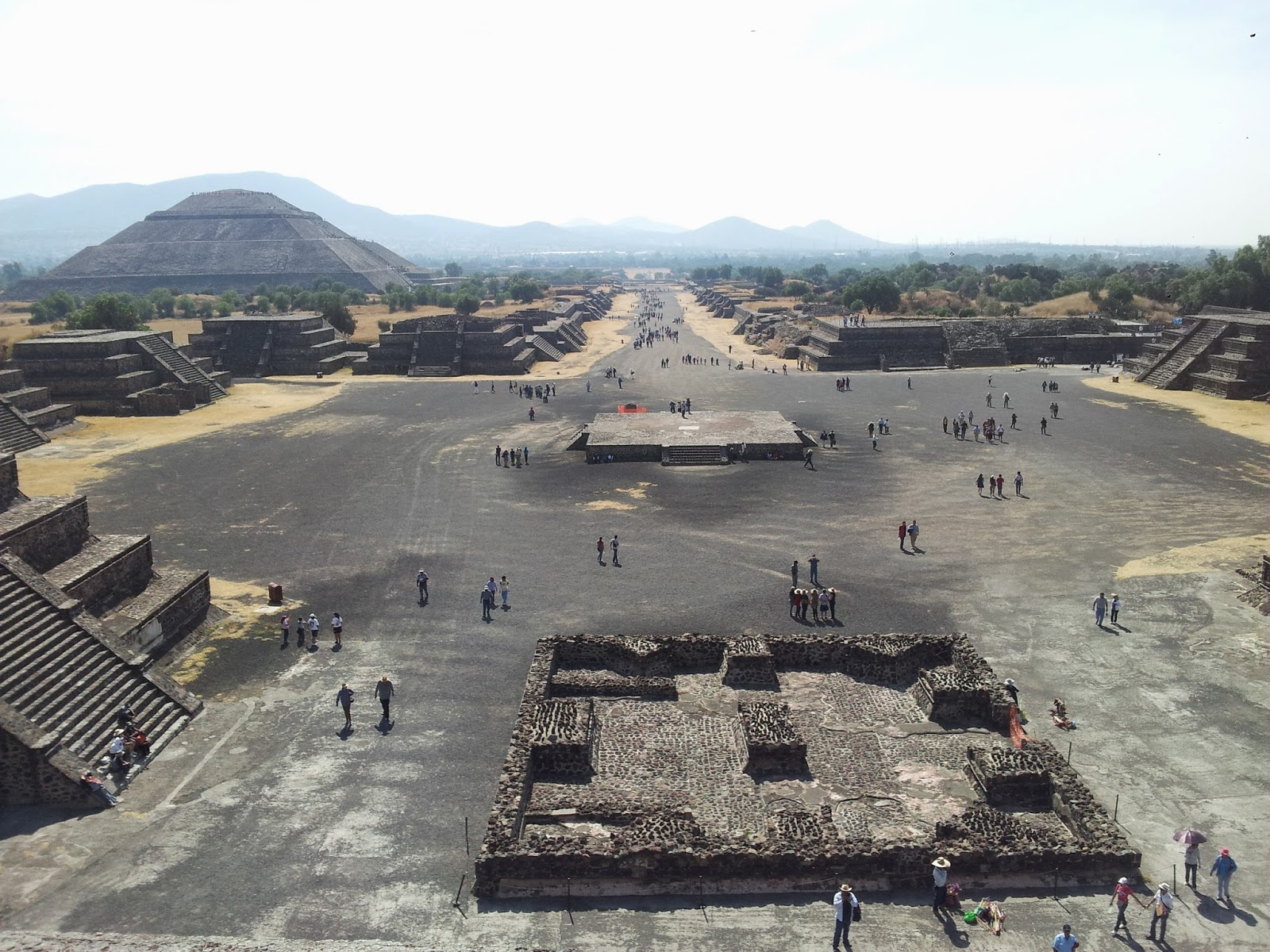 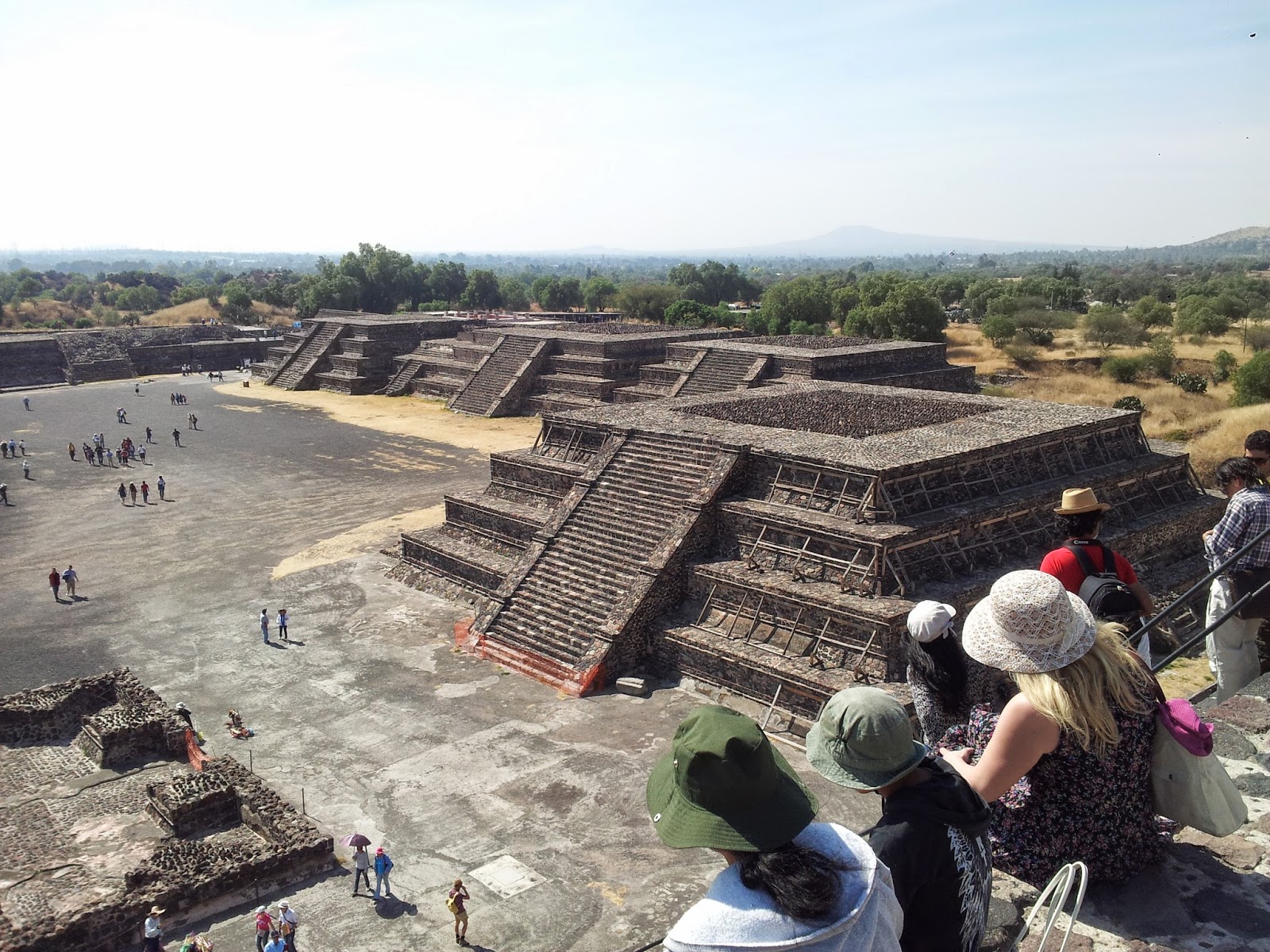 
Teotihuacanos practiced human sacrifice: human bodies and animal sacrifices have been found during excavations of the pyramids at Teotihuacan. Scholars believe that the people offered human sacrifices as part of a dedication when buildings were expanded or constructed. The victims were probably enemy warriors captured in battle and brought to the city for ritual sacrifice to ensure the city could prosper.[32] Some men were decapitated, some had their hearts removed, others were killed by being hit several times over the head, and some were buried alive. 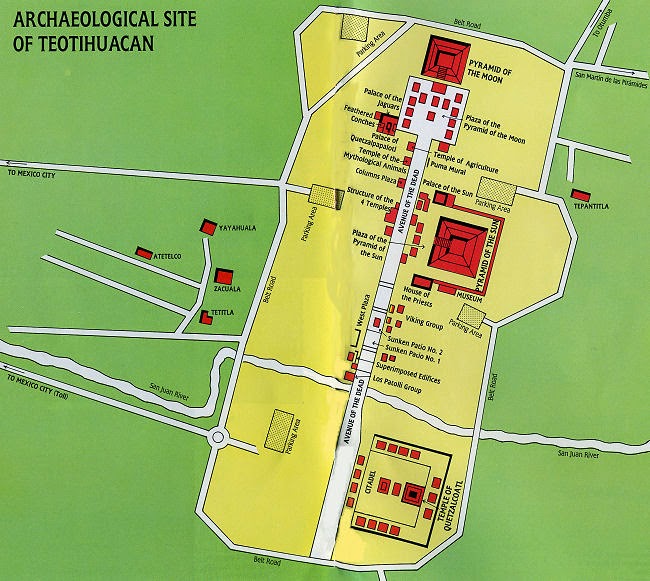