It's still a mystery today.
Where is King Herod buried?
These are picks I took of the Herodium (just outside Bethlehem).

The approach from Bethlehem.


In the distance that mountain with the flat top is the Herodian.  It's told that Herod forced his slaves to make two hills into this one huge mountain in order to display his power over God’s. 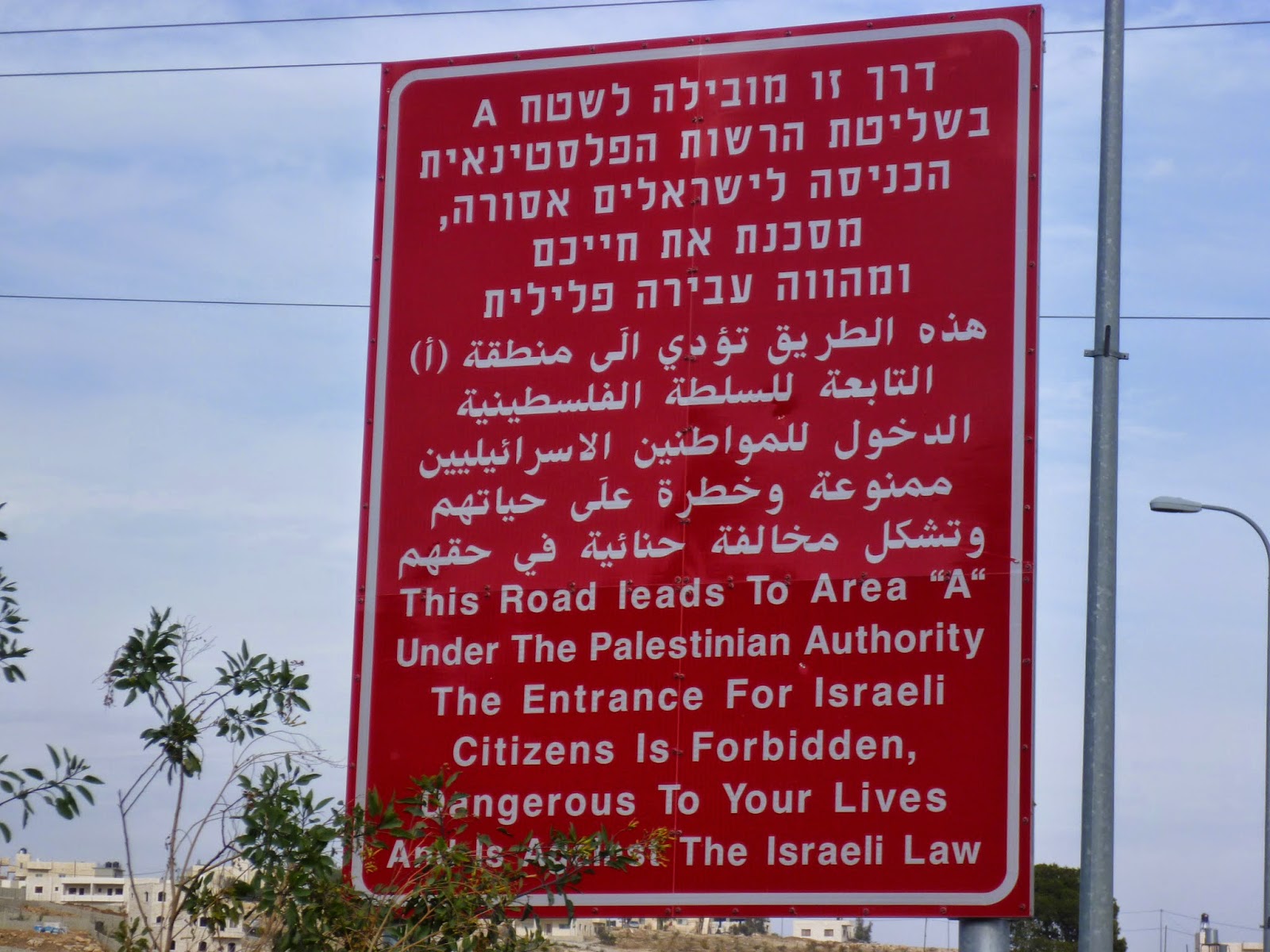 Herod the Great, the king of Judea ruled around the time of Jesus. He was the Jewish proxy ruler of the Holy Land under imperial Roman occupation from 37 B.C.  Credited in history for the "massacre of the innocents".

He lived from 74 BC to 4 BC building lavish building projects including the fortress of Masada and the second temple. He did so by burdening his people with heavy taxes. 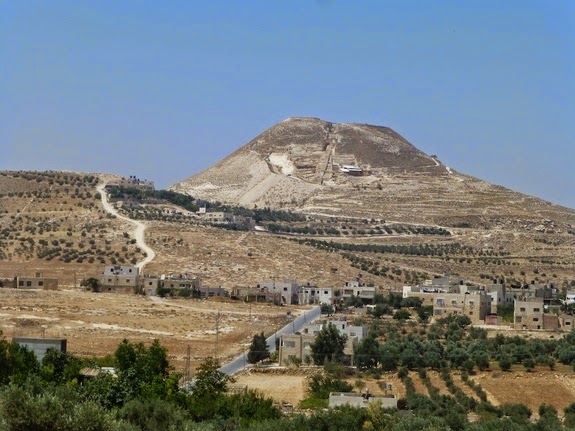 "This fortress, which is some sixty stadia[6] distant from Jerusalem, is naturally strong and very suitable for such a structure, for reasonably nearby is a hill, raised to a (greater) height by the hand of man and rounded off in the shape of a breast. At intervals it has round towers, and it has a steep ascent formed of two hundred steps of hewn stone. Within it are costly royal apartments made for security and for ornament at the same time. At the base of the hill there are pleasure grounds built in such a way as to be worth seeing, among other things because of the way in which water, which is lacking in that place, is brought in from a distance and at great expense. The surrounding plain was built up as a city second to none, with the hill serving as an acropolis for the other dwellings."

Looking into the Herodian from the outer wall 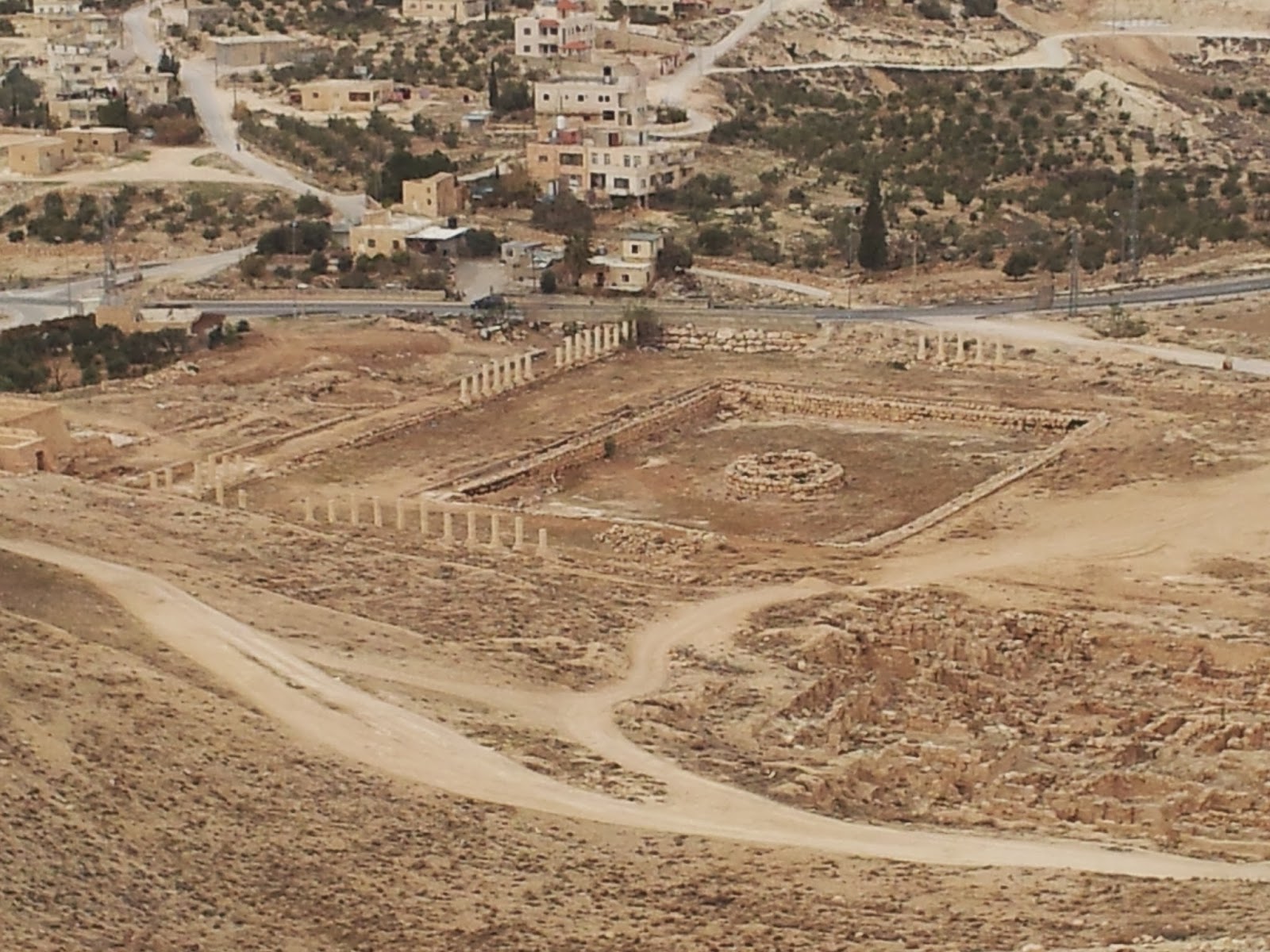 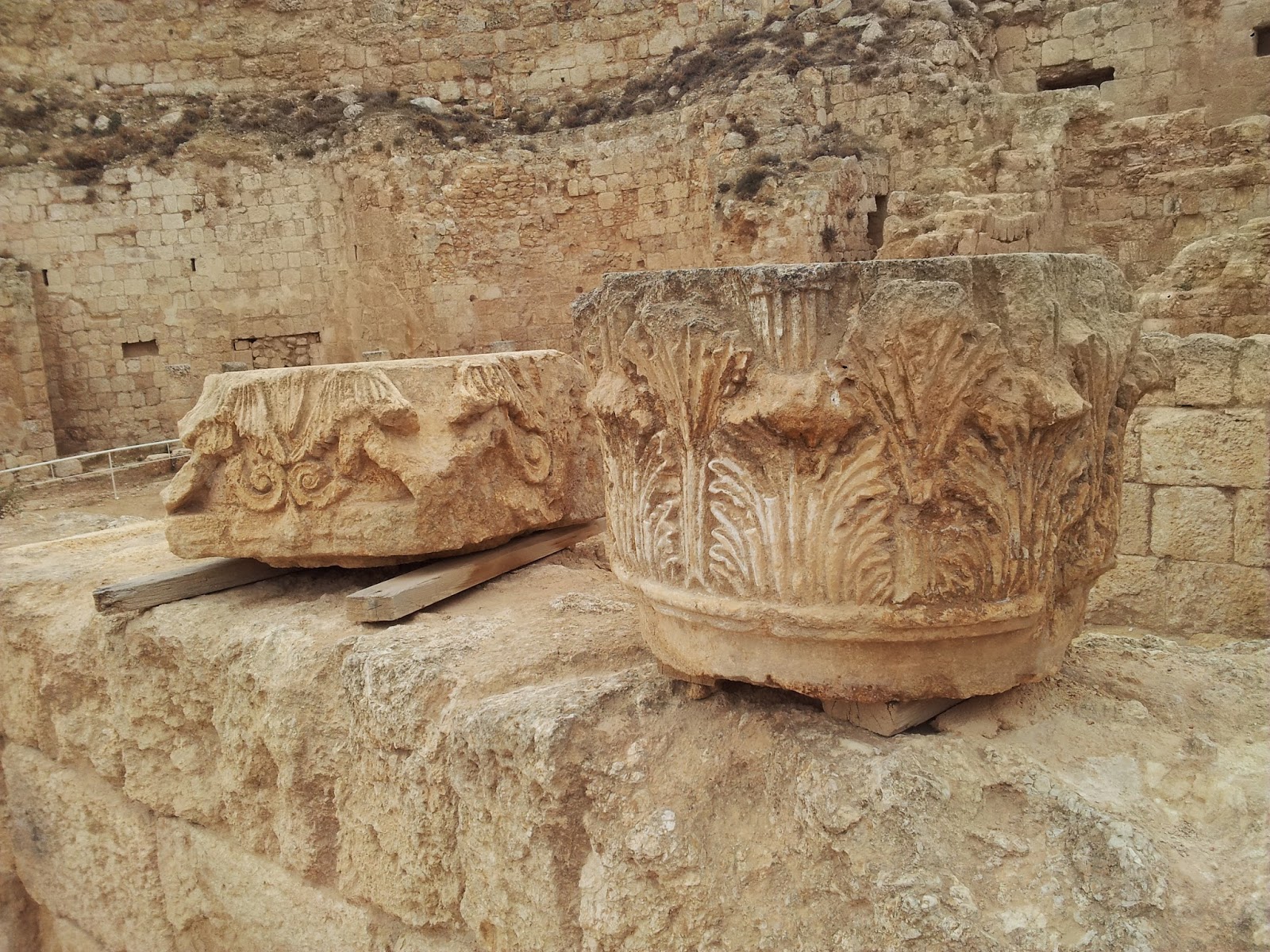 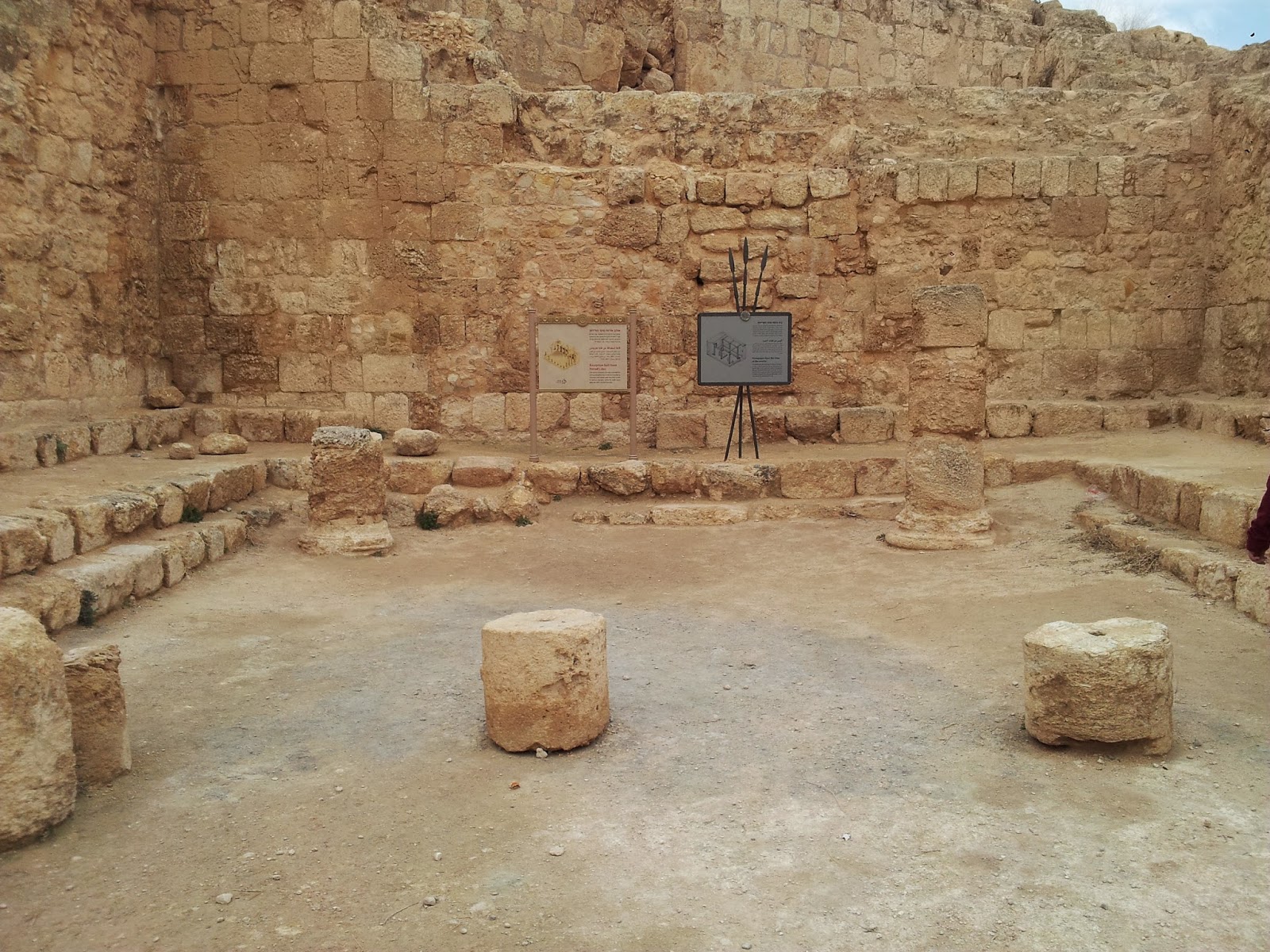 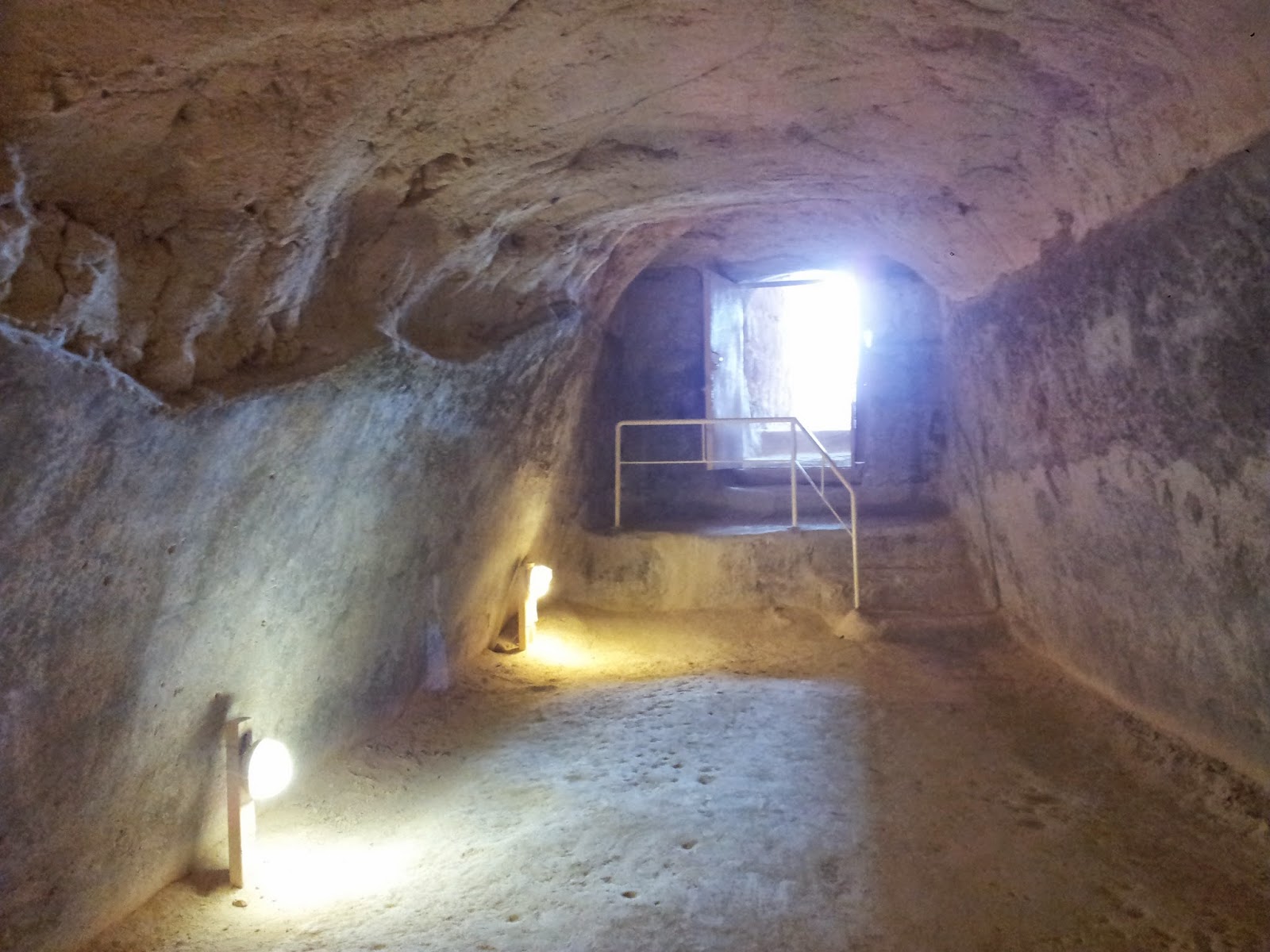 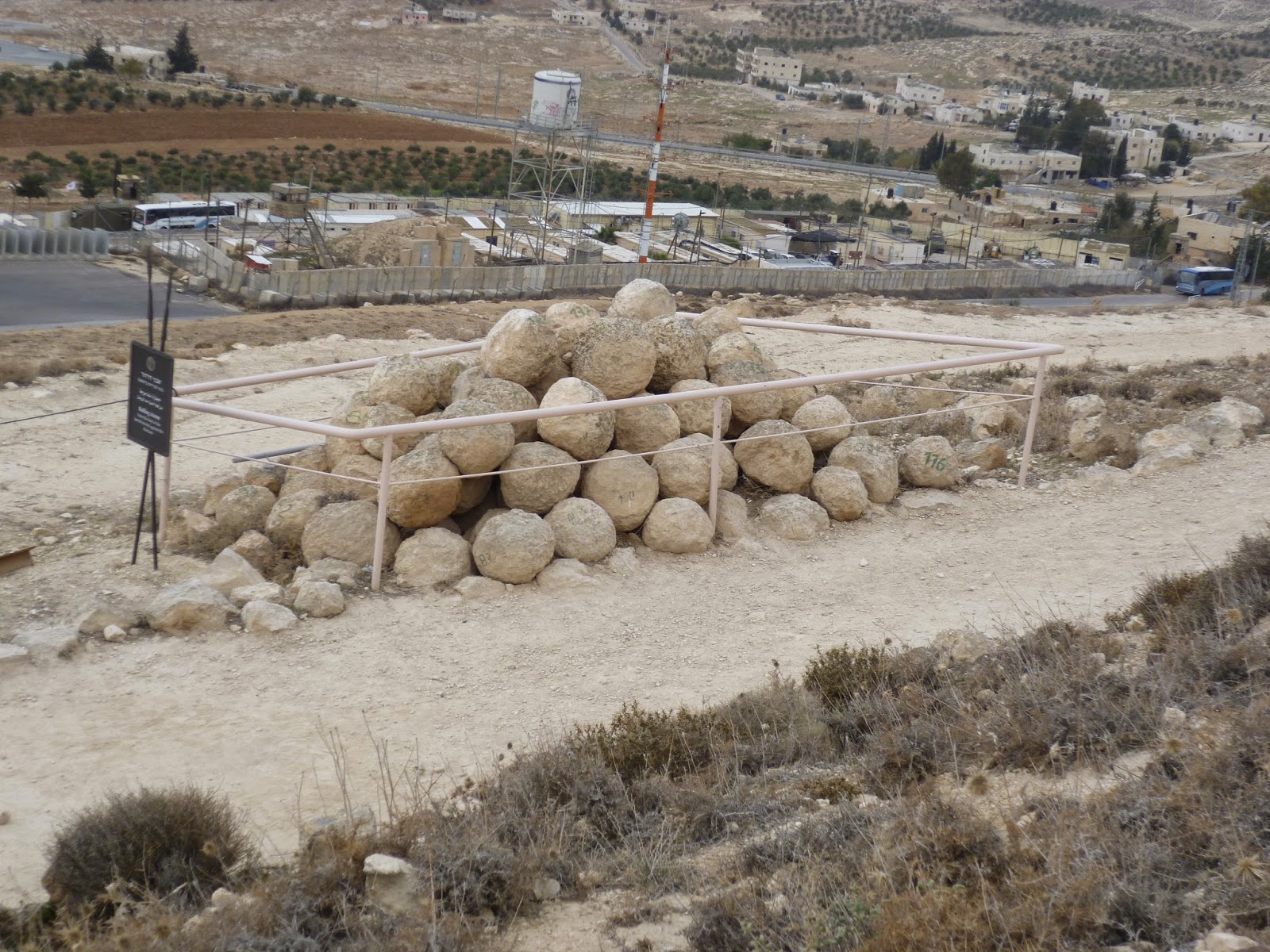 The Herodium was conquered and destroyed by the Romans in 71 CE. At the beginning of the Bar Kokhba revolt sixty years later, Simon bar Kokhba declared Herodium as his secondary headquarters. 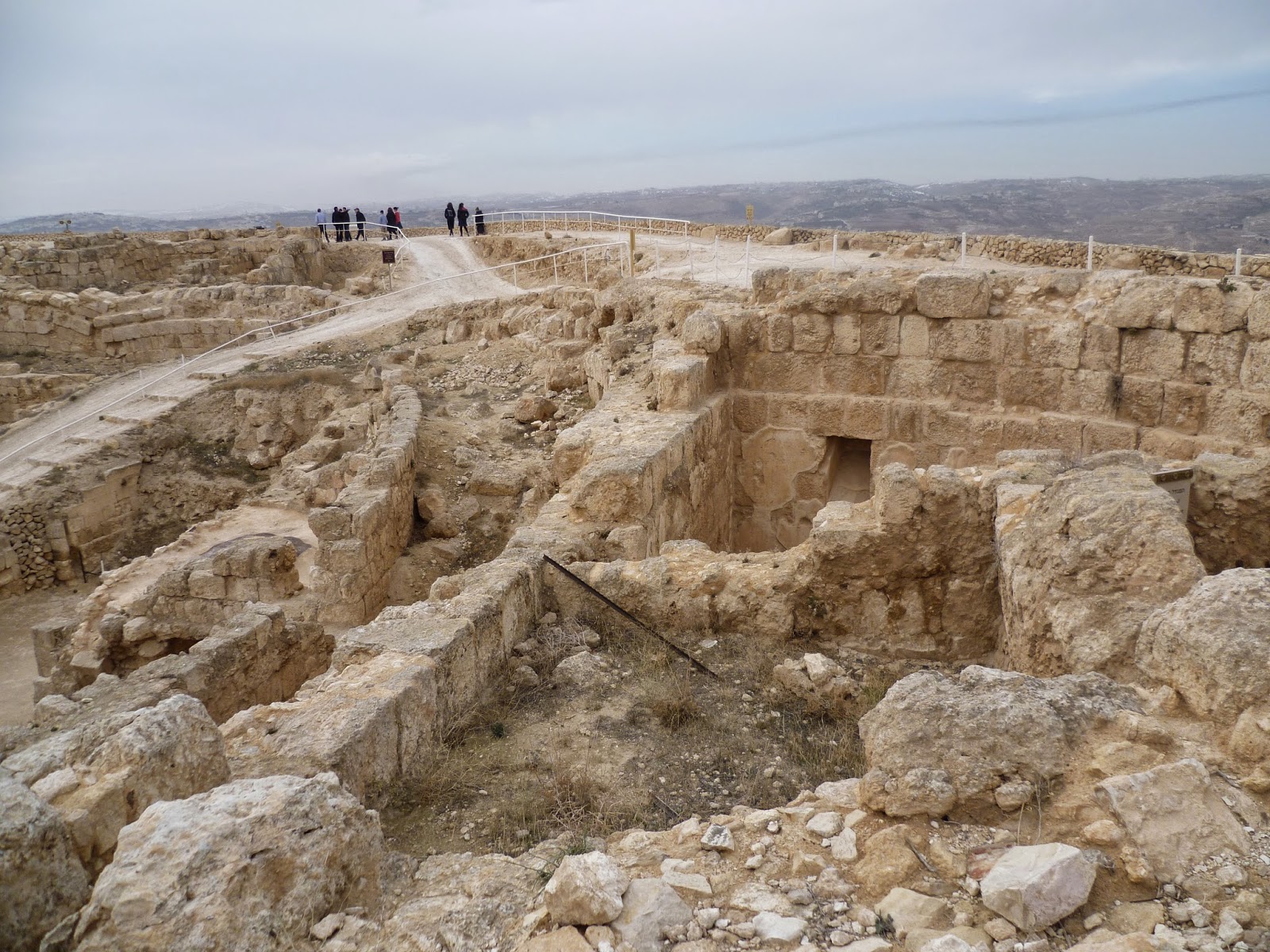 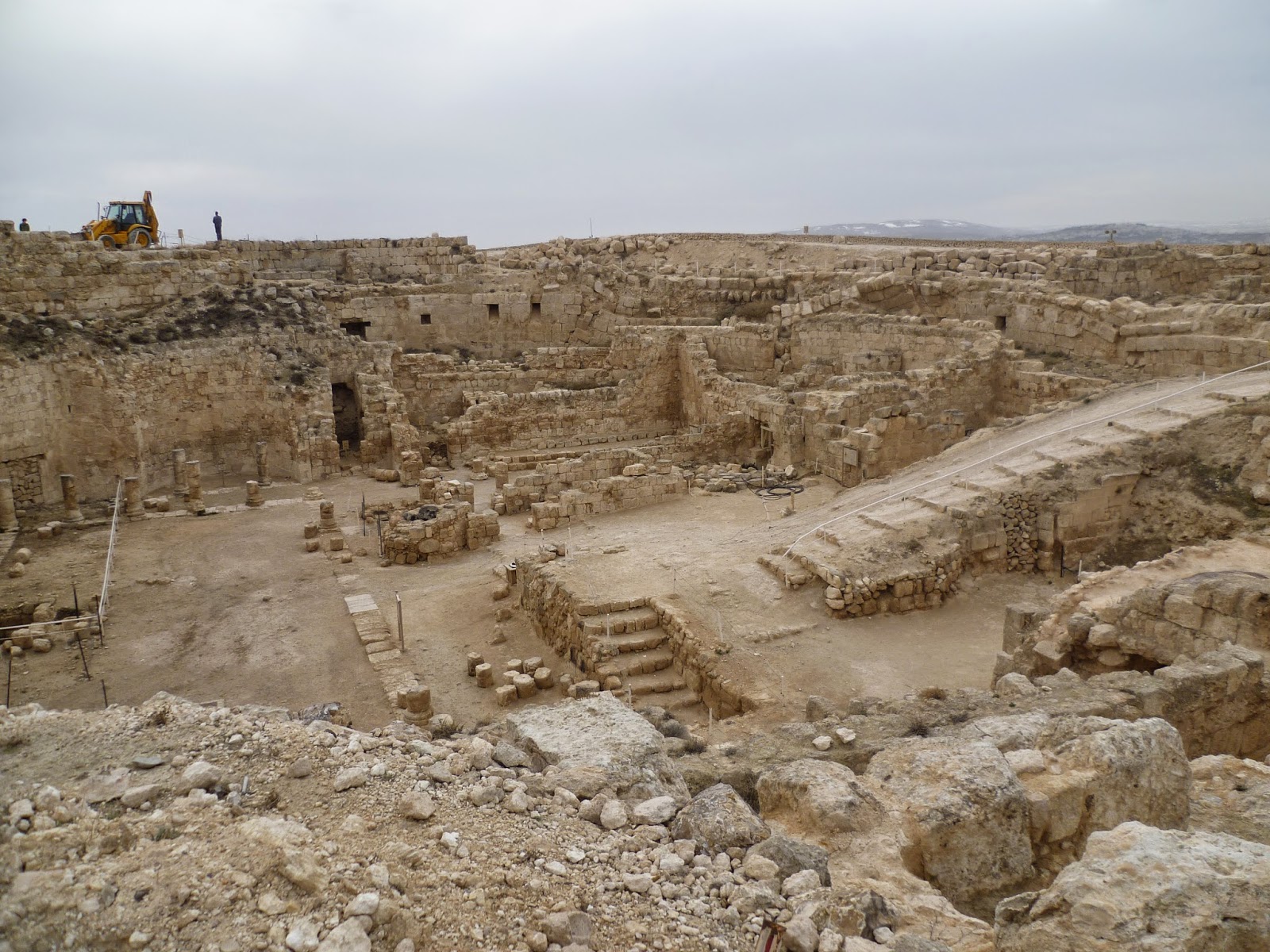 Herod was considered one of the greatest builders of his time. The largest of the four towers was built on a stone base 18 meters in diameter. 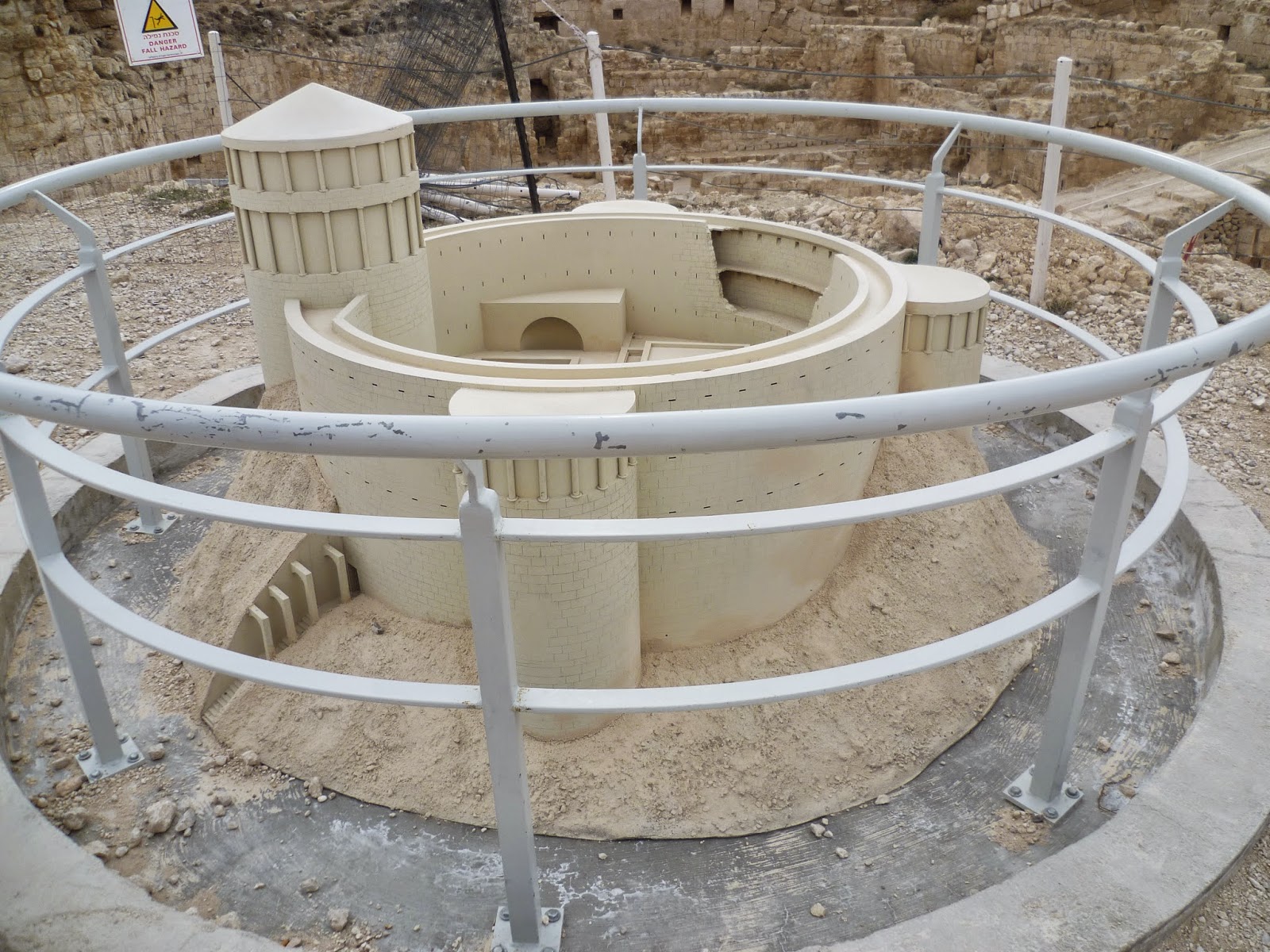 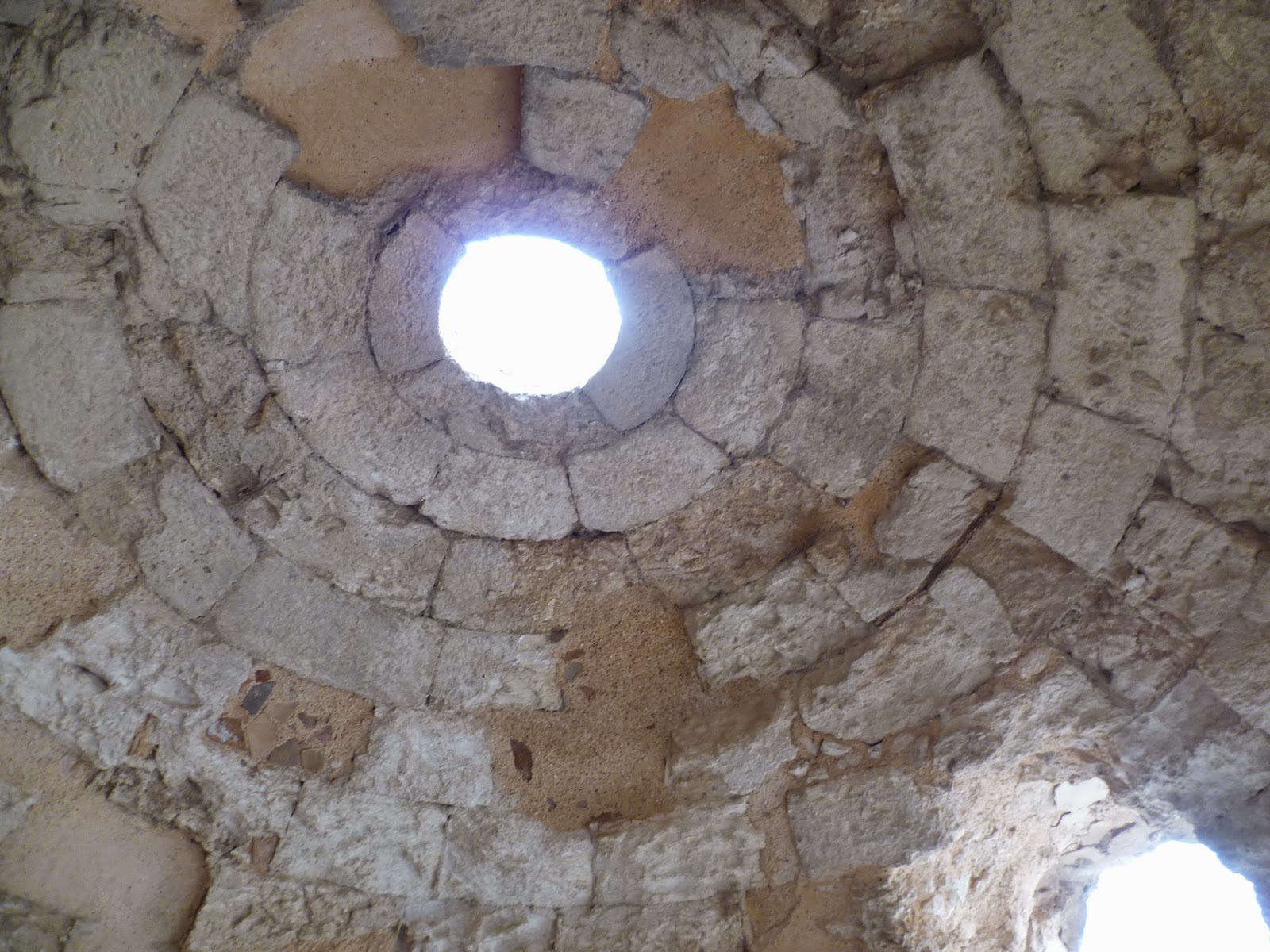 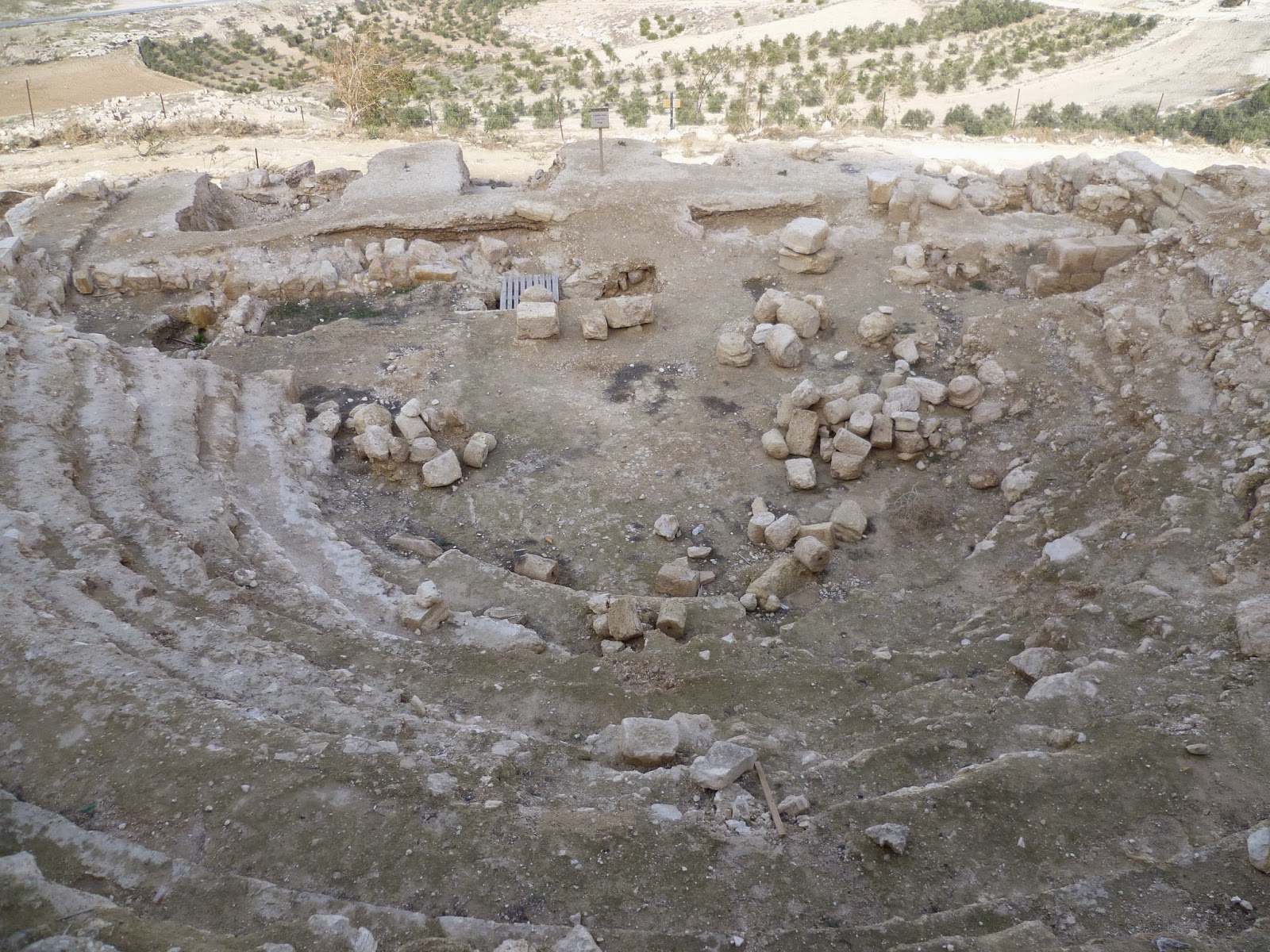 Ampitheatre - part of the outer wall 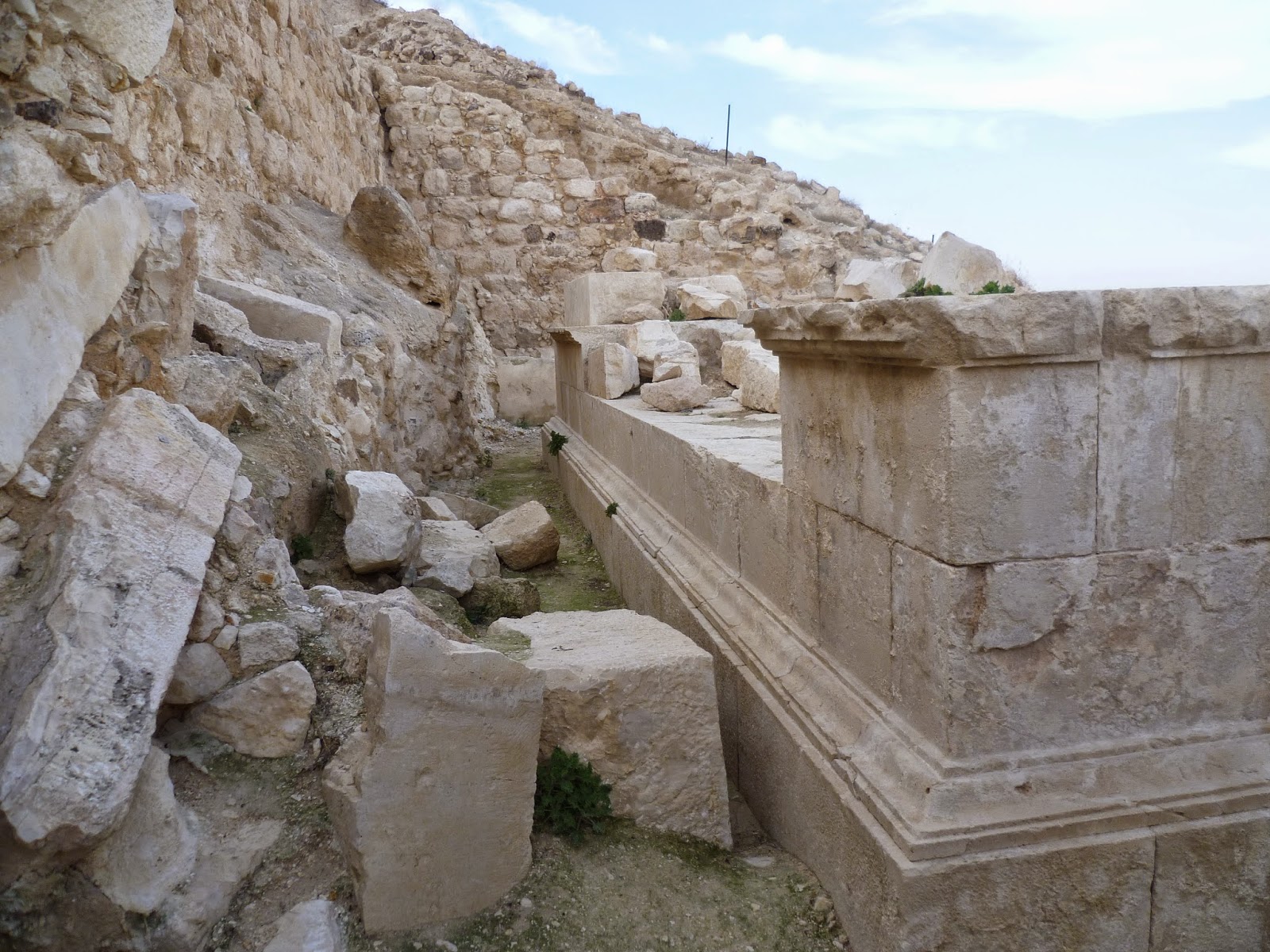