Its more than just a simple clock divider though.
There are four outputs each for divisions of 2, 4, 8 and 16.
Altogether there are 16 outputs.
ie : each division had 4 variations that are phase shifted from each other.
The first is a straight division. As far as I can work out, each successive is shifted by 1/2 the frequency of the last. (please let me know if this is BS). 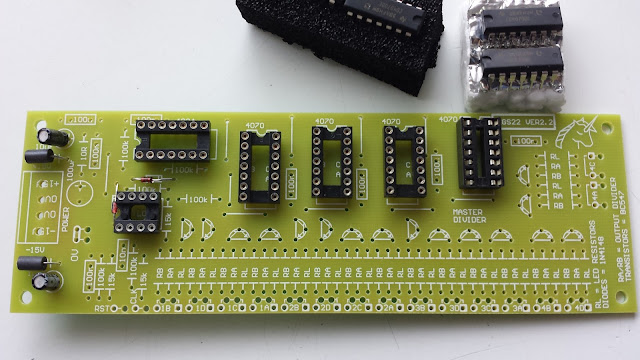 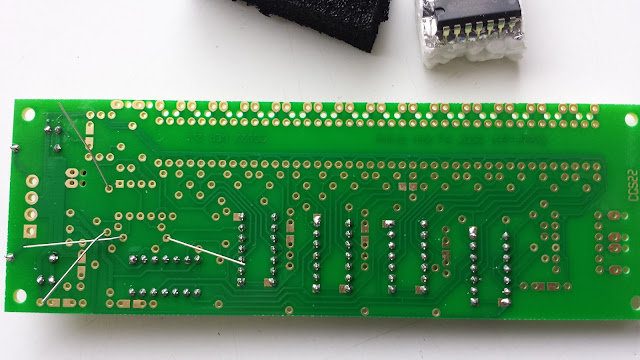 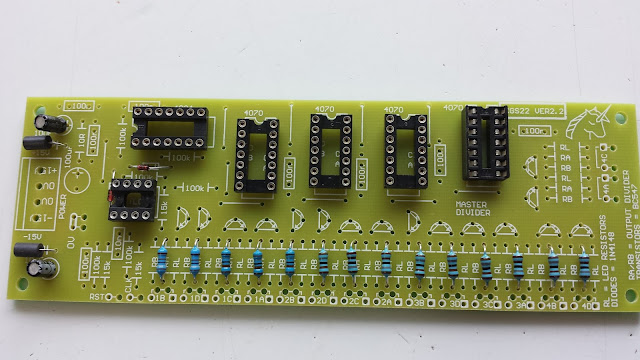 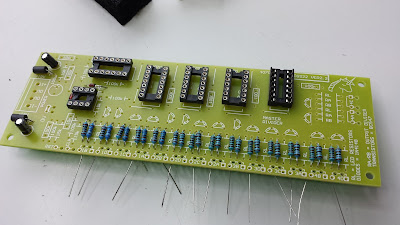 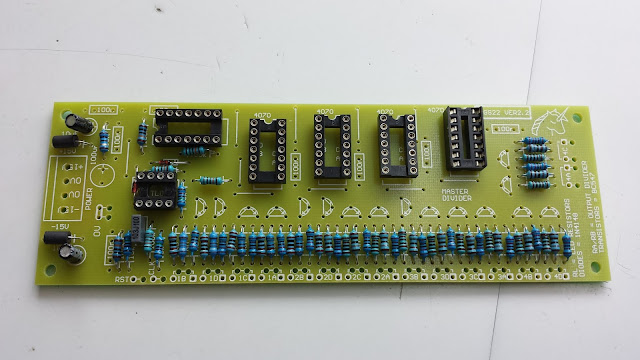 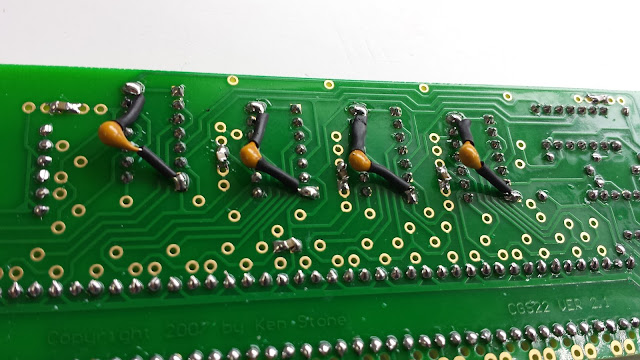 I've added heatshrink to the cap legs to avoid shorts. 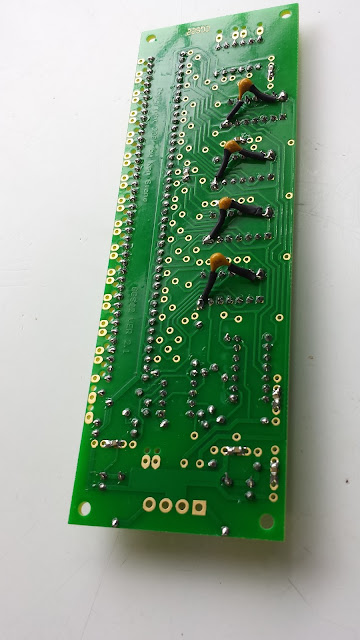 Most of the decoupling caps are surface mounted 805s. 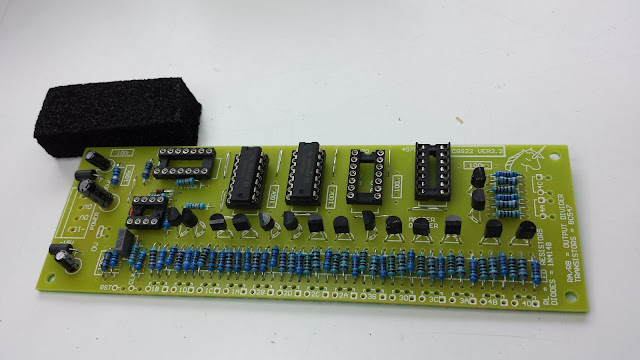 Trannies next. These are common BC 547s 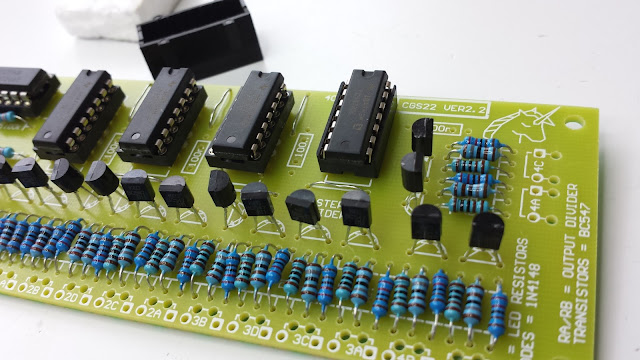 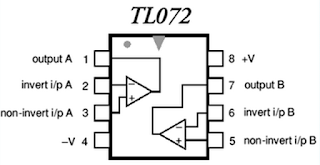 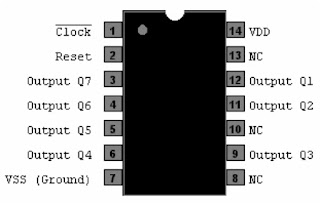 The CD 4024 - its a general purpose binary up counter with clock input, reset, and 7 outputs (only 4 of which are used in this circuit - Q1,Q2,Q3,Q4). The binary outputs count up on the negative edge of the clock. It counts out a binary sequence and makes the bits available on the output pins (pins 5,9,11,12).  So we clock this counter (pin 1) and this produces a binary count N bits wide. Hitting the reset (pin2) with a logic signal of 1 resets the counter to 0.

This chip is very useful if you wanna generate square waves from a oscillator.

The 4070 is the logic network which accepts the counter output bits as input.
It's a quad 2-input Exclusive-OR gate. There are 4 of these in this module. 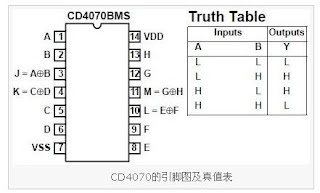 Initial tests indicate that the pulse outputs for the CGS22 are +5v. OK for Eurorack, though my aim is to use this in Buchla land. So looks like I'll have to boost this to 10V to drive the sequencer on my 208.
The Dual Lopass Gates on the 208 do however trigger with the 5V pulses....interesting. 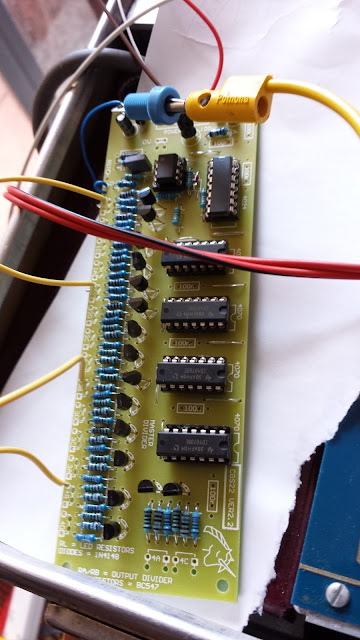 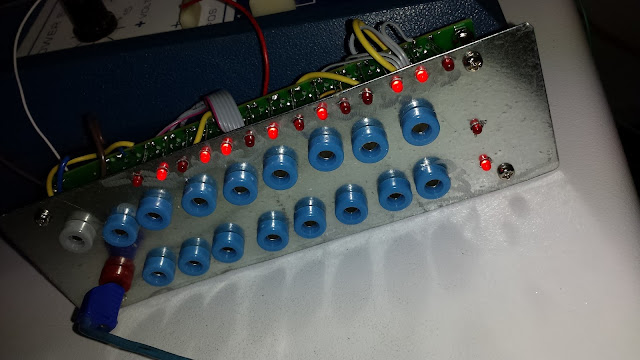 You can see a pattern developing.