These are my build notes for the NonLinearCircuits Dual LFO & difference rectifier (Eurorack version).
It's a easy build as all parts are through the hole. 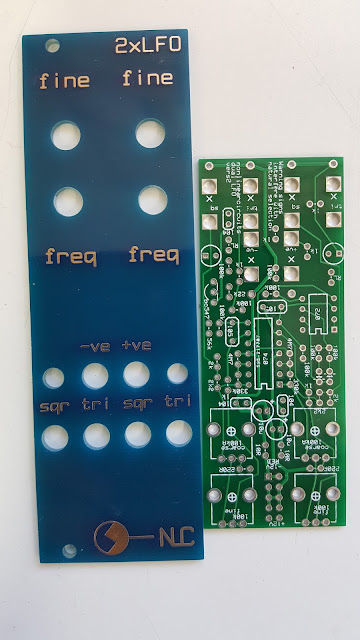 Some pics of the virgin PCBs
And the rear. 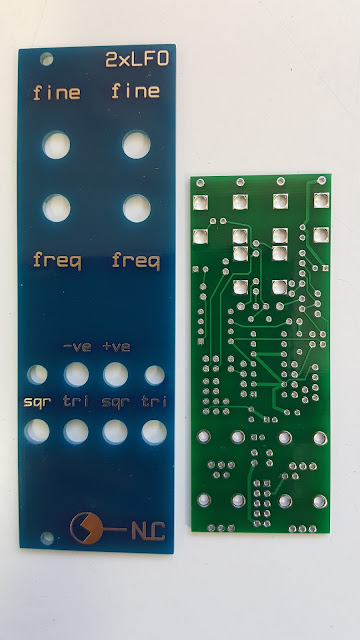 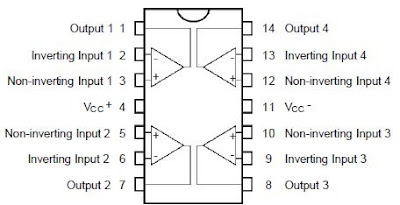 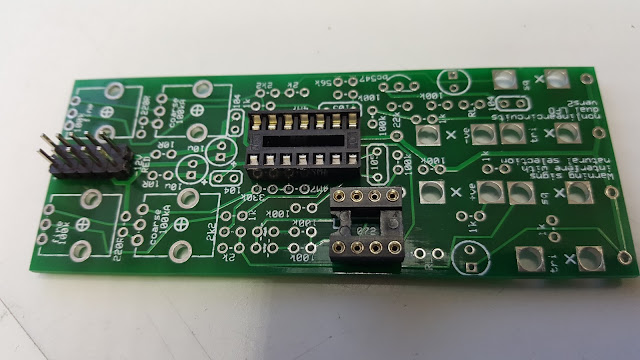 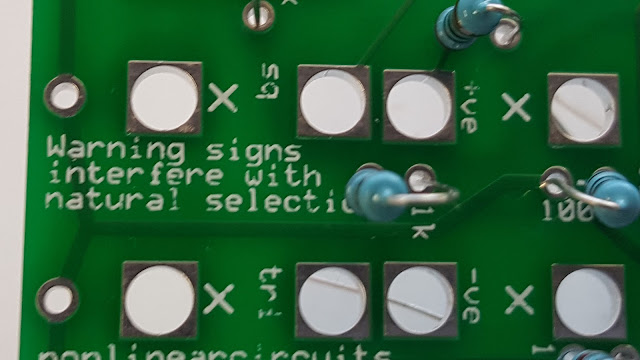 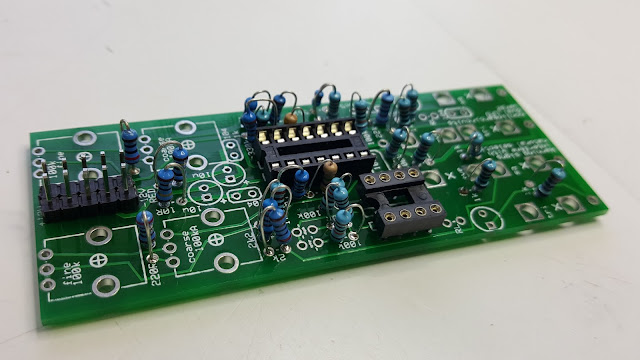 This LFO uses a combination of integrator & schmitt trigger. It's quite a commonly used combo. 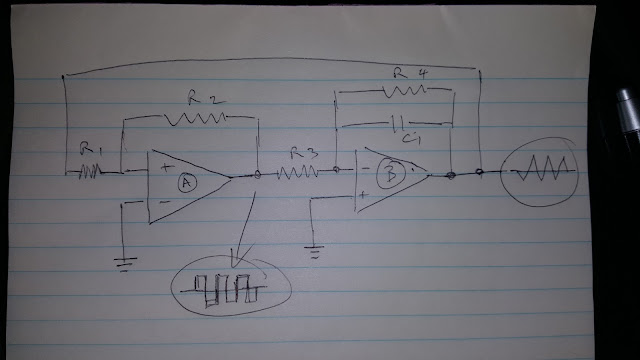 The last part of the module is a diference rectifier which is described by Andrew thus:
"This circuit is a hybrid of two basic op amp ‘building blocks’ .....a difference circuit and a rectifier.
It takes the triangle waves (from the 2 LFOs) and supplies a signal that is the difference between them"
http://www.sdiy.org/pinky/data/dif.html 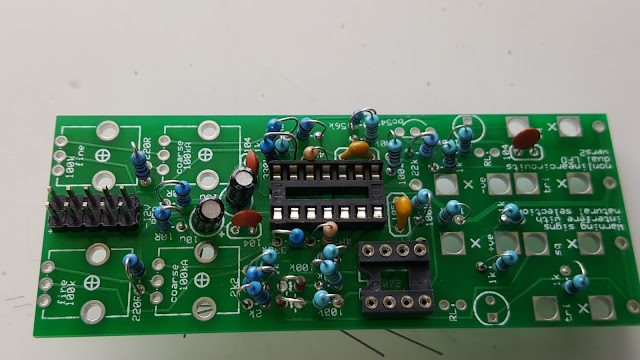 I've used 1k 0805 SMDs for the LED resistors. Not really sure of the exact value but they are easy to change if needed. 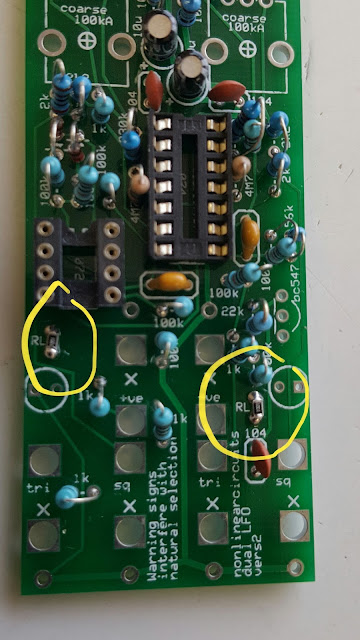 As it turned out, the 1K resistors seem to work well. 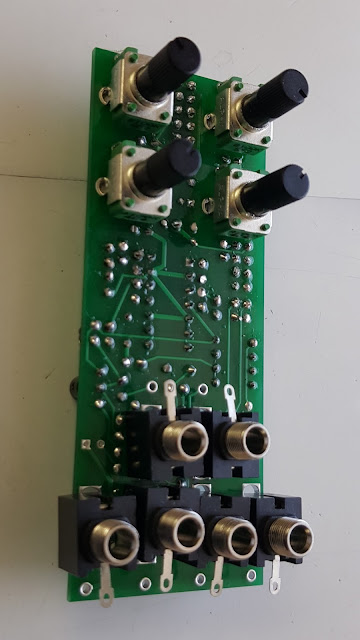 The pots now. I was debating whether to chose two audio 100k pots (for frequency adjustment) and two linear pots for the fine adjustments, but Andrew advised me to use all linear100K pots 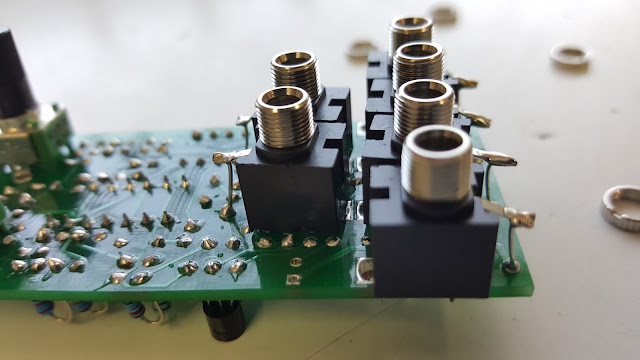 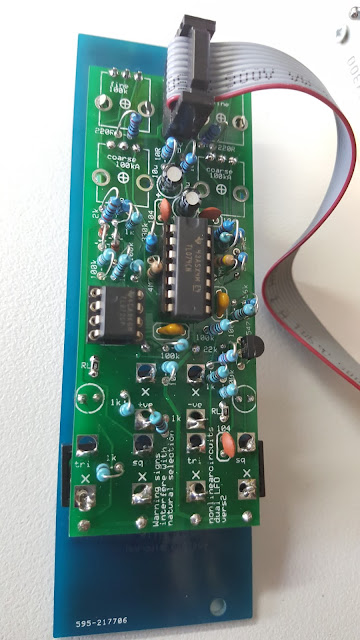 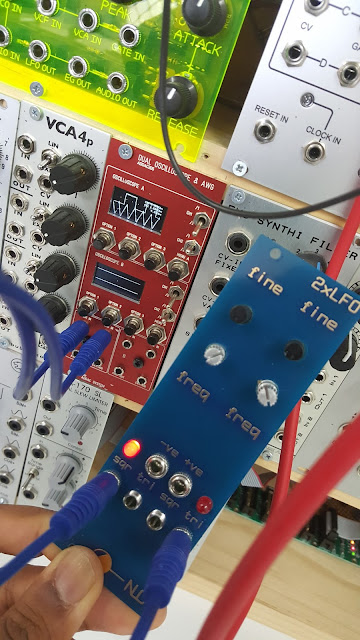 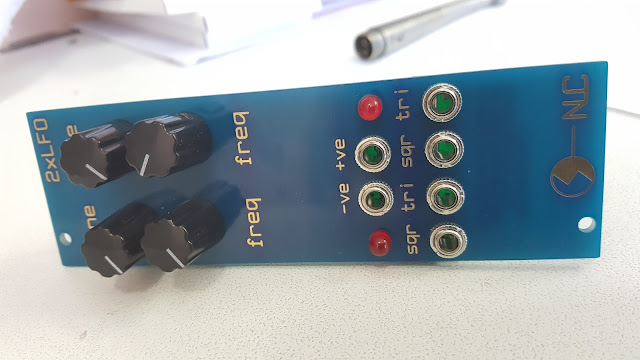 Useful links.
+ Video - VCO using a Schmitt trigger & integrator.
+ Pdx.edu VCO
+ Falstad.com
+ Thomas Henry - The birth of a synth
+ The two amp oscillator
+ Circuits Today
+ What is a schmitt trigger and how it works
+ NLC build notes for the difference rectifier & neuron