The Mortuary Temple of Ramesses III at Medinet Habu.
This is very close to the "Valley of the Kings".
This dates from the New Kingdom. 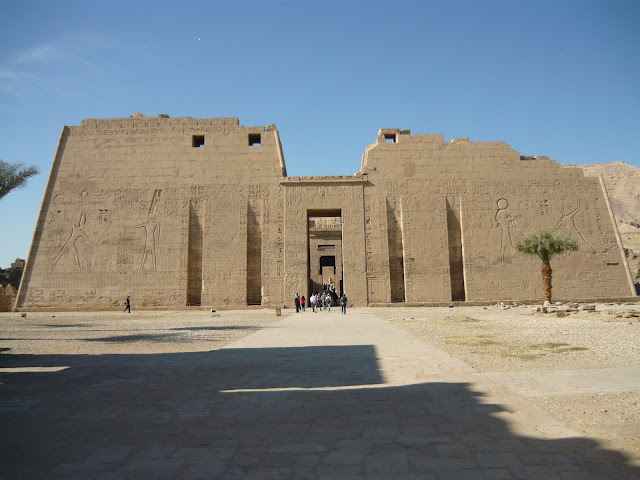 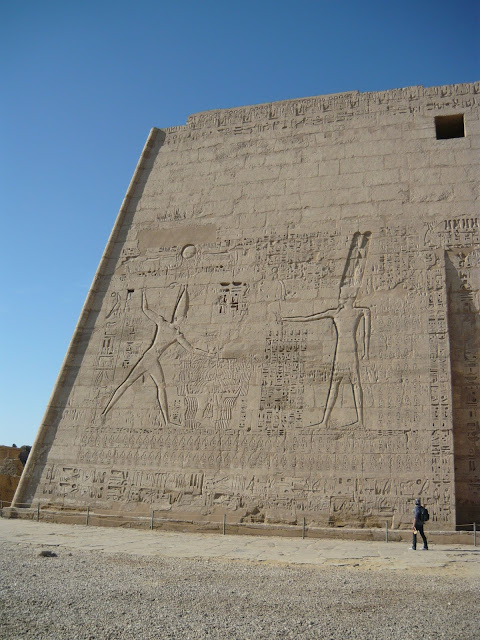 The reliefs depict the defeat of the Sea Peoples during the reign of Ramesses III. The battle between the Egyptians and the Sea People occurred around  1175BC.
Ramesses III seems to have repulsed an invasion of the Nile delta. 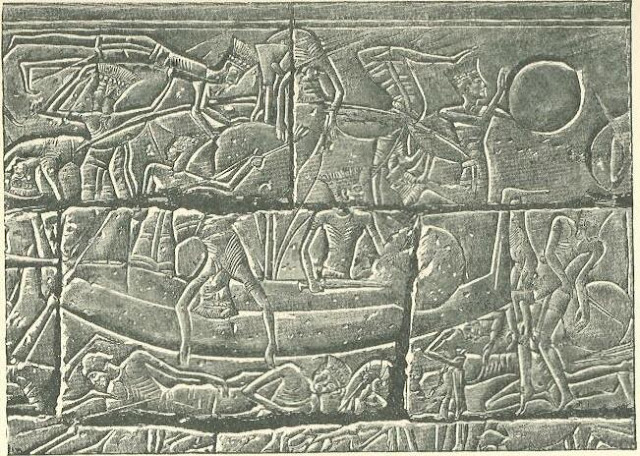 Other sources suggest a date of 1177BC
This period is very important, as it was a time of great upheaval and marked a turning point in civilization
and the end of the Bronze Age.
1177 BC: The Year Civilization Collapsed (Eric Cline, PhD)

The end of the Bronze age marked the start of a new dark age which lasted till the Renaissance of Greece. 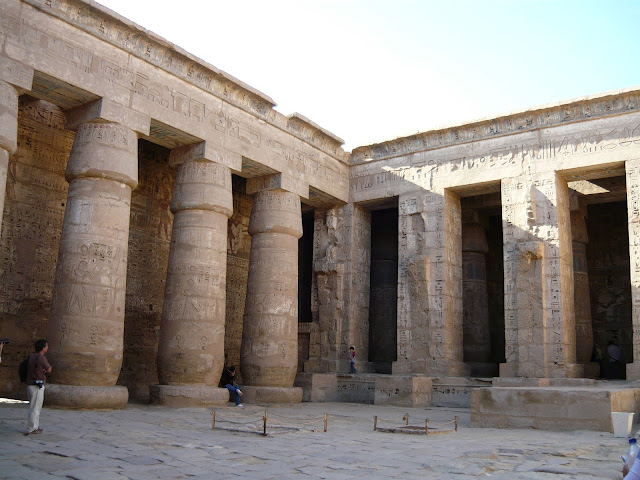 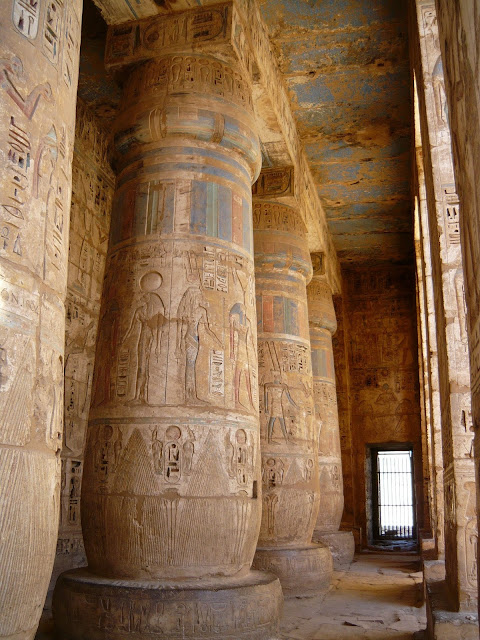 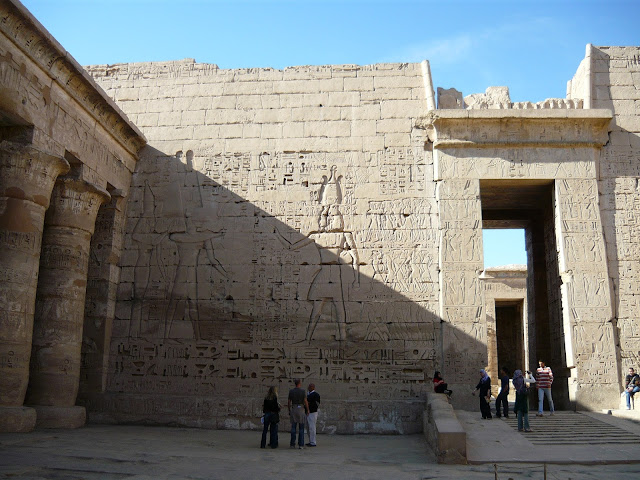 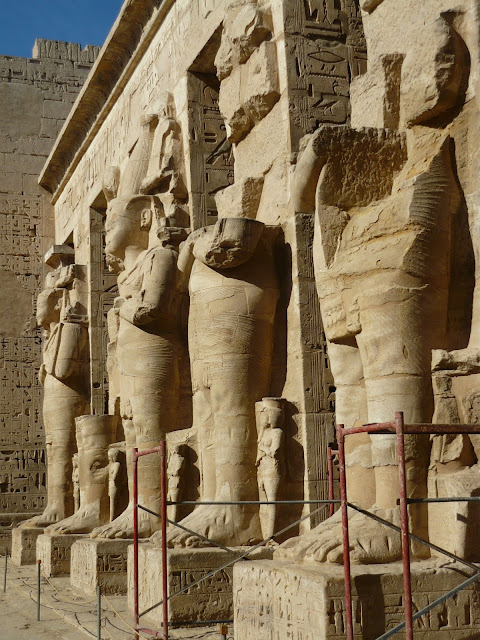 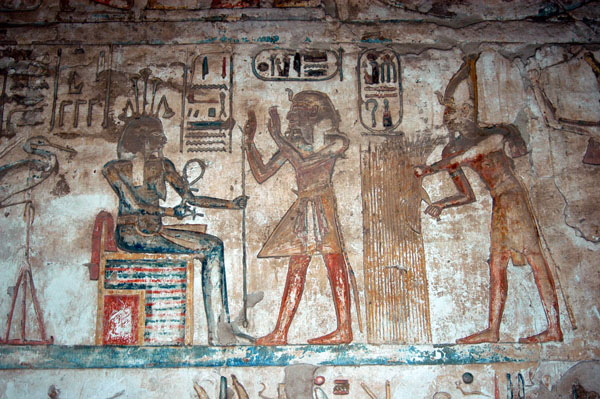 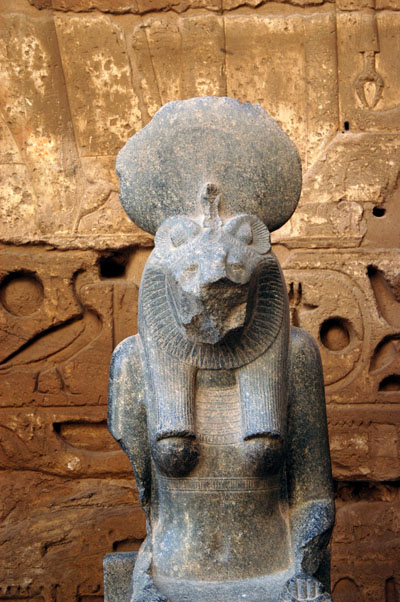 Sekhmet is the warrior goddess as well as goddess of healing  .... a strange combination !
She is often depicted as a lioness, the fiercest hunter who's breath formed the desert.
Sekhmet was the wife of Ptah (who created heaven & earth). 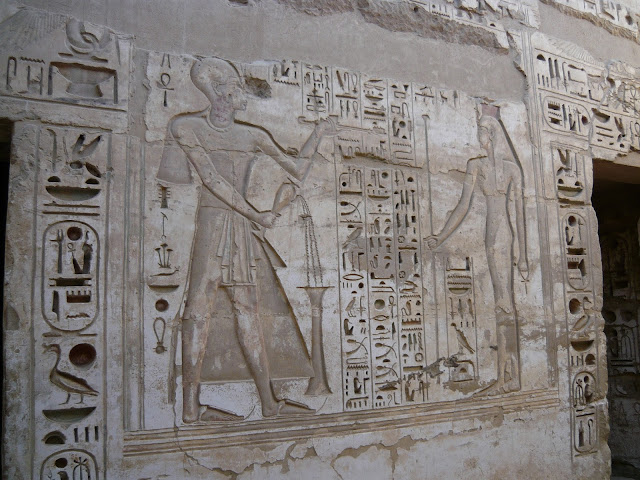 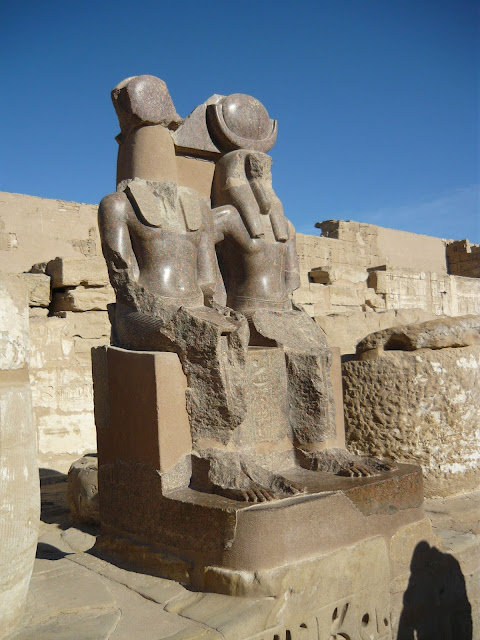 Amun - the Father of life who later combined with Ra to become Amun-Ra the all important State God.
Maat is here representing truth, justice, balance and morality. She is the daughter of the Egyptian sun deity Ra and wife of the moon god Thoth. 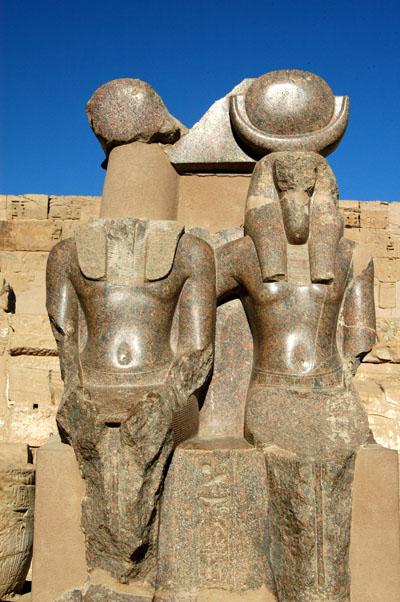 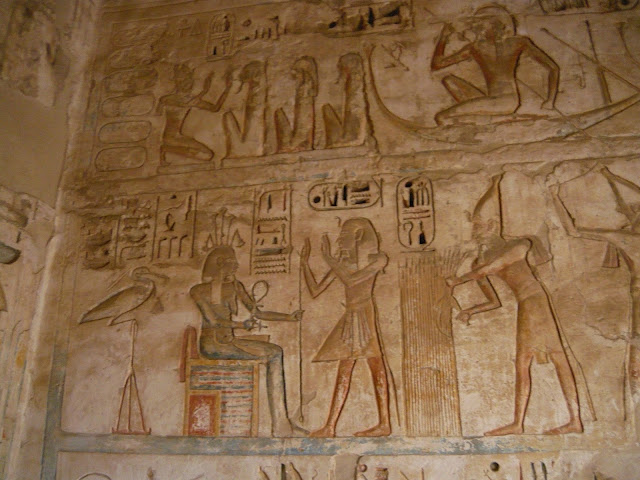 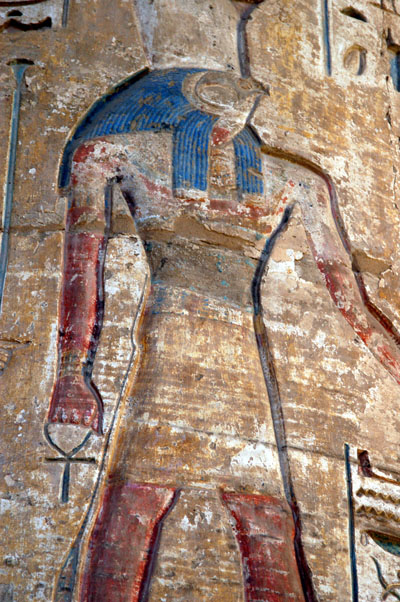 God of the sky & Kingship - often depicted as a falcon.  Horus as the son of Isis and Osiris.

Click here for more travel postcards
Posted by Jondent at 04:00