Some old travel pics of Syria. These date from 1999.
These are scans of positive prints so my apologies for the quality.
Digital photography didn't exist back then.

This is the entrance to the Royal Palace.

Ugarit is just north of Latakia on the Mediterranean coast & I reached the site via taxi.
Built on a headland, the port city traded extensively with Cyprus and the Mycenaean civilization.
It's also known as Ras Shamra 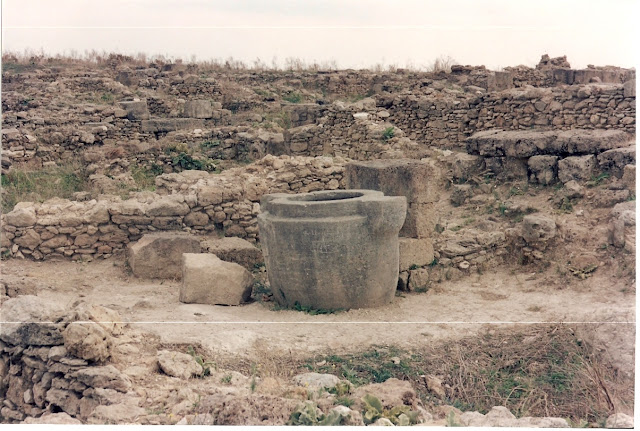 They had close connections to the Hittite Empire & sent tribute to Egypt at times.
I believe this section of Syria hasn't been overrun by ISIS so I hope these ruins still exist. 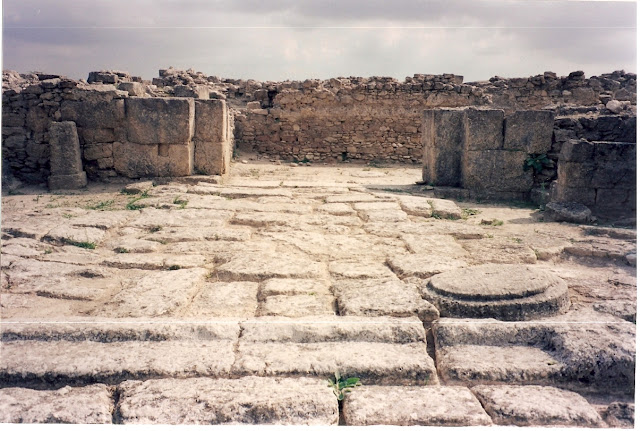 Many on these remains are Neolithic. Much dates from around 6000BC 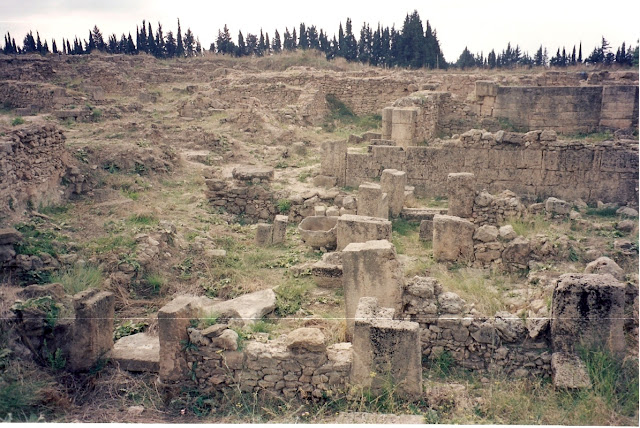 The city was first mentioned in a document of nearby Ebla, ca. 1800 BC. Ugarit later passed into the sphere of influence of Egypt, which deeply influenced its art. 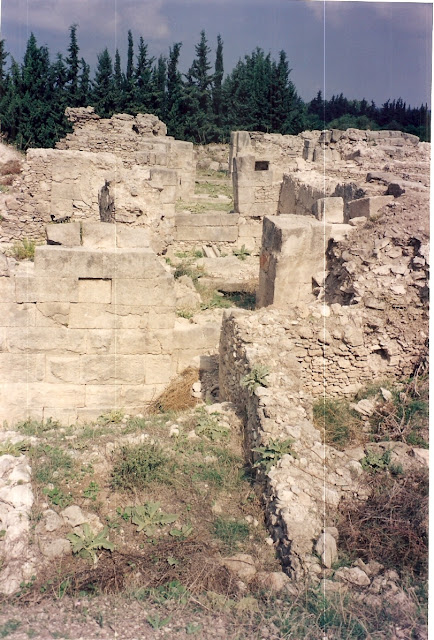 The city was destroyed in the Bronze Age. The exact date isn't know though most historians agree it was during the reign of  the last king of Ugarit, Ammurapi, (circa 1215 to 1180 BC). 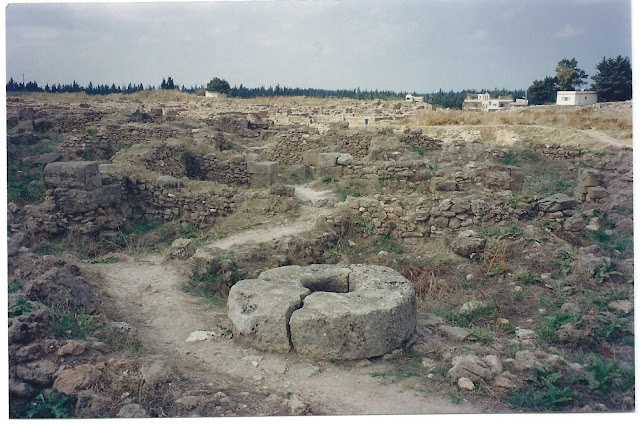 Remarkably, there is a letter preserved from this time from King Ammurapi to the King of Alasiya, where the King of Ugarit pleads for help to fight invading "Sea People". The situation sounds desperate.

"My father, behold, the enemy's ships came (here); my cities(?) were burned, and they did evil things in my country. Does not my father know that all my troops and chariots(?) are in the Land of Hatti, and all my ships are in the Land of Lukka?...Thus, the country is abandoned to itself. May my father know it: the seven ships of the enemy that came here inflicted much damage upon us."[6]

Sounds like Ammurapi never got the help he wanted.
Sadly, history repeats...... today the new enemy is ISIS. 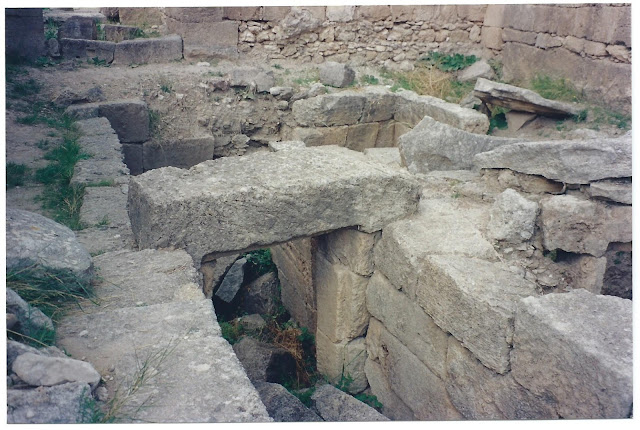 The origins of the mysterious "Sea People" have been lost in time. There is a relief of a battle between the Egyptians & the Sea people in Luxor, Egypt. (The Temple of Medinet Habu) 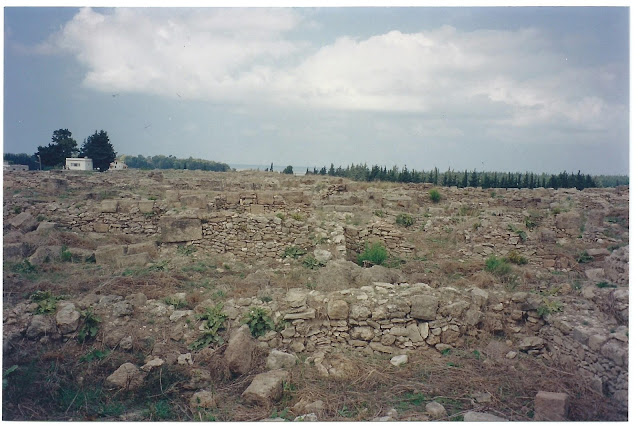 After its destruction in the early 12th century BC, Ugarit's location was forgotten until 1928 when a peasant accidentally opened an old tomb while ploughing a field. 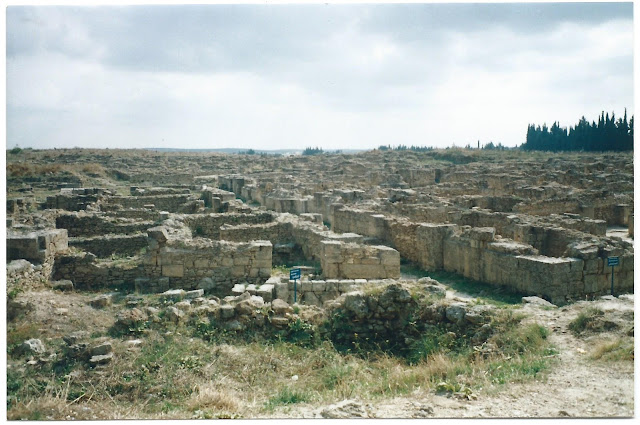 Most of the excavations were carried out by the archaeologist Claude Schaeffer from the Musée archéologique in Strasbourg in 1929.

The excavations uncovered a royal palace of ninety rooms laid out around eight enclosed courtyards. 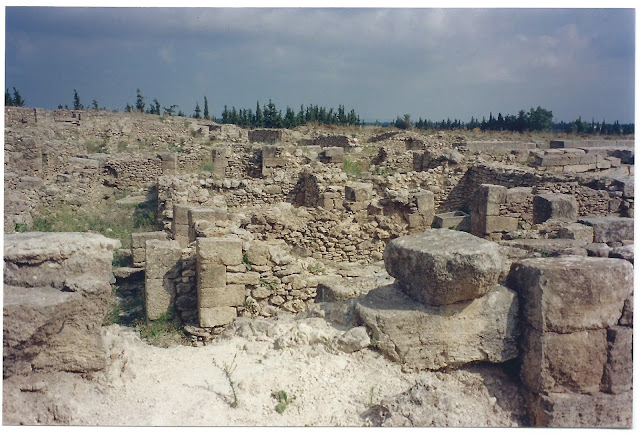 During the excavation many 2 libraries (a palace library, a temple library) of  cuneiform clay tablets were discovered. All dated from the last phase of Ugarit, around 1200 BC. 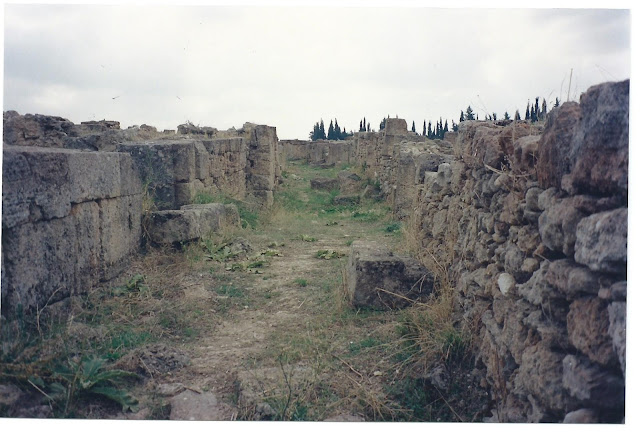 This priceless collection of documents was written in Sumerian, Hurrian, Akkadian (the language of diplomacy at this time in the ancient Near East), and Ugaritic (a previously unknown language).
There is ongoing debate as to whether the Phoenician or Ugaritic alphabet is the oldest in the world. 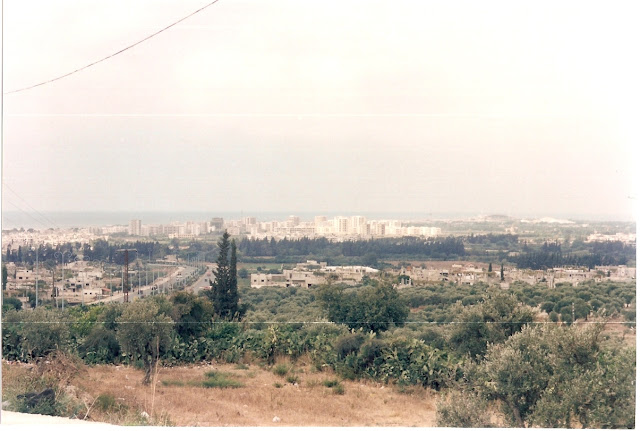