These are my build notes for the NonLinearCircuit Cluster Matrix mixer module.
It's 42Hp Eurorack format. The mixer has 8 ins & 4 outs. 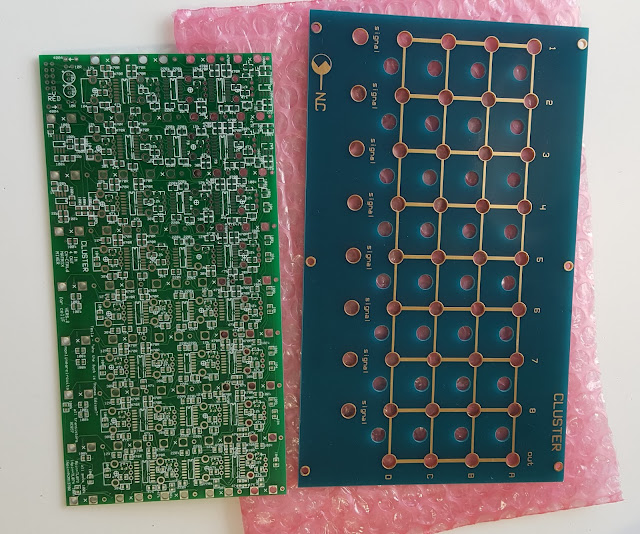 Lots and lots of SMD here so be warned. This could take a while to put together :-) 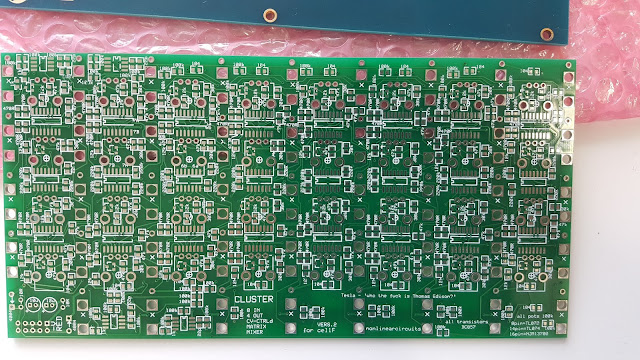 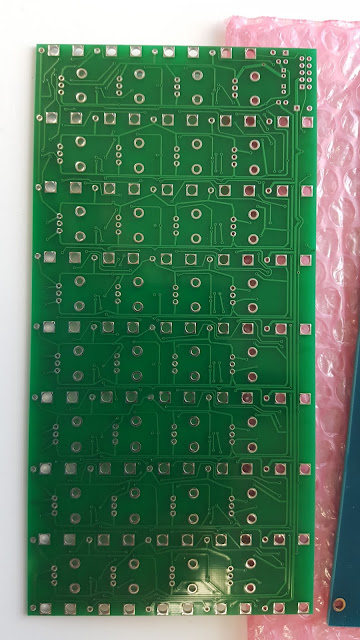 The NLC blog has some pics that might be useful.
http://nonlinearcircuits.blogspot.com.au/2015/03/cv-controlled-matrix-mixer.html 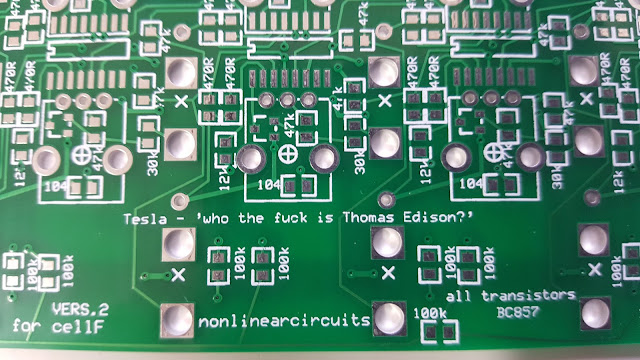 
Back to the build.
My PCB is version 2.
So only two mods need to be made. Check out Andrew's build notes for more details. 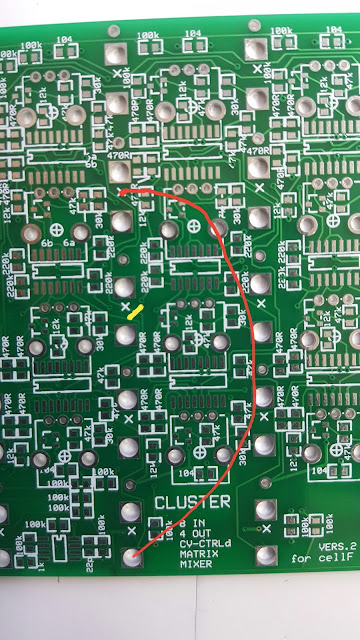 A trace needs to be cut where the yellow line is.
I've also circled it in the image below. 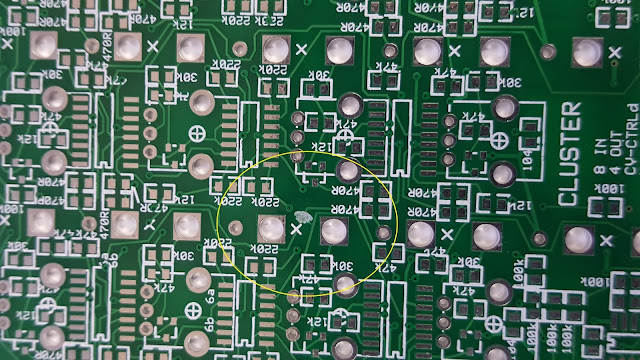 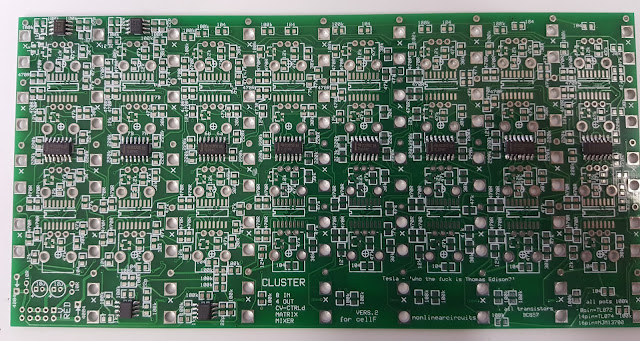 The output of an OTA is not a voltage like in a standard opamp. It's a current.
(Now I understand the Tesla vs Edison quote. It's a reference to the AC Vs DC battle).
The gain of the OTA is controlled by this 3rd input pin.
It seems that Andrew has used these 16 Dual OTAs to build the 32 VCAs.

If I'm reading this circuit correctly The TL074 acts as the current to voltage converter.
The output of the OTA feeds into the regular Op-amp which has its feedback loop.
This effectively has infinite input impedance.
Since the original input of the OTA is inverting, the final output of the TL074 is non inverted. 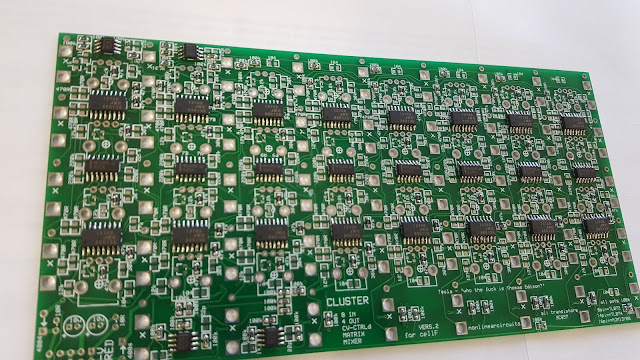 I like to get all the IC's on first. 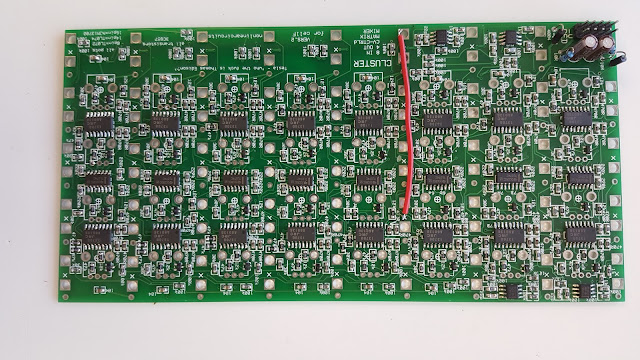 Then the rest of the passive components. 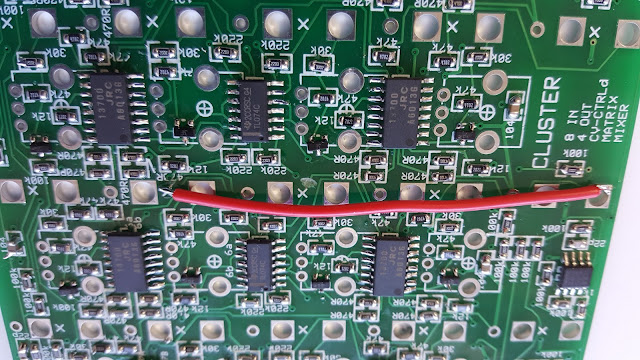 These are the mods needed for rev2 PCBs. 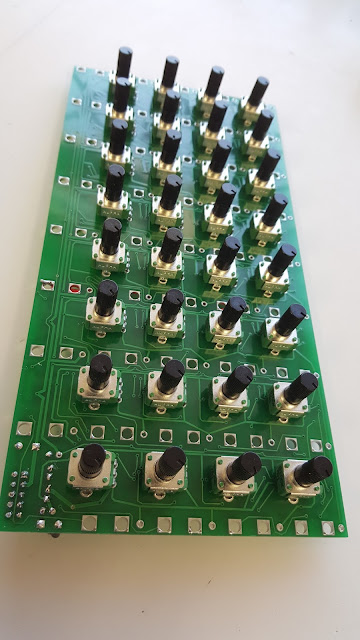 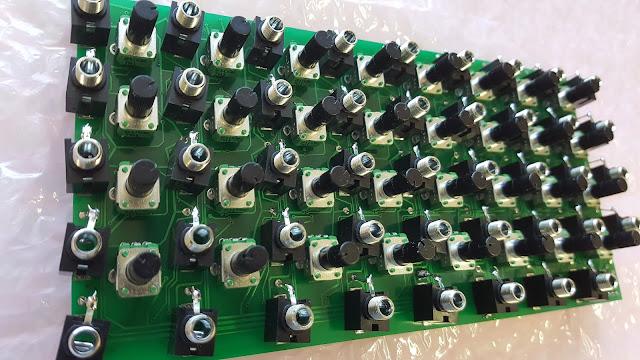 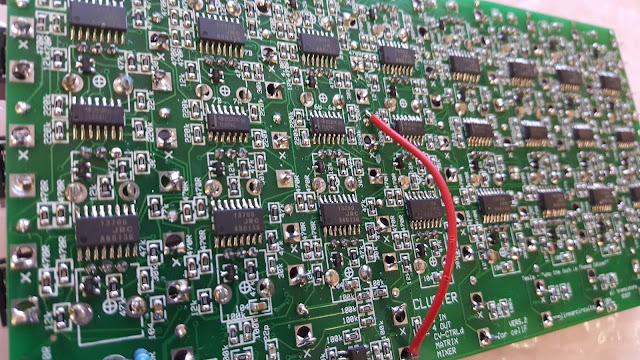 The first mod wire broke and removed some of the PCB trace.
So I reattached it further down. 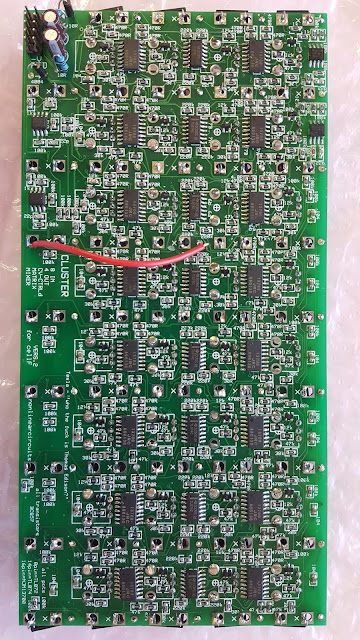 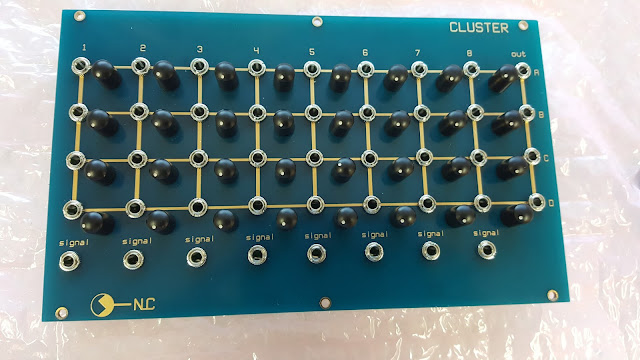 Initally there was a slight hum on the top channel .... channel A.
Andrew suggested checking the channel A 470R resistors are soldered properly to ground, same or any opamp pins that should be going to ground.