These are my build notes for the Nonlinearcircuits Multi Band Distortion module.
It's in Eurorack format.
Andrew has based the layout on a Buchla 194 filter. 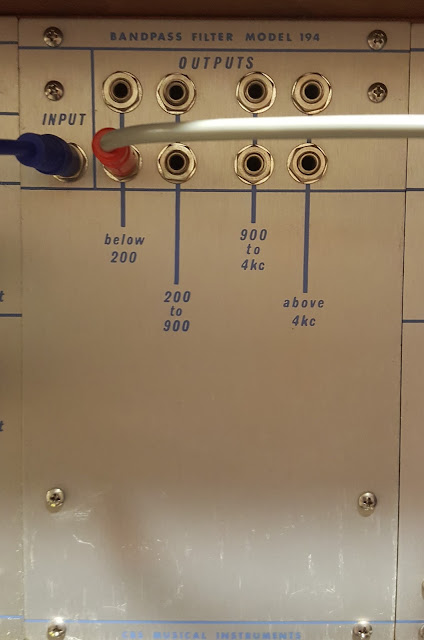 This is a fixed 4 channel bandpass from the late 1960's.
He has however added some goodies: Some Fuzz circuits & four Korg 3200 VCAs.
The distorted signal can be mixed with the clean signal . The VCAs use vactrols and allow CV control of the mix.

There are some useful links in the NLC blog:
http://nonlinearcircuits.blogspot.com.au/2015/02/multi-band-distortion-processor.html

Some pics of the virgin PCB and faceplate first. 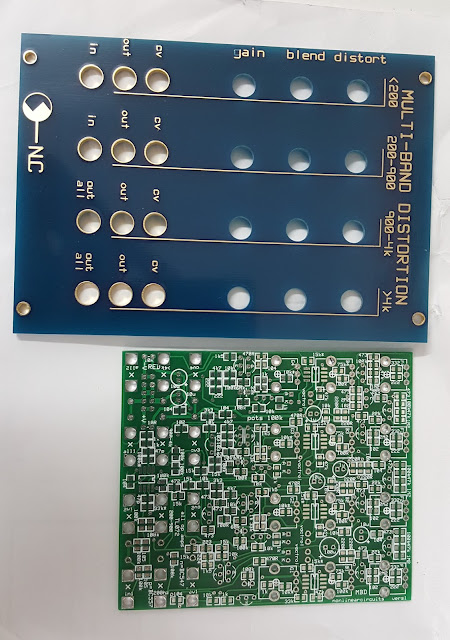 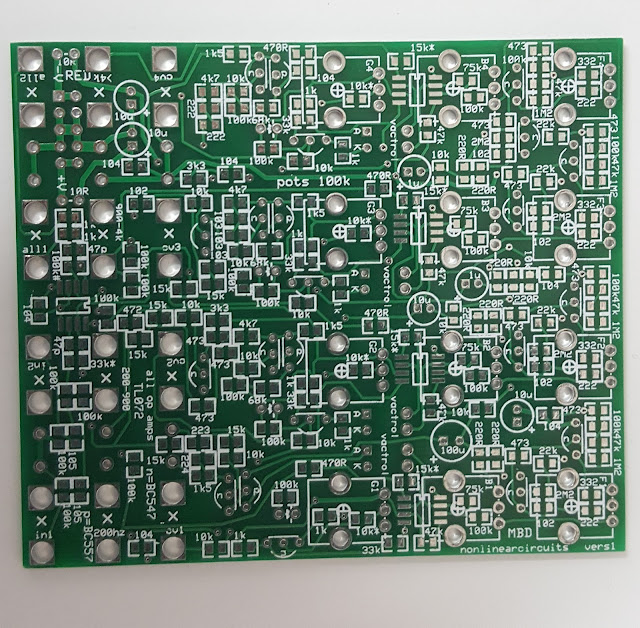 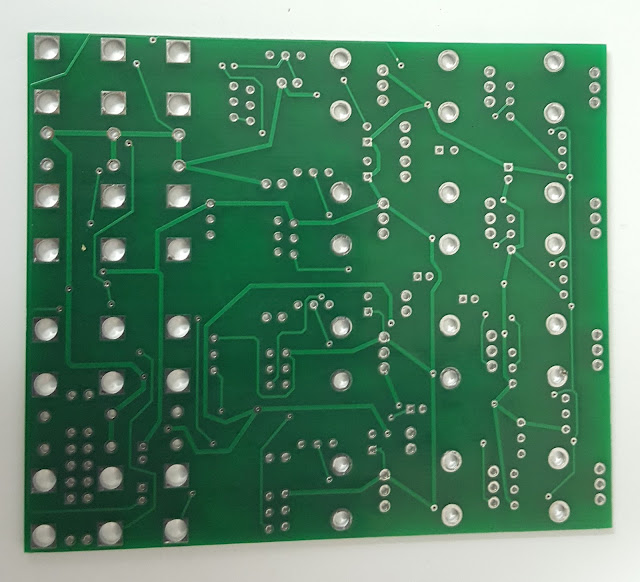 Some NLC words of wisdom: 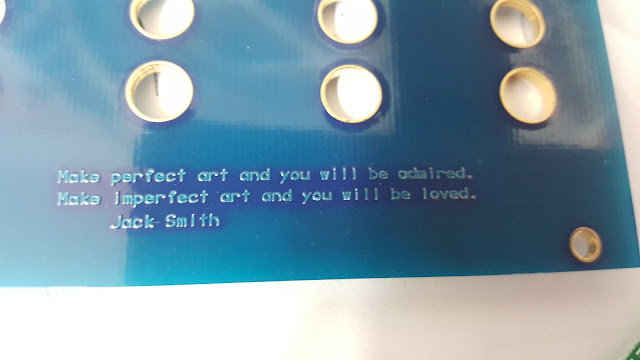 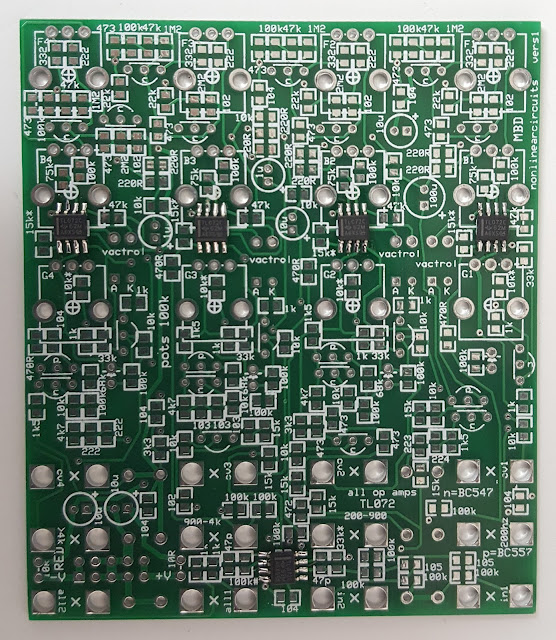 I like to get the ICs on first.
Then the rest of the SMDs 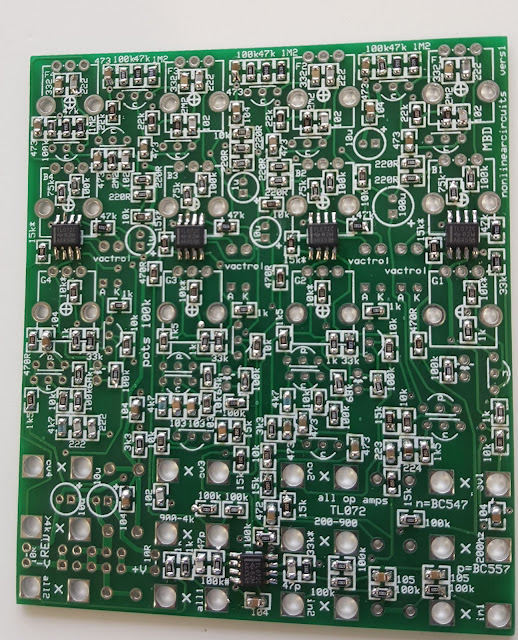 Now for the rest of the through hole stuff:
resistors, headers, caps, etc 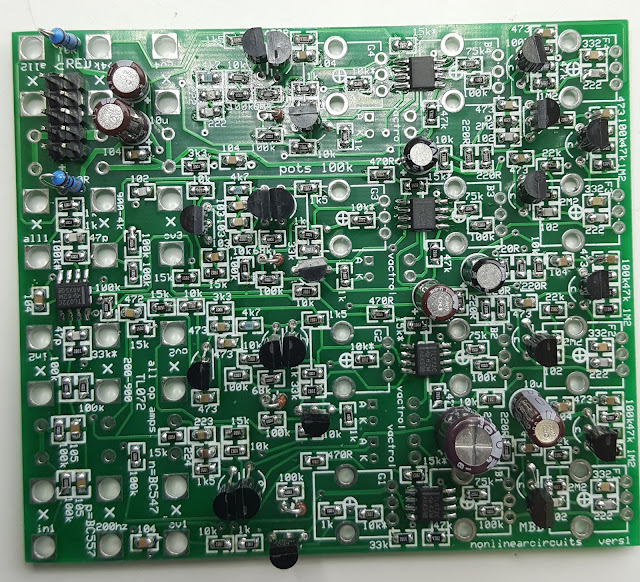 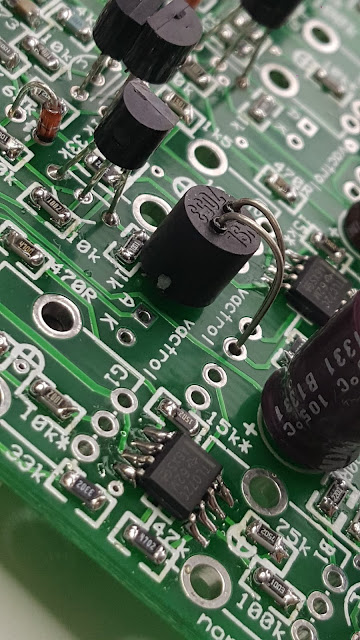 The white dot on the vactrol is the cathode.
On the PCB, the cathode is marked "k" 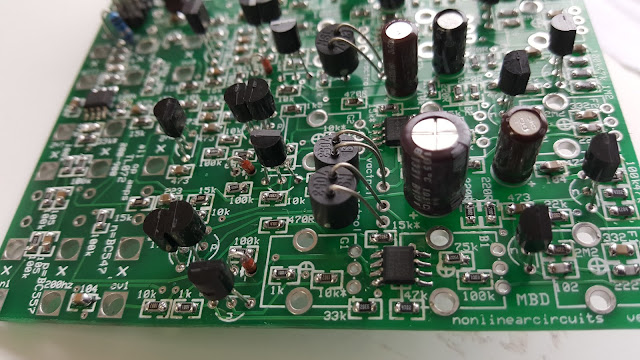 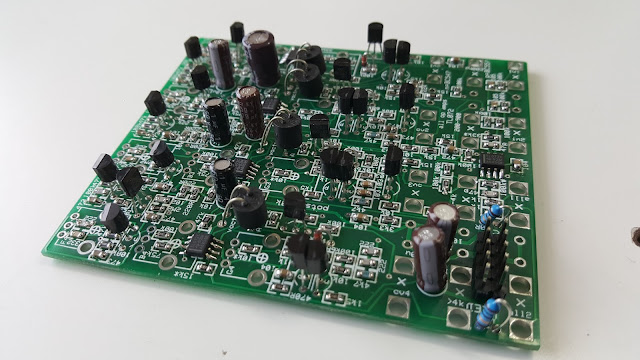 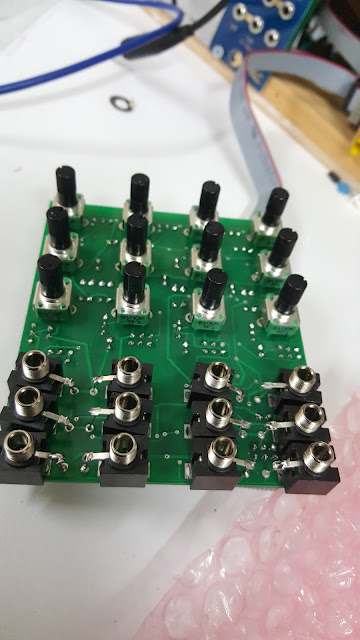 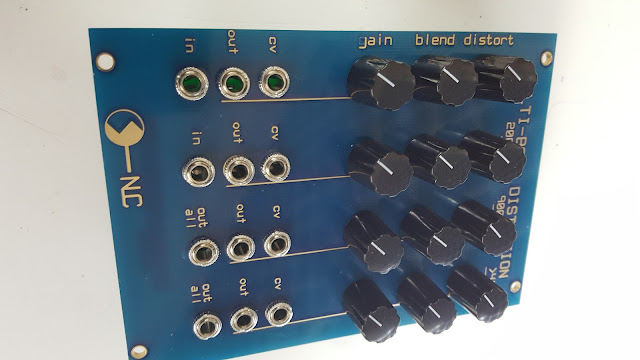