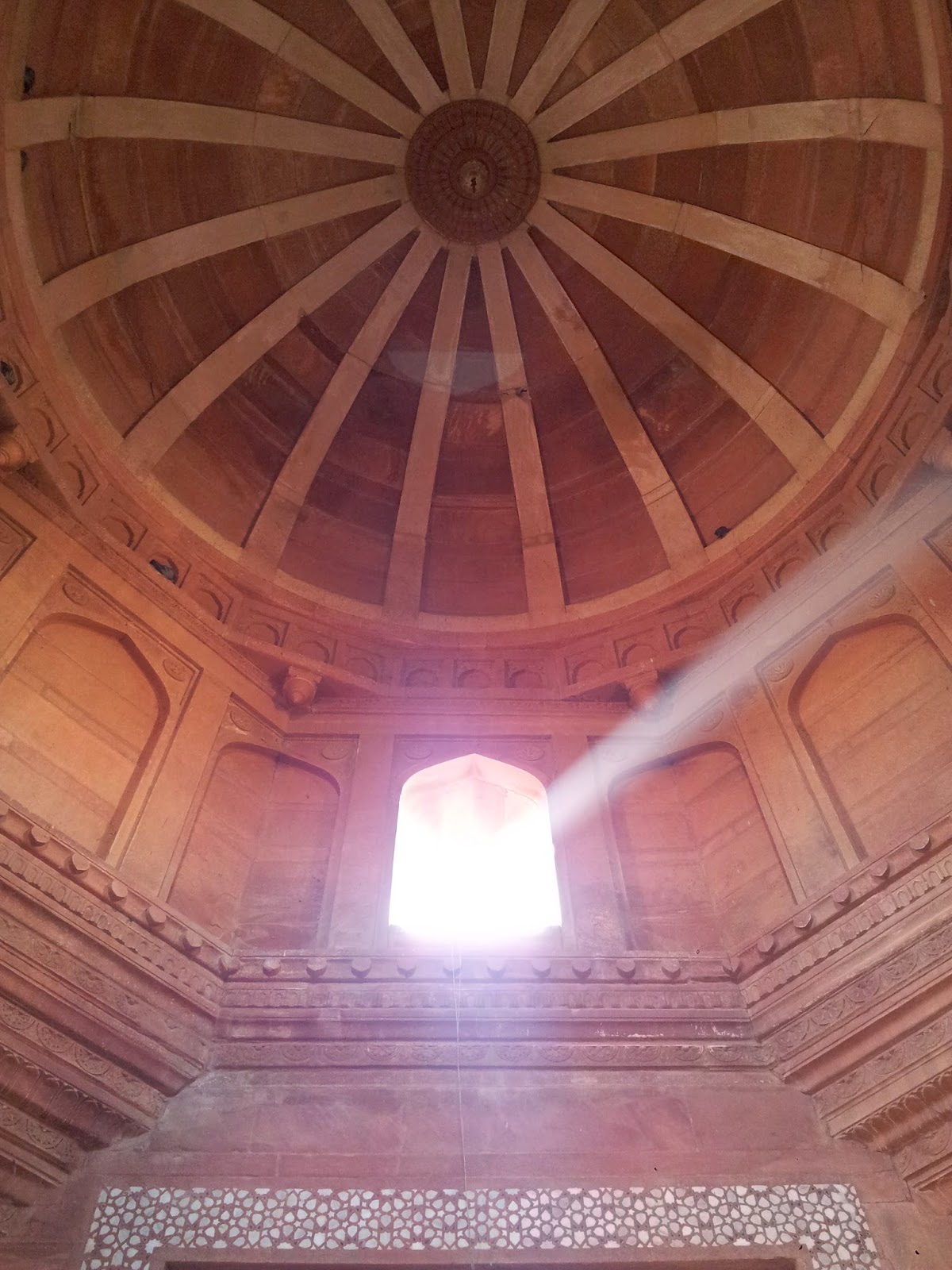 It's regarded as Akbar's crowning architectural legacy. The palaces, public buildings, gazebos, mosques, pavilions & halls were planned with great care for he intended FS to be his capital. 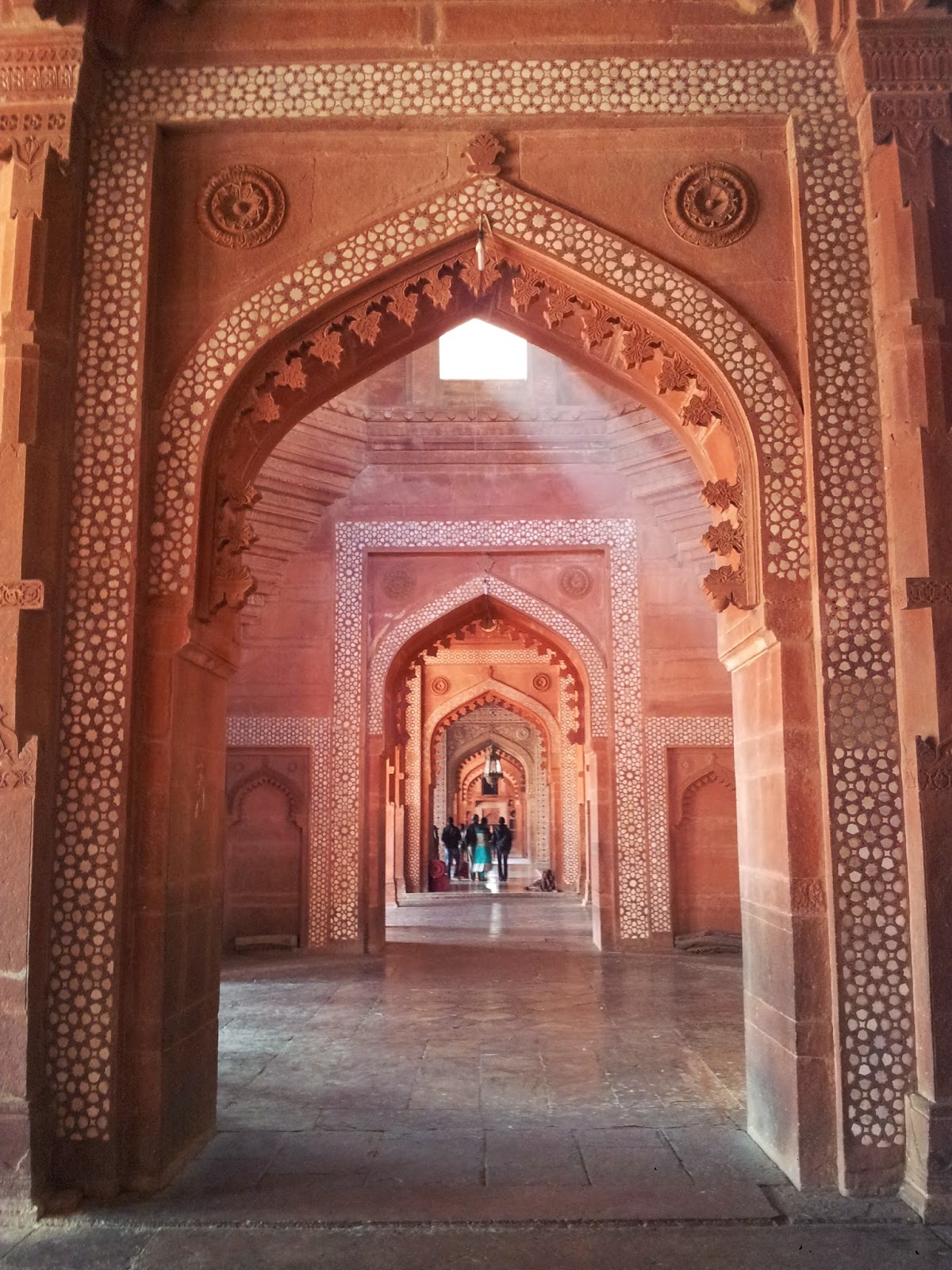 This only lasted between 1571 & 1585. Lack of water finally forced Akbar to move the capital to Lahore (in present day Pakistan) and then back to Agra (1598). 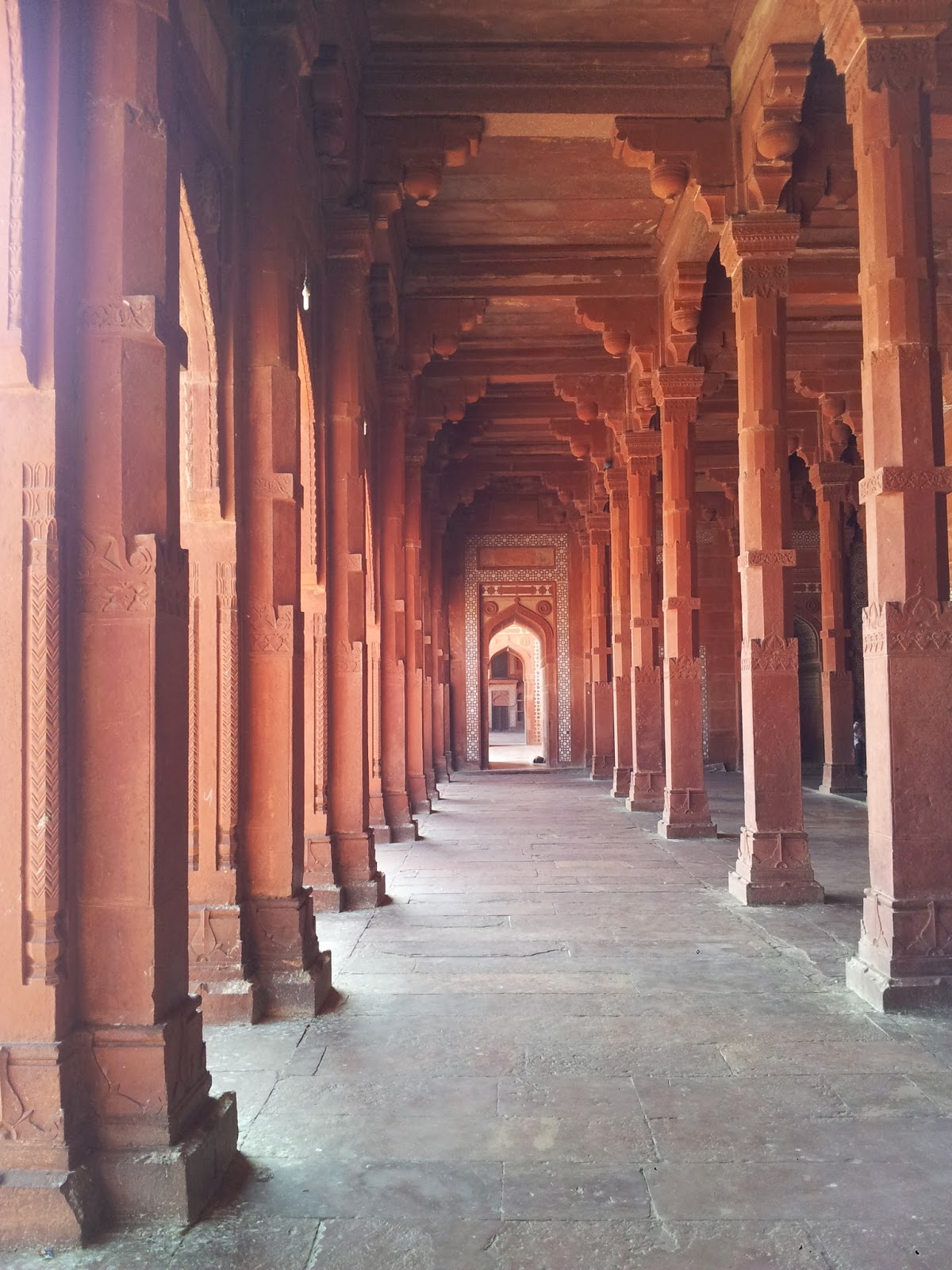 Akbar planned the complex around Persian principles that were derived from tent encampments.
The complex consists of independent pavilions arranged around central squares. 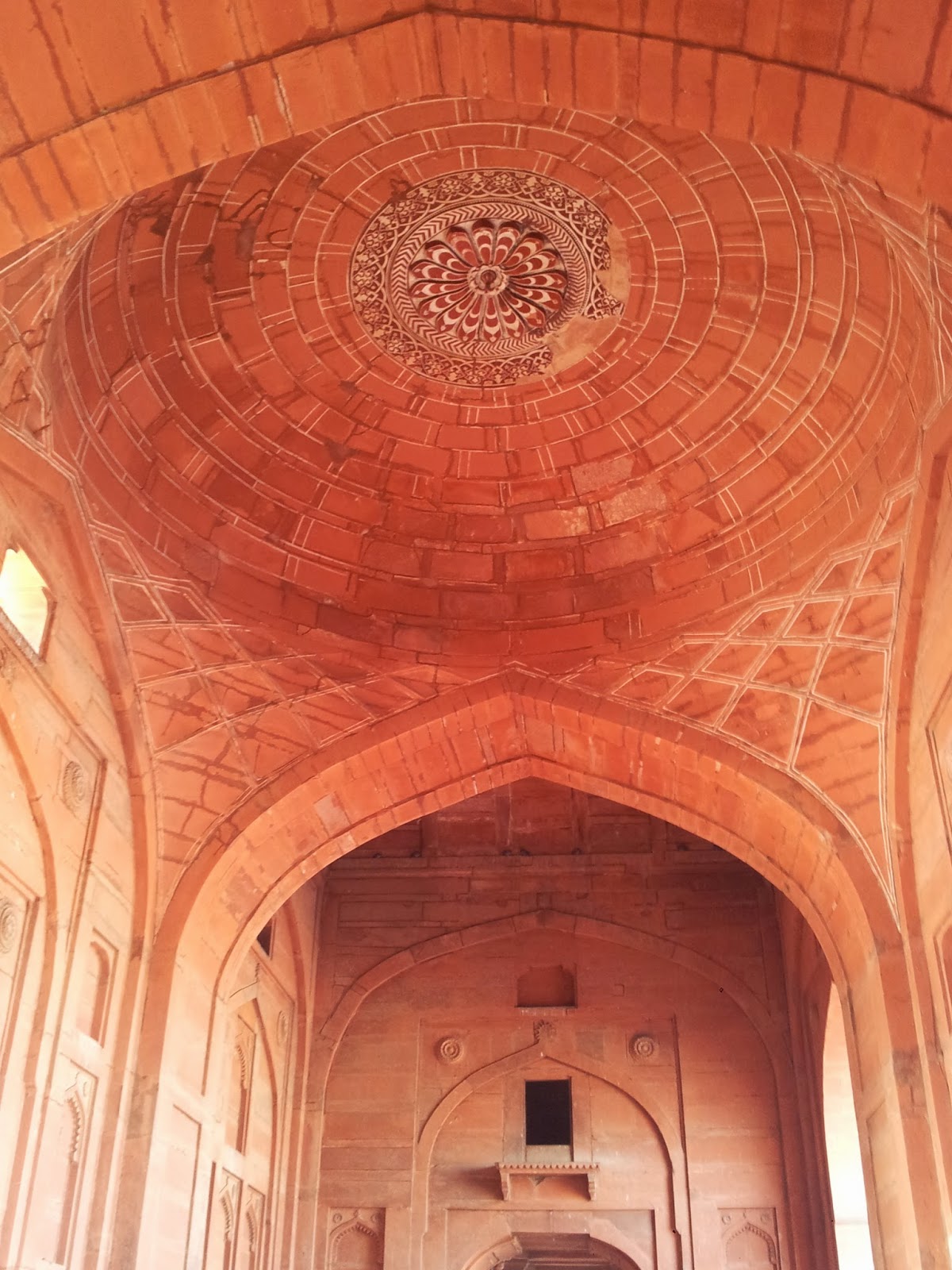 But the beautiful thing about all this was the fusion of styles. His adopted land of India, can be seen throughout. 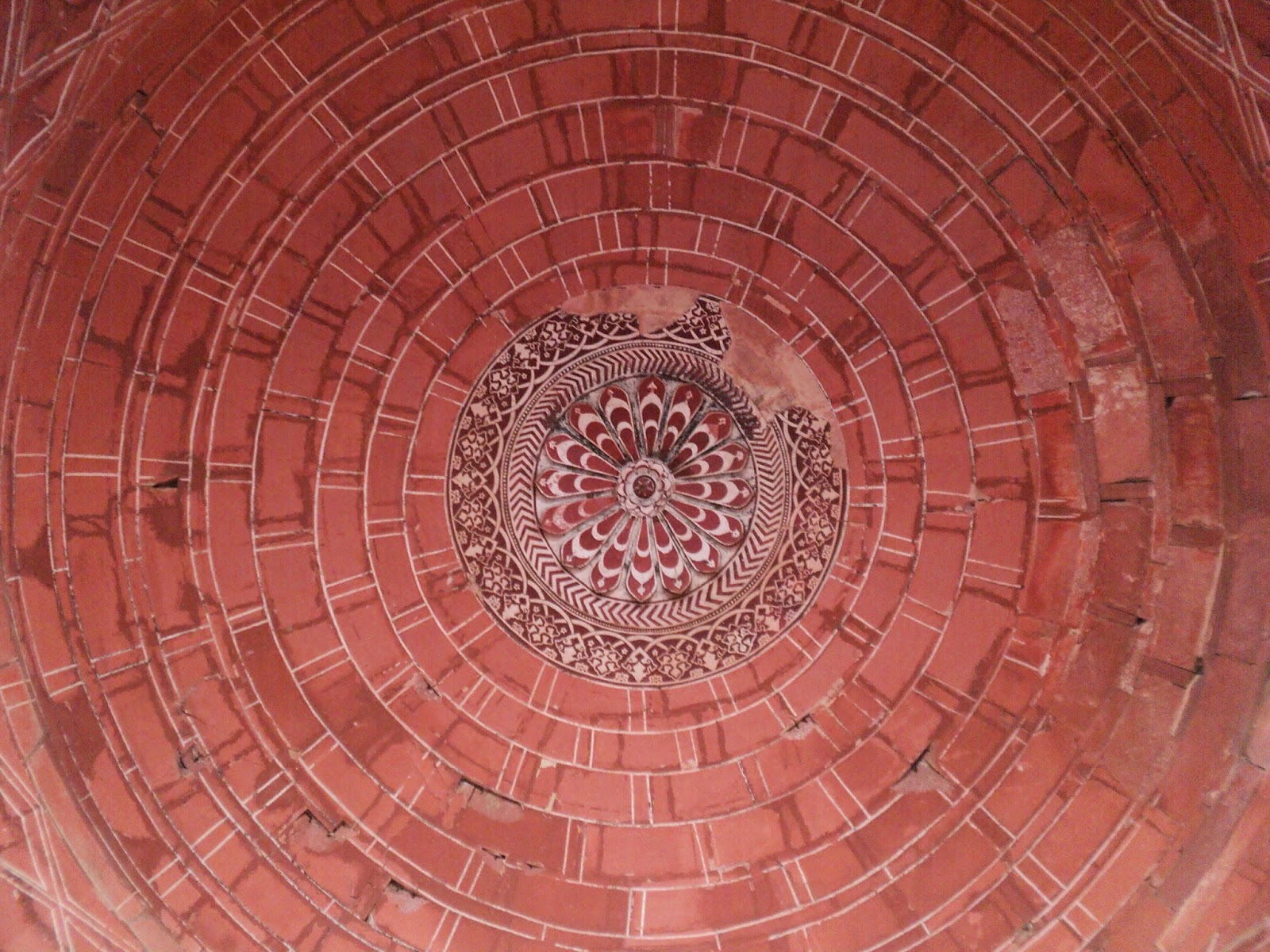 All the buildings here were made of the local red stone. And he used indigenous craftsmen throughout in the construction. One can see Hindu & Jain architecture mixed with Islamic elements. 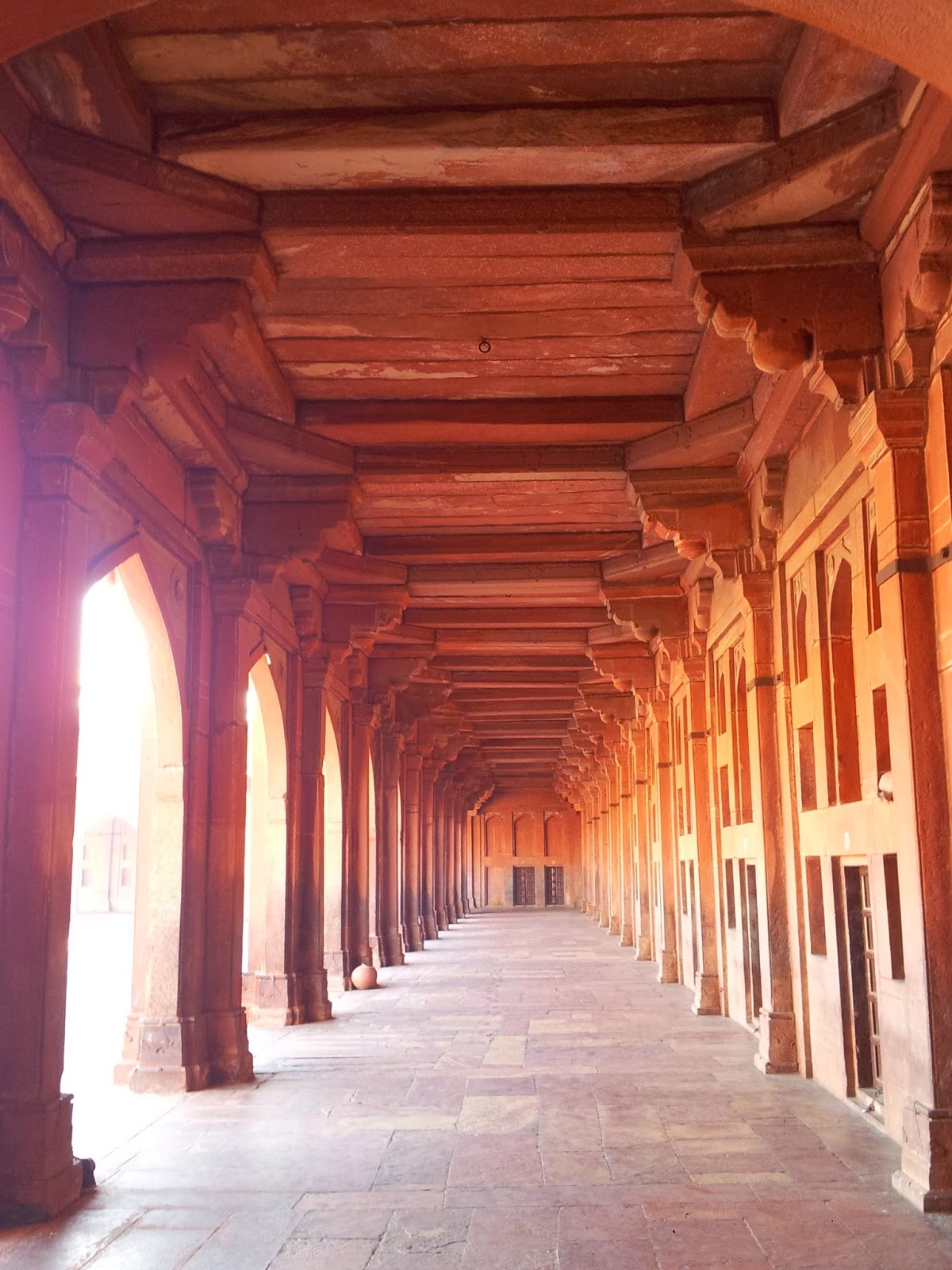 The monuments at Fatehpur Sikri thus reflect the genius of Akbar. He successfully combined diverse regional architectural styles. This layout definitely influenced later town planning which can be seen in cities such as  Shahjahanabad (Old Delhi). 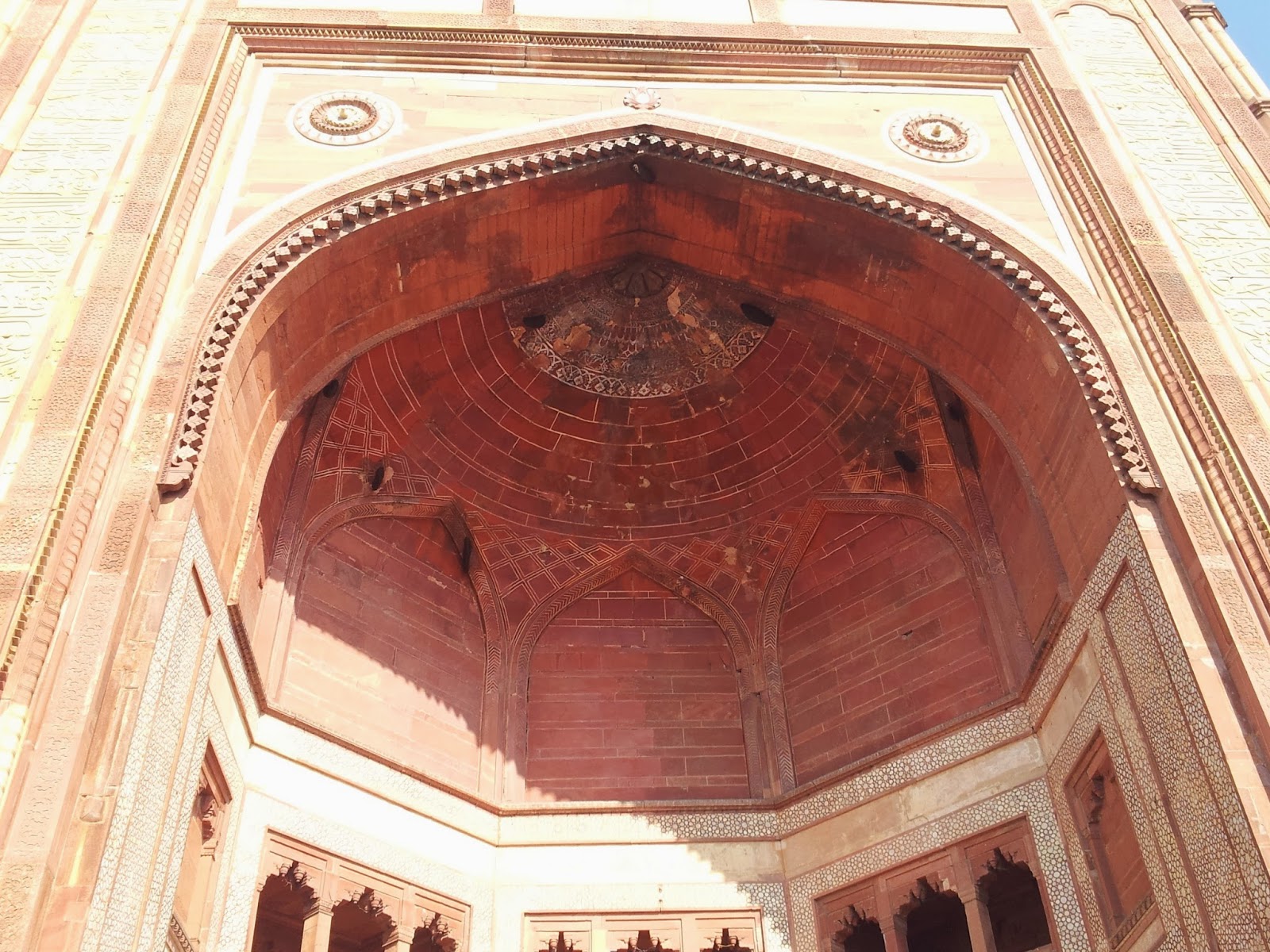 Built to commemorate Akbar's victory against the Kingdom of Gujarat. 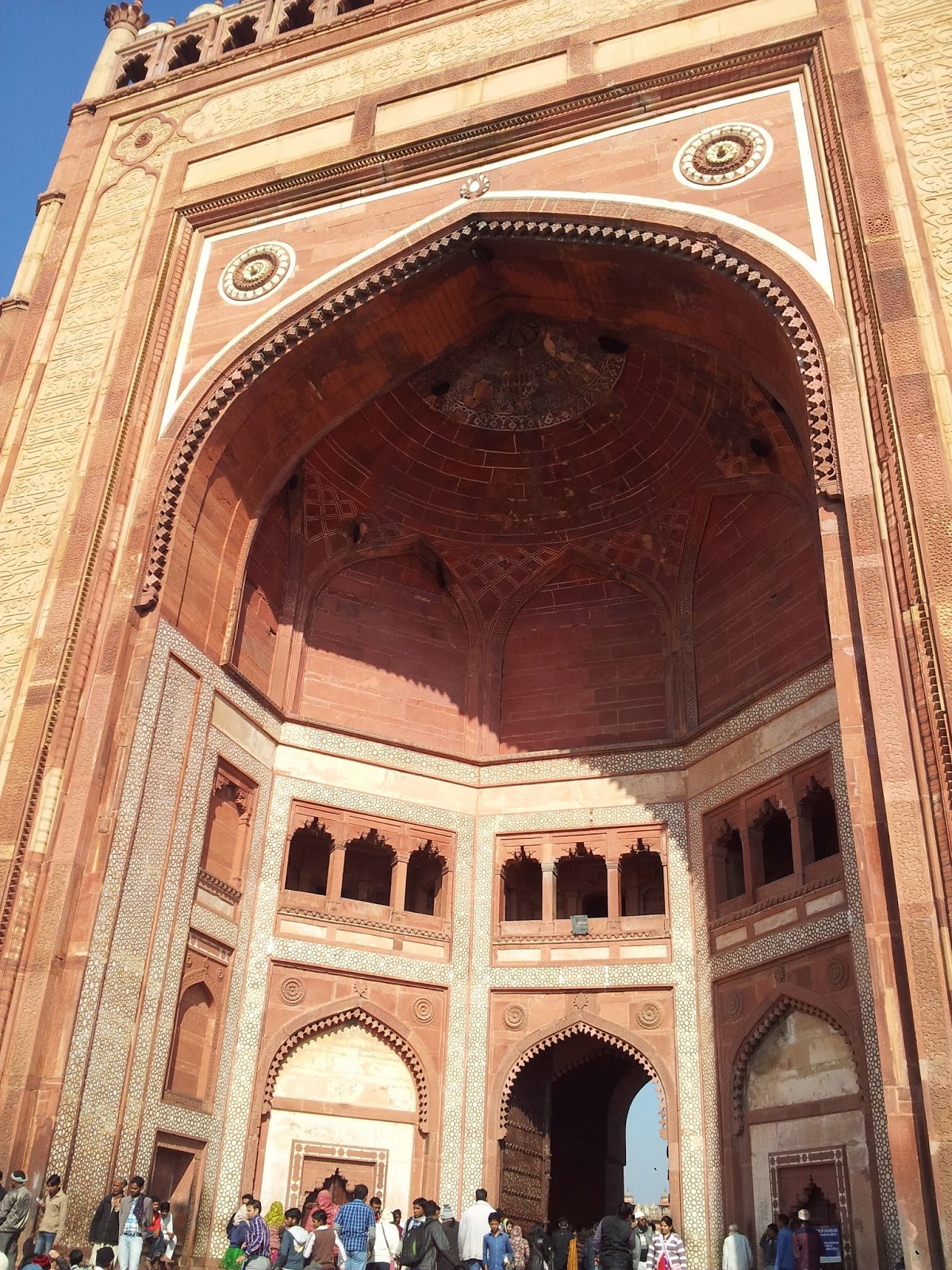 Bulland Gate (Buland Darwaza). This gateway is 55 metres tall. Completed in 1575, it's according to the locals the largest triumphal arch in the world. The Arch de Triomphe is 50m high. The Brandenburg Gate is 26m. The arch of Titus in Rome is 15m. One "gate" that is taller is the Arch of St. Louis, Missouri. It's 190m though it's debatable as to whether it's a triumphal arch or just a gateway. ??? 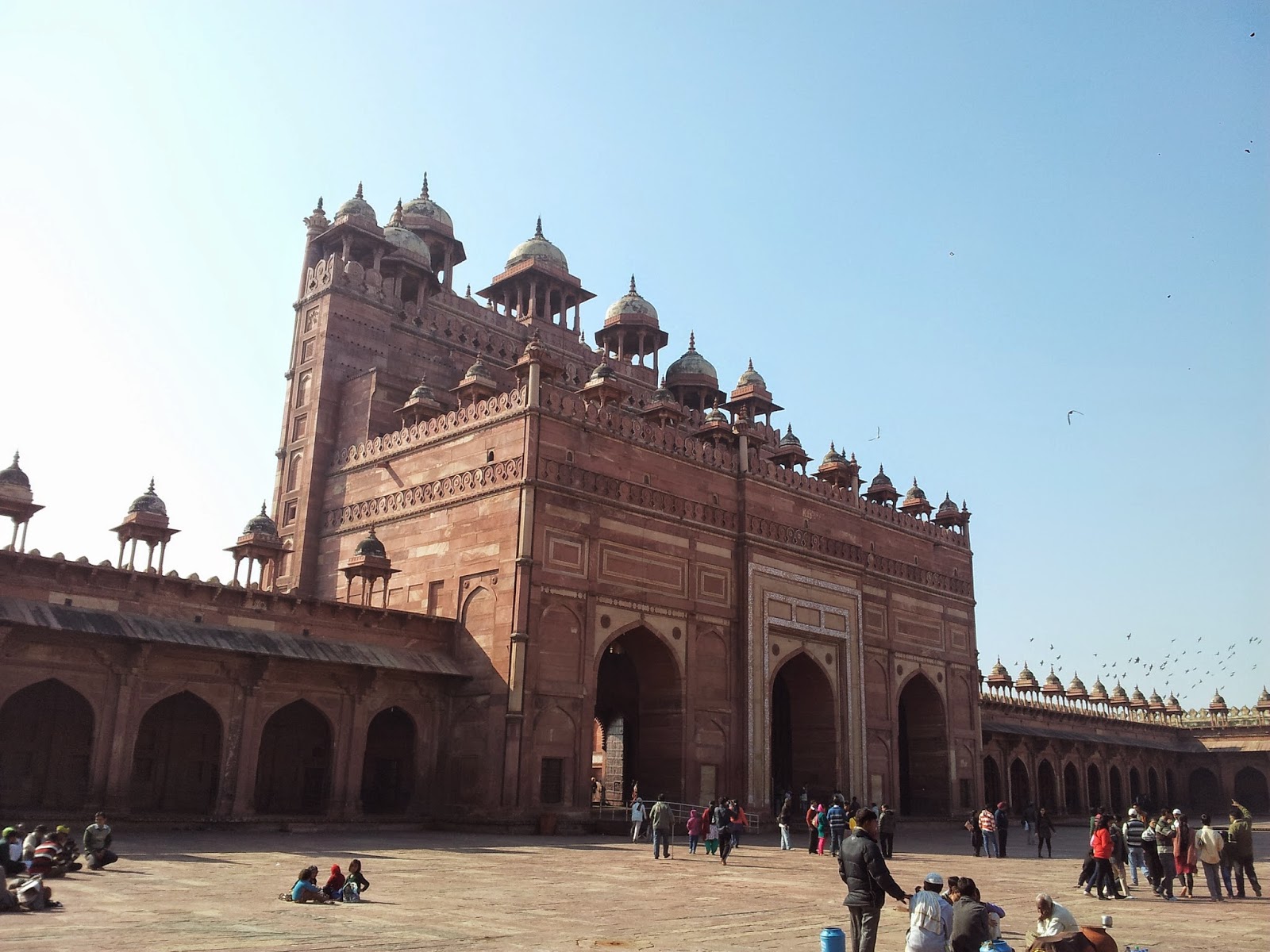 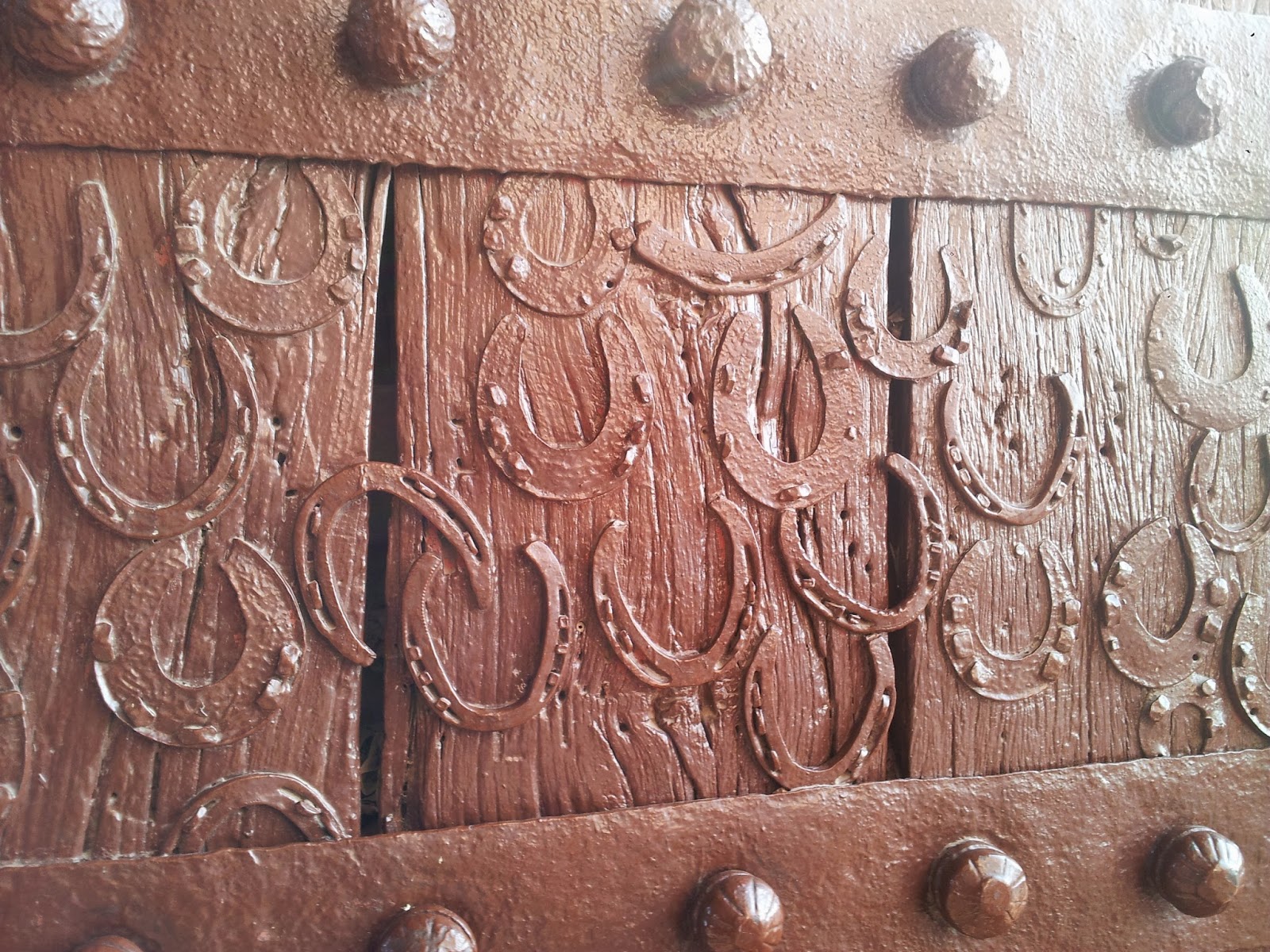 The Horseshoe Gate at Fatehpur.
This is the central gate of the  Buland Darwaza. The horseshoes are nailed for good luck. 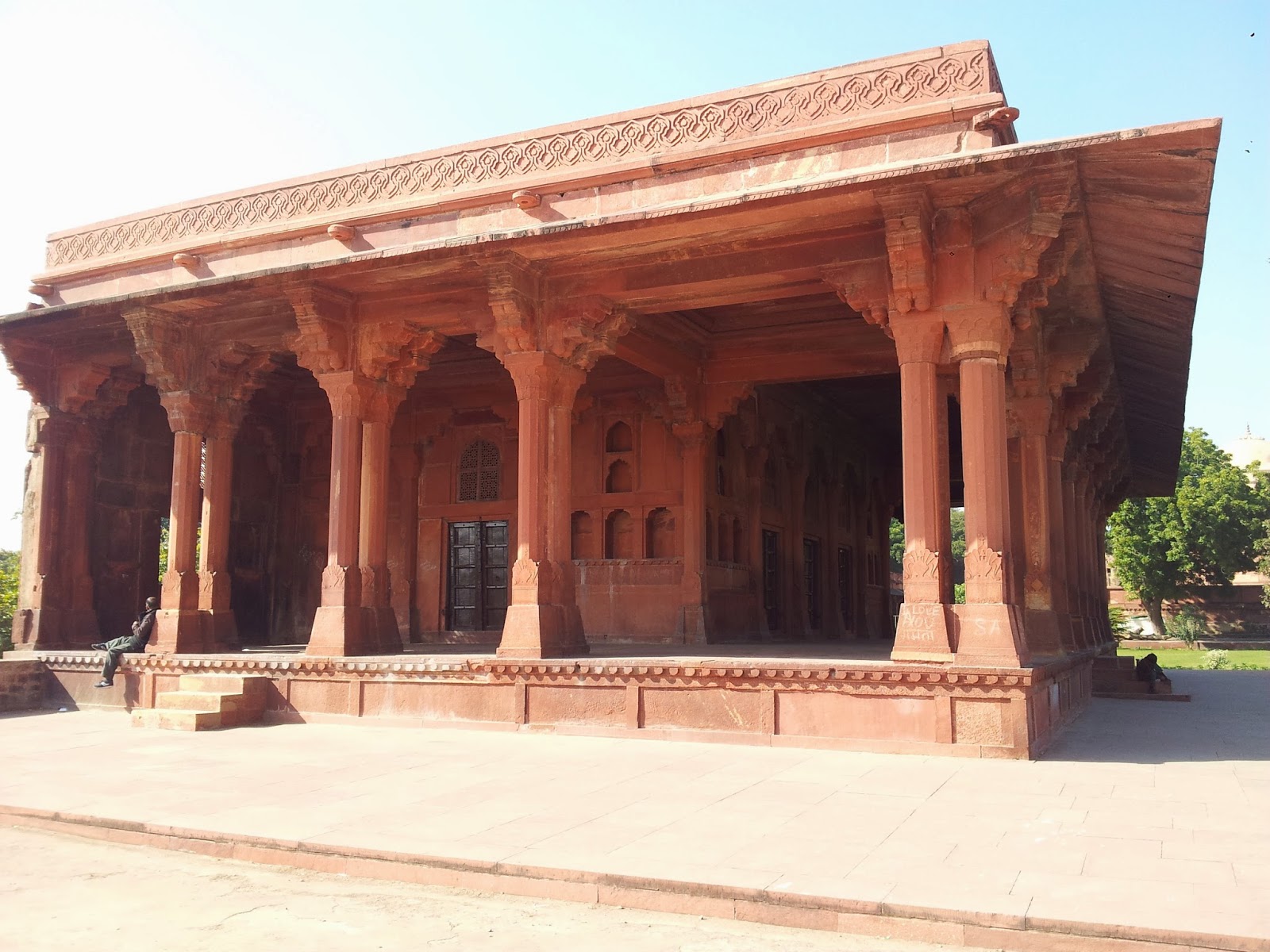 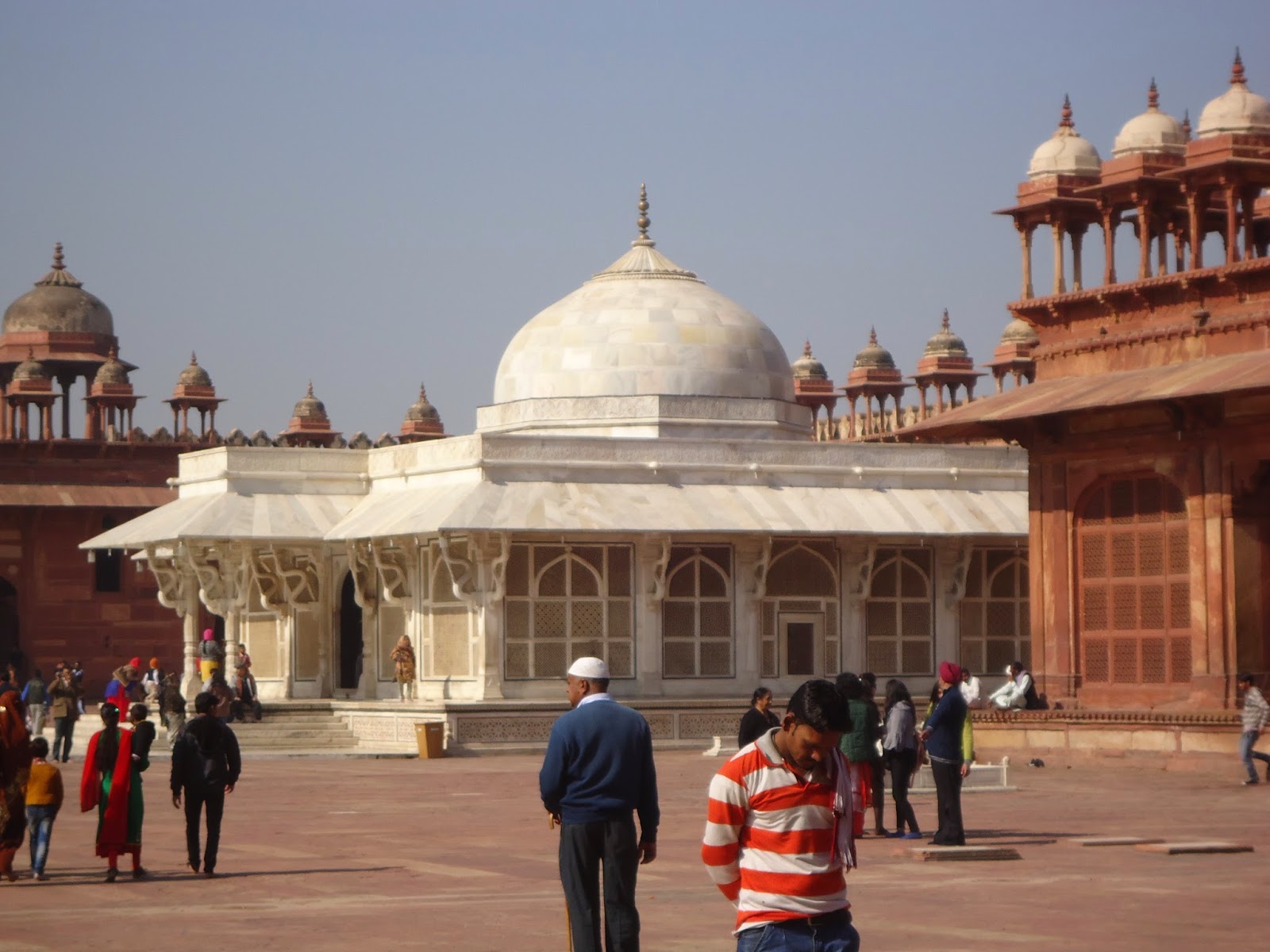 A marble encased tomb for the saint who foretold the birth of a son  for Akbar. Beautiful Jali screens encircle the central room that houses the body of the saint. 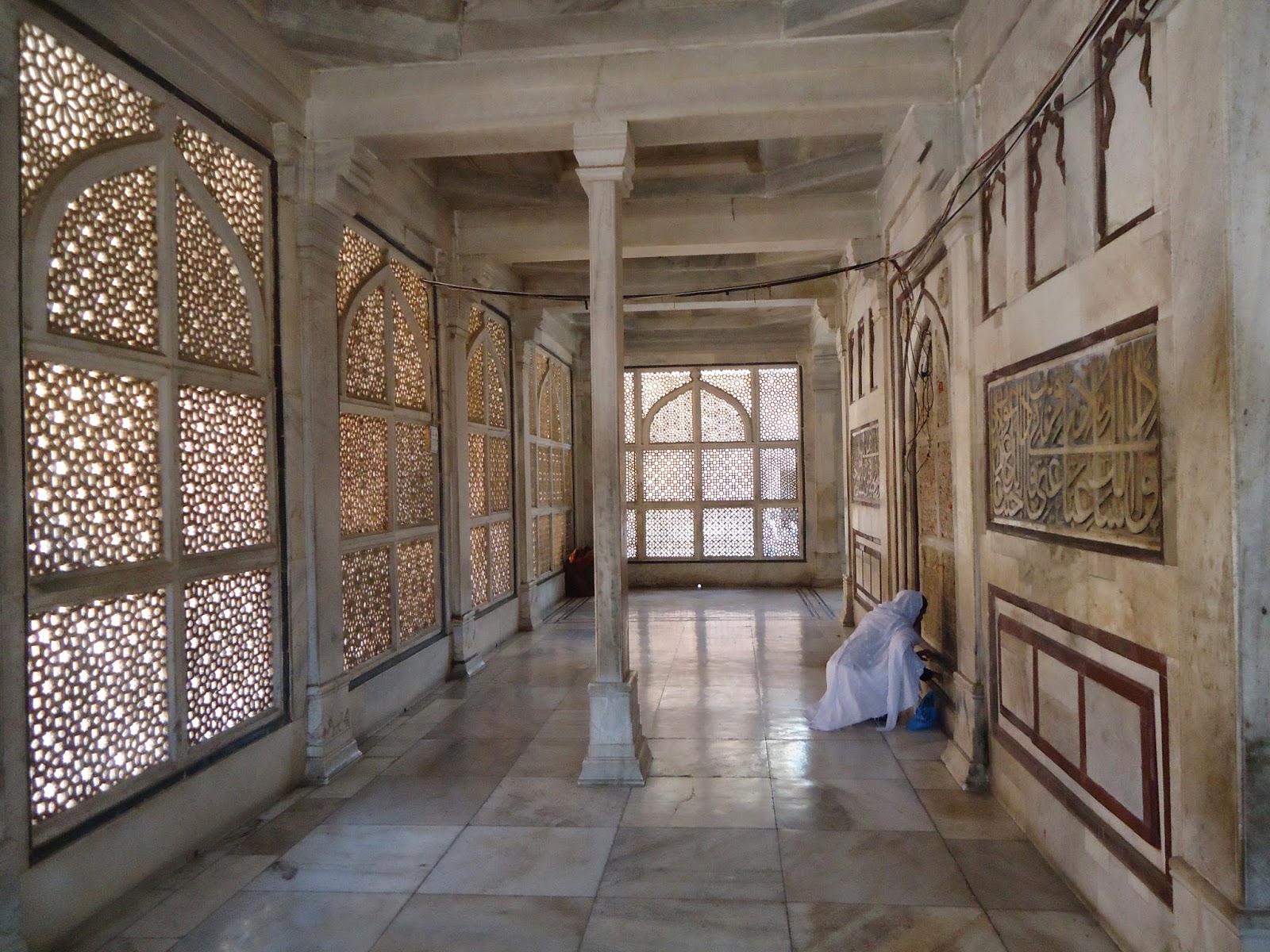 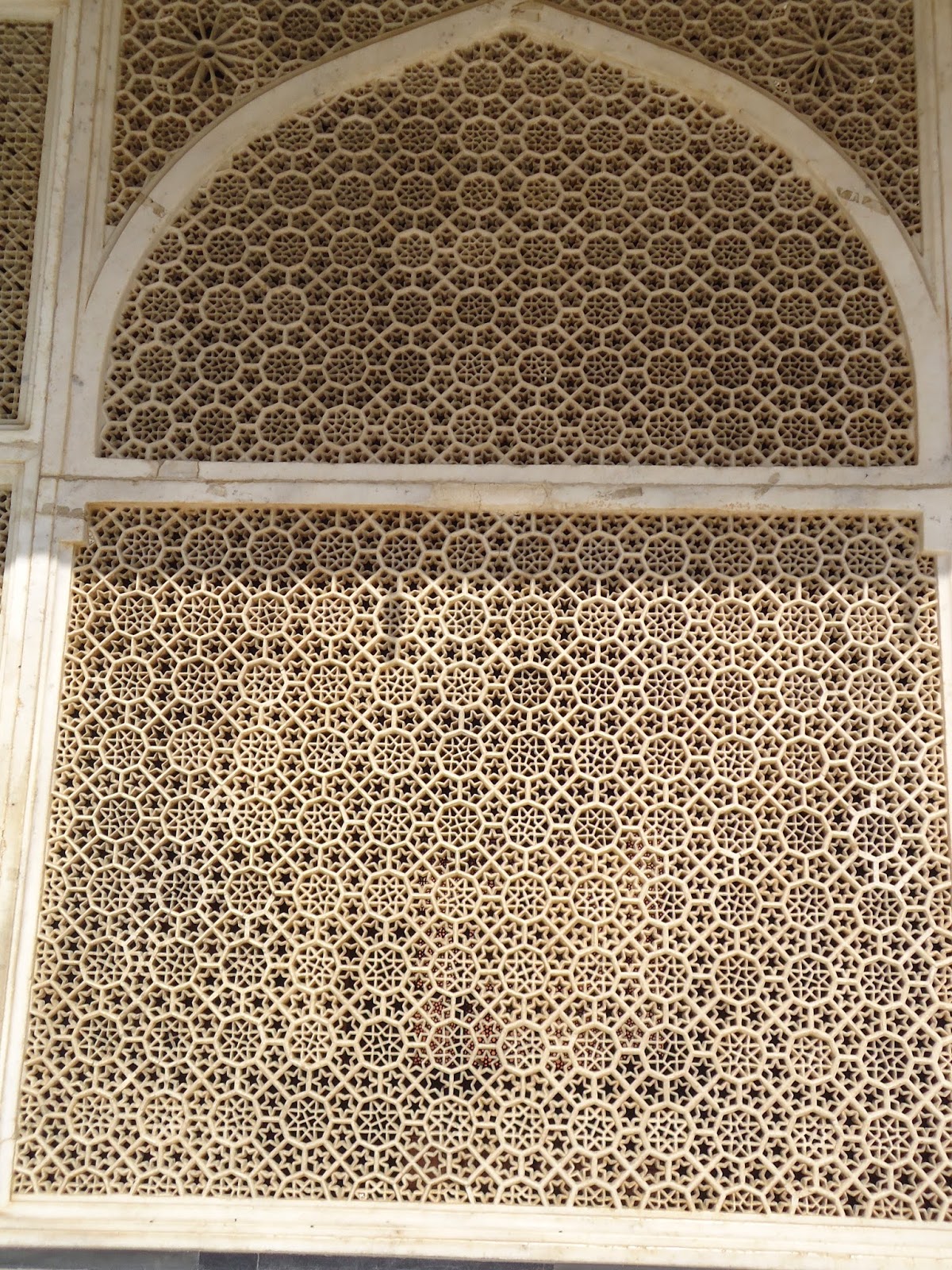 These screens are cut from single sheets of marble. 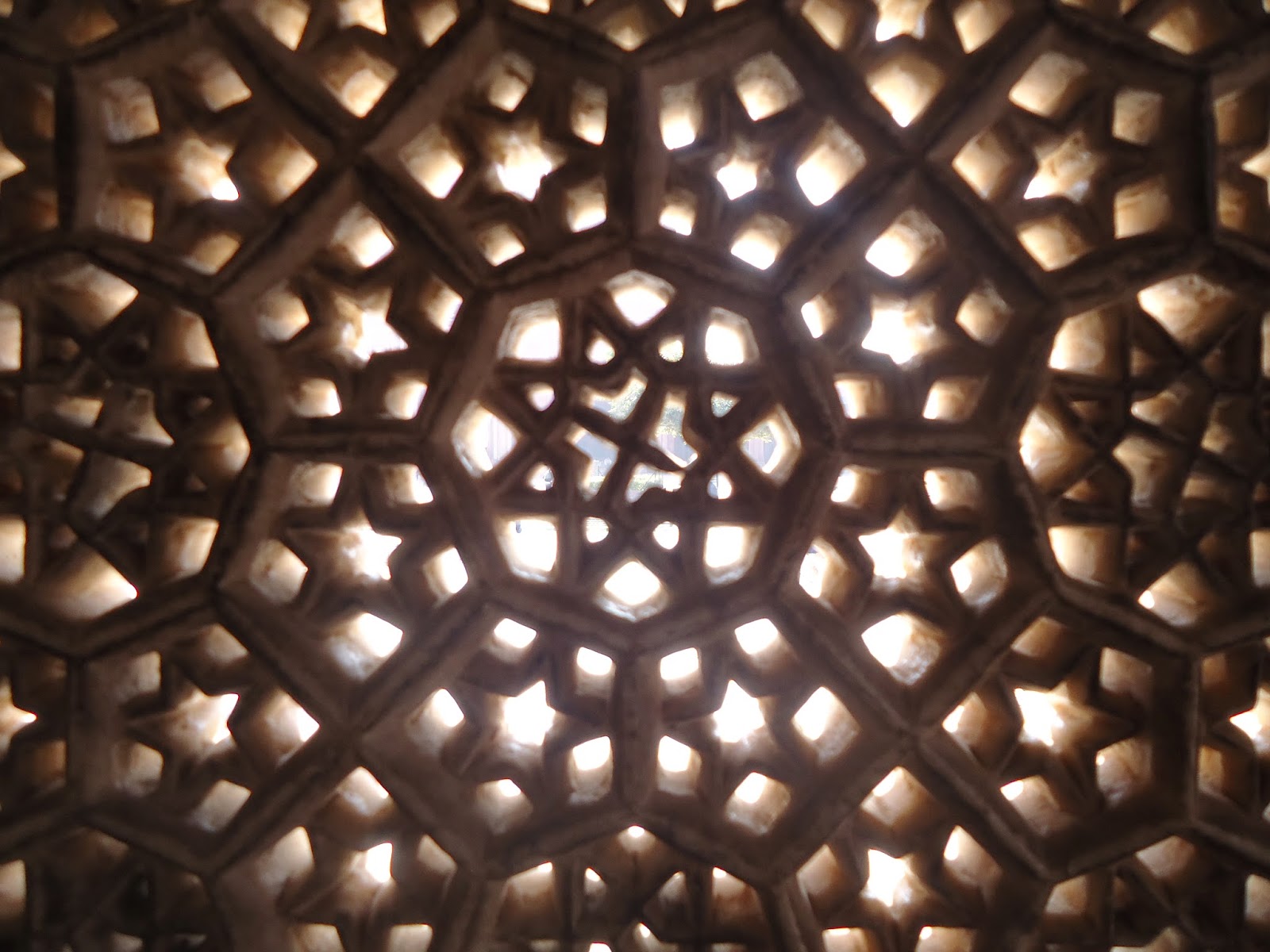 Anup talao (pond), the platform to the right was used for singing competitions 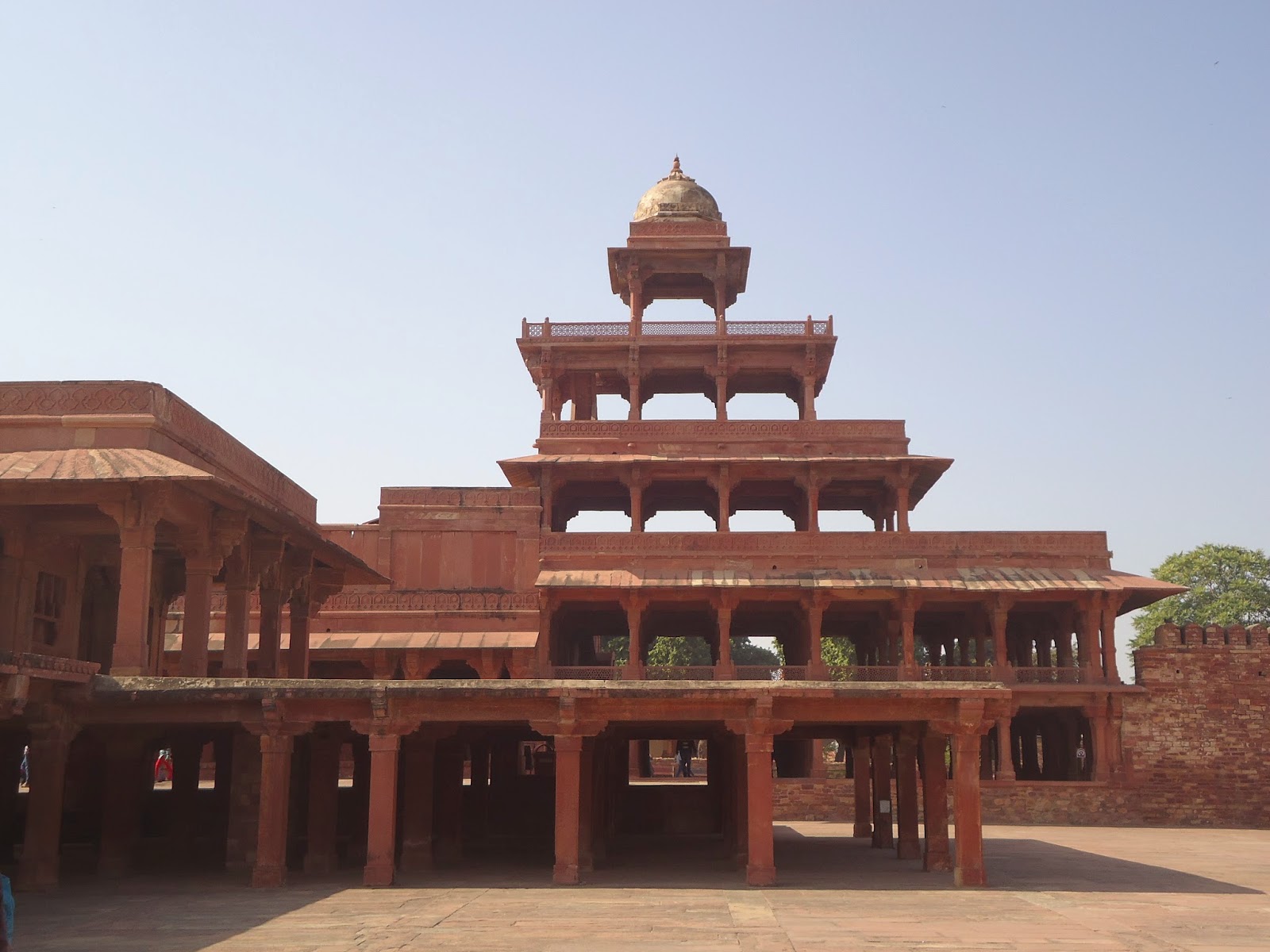 This is one of the most unusual structures of Fatehpur Sikri. It's a 5 tiered palace.
Also known as "The Pavilion of the Winds". This was used by ladies of the Royal Harem who were given privacy with Jali screens. 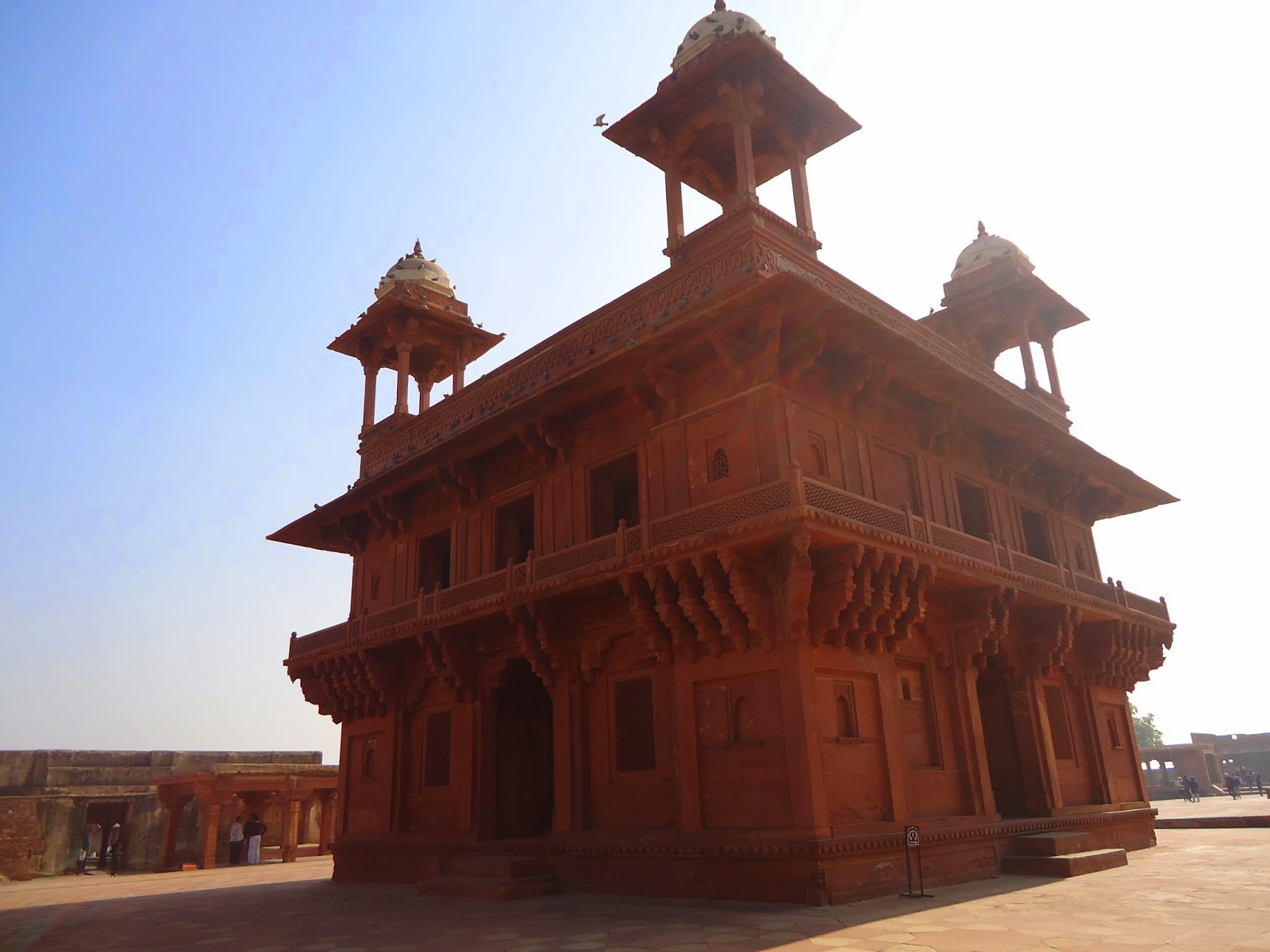 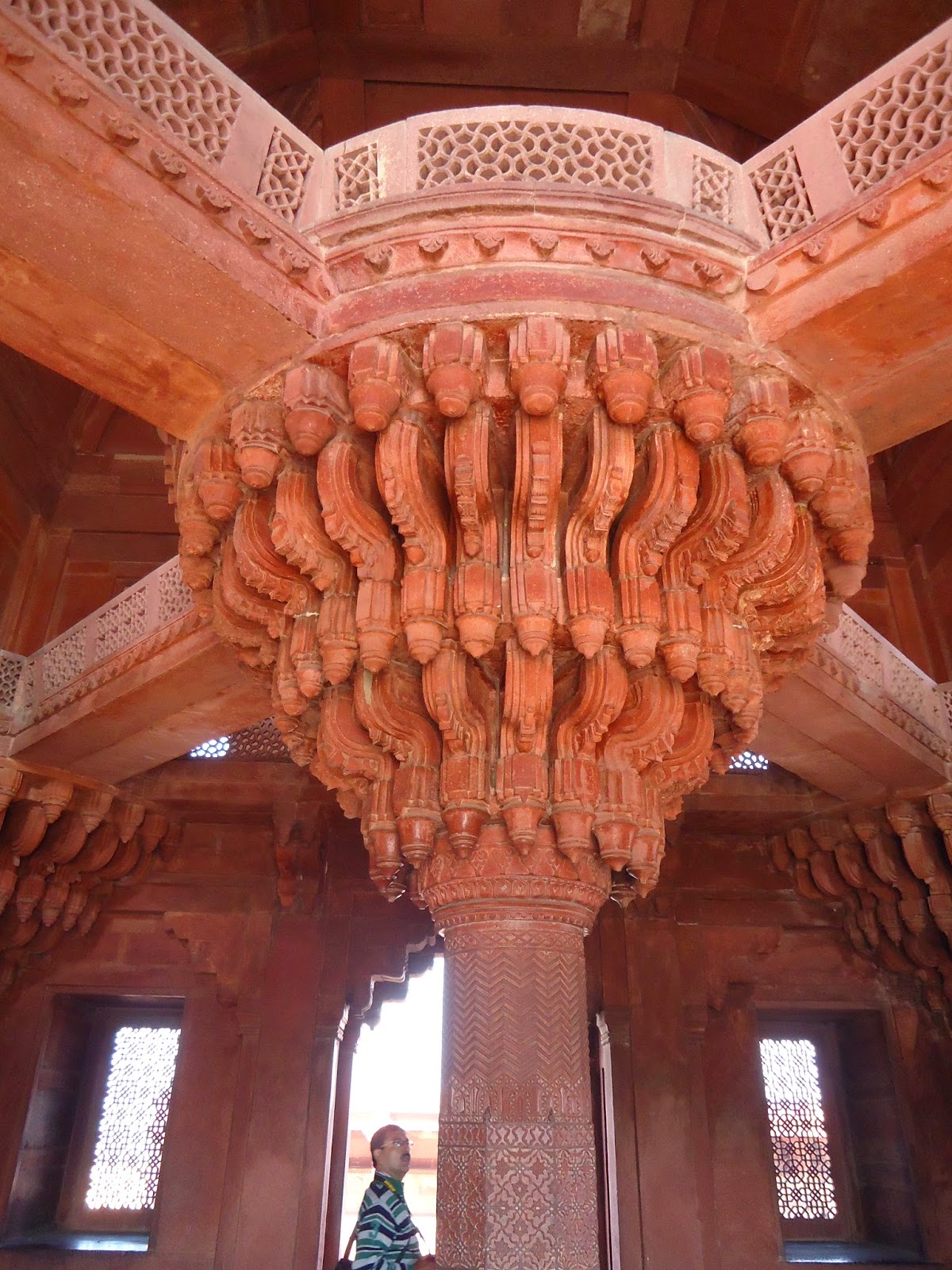 The "Hall of Private Audience". It is here that Akabar had representatives of the different religions discuss their faiths in peace & friendship. The central pillar has 36 voluted brackets.