I was listening to a friend's NLC VCO the other day.
I loved it so much that I have decided to record the build of one.
What makes this particular  VCO so special is that it uses a slightly
different type of operational amplifier.
It's called a OTA or Operational transconductance amplifier.
Here is Andrew's blog relating to this VCO
And his build notes & BOM.

This build is for the Eurorack version of the module. 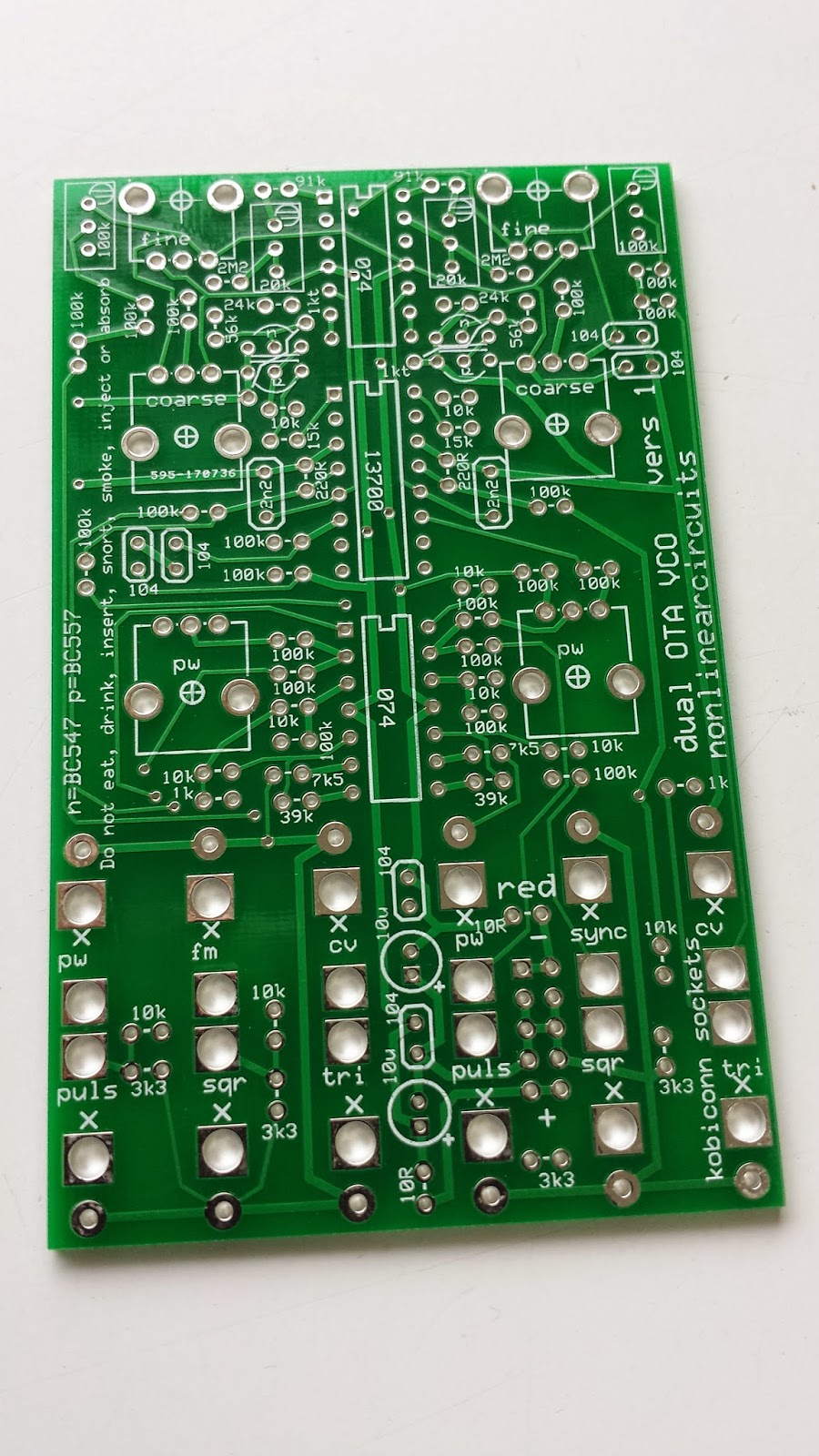 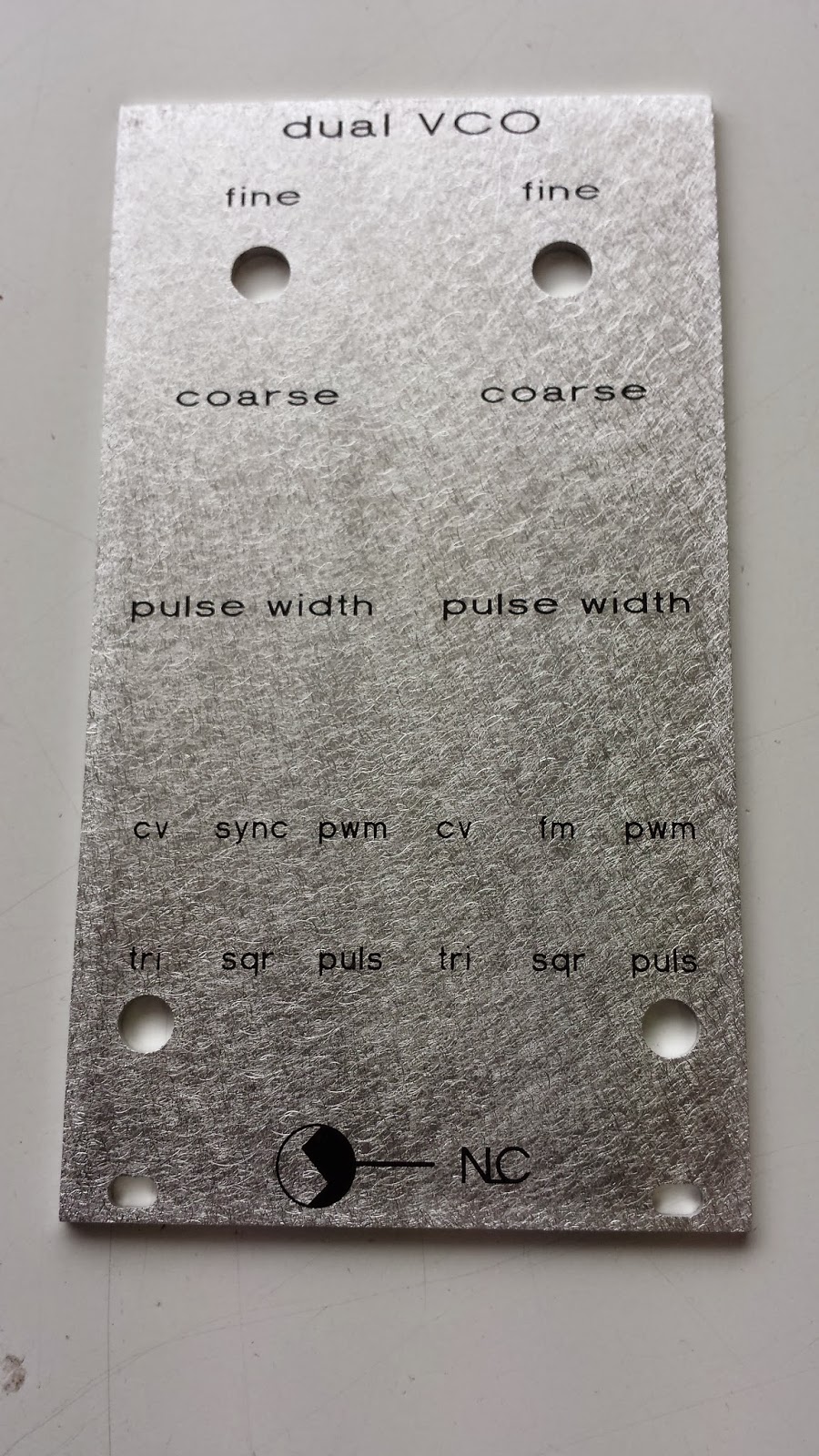 What makes the OTA different is that it has 2 extra inputs (Ibias & Iabc)
and it's output is a current not a voltage.
So, to put it another way, a OTA is a voltage to current amplifier.

The OTA used in this module is a LM13700
"The  LM13700 consists of 2 current controlled OTAs each with differential inputs.
Linearizing diodes are provided at the inputs to reduce distortion."

There are loads of circuits that use the LM13700 in VCO, filters, Amps.
Here is the classic Triangular/Square Wave VCO: 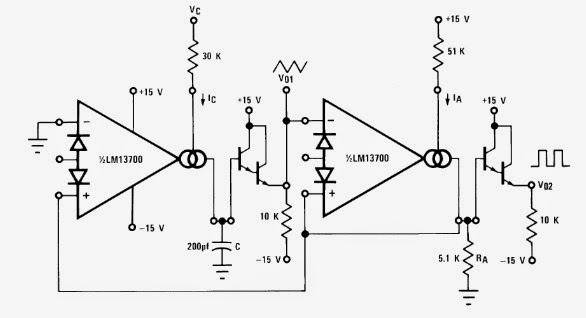 Back to the NLC build. First instal all headers. 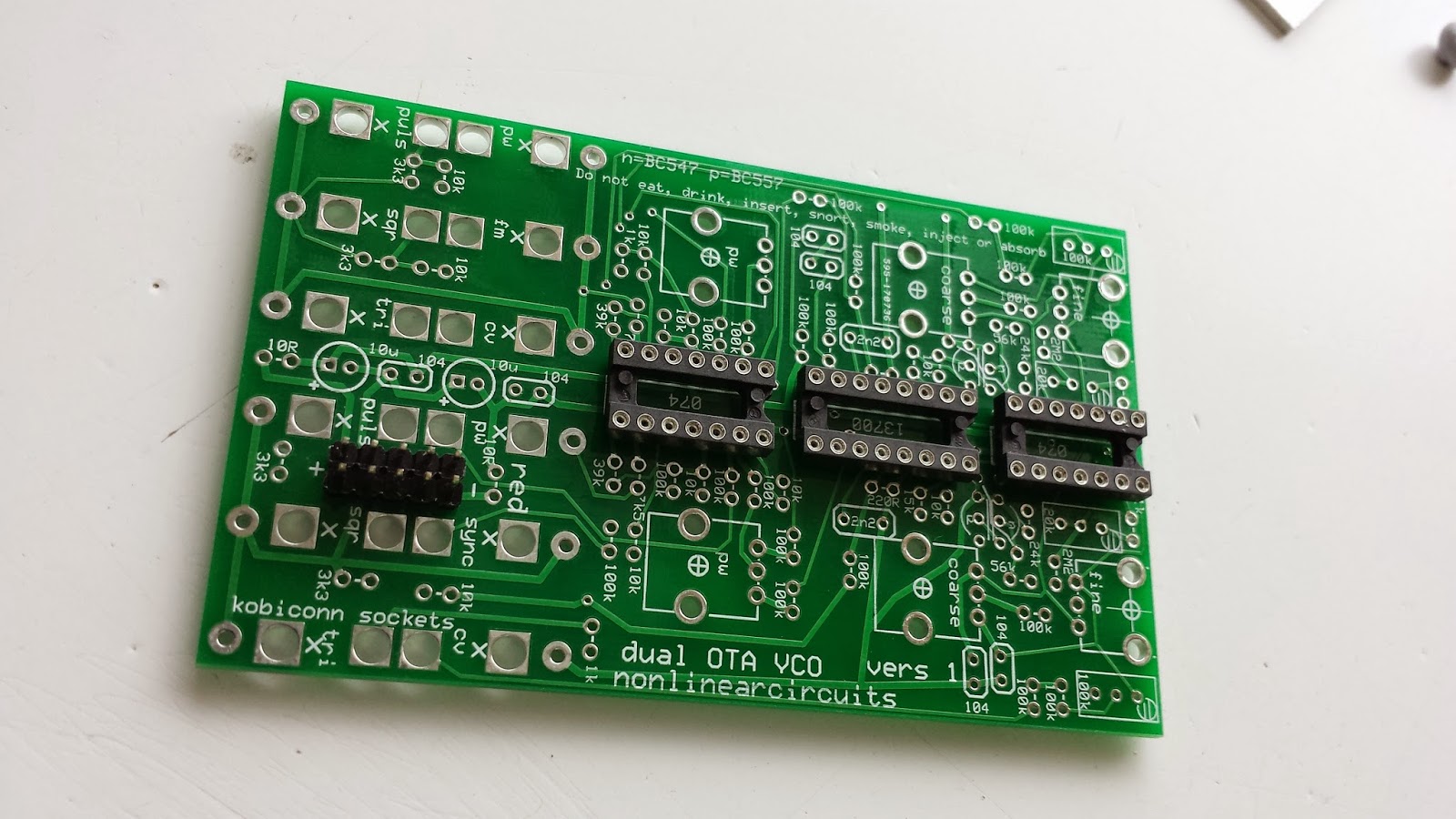 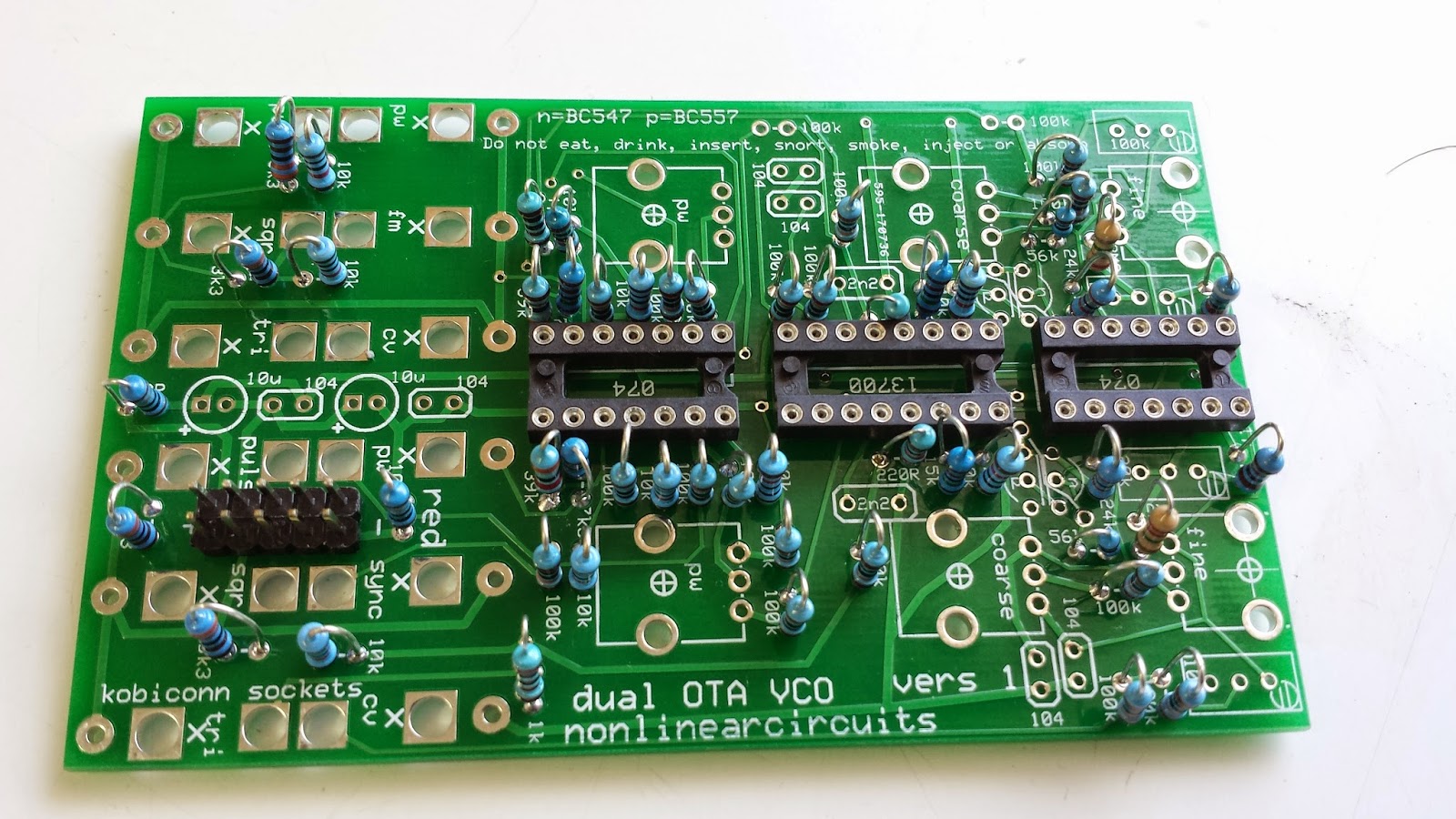 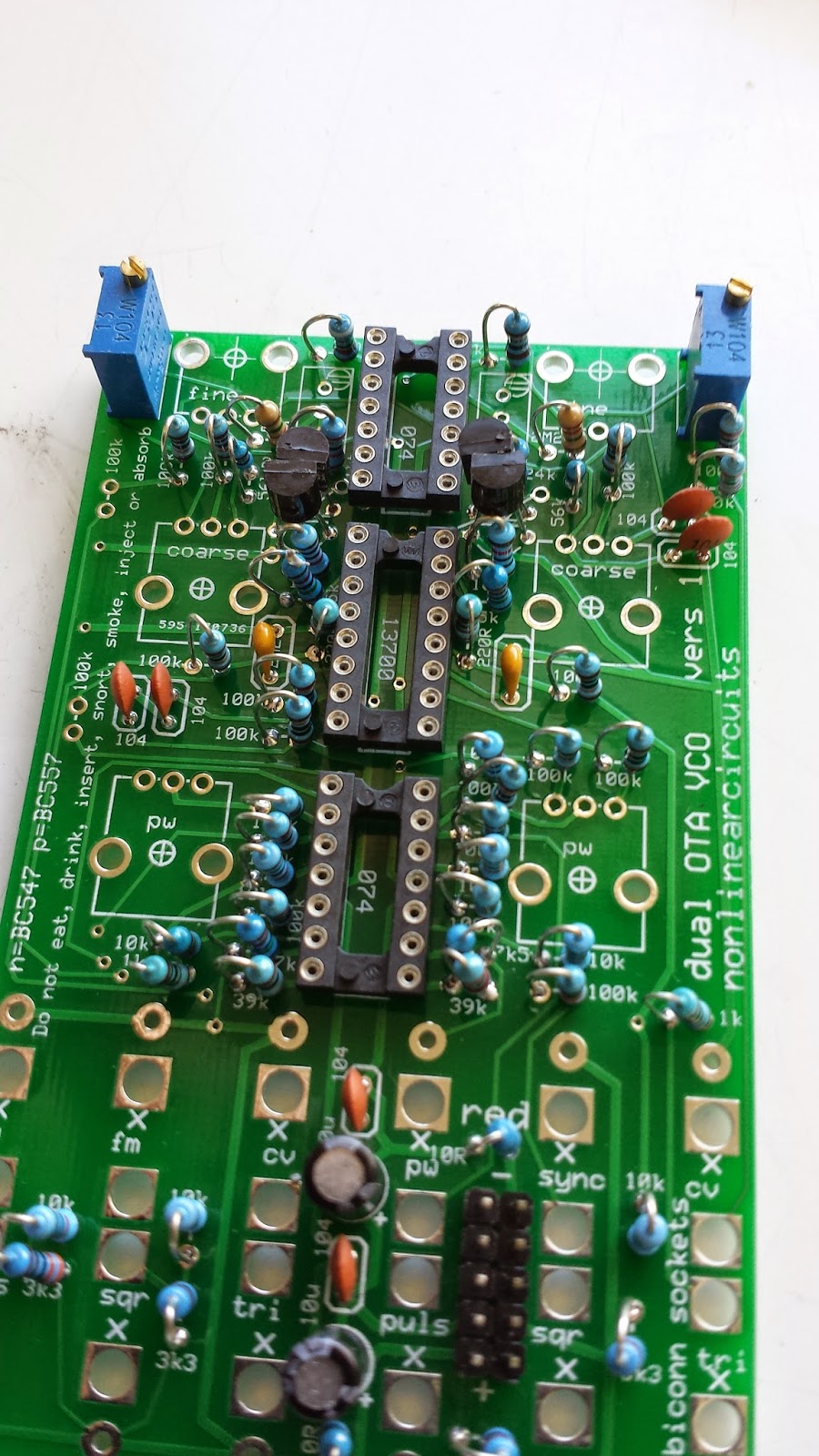 Caps then Trannies.
There are two BC 547s & 557s which need to be in thermal contact.

Two 1K tempco resistors go over the transistor pairs. These are on back order along with the 20k trimpots, etc. 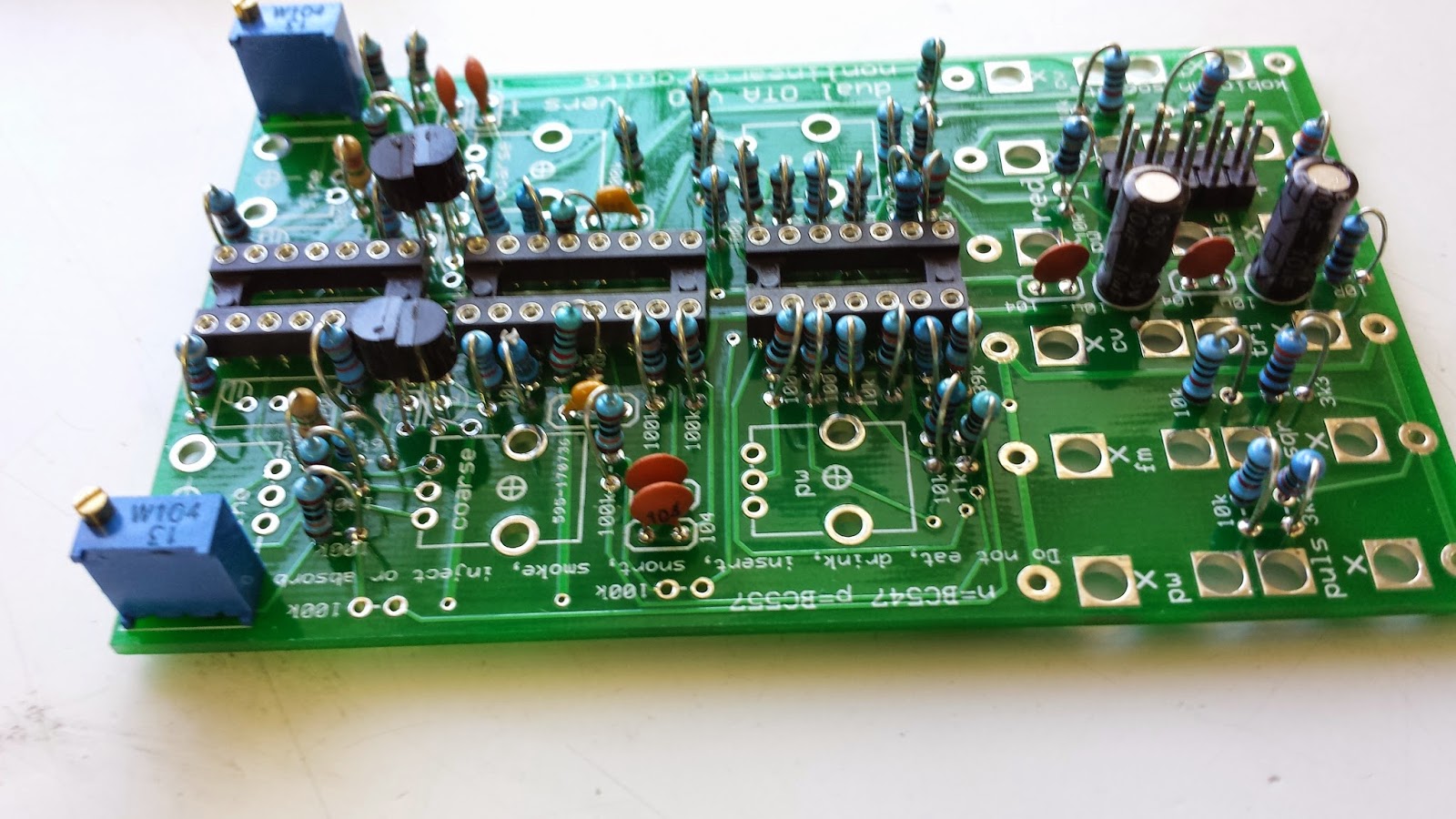 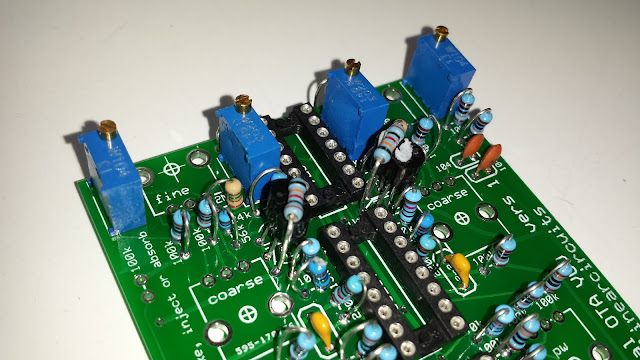 The Tycos & trannies need to be hugging one another.:-) Nice & tight.

My panel is only partly drilled.
So I'll install the two fine pots on the top first & the bottom jacks. 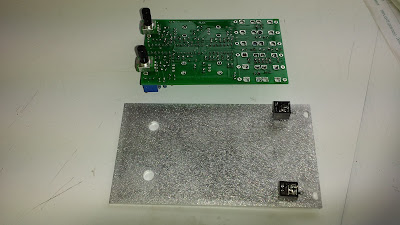 Make sure everything lines up. 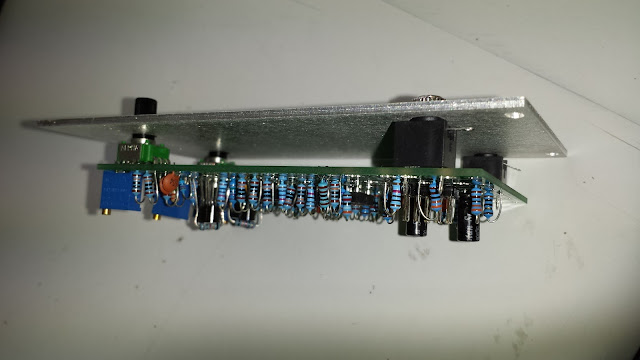 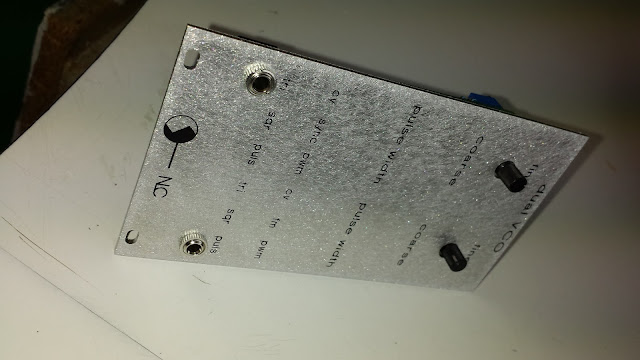 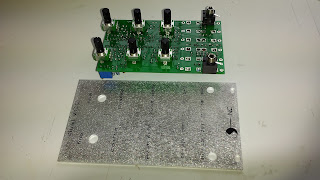 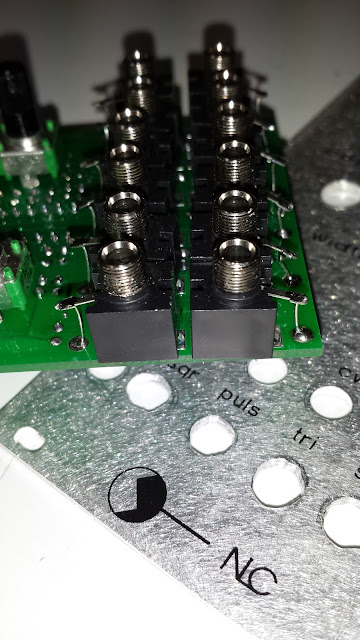 Right, we are almost there.
ICs & power cable in. 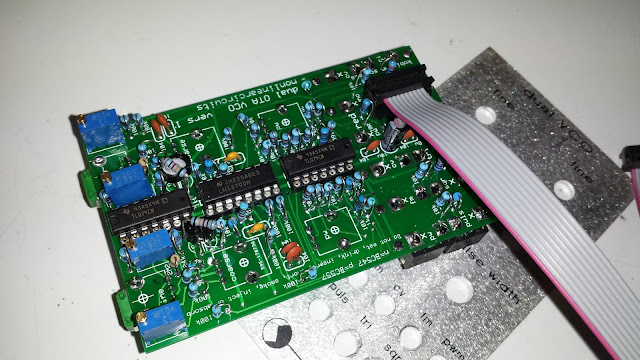 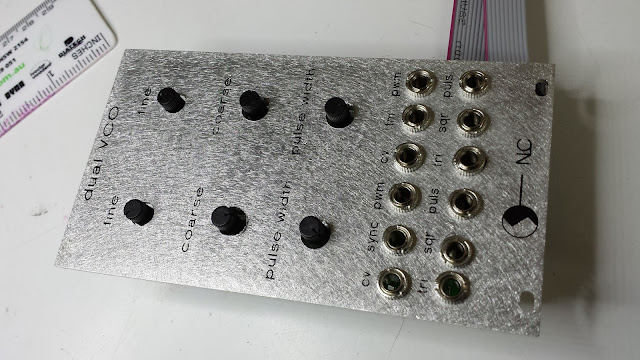