Jaipur - Hawa Mahal - The Palace of the Winds.

Jaipur.
It's a beautiful city with wide boulevards. It's the capital of the state of Rajasthan.
Founded in 1727 by Jai Singh II., it was designed during the British Colonial Period.
It's also one of UNESCO's world heritage sites.

It's often know as the Pink City because it was pained that colour to welcome Albert, Prince of Wales in 1876. Albert, later was crowned King Edward VII. One of his many titles was Emperor Of India.

There are lots of attractions to see when visiting Jaipur.
It's also a good base to visit other parts of Rajasthan such as Jodhpur (348 km), Jaisalmer (571 km), Udaipur (421 km)

A must see when visiting is the Hawa Mahal 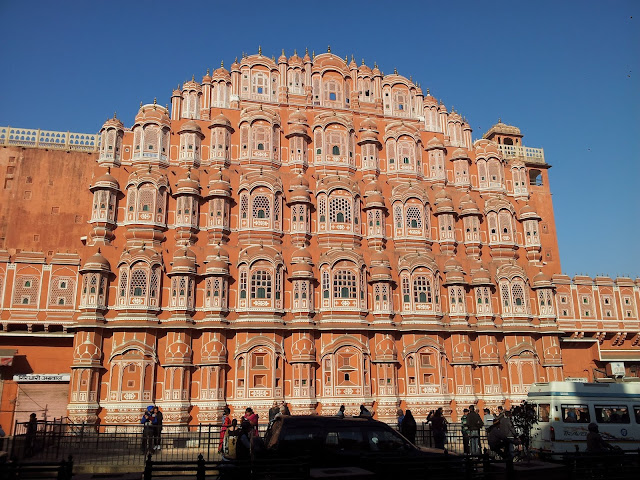 This is the front. It's constructed of red and pink sandstone.
There are 5 stories. to this pyramid structure.
Built in 1799 by Maharaja Sawai Pratap Singh, the grandson of Maharaja Sawai Jai Singh, who was the founder of Jaipur

Its been described as a behive. There are 953 windows (Jharokhas). Notice the fine latticework..
Royal ladies were not allowed to be seen by the public without face coverings. This latticework allowed them to view the street, and not be seen.

These pics are the inside 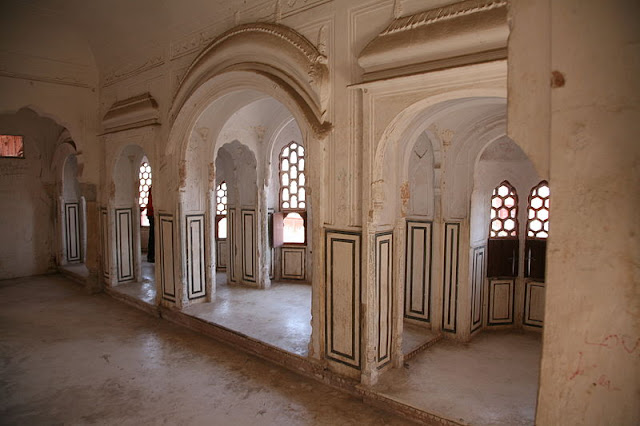 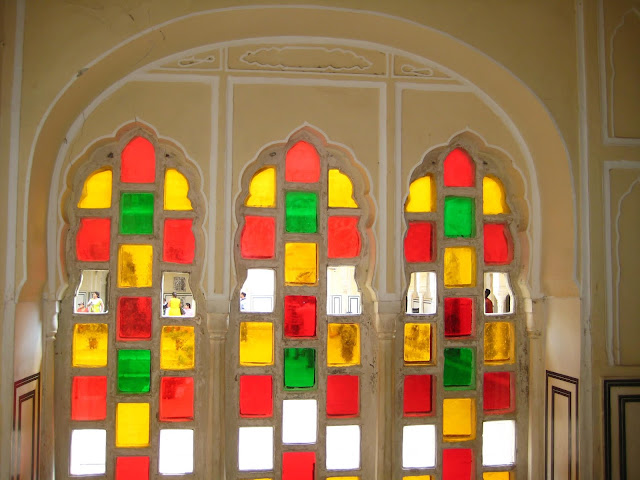 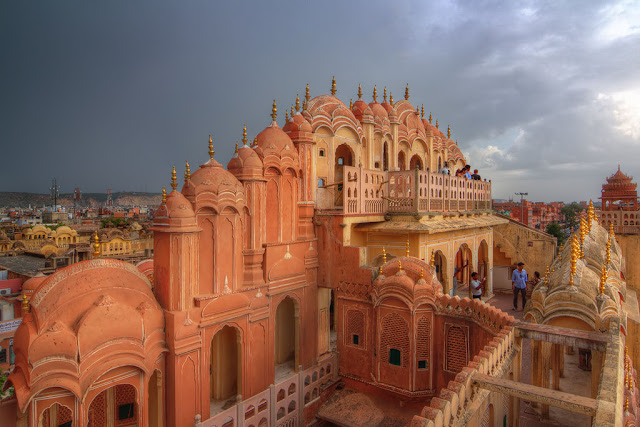