Kumbhalgarh Fort is located 64 kms from Udaipur in Rajasmand district.
This is the approach by road. I was struck with its beauty. Reminds me of some of the castles I've seen in Bavaria & Spain. 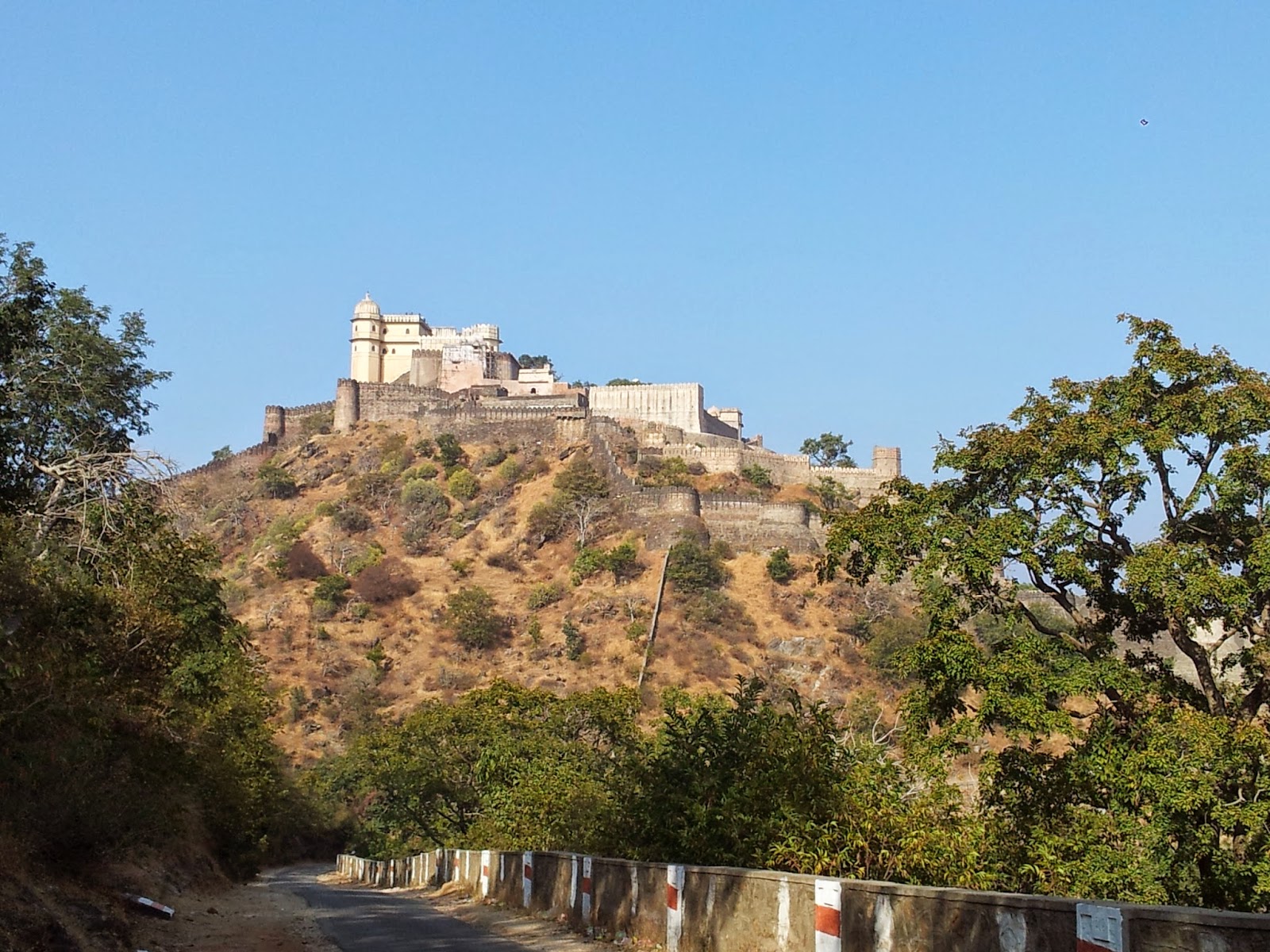 The Fort was built by Maharana Rana Kumbha in the 15th century (1443 A.D completion). 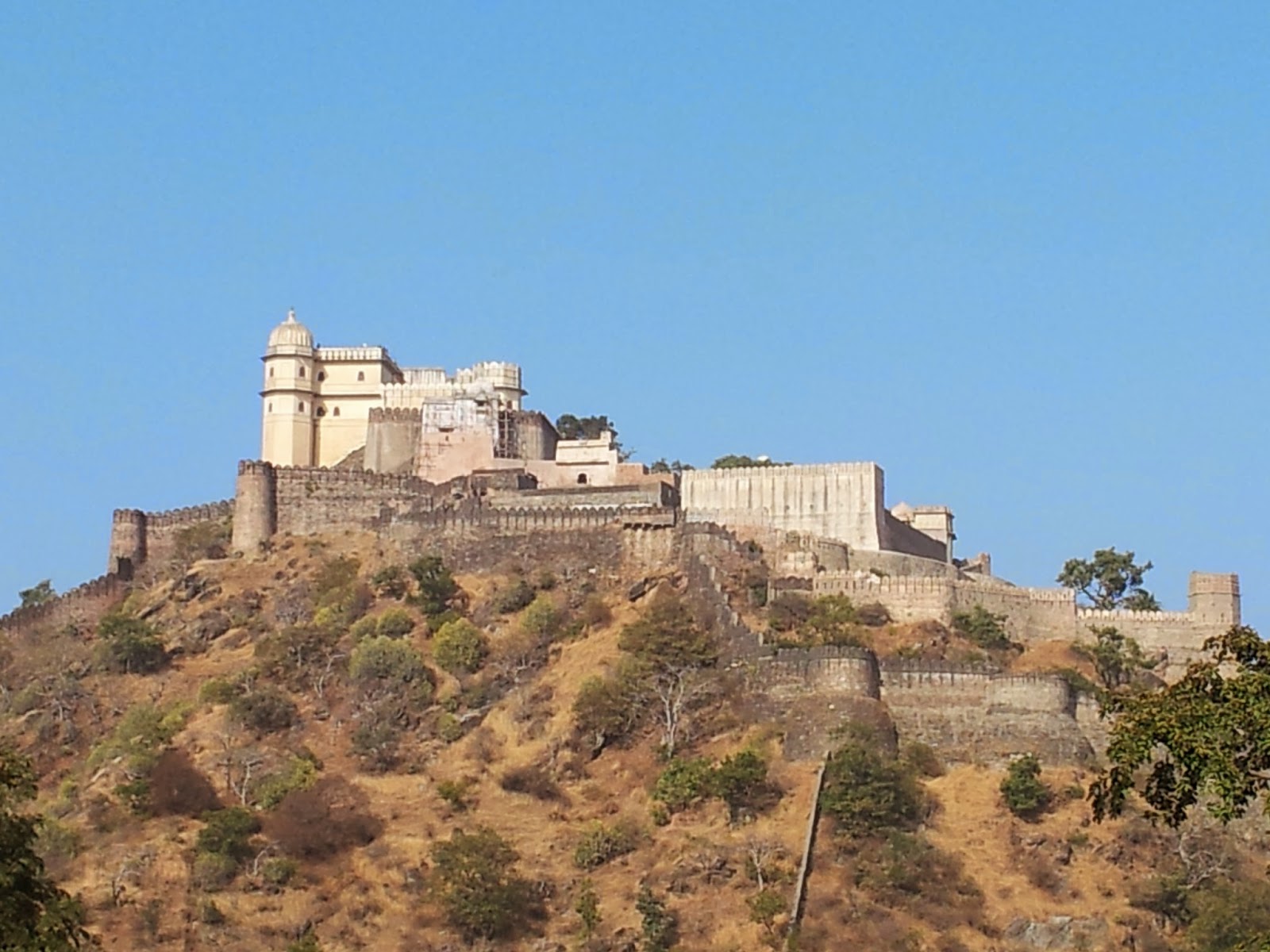 The fortifications of the fort extend 36 kilometers making it the the second longest wall in the world, the first being ''the Great Wall of China''. 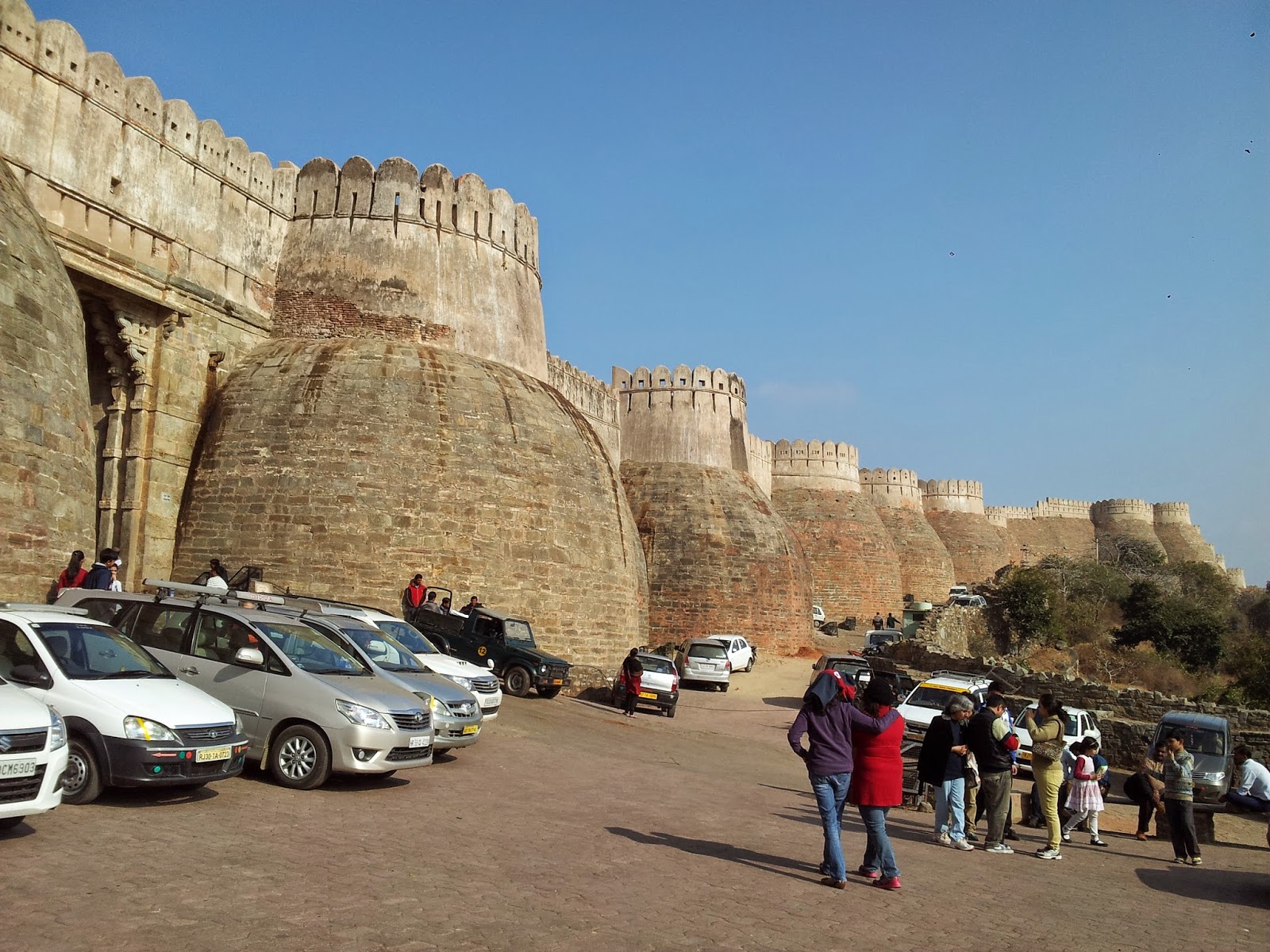 It's one of the few forts in history that was never conquered by direct assault and fell only once, due to a shortage of drinking water. This helped the combined armies of the Mughal Emperor Akbar of  Delhi,, Raja Man Singh of Amber, the Sultan of Gujarat, and Raja Udai Singh of Mewar to breach its defences. 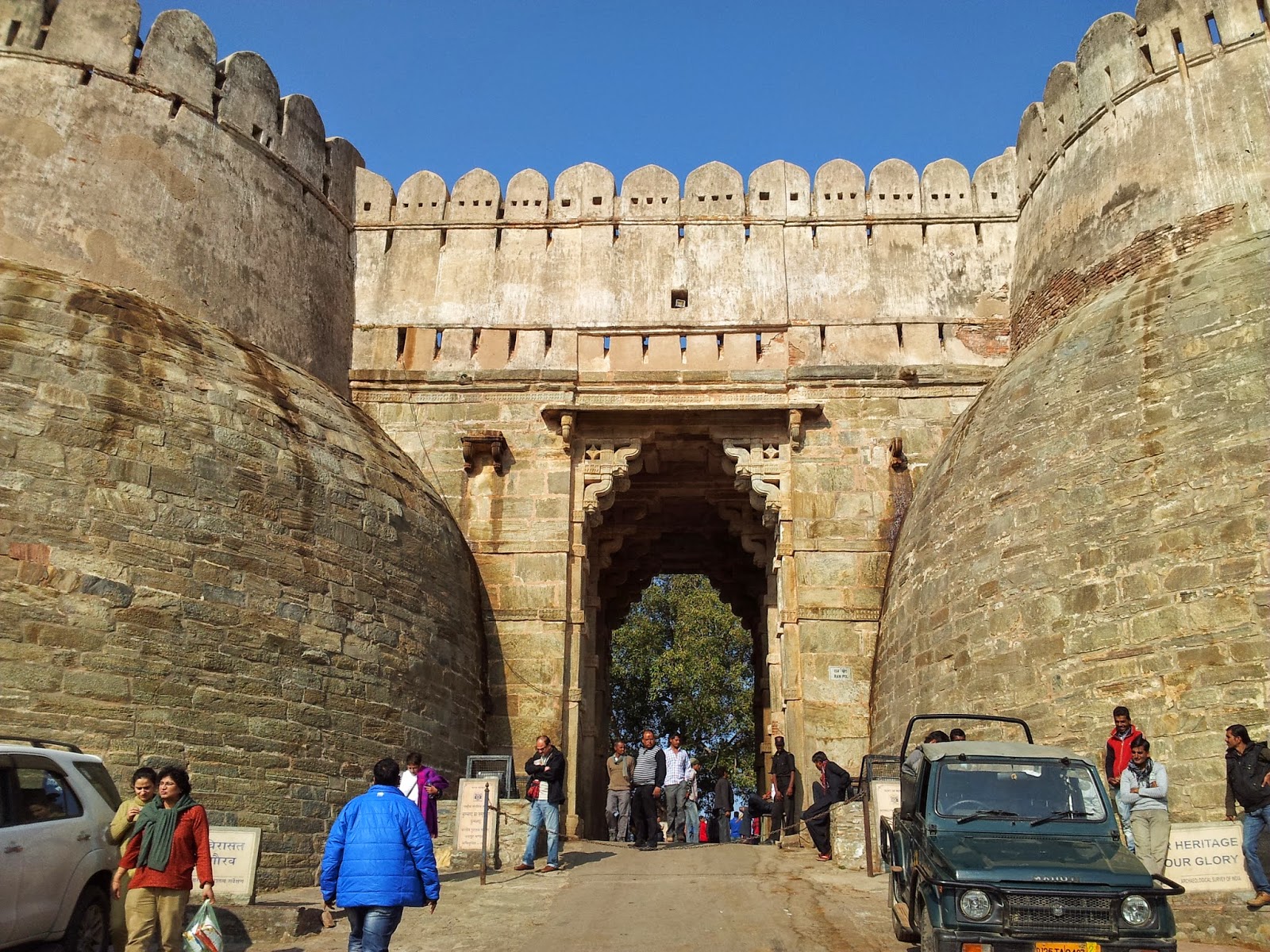 This is the main entrance - called the Ram Pol. 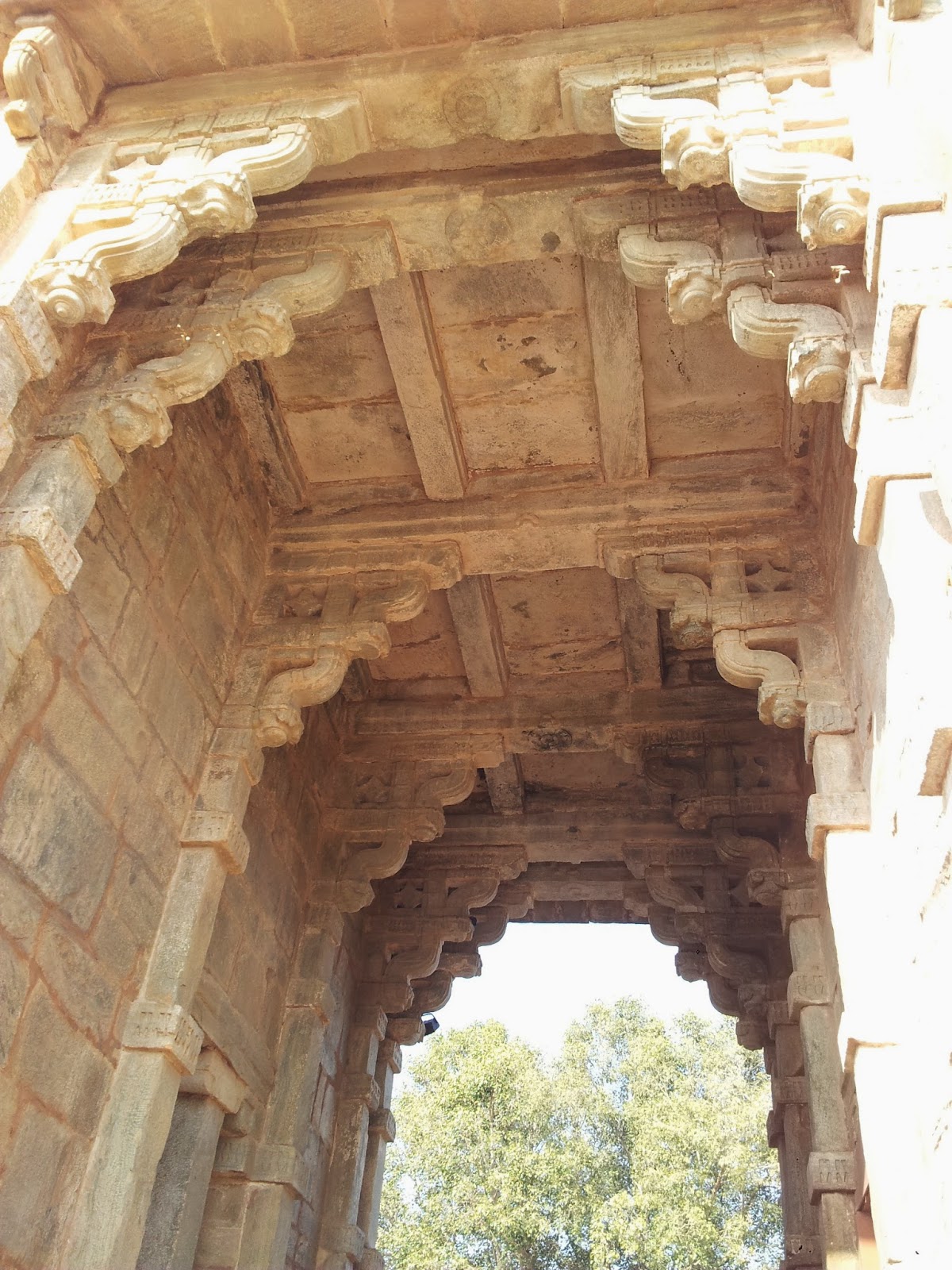 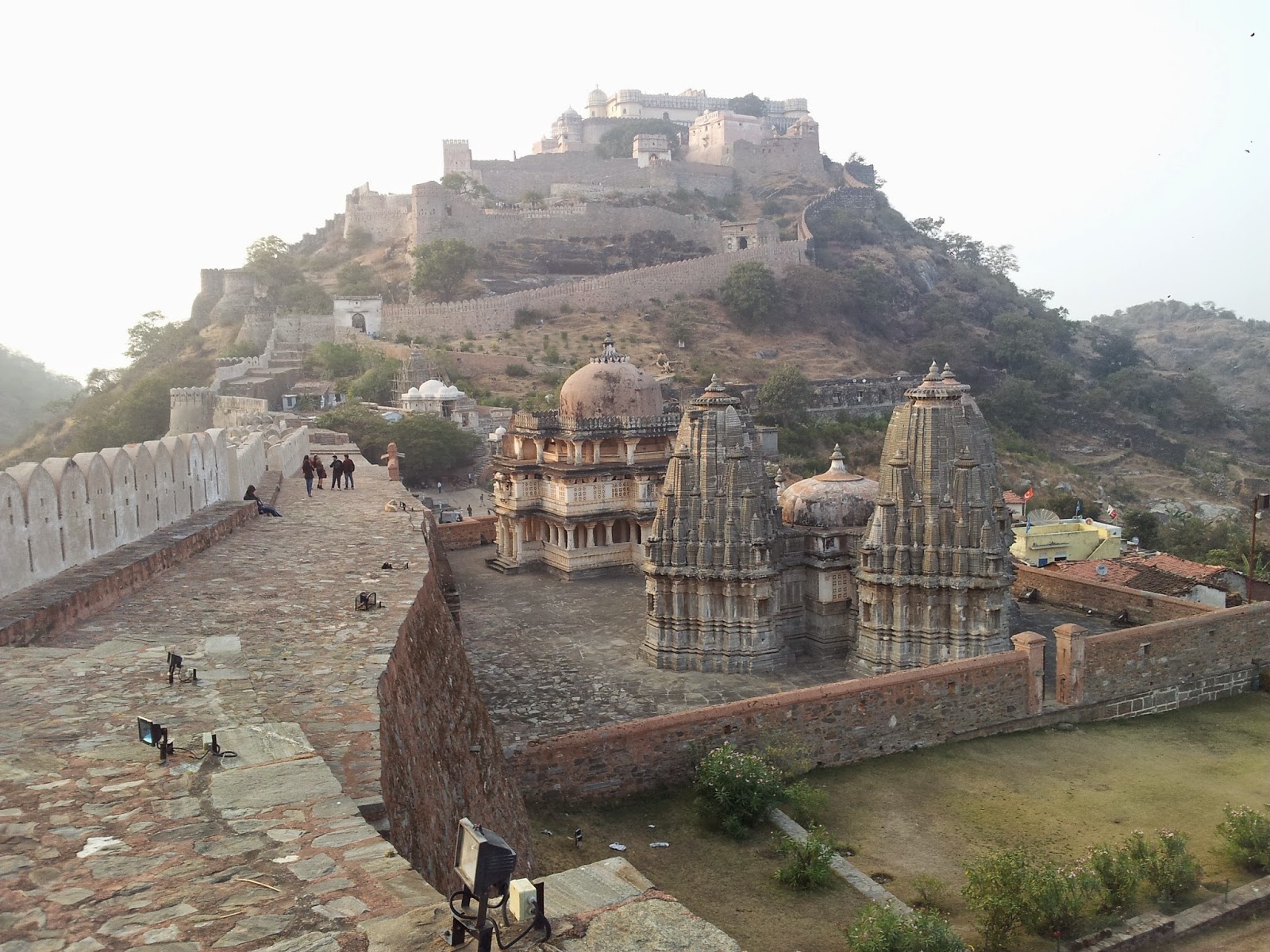 A view of the castle from the ramparts. I would have loved to walk the entire 36kms, but that would have taken 2 days. One day I'll return for this.

The walls are broad enough to ride eight horses side by side.... 15 feet thick in some places. And there are 360 temples inside the fort complex. 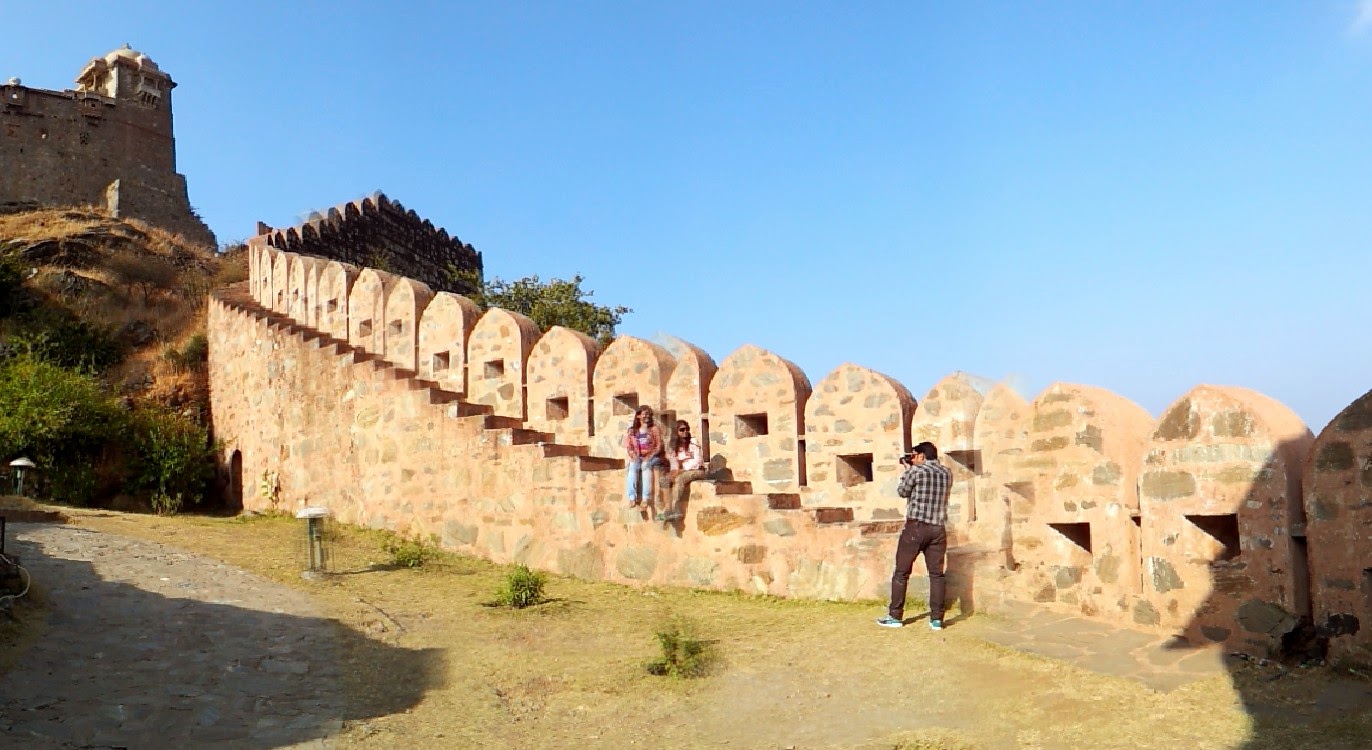 The wall stretches across the Aravali Mountains.

Views from the summit of the fortress.

Badal Mahal (the Palace of Clouds)

Some of the temples inside the fortress complex date from the 3rd century BC:
300 are Jain Temples. The rest are Hindu. 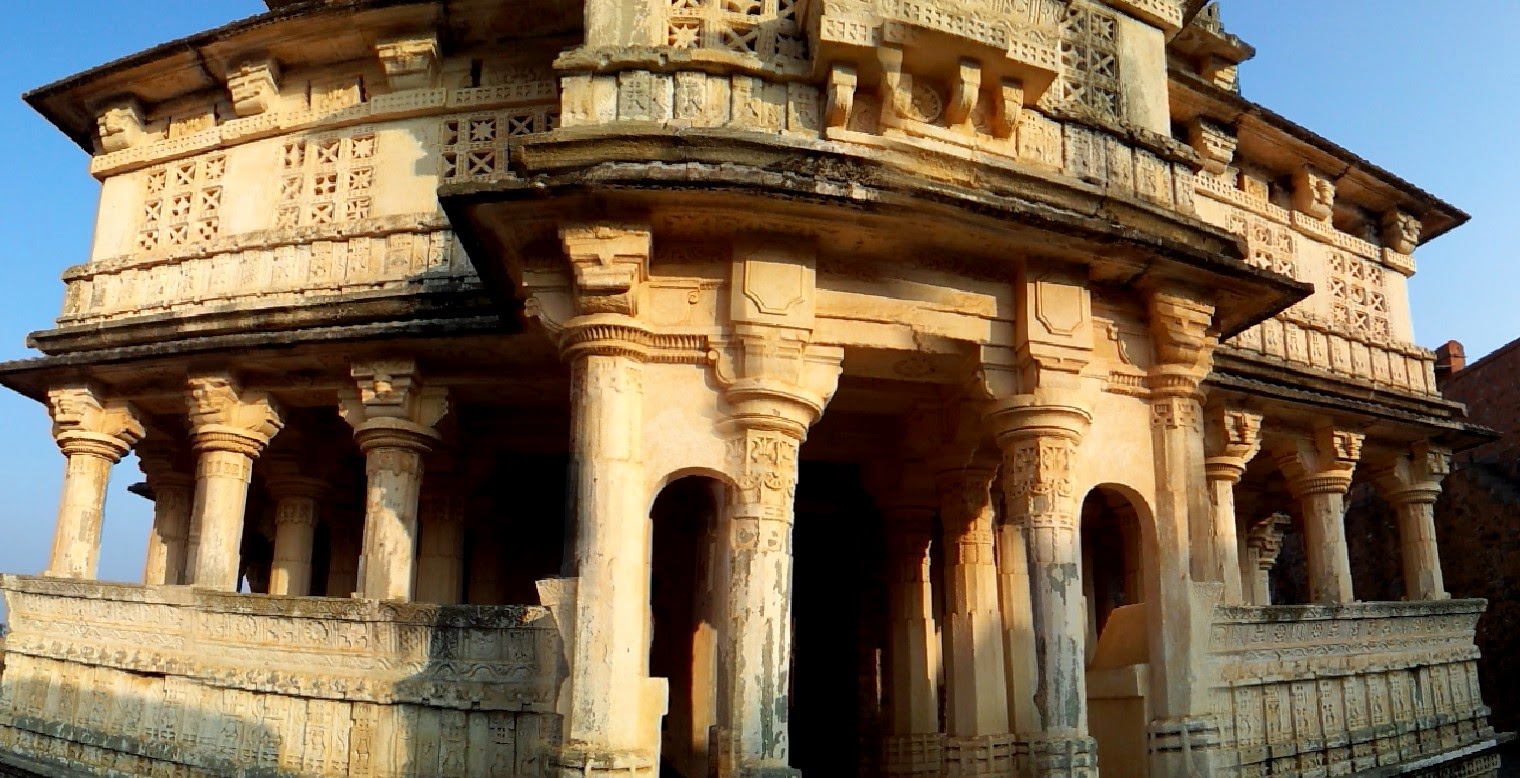 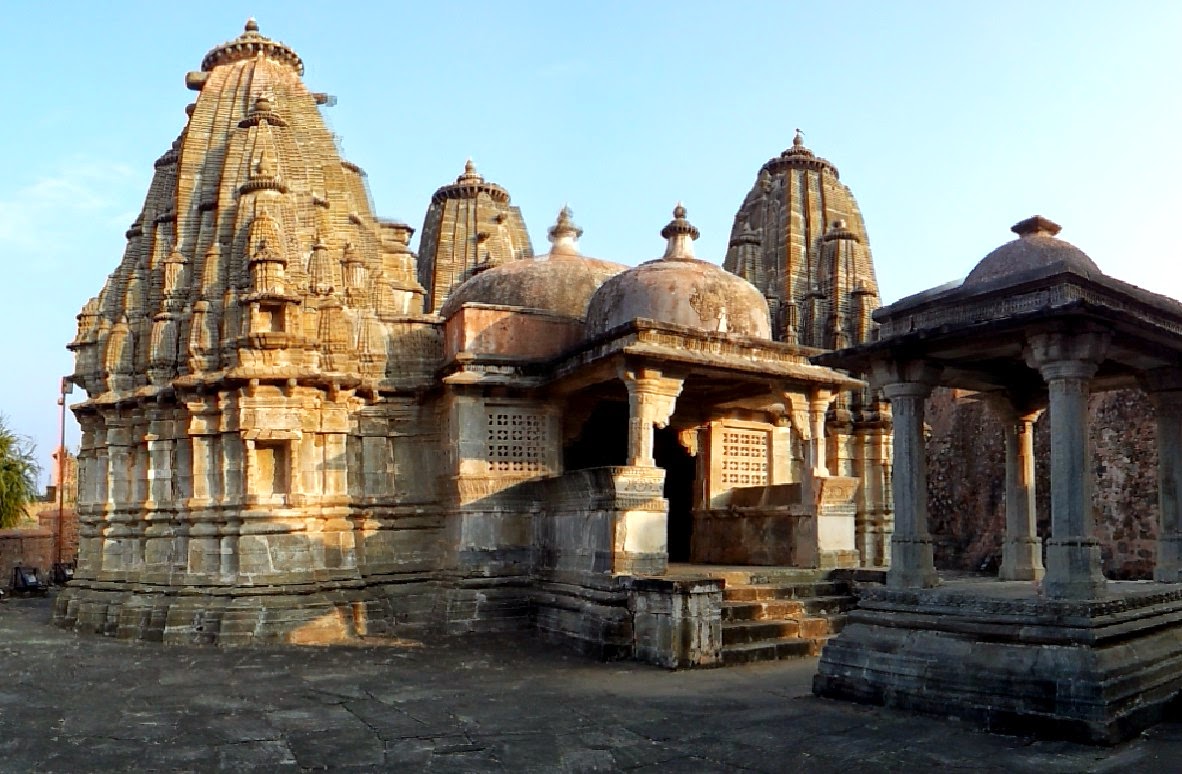 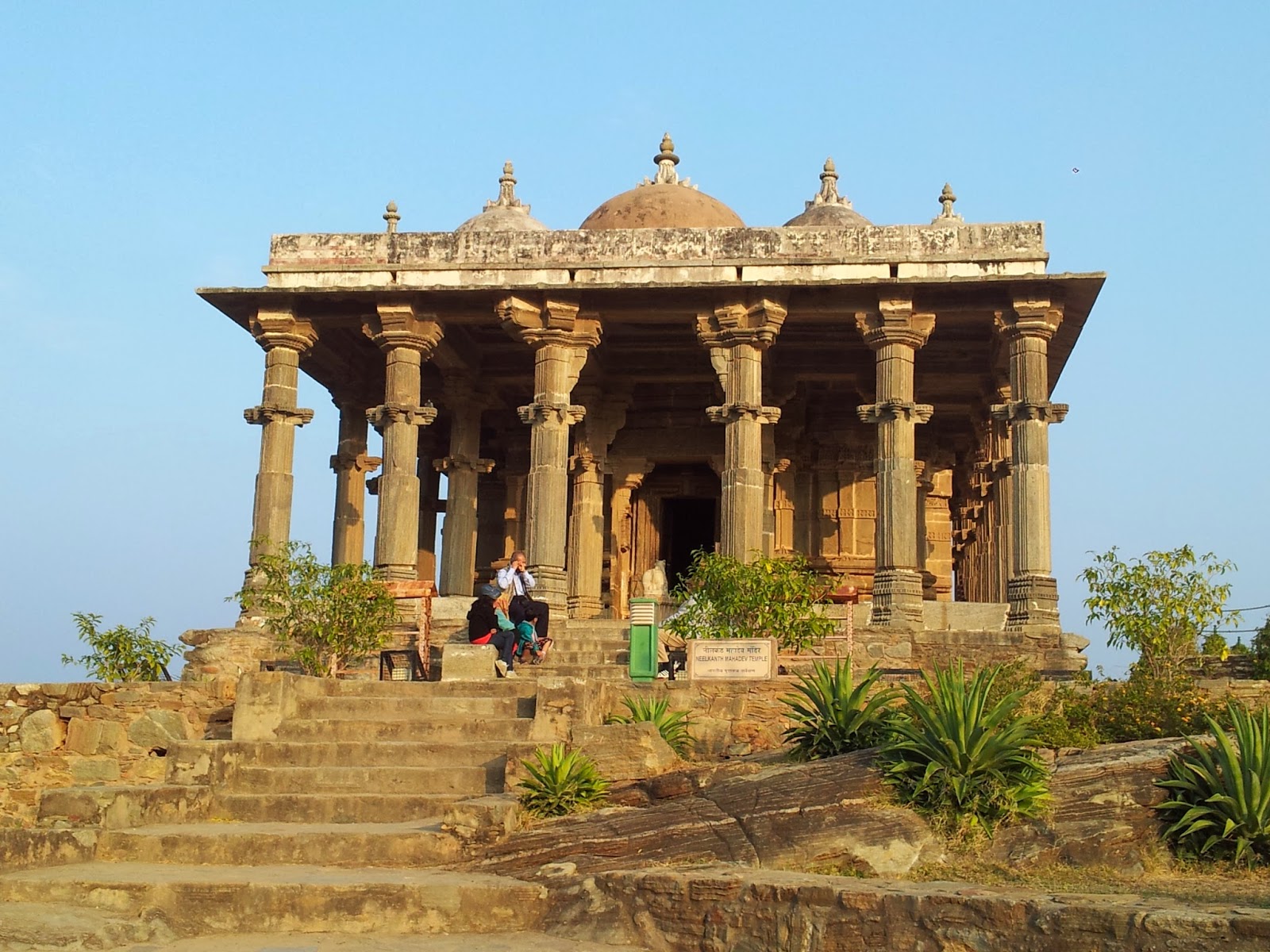 Neelkanth Mahadev (Shiva) temple
I was struck by how much this looks like a Greek Temple. Alexander the Great never conquered India but his armies did reach the borders of Rajasthan in 327BC.

Quote from Wikipedia :
According to Plutarch, at the time of Alexander's Battle of the Hydaspes River, the size of the Magadha's (he was a Indian King) army further east numbered 200,000 infantry, 80,000 cavalry, 8,000 chariots, and 6,000 war elephants, which was discouraging for Alexander's men and stayed their further progress into India:
--Plutarch, Parallel Lives, "Life of Alexander"

Exhausted and frightened by the prospect of facing another giant Indian army at the Ganges River, his army mutinied at the Hyphasis (modern Beas), refusing to march further East. Alexander, after the meeting with his officer Coenus, was convinced that it was better to return. 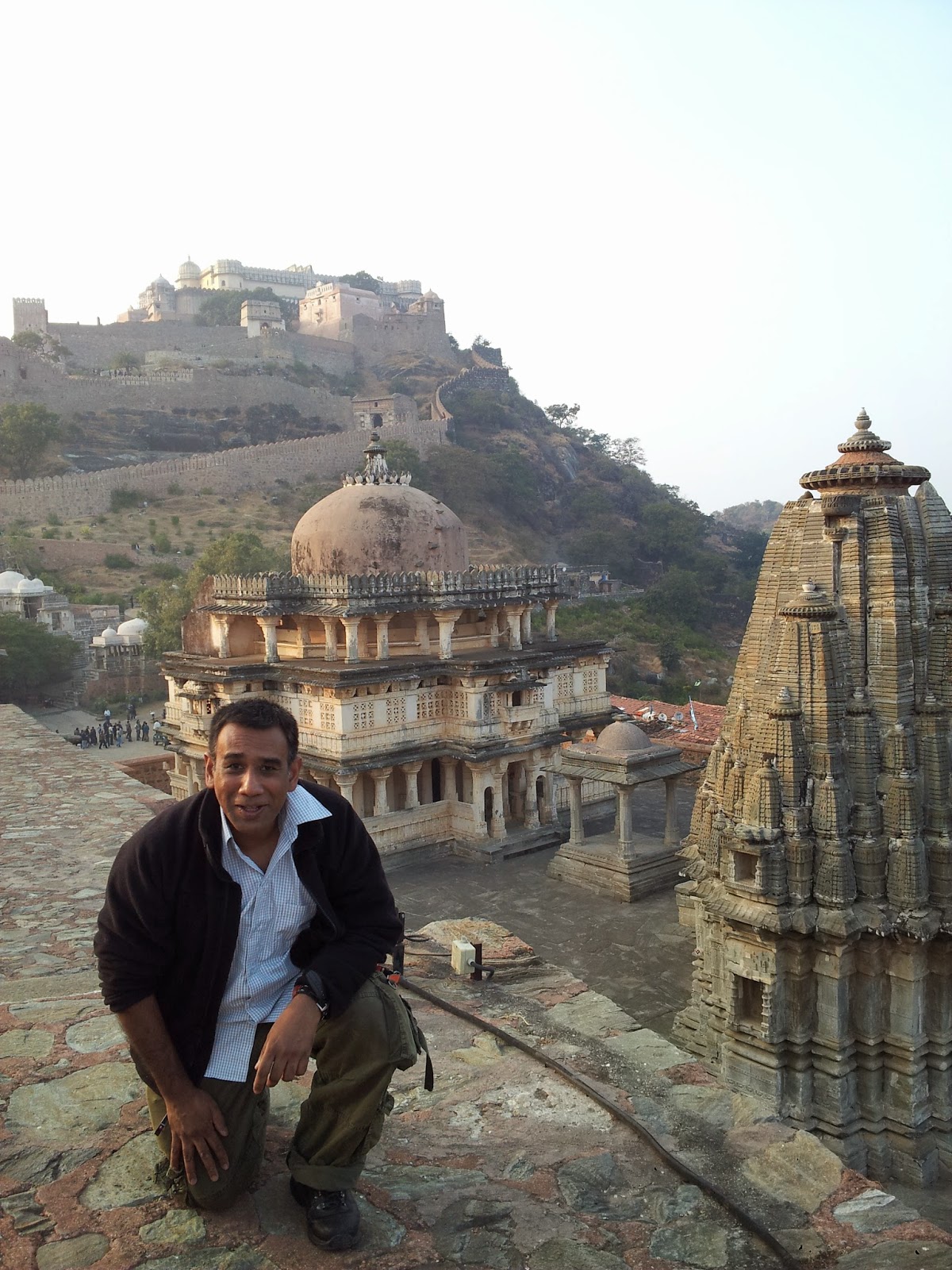