This is a Driscoll/Warren Burt inspired Eurorack module.

I am lucky to have the original Driscoll module on which this is based
so am keen to compare the two. 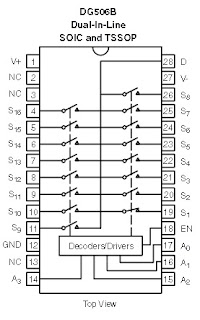 A multiplexer is a device that can select from several different input signals
and transmit either one or more output signals
The DG506B is a 16-channel single-ended analog multiplexer designed to
connect one of sixteen inputs to a common output as
determined by a 4-bit binary address (A0, A1, A2, A3). 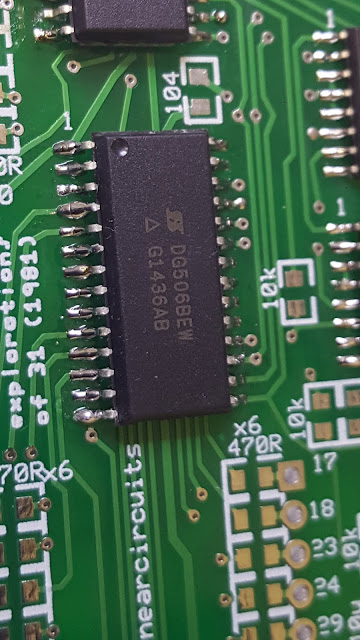 The CD4029 is a presettable up/down counter which counts in either binary or decade mode depending on the voltage level applied at binary/decade input. 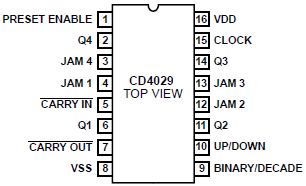 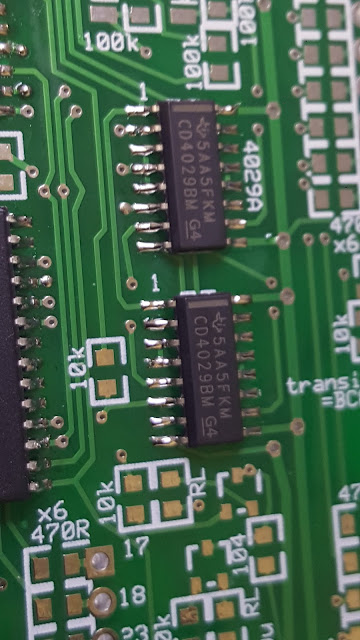 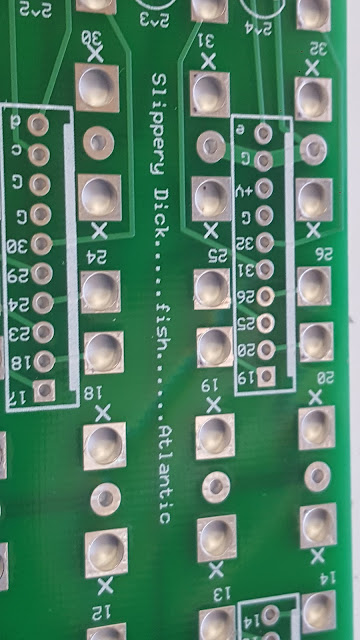 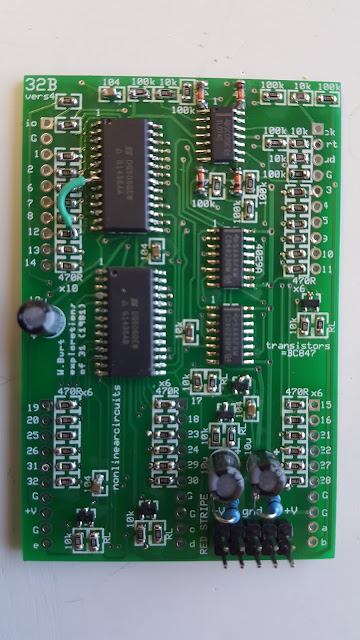 PCB 1.
I accidently removed a trace from thr PCB connecting to one of the multiplexers. Thus the addition of that green wire. 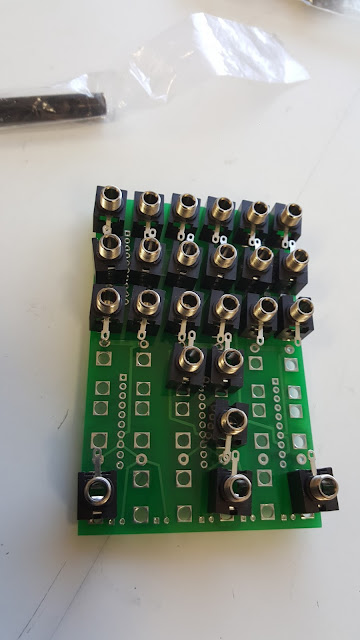 The second mistake I made was adding the jacks before putting on the headers. 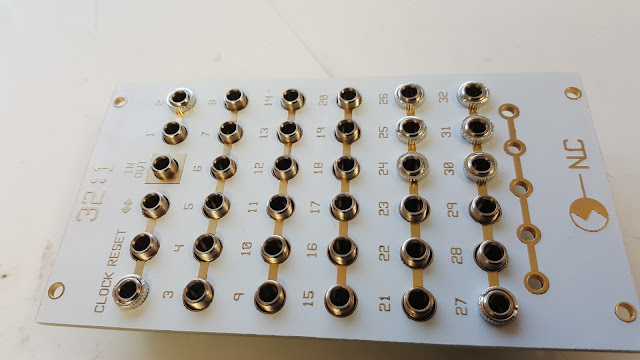 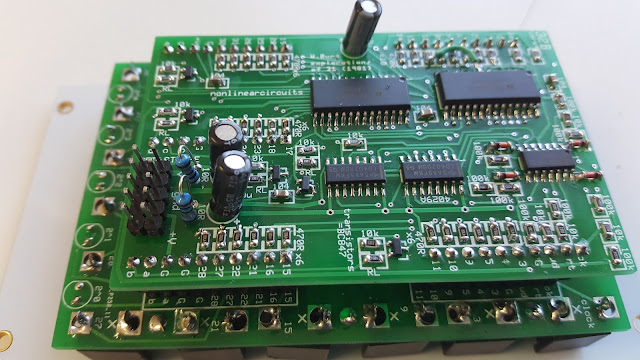 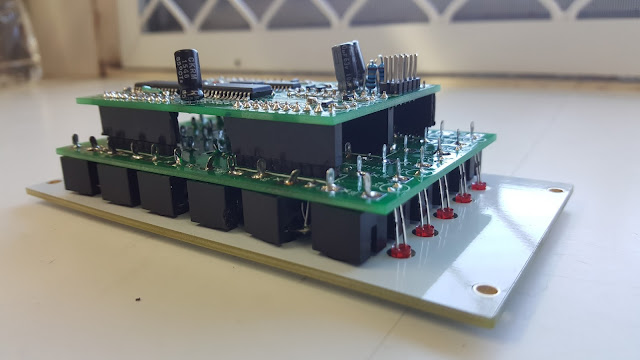 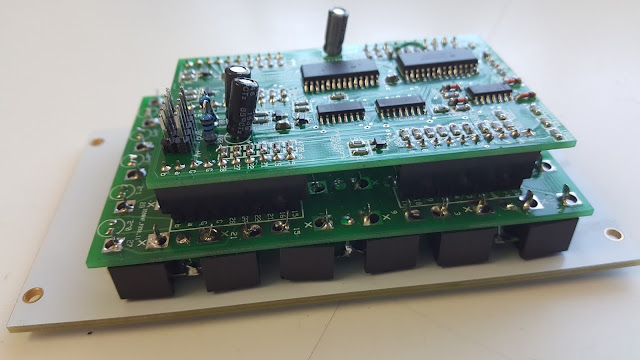 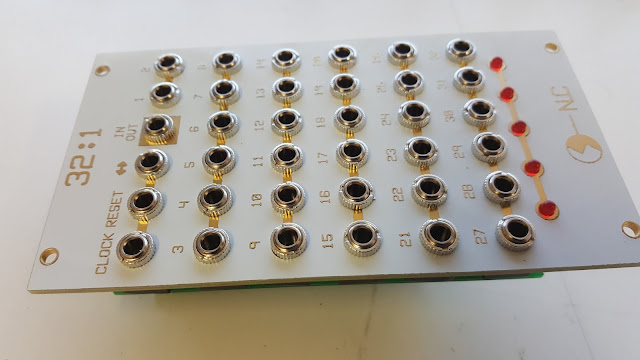 To convert decimal 32 to binary is easy as 32 is already in the table. 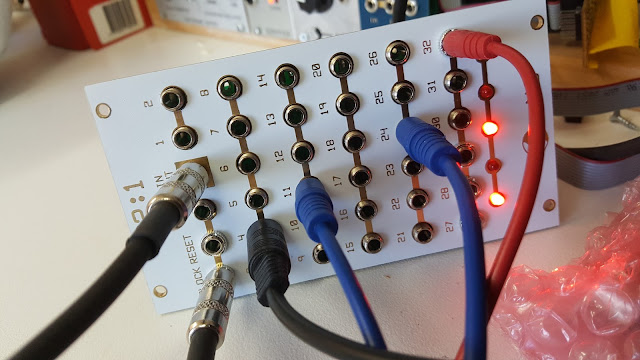 I just confirmed with Andrew F that the module does indeed count from 0-31.
"As the old joke goes : There are 10 kinds of people. Those who read binary, and those who don't"