This is a smaller version of a Nonlinearcircuit PSU I built earlier.
http://djjondent.blogspot.com.au/2017/02/power-supply-nlc-build-notes.html

I'm putting together this PSU for an old Serge modular but its actually for Eurorack.
The serge uses +12, -12, +6 and ground so I will have to add a 6V regulator to this later. 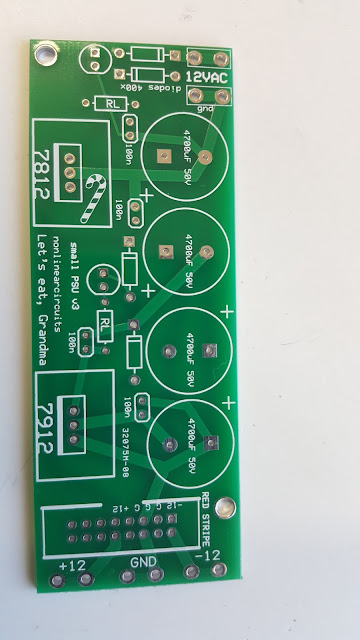 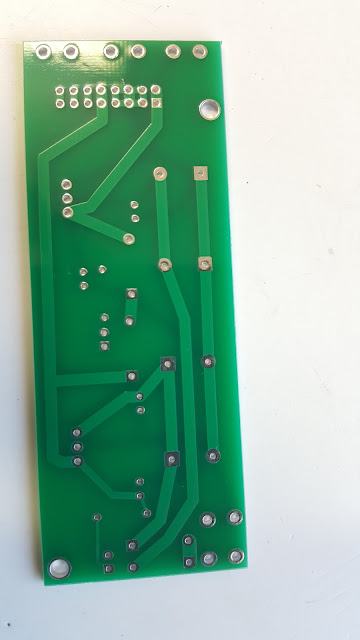 The PCB receives 12VAC from a plugpack/ wallwart
. The 1N4004 diodes split this into positive and negative waveforms. 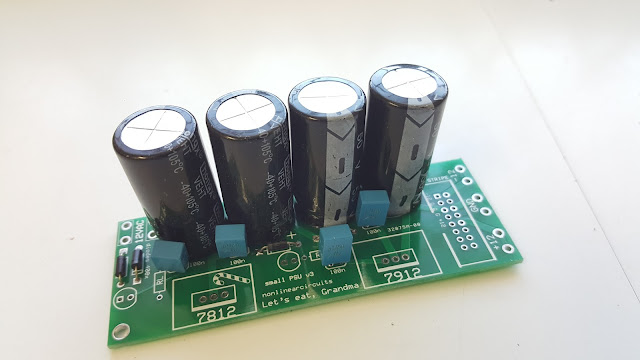 The 4700uF capacitors then smooth out these waves
. The 7812 and 7912 regulators then convert the rectified & smoothed
signals to +12V DC and -12V DC and these are fed to the connectors to be distributed to your lovely modules.
I'm using 250v TDK film caps for the four small 100nf caps 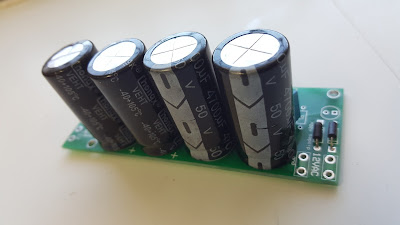 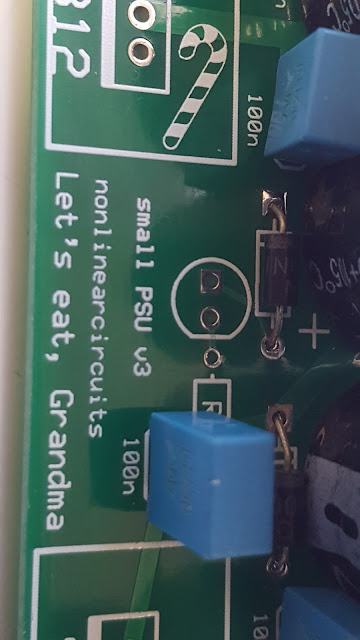 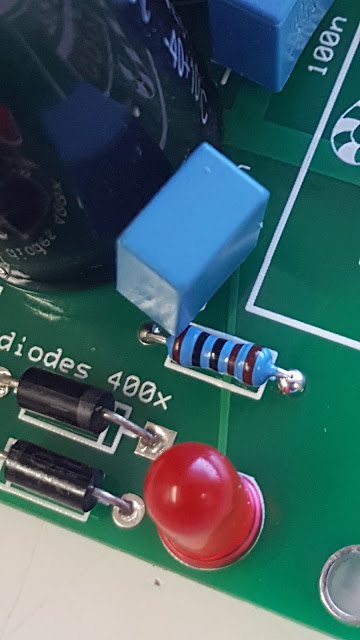 I decided to use 1K resistors for the LEDs 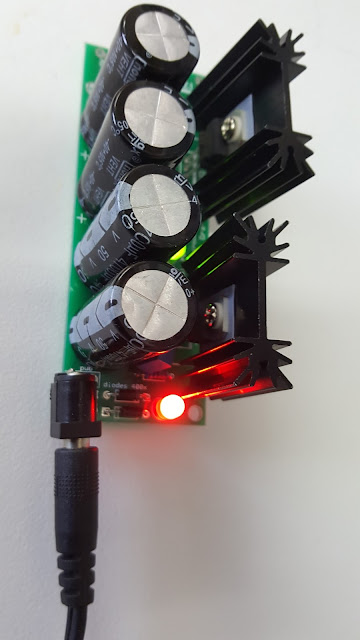 Some pics of the additional 6V regulator circuit. 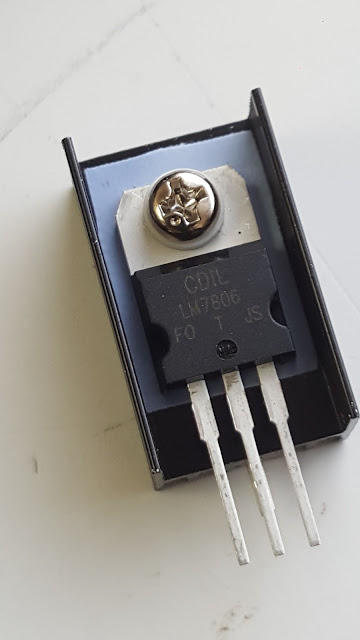 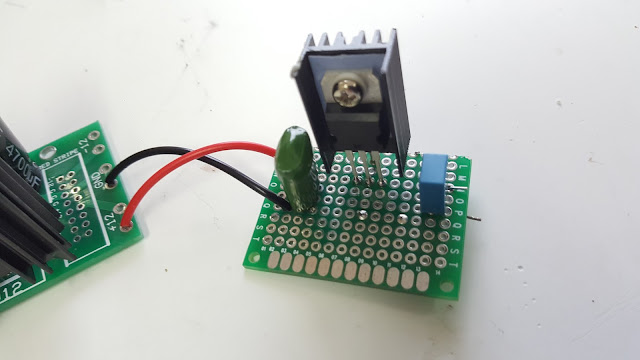 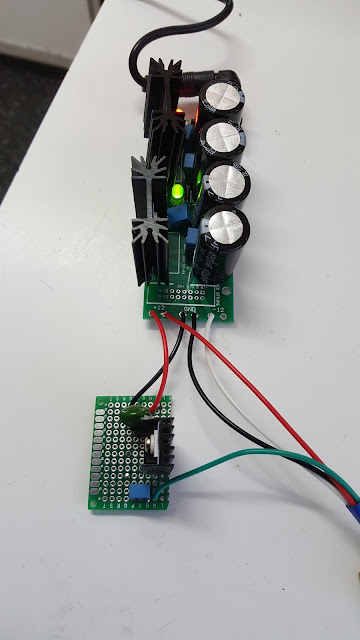 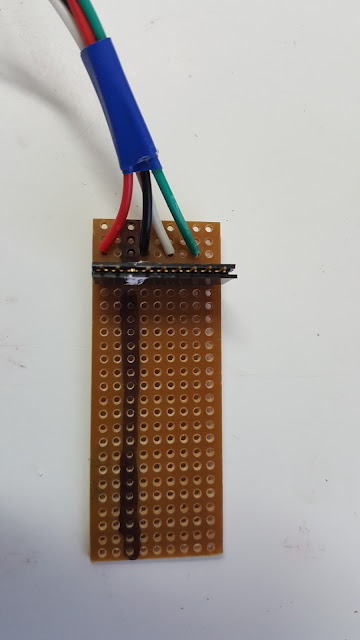 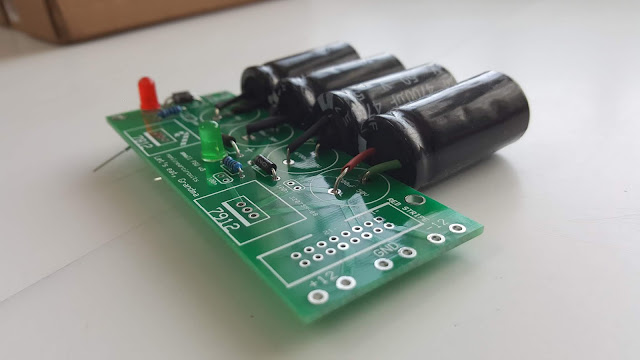 tRYING TO keep everything as flat as possible. 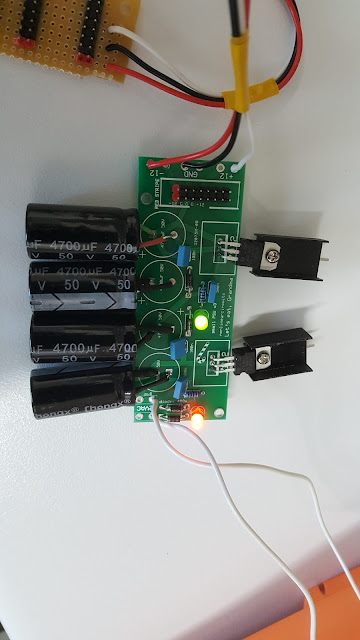 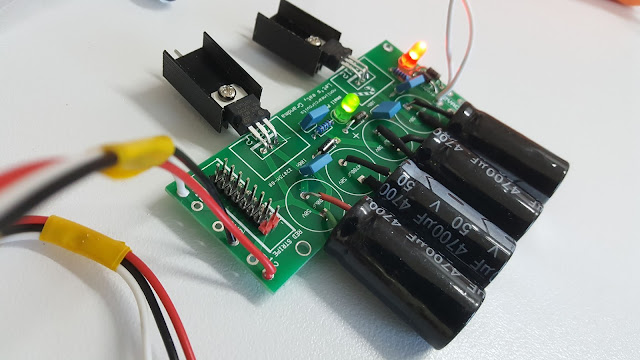