This vintage Sherman Chaos Bank is part of the David Morley Serge, currently being restored by Ken Stone. Ken describes it as " basically a random pulse and pitch generator".

I understand that the Chaos Bank was originally designed by Herman Gillis - the man behind the Belgium firm, Sherman (famous for the Sherman filterbank).

This is a very early example of a Chaos bank... extremely interesting  from a historical perspective.
It seems that Herman later built 9 Chaosbanks (if any one has more info regarding this please email me so I can correct any errors or omissions).

Prior to restoring the panel these are some of the sounds Ken managed to coax out of it:

The panel layout is unusual especially as much of it was unused.

These +40 year circuits --- are they a short circuit waiting to happen ???

It was decided to create a new paper panel (without replacing the existing paper), rejack, re-arrange as needed, and  finally put that mixer PCB to good use.
The problems with this approach are of course
a) it will change how it looks
b) modern jacks & knobs would have to be used (I would like to keep the components
as original as possible).

Regarding the paper panel. Here are a couple of ideas Ken & I considered: 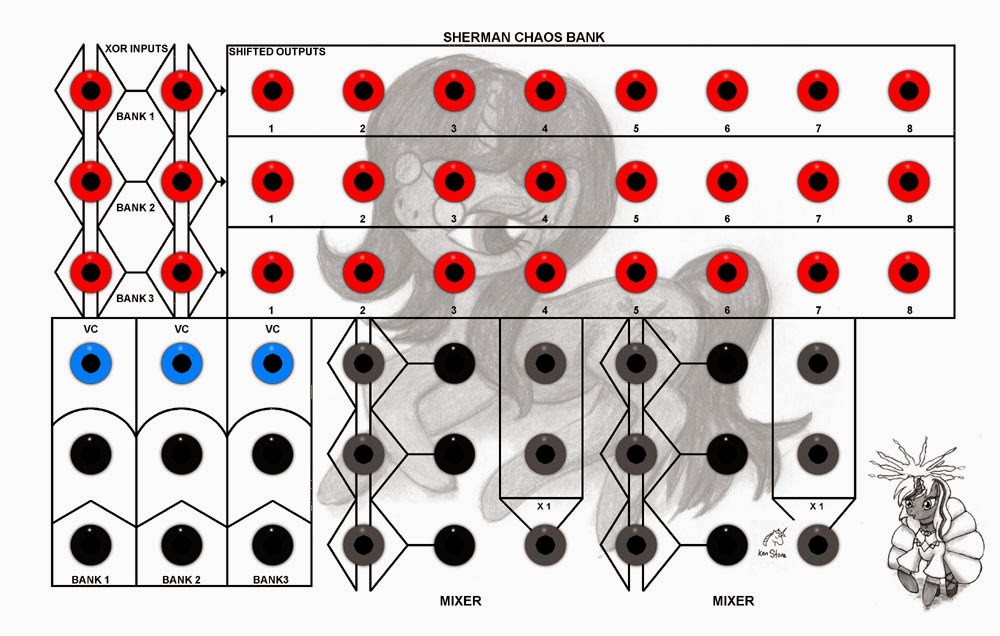 It was decided to add 2 three-knob mixers to the lower half of the panel. These are to be hard wired to random outputs from the chaos banks. They should allow the creation of some interesting CVs. 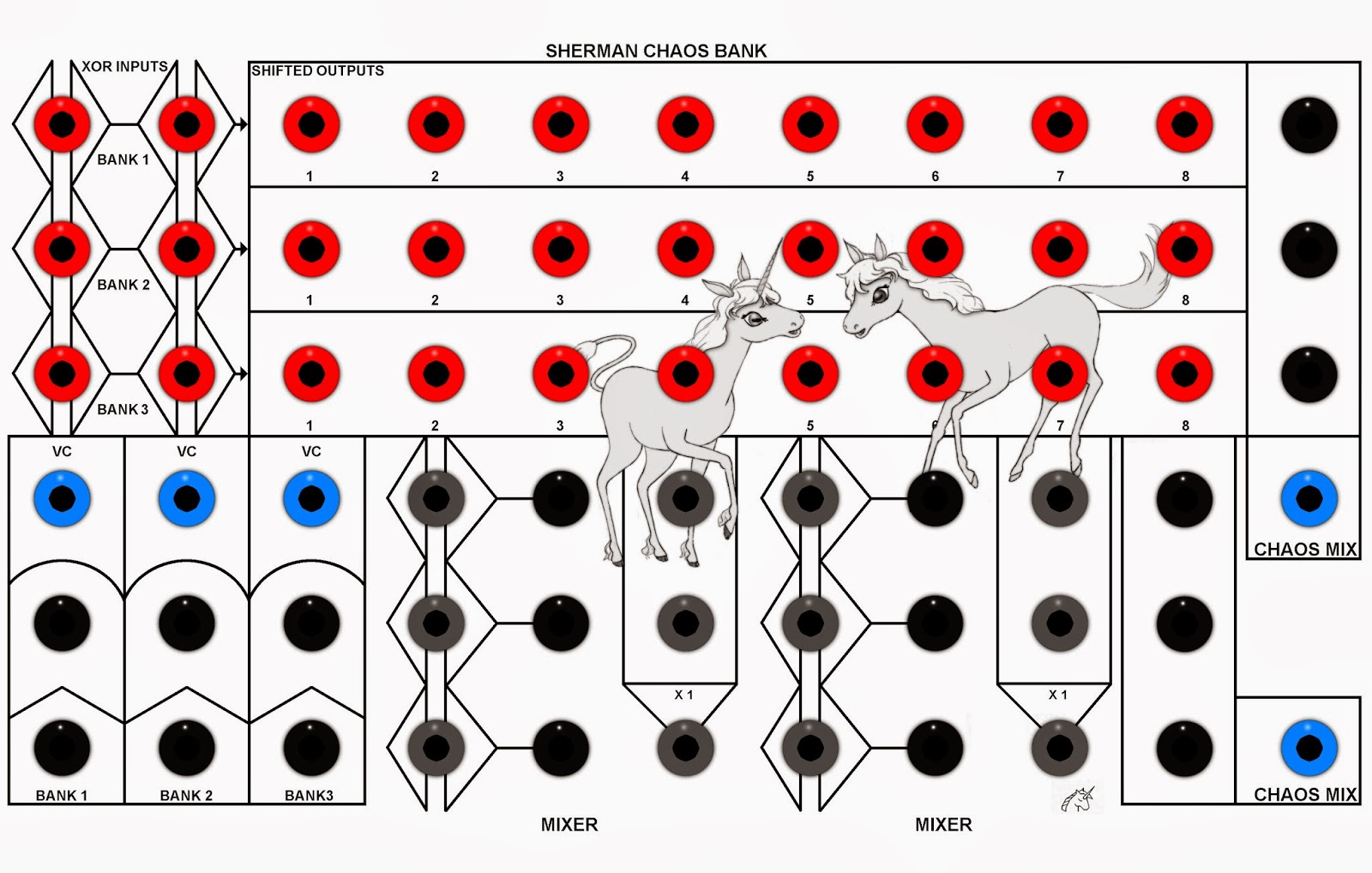 Below is an initial test video: