The Morley Serge has two early reverb and one phaser PCB. 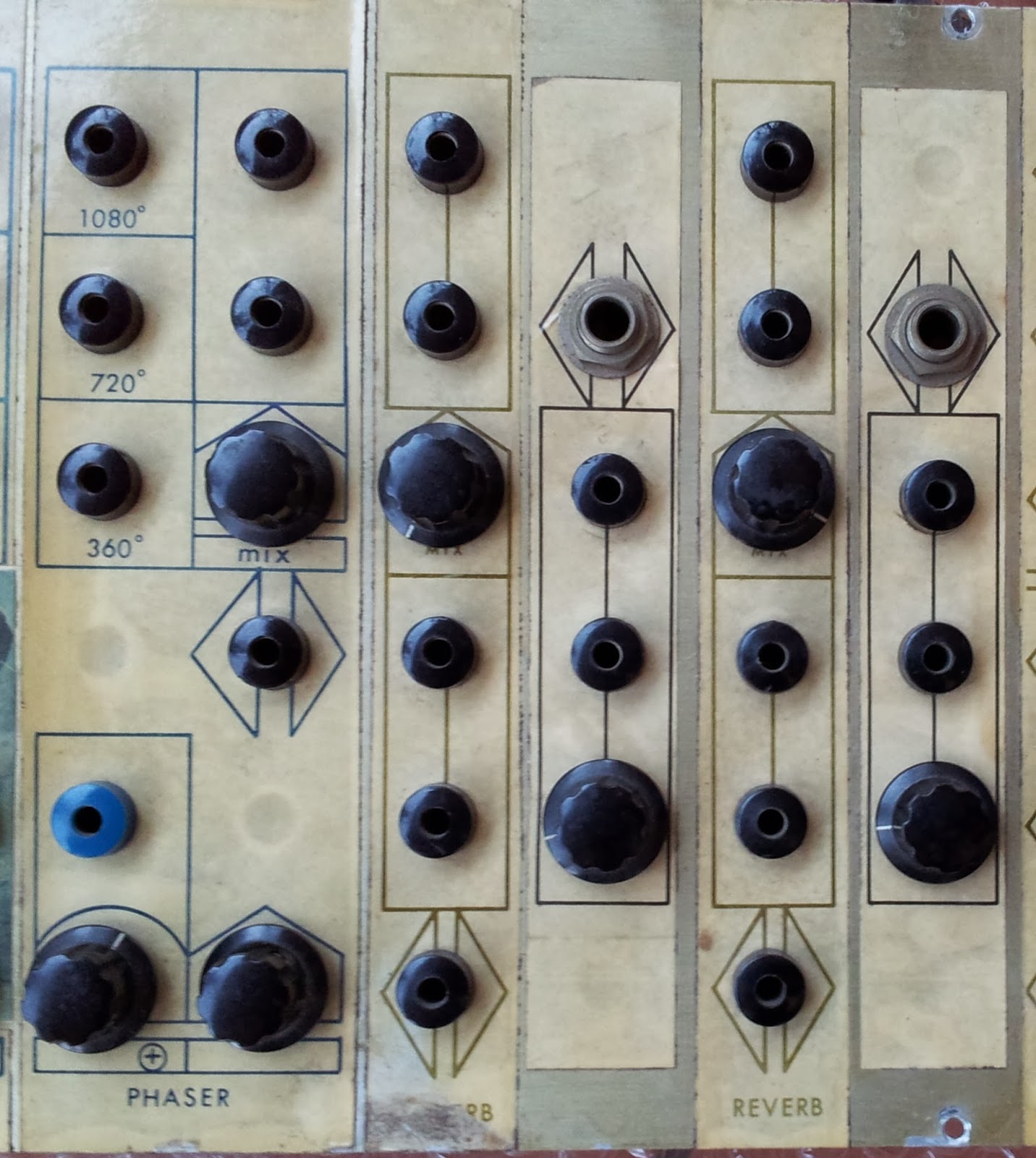 The VC Phaser has three separate outputs : 1080 degree, 720 degree, and 360 degree of voltage controllable phase shift.
Here is the Phaser data sheet from the 70's
Ken Stone has a great explanation of this circuit here:
Serge Phaser

The Reverb uses 2 spring tanks mounted together in the upper right compartment.
These were originally found to be magnetically cross-talking as each tank's pickup was too close to the other's drive coil.
Here is the Reverb data sheet from the 70's 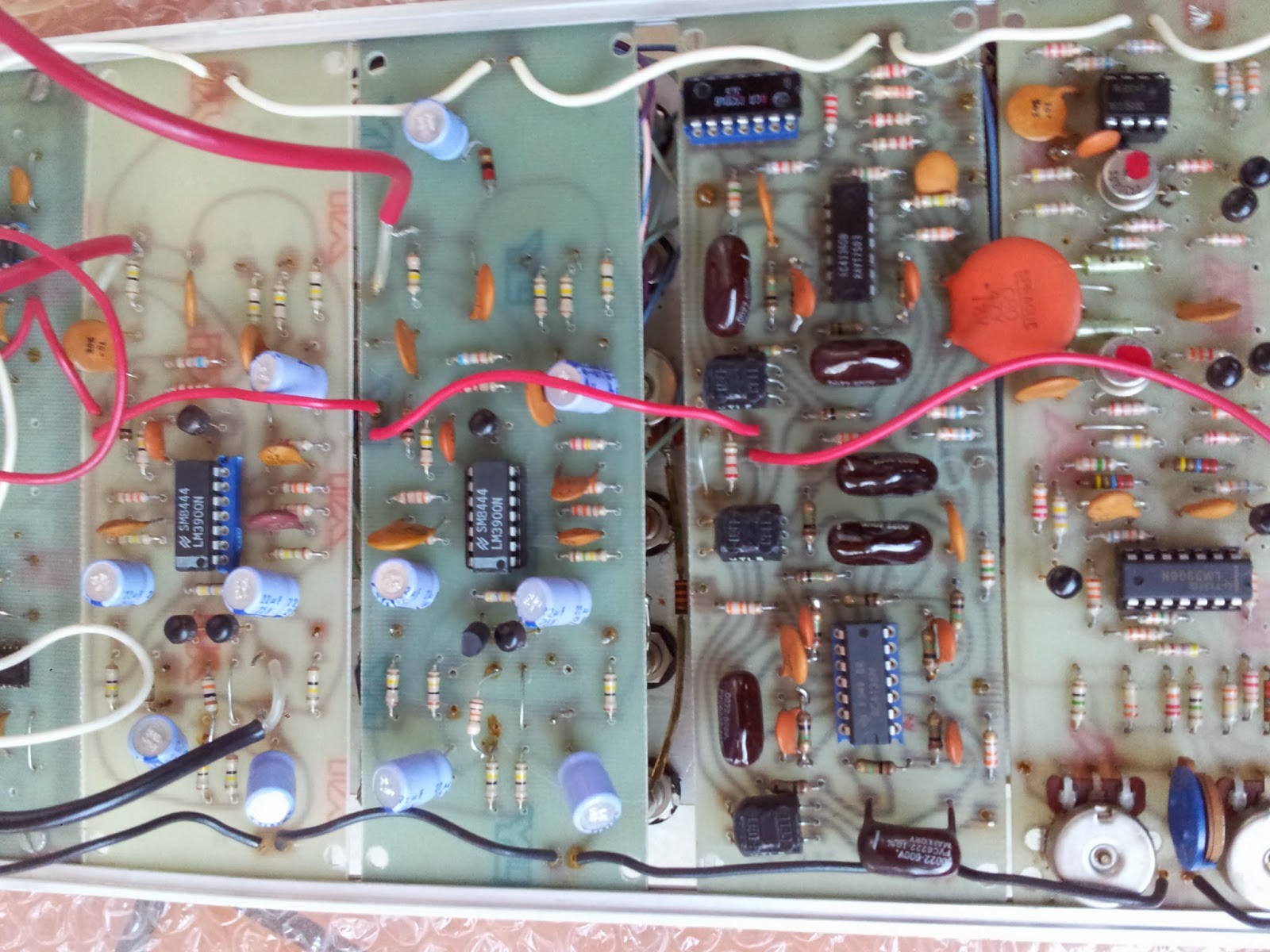 "VCO to mixer.
Phaser out to mixer.
Mixer to reverb.
Reverb to phaser in.
Phaser modulated by second VCO".
Posted by Jondent at 16:08