The Frida Kahlo Museum (in Spanish it's called the Museo Frida Kahlo) is one of the must sees when you visit Mexico city. It is also known as the Blue House (La Casa Azul) after its cobalt-blue walls. You can find it in the Colonia del Carmen neighborhood of Coyoacán in Mexico City. 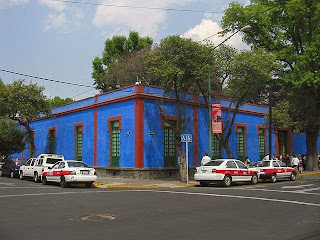 It's a moving tribute to Freda. She was born (1907) & died here.The home is today a museum dedicated her art (& tragic) life. She spent the last 13 years of her life there. 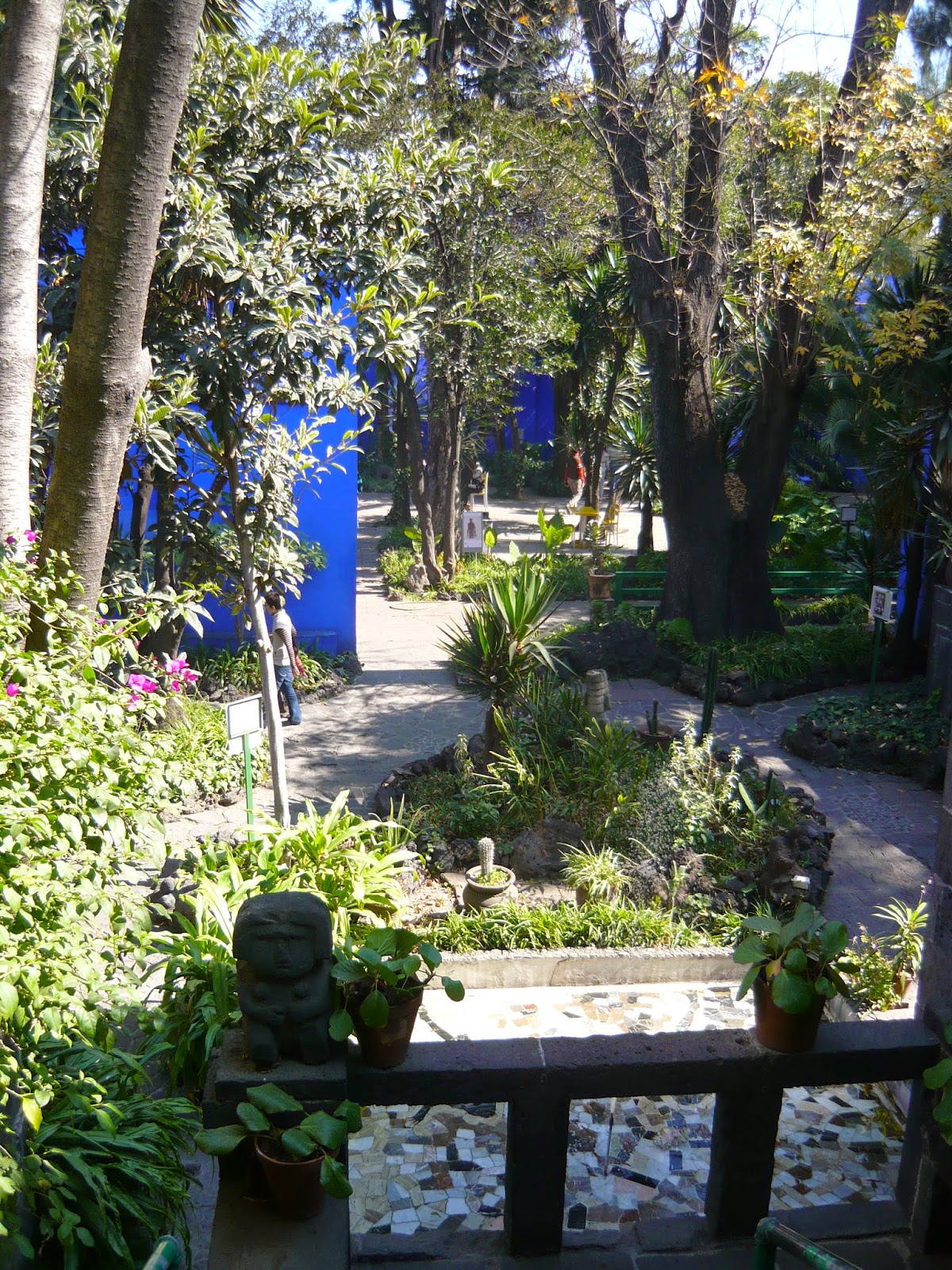 The house is built around a central courtyard with garden space in a French-style.
It gives a good glimpse of how wealthy Mexican bohemian artists and intellectuals lived during the first half of the 20th century. 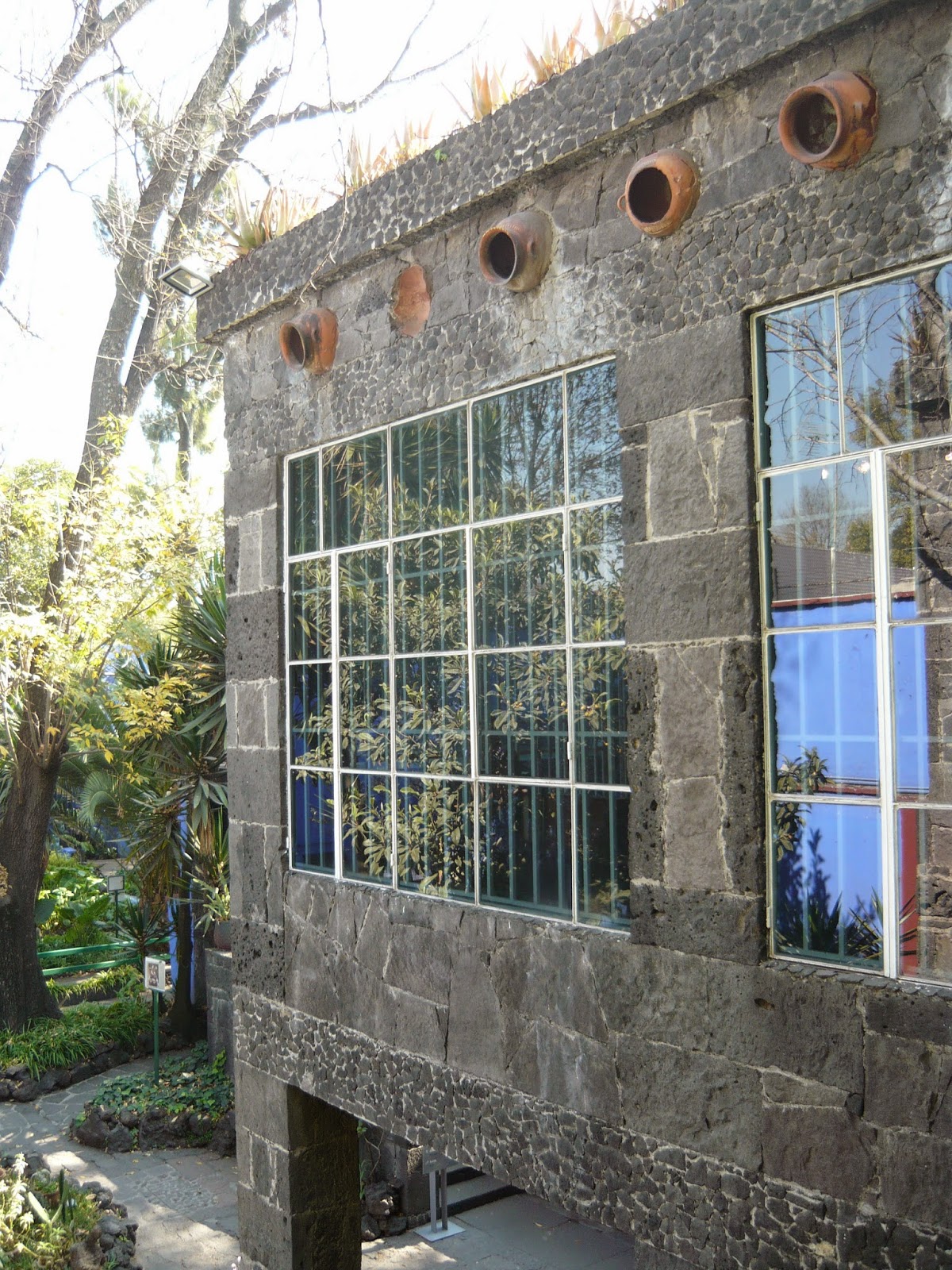 Freda spent much of her childhood here and this is where she developed her sense of social consciousness. Her connections to the communist party are well documented. During the Mexican Revolution, her mother would open the windows of this house in order to donate supplies to the Zapata army. 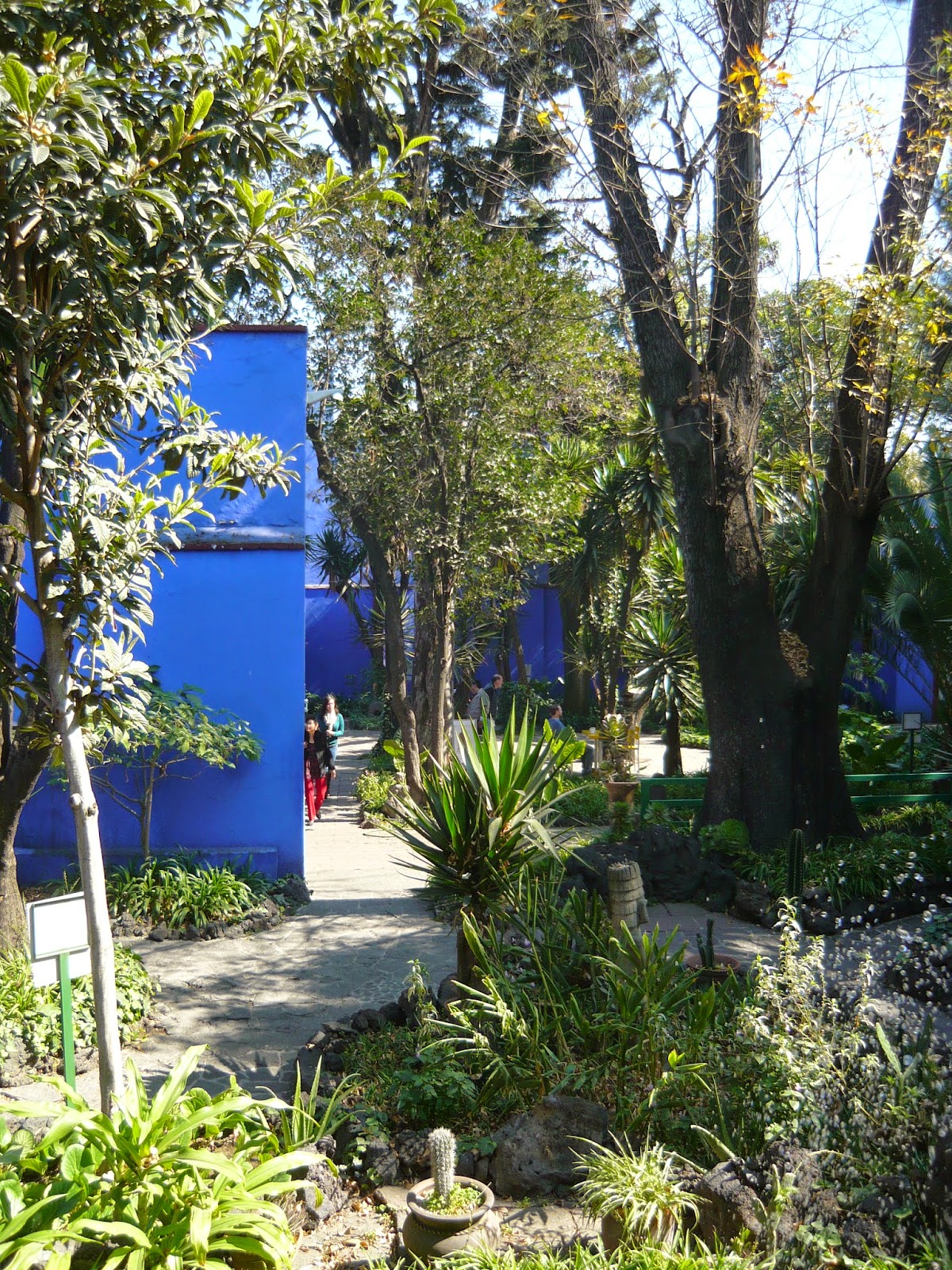 In 1918 she was struck with polio. This left her with one leg shorter than the other. And when she was 18 a tram accident almost killed her. She spent over 2 years in hospital and never totally recovered. This was a very painful period in her life, full of casts and orthopedic devices. It was however a blessing in disguise as in order to pass the time & communicate her anguish & pain she began to paint. 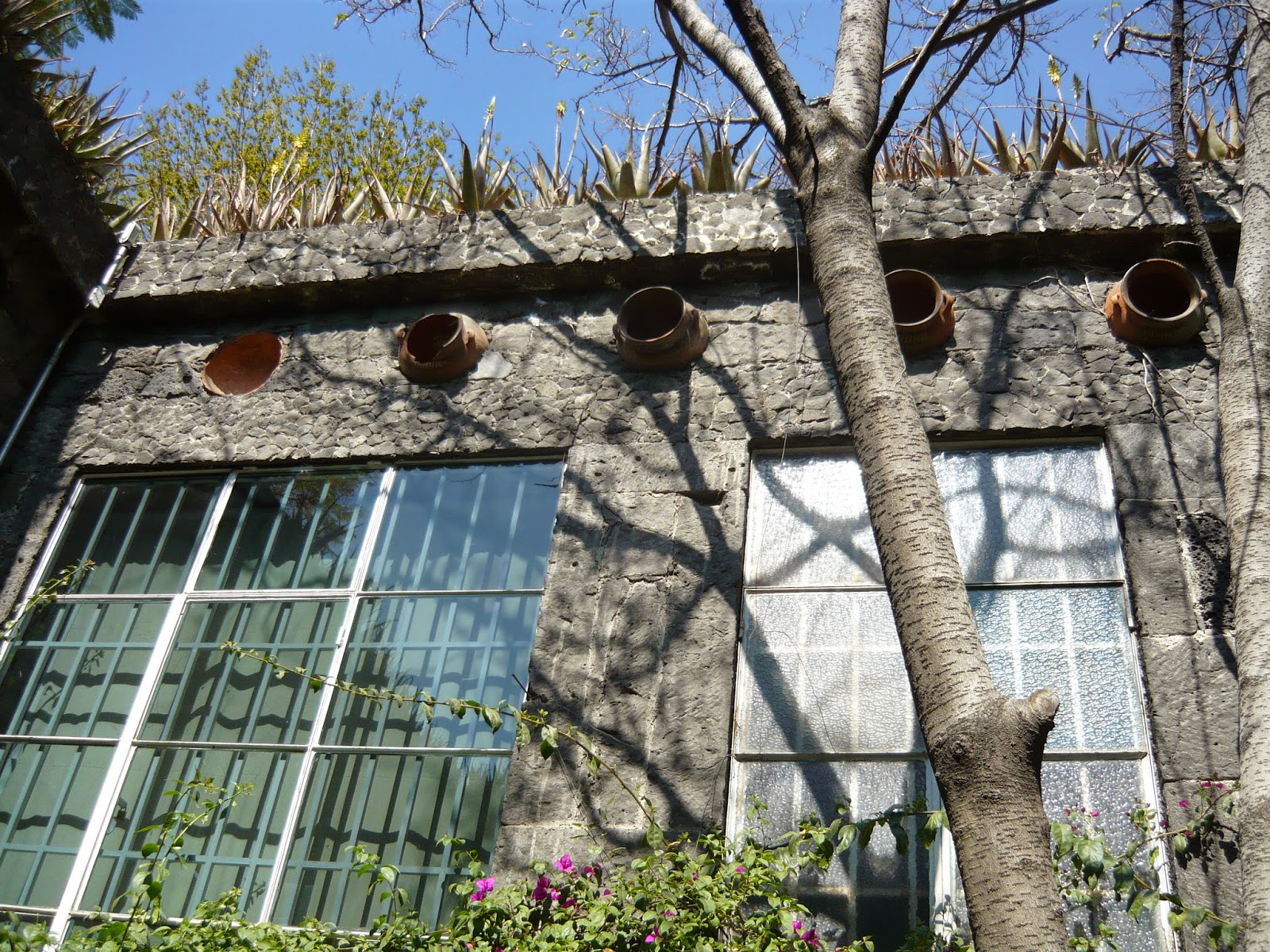 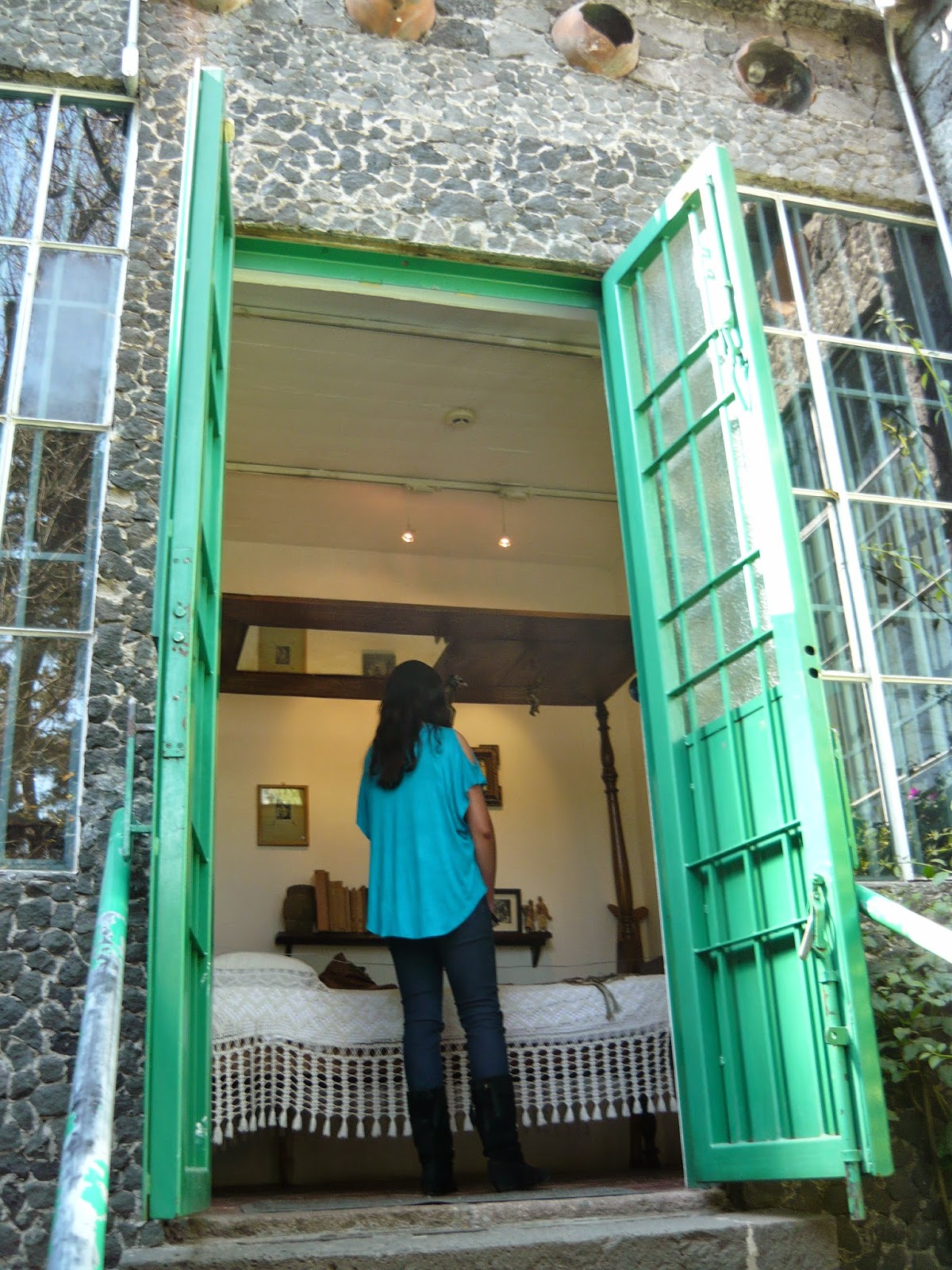 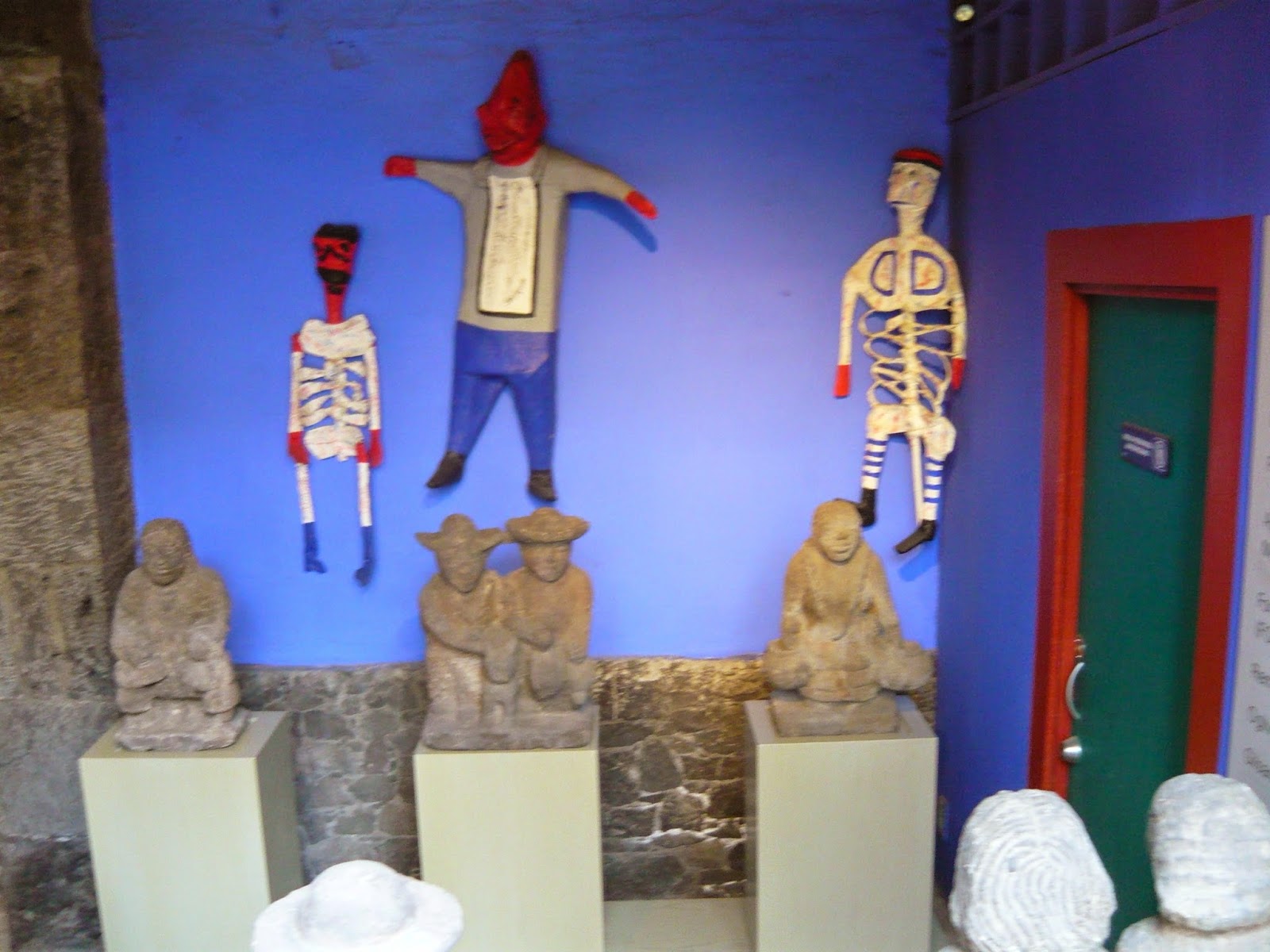 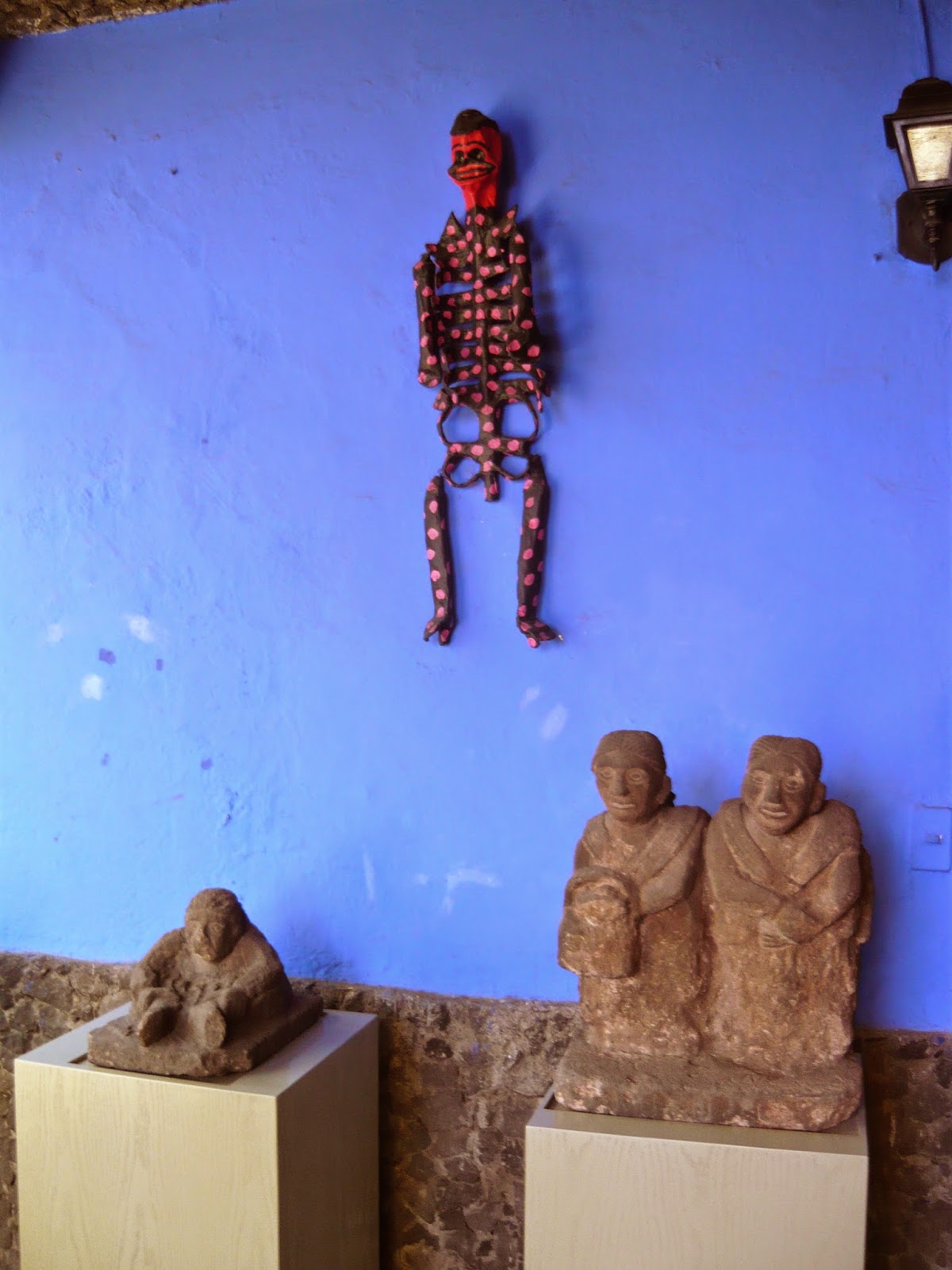 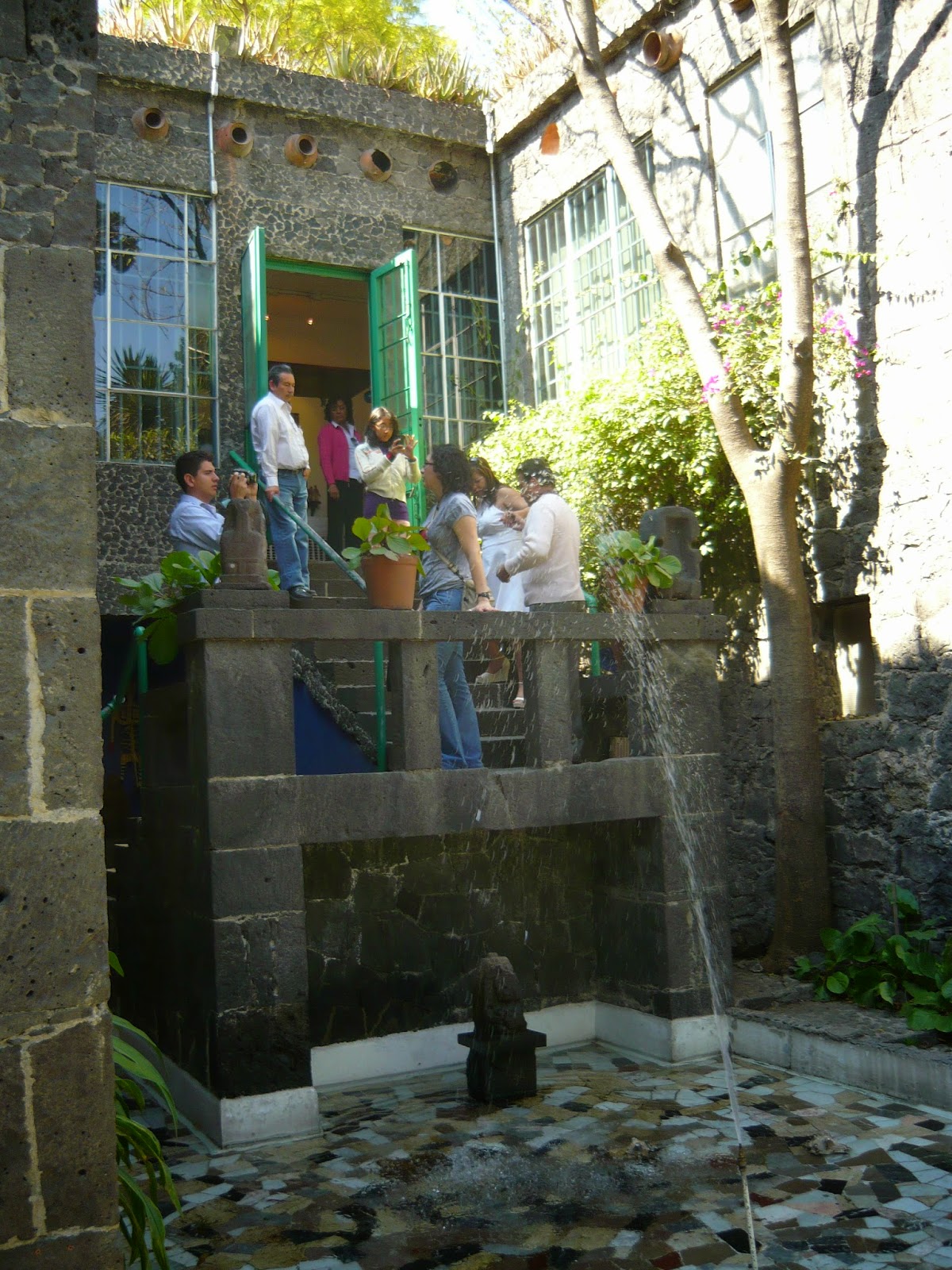 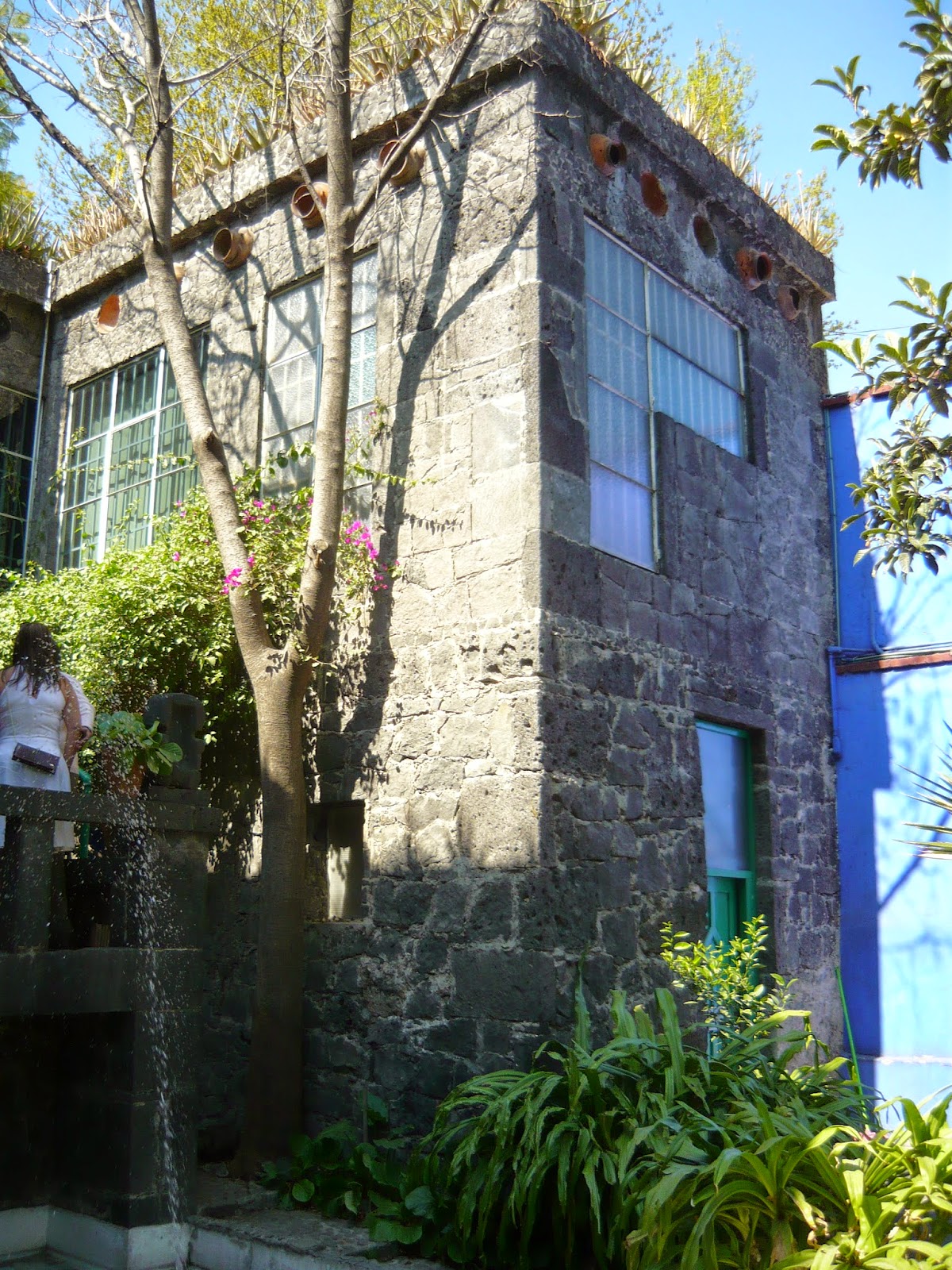 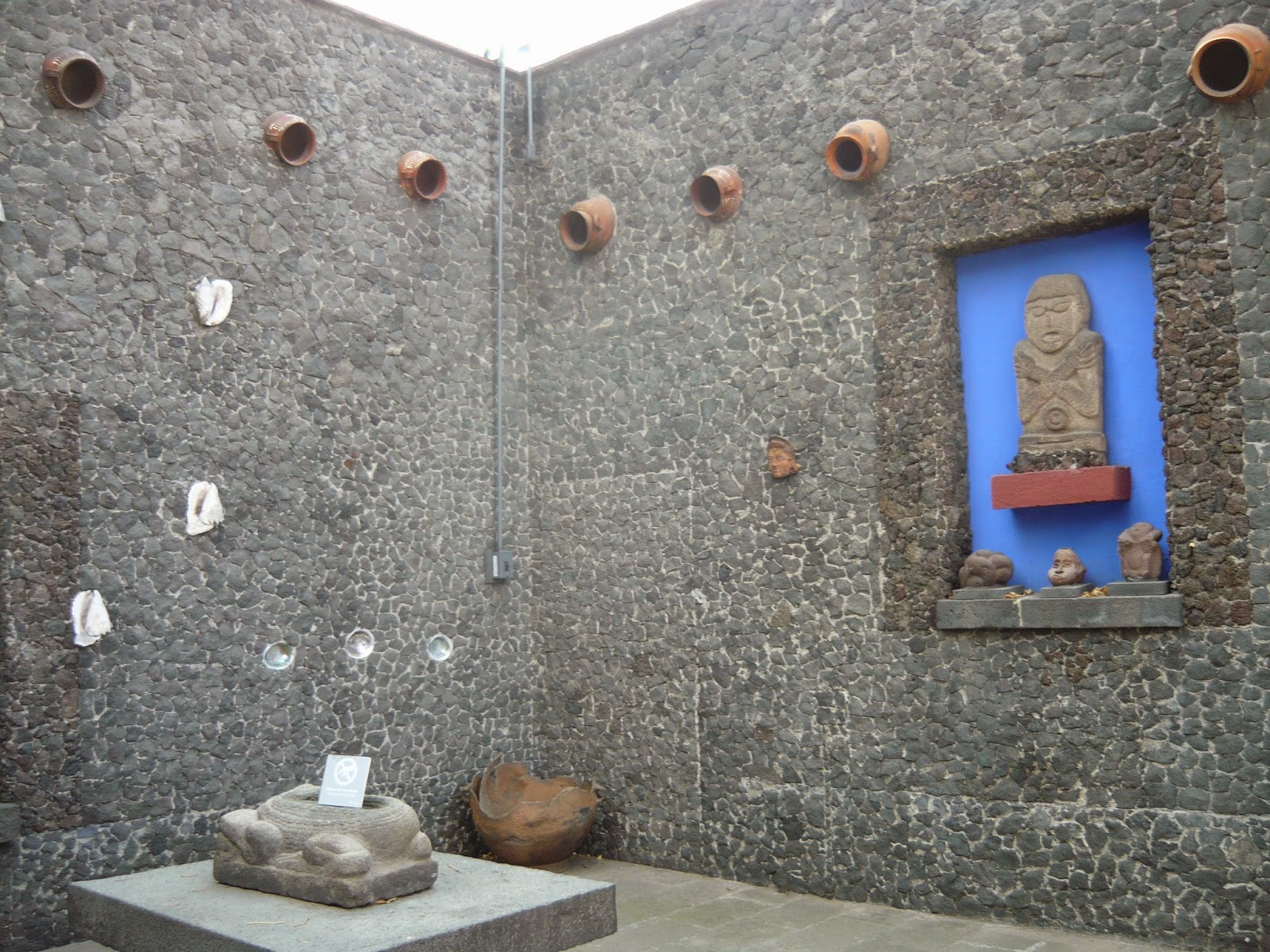 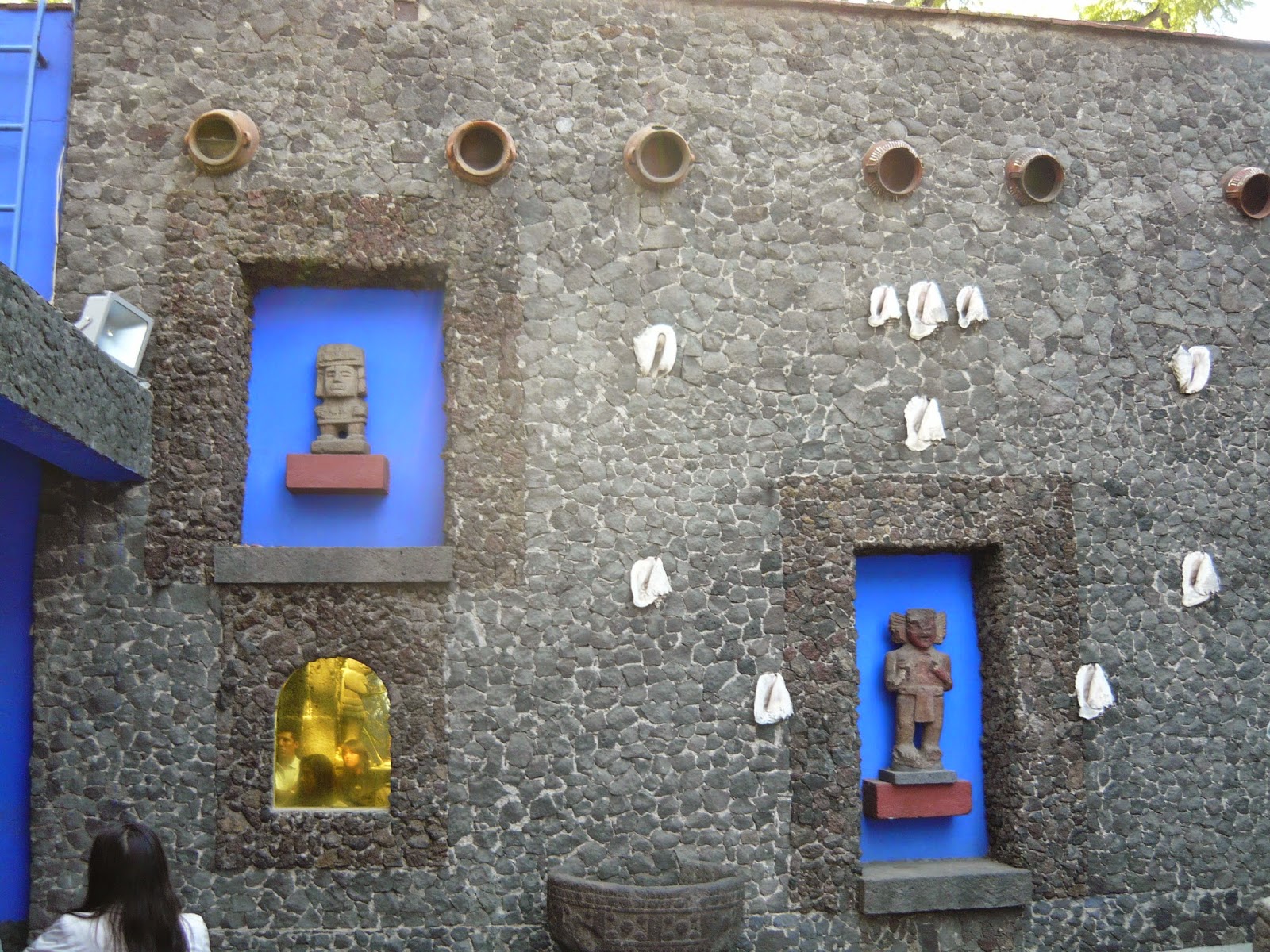 This wing was added on by Diego Rivera (volcanic stone and shells). 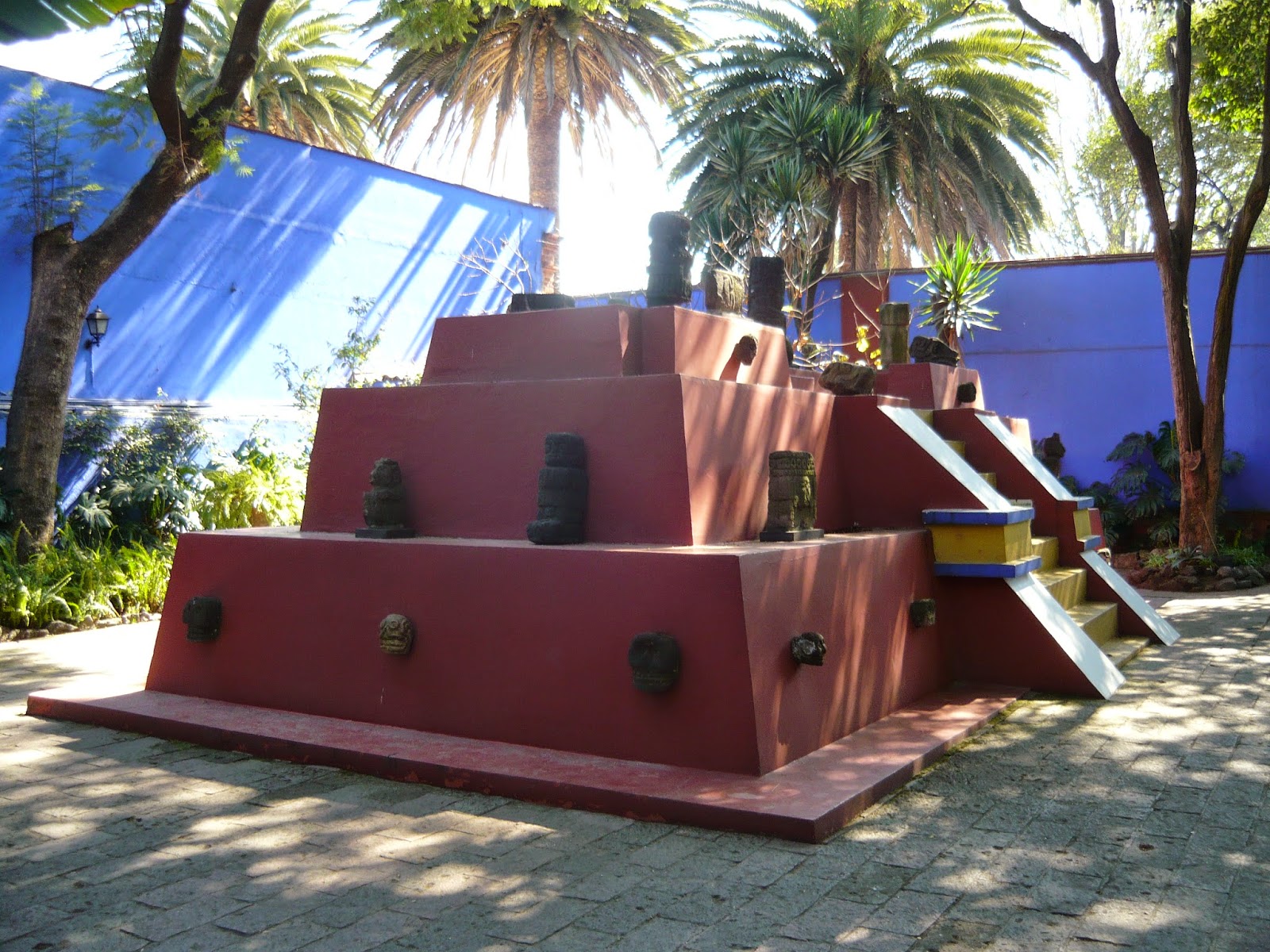