It's part of a series of three interconnected valleys (San Luis, Santa Rosa, and Meyer ) about 12 kilometres (7.5 miles) outside of Trinidad, Cuba. Sugar was the most important industry in Cuba from the late 18th century until the late 19th century. 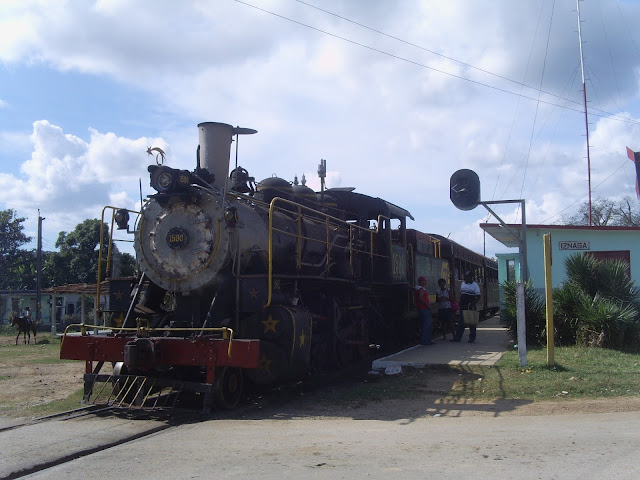 At it's peak there were over 30,000 slaves working on these plantations.

"To prevent the sugar from spoiling, rapid transport was necessary, and to this end a special railway line was laid down through the valley in the late 1880s, connecting the Valle de los Ingenios with Trinidad and the port at Casilda, 6 km (4 mi) from Trinidad, on the coast." (Wikipedia). 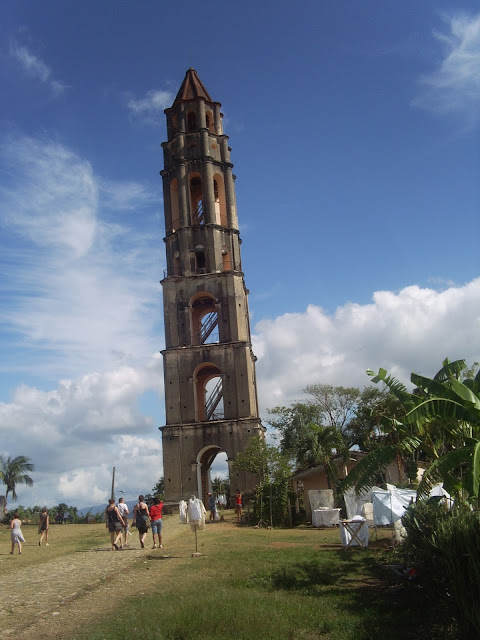 The "Iznaga Tower" was built in 1816 by the estate owner, Alejo Maria Iznaga y Borrell.
It's in a rather poor state, but we still managed to make the climb up to the top. 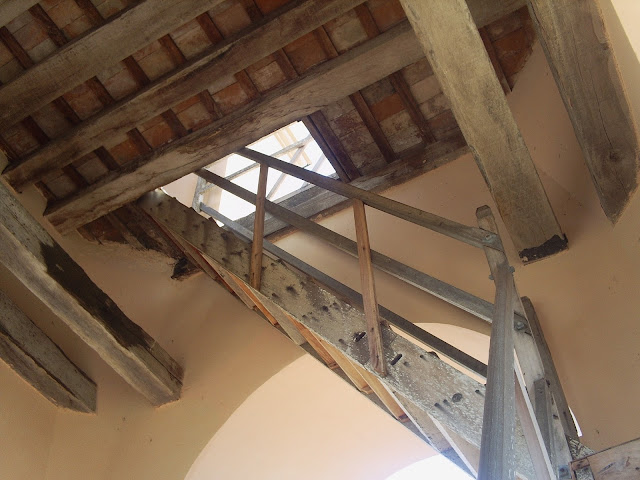 These wooden stairs are 199 years old. 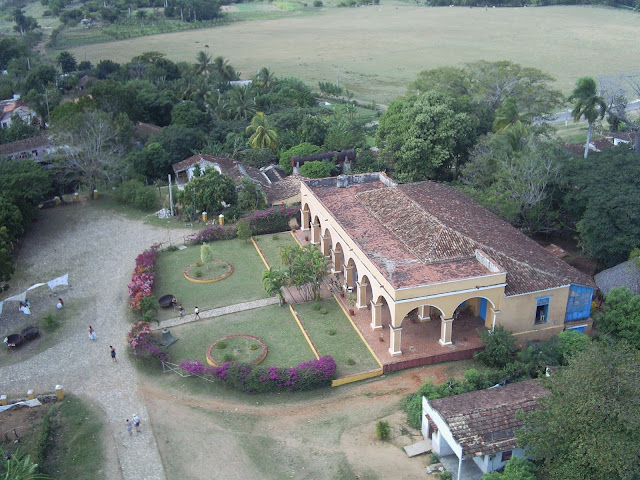 A view of the homestead from the tower's summit. 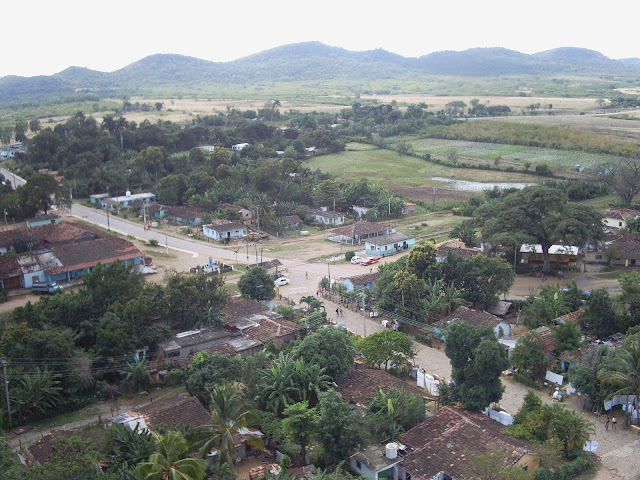 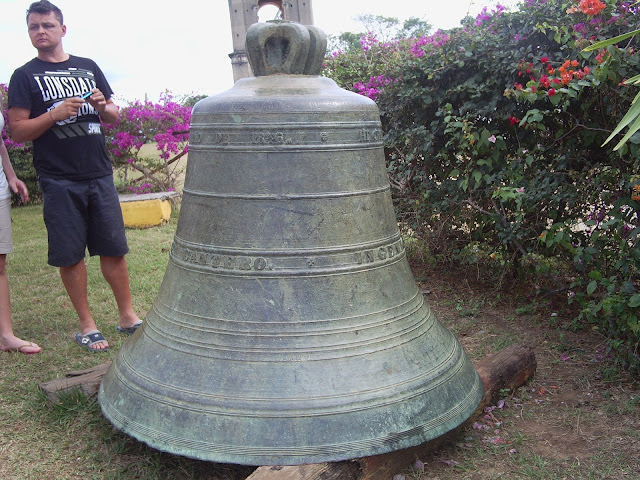 This bell used to be hung at the top of the tower. It was rung at the start & the end of the work day as well as the times for prayers or when the slaves escaped. It must have been a desperate existence for the slaves. I can't possibly imagine the suffering they must have endured. 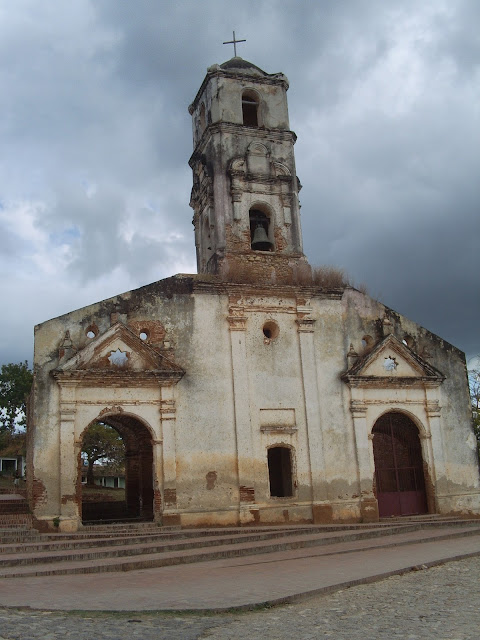 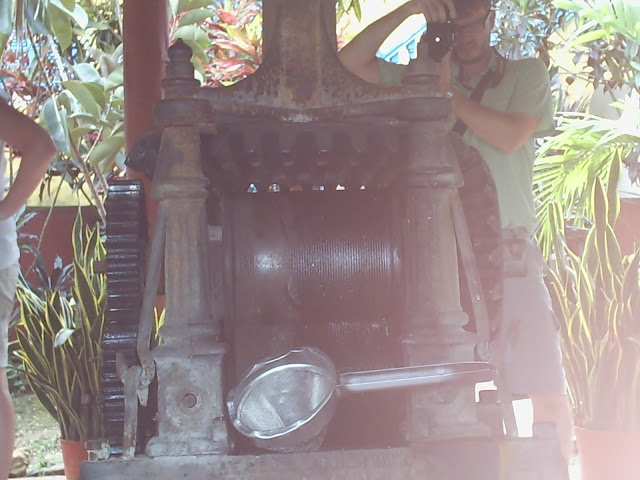 Part of the sugar mill 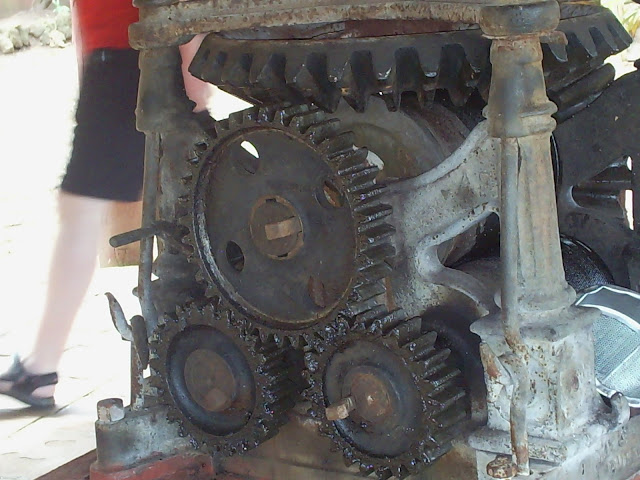