Some pics of the city of Casablanca , but mainly the mosque (Hassan II). 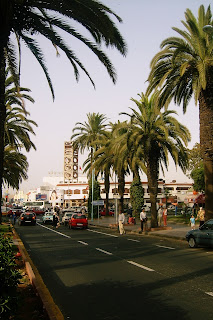 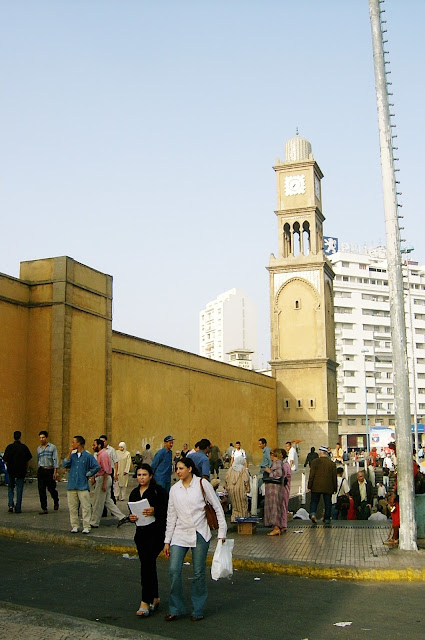 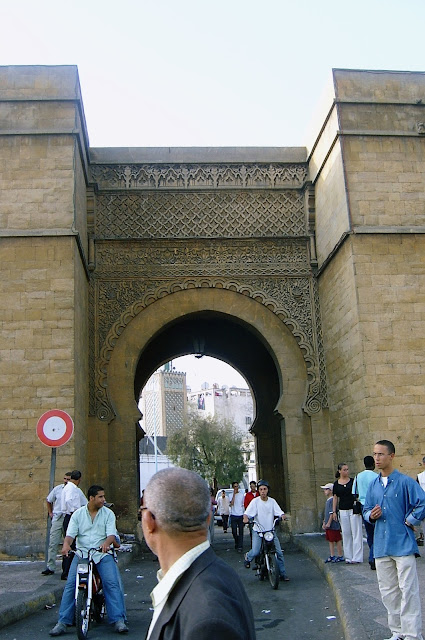 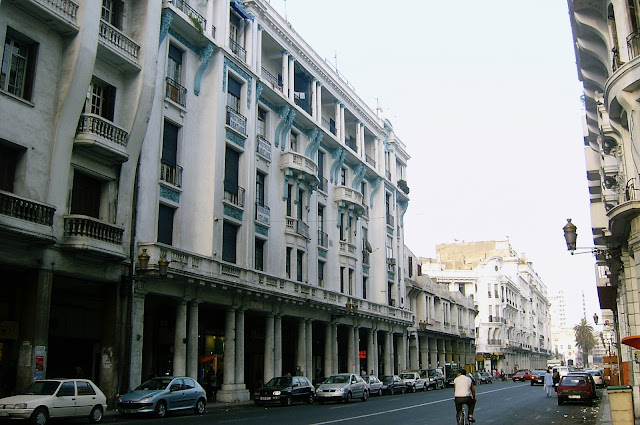 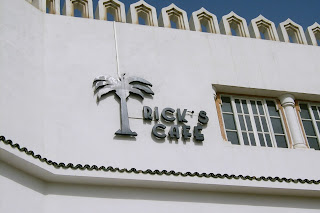 
The video above was modified using a 3trins video synth.

The Hassan II mosque is the 13th largest in the world. I think it's minaret is the tallest at 210m 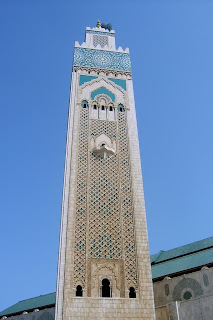 the mosque complex was designed by French architect Michel Pinseau, took six years to build and was completed in 1993. 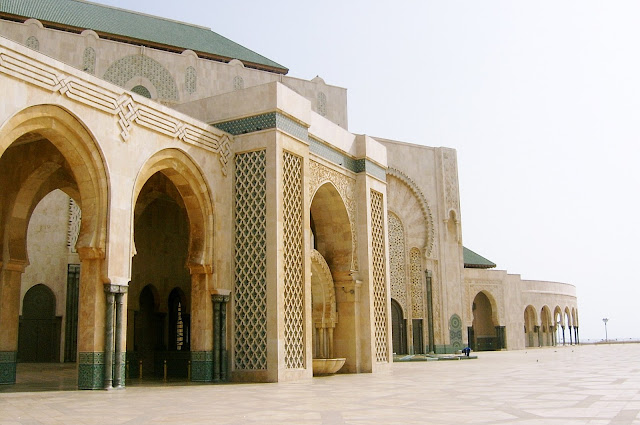 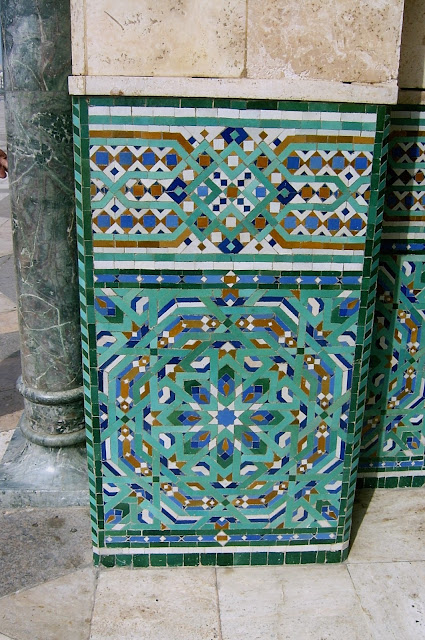 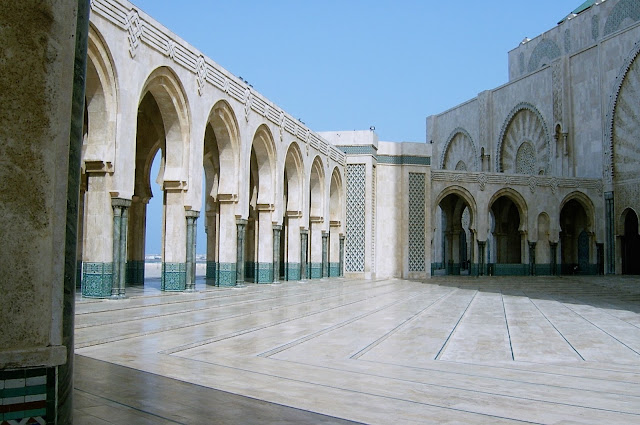 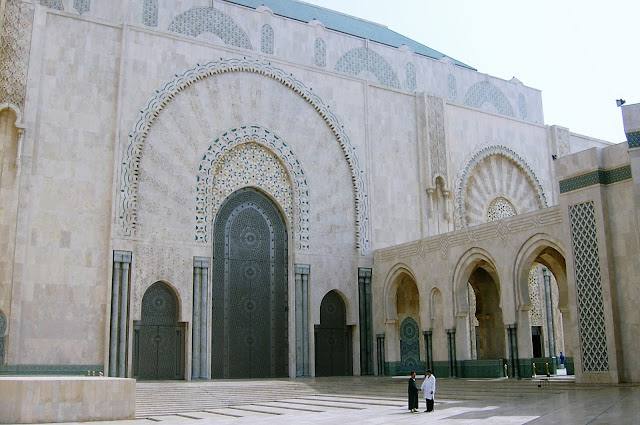 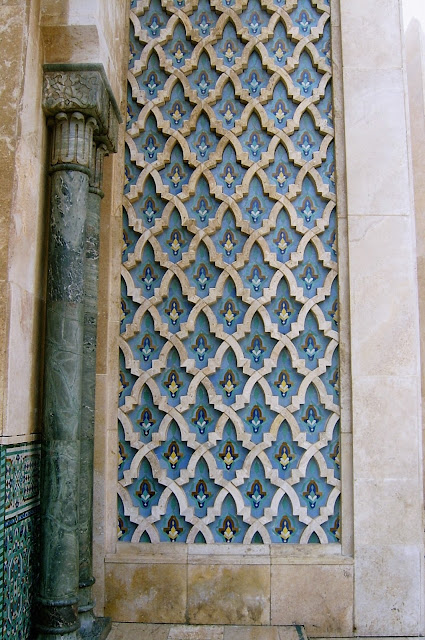 A team of over 6000 master craftspeople was assembled to work on the mosque, delicately carving intricate patterns and designs 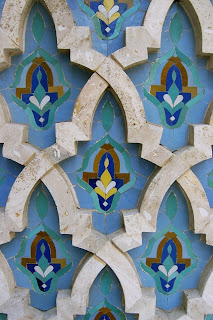 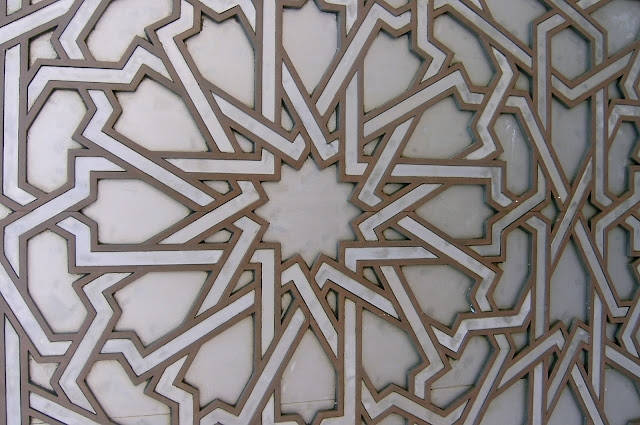 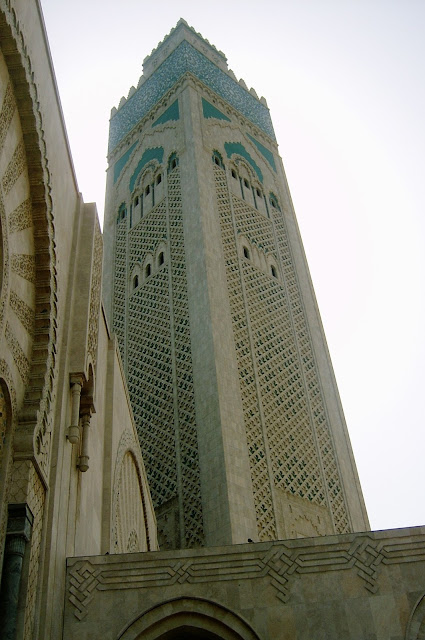 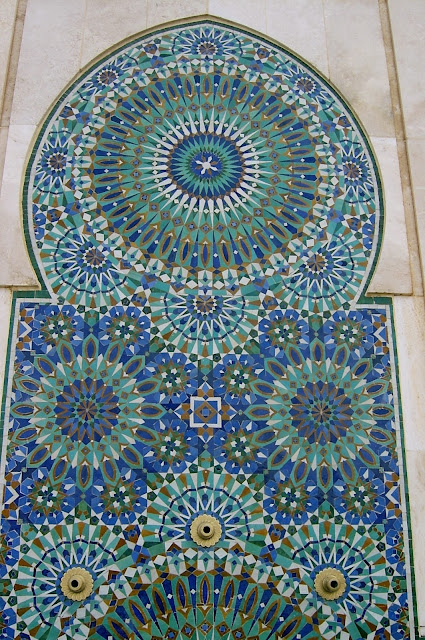 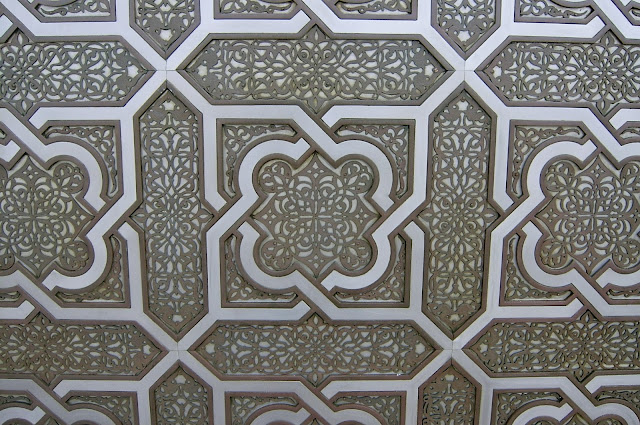 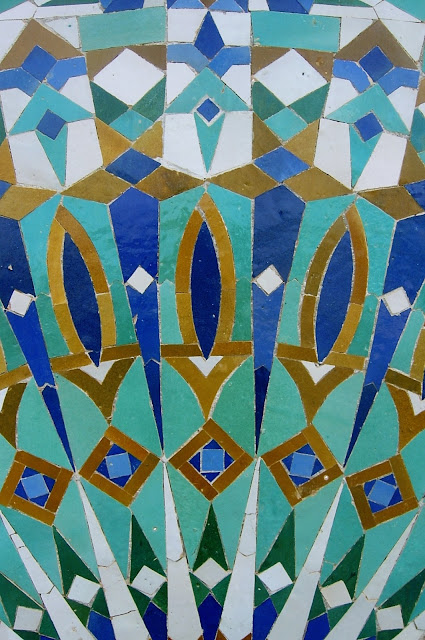 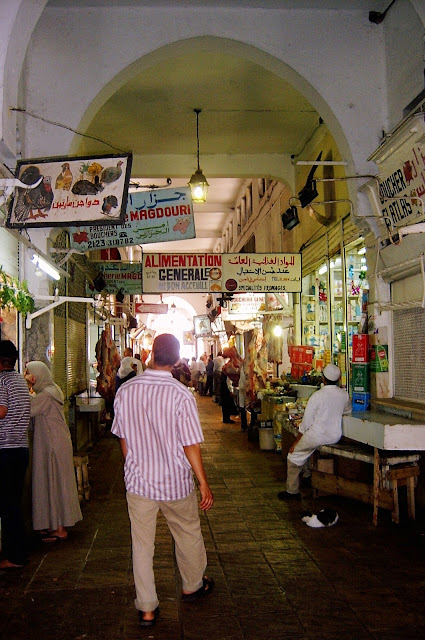